I absolutely adore scary games. Ever since first playing the original Resident Evil, I’ve had a love of being afraid. That intense lump in your throat as you don’t know what’s around the next corner and you hesitate to move forward, seeing a corridor and not wishing to actually walk down it because anything could jump through any of those windows, these are feelings many gamers have had and they should be absolutely cherished. It’s a shame, then, that the usually terrifying Fatal Frame (or Project Zero) series has become very not-scary, and a little more frustrating instead.

So to start with, Project Zero: Maiden of Black Water follows the story of a few women, one man, and an ominous mountain that has a history of dead people and the supernatural. Despite everyone in the known universe understanding that this mountain is nothing but trouble, people keep deciding on having a stroll up the mountain in the middle of the night – most of the time they seem to be doing so just to fulfil mundane errands, such as “I’ve been meaning to investigate this house on the mountain” and no-one, at any point, says; “Hey, let’s wait til morning, yeah?” 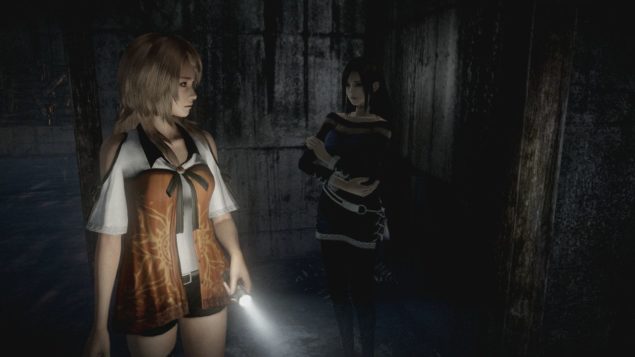 Your very first experience with the mountain will feature all sorts of ghostly apparitions getting in your face and posthumously killing themselves all over again, I suppose for the spectacle of it all. That’s very typical, isn’t it? Zombies are un-elegant and disgusting, ghosts however are the performers of the spooky supernatural world, setting up elaborate set pieces before deciding to leap out at the player. This is fantastic for horror games, which these days thrive on atmosphere and the odd jump scare.

To those ends, Maiden of Black Water does a great job. The atmosphere on the mountain is oppressive and depressing, and the fact that spooky traps are so obviously signposted only heightens your fear as you slowly trudge towards them – where nothing will happen, and you’ll continue your adventure, more apprehensive than ever before. It’s the bait-and-switch tactic that gets me, constantly prepping myself for a scare that never comes, until it does, and it hits me with the force of a sack of bricks. 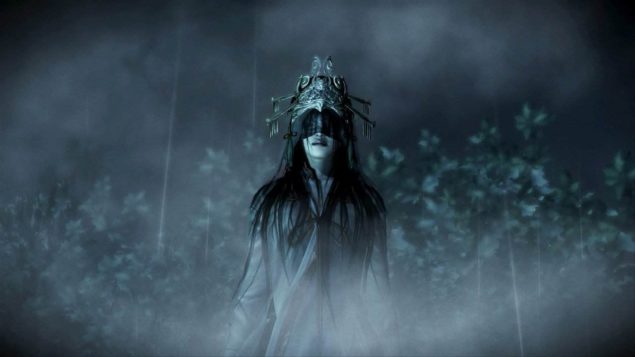 At least, those are the early hours in the game. It’s in one of the earlier chapters that the game puts you in a face-to-face confrontation with an apparition that’ll be regularly seen from this point on, one of the titular Maidens of Black Water. I really don’t wish to spoil anything regarding their story, so long story short is that they died on the mountain and, as a result, they wish for a whole bunch of other people to die on the mountain with them. At first it’s creepy, terrifying even, with an early encounter with a pool of floating corpses giving you sufficient reason to feel a chill down your spine.

But the issue with Project Zero: Maiden of Black Water is that these creepy ghosts are the main enemy in the game, meaning you have to deal with them an awful lot. Your primary weapon, the Camera Obscura, has a variety of films to use as ammo, which captures the spirits and deals damage accordingly. A few shots of a ghost will make eyebrow-raising ghostly heads float around their body, which you can tilt the Wii U gamepad in order to photograph the lot of them and deal the most damage. The first few times it’s strange and off-putting, another weird quirk of a game that’s already weird and quirky, but it won’t be long before photographing random spirits becomes fairly dreary, with ghosts that all seem to resemble the same small handful of people coming after you, and you snapping them like a paparazzi with rent to pay.

The Camera Obscura is at least the game’s saving grace. Finally, the Wii U has a truly interesting use of the gamepad and sadly it seems to be coming far too late. This is the kind of unique idea and application of the gamepad’s features that the console would’ve hugely benefitted from early on in its life, but now that people are giving the Wii U the cold shoulder in anticipation of the NX, it seems Project Zero is sadly being left for dead. 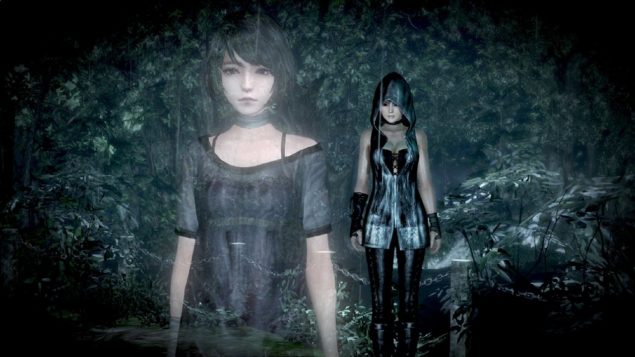 The game isn’t the prettiest either – though, that’s hardly noticeable through the pitch-black darkness that the game is played in. There are some ugly textures and ghosts sure look ghostly, but not very detailed. They look almost directly ripped from a Project Zero title that appeared on the Wii – just, not very good. At least the sound design is good, constantly adding to the atmosphere and giving you chills just when you need them.

Ultimately though, I’m not sure if I can recommend Project Zero: Maiden of Black Water. It depends – does the thought of a niche Japanese title making it through the localization process excite you? If it does, then you’re sure to enjoy what you play of Maiden of Black Water. If you want a creepy game to play while regaling friend with ghost stories then, also, maybe you should buy Project Zero – but if you want a AAA horror experience – the PT that never was – then this isn’t it. There are rough edges, plenty of them, but if you can see past them then Maiden of Black Water is one worth playing.