Plants vs. Zombies: Battle for Neighborville

You know what, had EA not, after launch and quite by surprise, included shameless money-grabbing aspects to Plants Vs Zombies: Garden Warfare 2 it would have arguably been one of my games of the year. It was a fun, engaging and downright enjoyable game that was perfect to jump in and just have some fun. Then EA added microtransactions after reviews had come out. Why? They know it has an impact on the score. What's going to happen to Plants vs Zombies: Battle for Neighborville? Something similar, but at least we know about it.

Plants vs Zombies: Battle for Neighborville has been out in early access for around six weeks now, having launched originally on the 4th of September, finally getting a full release just two days ago. If anything, I'd actually say this seems like a live-service game done right, with Popcap and EA using early access as a proving ground to start rolling things out.

Much like the two Garden Warfare titles, Plants vs Zombies: Battle for Neighborville is a third-person shooter where you take on the role of either one of the titular plants or zombies. Building on the popularity of Backyard Battleground found in Garden Warfare 2, a PvE mode, this has introduced a number of hubs to play through with a decent selection of missions, collectibles, hidden features and more. All of it packed full of the Plants vs Zombies silly charm and wit that's been with the series from day one.

It's colourful, funny and quirky, though that has been true with the series since the original was released in 2009. Here you'll find incredibly well-designed characters that are actually a joy to look and listen to. Each and every plant and zombie has an almost silly amount of detail that's only accentuated by what EA will be monetising like mad - cosmetics. Each character has five different parts that can be customised with a myriad of cosmetics, each with their own rarity. Not only that, the game has a host of emotes, as well as icons that appear to enemies when you kill them.

So yes, there are cosmetics oozing out of every single orifice. What we do know is that it will also contain a premium currency, purchasable by using real-money and obtainable in-game, no doubt in very limited quantities, that will then be used to purchase rarer cosmetics. Fortunately, the game is very generous with the cosmetics that are already in the game and obtainable by using gold. Now, how you get them I'm not a fan of, the game having a literal in-game loot box generator. To my knowledge though, none of these loot boxes will be purchasable using the premium currency.

As well as being generous with the cosmetics, I can't help but applaud the game for being more than generous with actual gameplay. Both the plants and zombies have a wide roster of characters for you to pick from, all of them with a five-tier rank system, each tier unlocking new passive abilities for you to further customise your character how you like them. The way this works is by there being seven upgrade points, with some abilities costing as little as one point, others costing as much as three. How you mix and match is left to you, some abilities simply increasing speed, others healing you as you kill an enemy.

All of these abilities are usable in both PvE and PvP game modes. I'll talk PvP first, with the roster of 20 characters now being specific in their best-use, you won't find a necessity to mix and match between the characters. You'll find the ones you prefer and undoubtedly stick with them. My personal favourite is the acorn, which has the ability to turn into a huge oak tree. Also, with one acorn as an oak, another three acorns can ride along as passengers, adding much-needed firepower and healing support. The zombie alternative to this is the space cadet, where multiple can join together to make a formidable space station.

On the game modes in PvP, you're not going to find much variety. It's all just a streamlined version of Garden Warfare. I do tend to think that there could be a little balancing between characters, but for the most part, I've found myself enjoying myself with the game. Do I like PvP games in general? Nope. Do I like this? Yes. That should be telling enough. You can also play variations of these PvP games in the PvE mode, which will help you get used to the game types. Honestly, you'll find nothing non-traditional. It's simple, fast and fun, even on the losing side.

It's the aforementioned PvE that truly is the selling point of Plants vs Zombies: Battle for Neighborville. At least that's the case for me. At the time of writing the plants have two zones to explore, with the zombies having one. All of them are accessible from the main hub, where you can upgrade your characters, do little mini-games, find some other secrets and more. The zones are just enemy-infested areas with a core number of missions, a variety of side missions and more gnomes than you can decorate a lawn with.

Yes, gnomes. These are the core collectibles in any map, joined by such random elements as fitness tapes, crystal dogs and, of course, audio logs. Each map also has its own special secondary currency that's dropped by enemies and rewarded by completing quests. At the moment, these are sheriff badges, tacos or marshmallows. These can then be used to purchase zone-specific cosmetics or maps that display the chests, gnomes or other collectibles that you've both found and yet to find.

Honestly, I'd normally gripe about maps full of random collectibles. I have griped about it more than a few times when it comes to open world titles like that Ubisoft game (such as The Crew 2 or Ghost Recon Wildlands), but here, the compressed nature of the maps and general charm of the game never seems to leave you thinking that you're searching just for the sake of searching. Rewards such as rare cosmetics or hidden boss fights make the search worth it. That and it's always enjoyable finding a gnome relaxing in a kiddy pool, you wracking your brains on how to actually get to it.

I suppose that's what really appeals to me about Plants vs Zombies: Battle for Neighborville. Not only does the game have the charm that comes with the franchise or compelling third-person shooting against both players and the computer, it has an actual mixture of other gameplay elements, such as platforming, puzzle-solving and even a sort of mini-dancing game. Even some of the sub-bosses, found in bounties, are a puzzle to fight, requiring very specific tactics.

While you're going to find yourself using the same characters over and over again, you're unlikely to find yourself feeling like you're doing the same thing over and over again in Plants vs Zombies: Battle for Neighborville. Not only is it a full game, packed full of fun, engaging, content just after release, it's also one that - thanks to its short run and new content in early access - seems to be getting the live service right. Granted, it's only just come out, it getting more content will undeniably depend on how much it's picked up by you.

The inevitable question is "do I recommend Plants vs Zombies: Battle for Neighborville?" The answer is a resounding yes. Rarely do I think a company like EA can get something right, but they have here. It seems that they've learned their lesson from Anthem, releasing a game that's already worth the entrance fee and one that will undoubtedly keep you coming back for more. 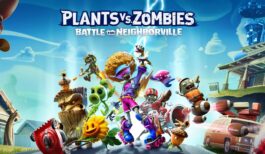 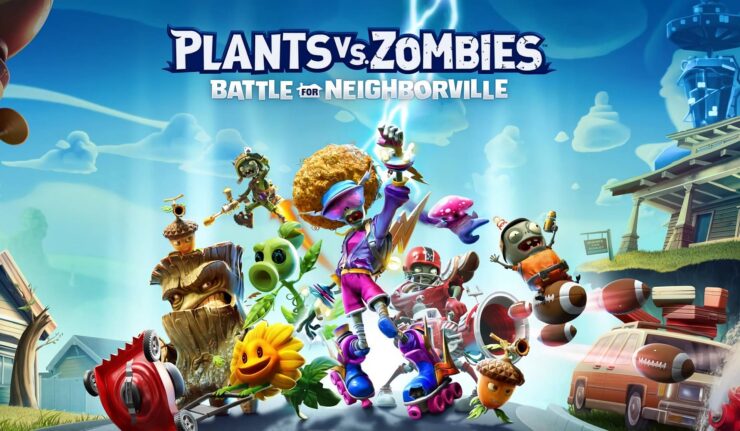 Plants vs Zombies: Battle for Neighborville is a fun, engaging and content-filled game that, in addition to offering a strong online player-vs-player component, is packed full of content that will keep even the most ardent of solo-players engaged. Proving that Electronic Arts can get live service games right, because this will be a live service game thanks to the pending premium currency store, this is still one game that has taken me by surprise and I can do nothing but recommend to anybody and everybody.