The Pitaka Magcase and MagEZ Juice ship in two different boxes. The reason is that the case can be used on its own, as well as with other Pitaka products. MagEZ Juice can also be used with Samsung smartphones, so make sure that you buy the right Magcase for your smartphone. 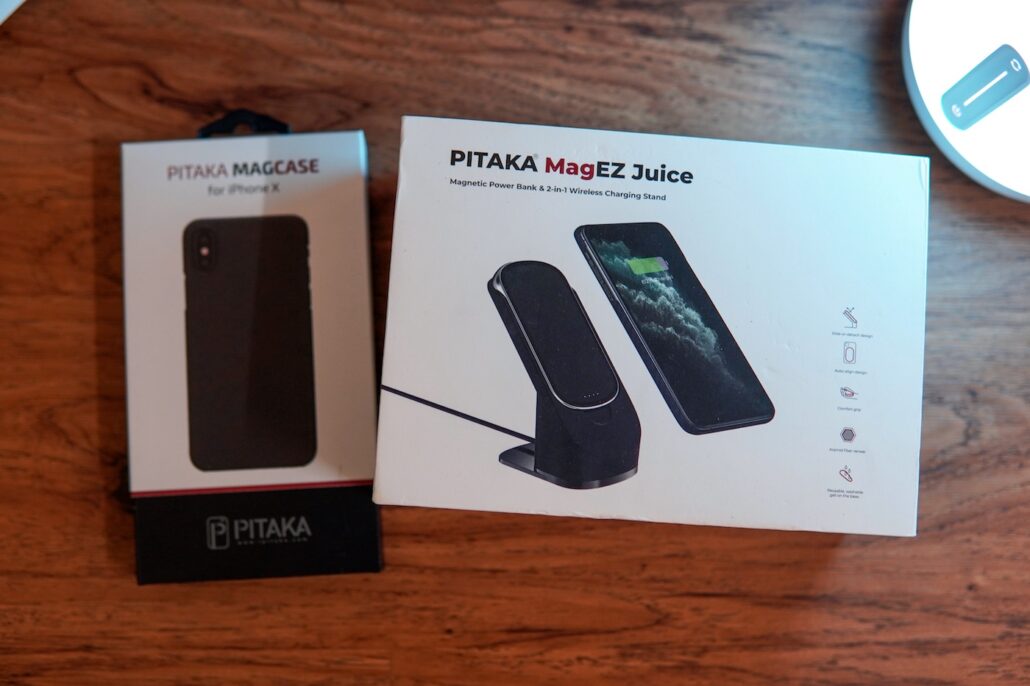 Pitaka has some decent packaging for each product. Although the external boxes are white, the inner packaging is all black. The case does not have anything else apart from a user manual. On the other hand, the charger has the following: power bank, charging stand, power brick, and a metal plate which allows users to make any smartphone compatible with the power bank. The metal plate comes with alignment papers for different iPhone and Samsung Galaxy S and Note smartphone models. For other smartphones that support Qi wireless charging standard, a little trial and error can help in attaching the metal plate properly. 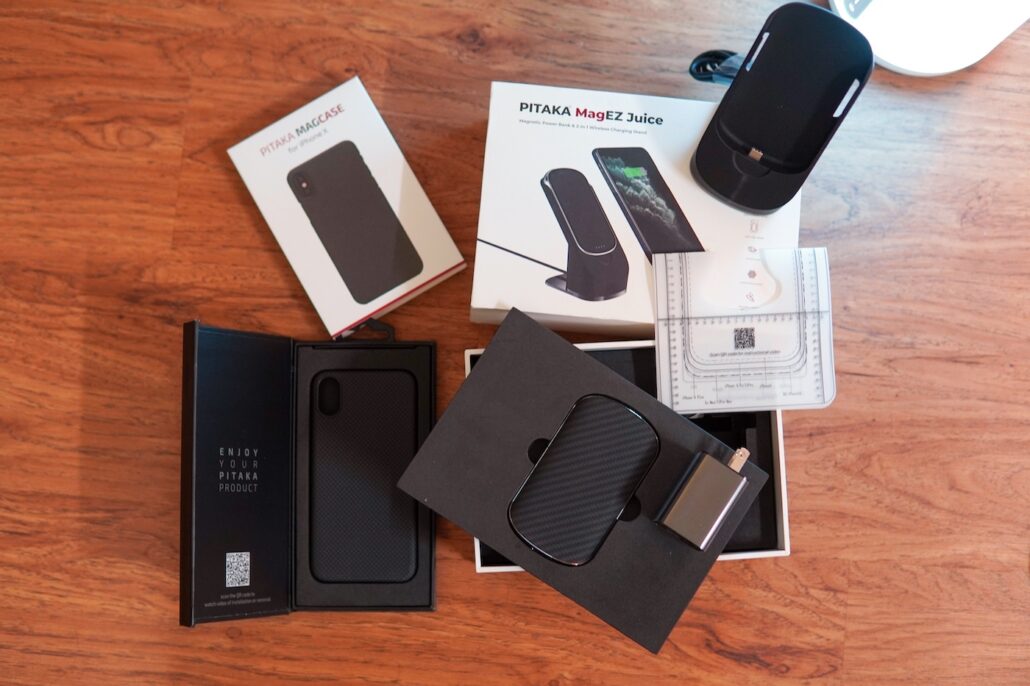 Here are some technical specifications for the items included in the package:

The Magcase is made using Aramid Fiber, which is used for armor and jet engines. The material is five times stronger than steel, but still light enough to use as a case. It contains two metal plates that allow the magnetic power bank to stick to it. Despite the plates, the case causes no interference with WiFi, cellular and GPS signals. 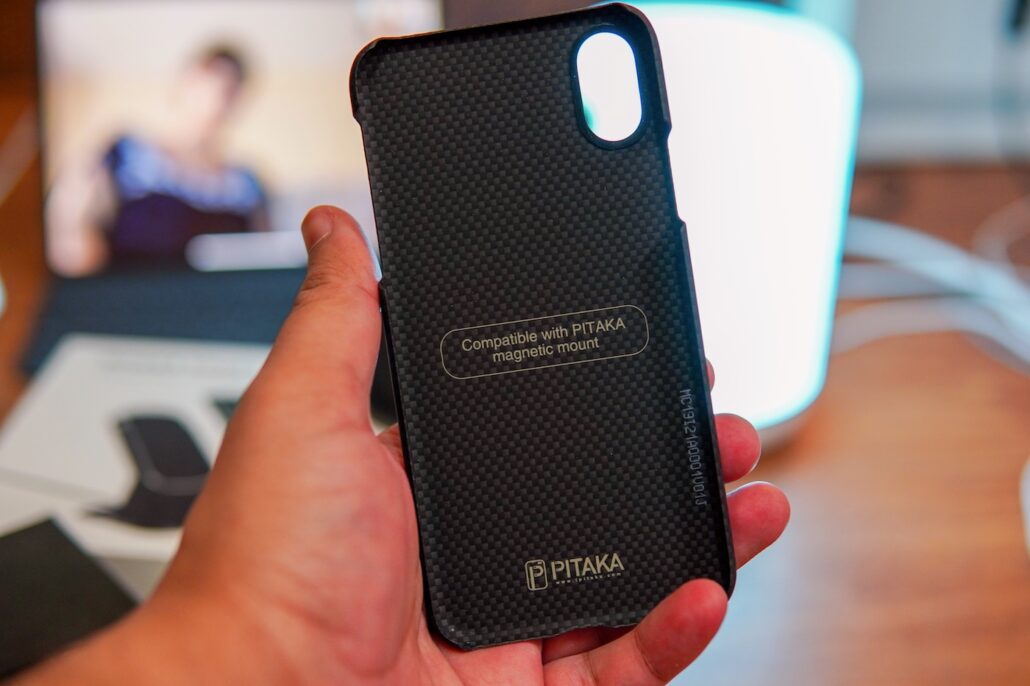 The outer layer of the case is a soft but textured material, made using Pitaka's proprietary 'vacuum forming technology'. In simple words, it helps provide the 3D textured look and non-slippery grip. 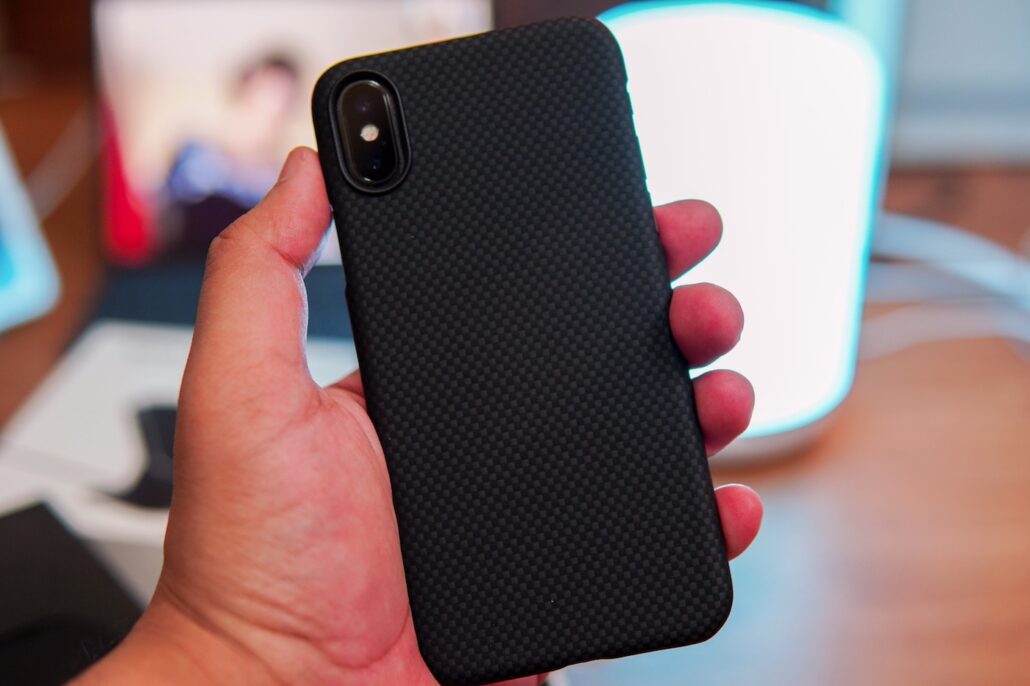 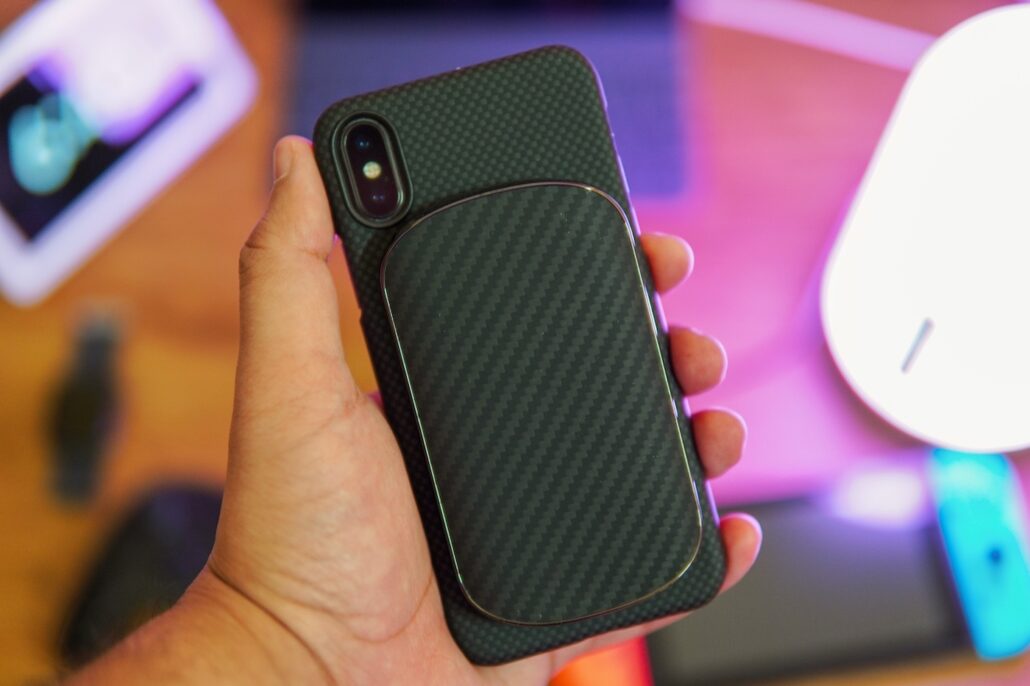 The charging dock ships with a cable permanently attached to it so you cannot replace it with another one if you break it. The cable has a USB-A connector on its end, which works perfectly with the 5V charger that is included in the packaging. The charing stand has a sturdy bottom grip and did not slide at all on a wooden desk during testing, thanks to a re-usable gel base. The dock's angle at which it keeps your smartphone during charge, is really useful, specially for Face ID users. It allows you to glance at your notifications, or just quickly use your smartphone, without having to take it off the dock. 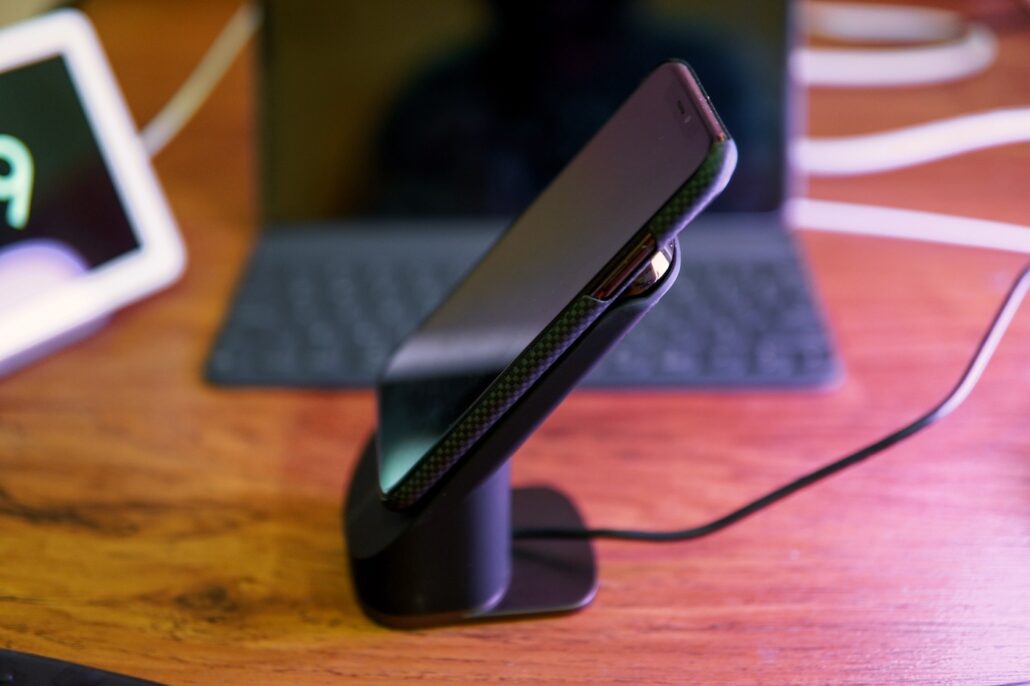 The power bank also has four lights that indicate the battery charge. If you connect a USB-C cable to the power bank's port, it can also be used to charge other devices. Somehow, Pitaka has not made it very obvious on their website, or in the user manual, that you can use the power bank to charge devices via a cable. I tested it with an iPad Pro and it charged just fine, although very slowly due to the weak power output.

If your usage is similar to mine and you spend most of your day moving between your desk and meeting rooms, the MagEZ Juice is a no-brainer. It allows you to stop worrying about battery life as not only it keeps your smartphone charged, it also keeps the power bank prepared in case you need to leave your desk. You can always detach the power bank and put it in a bag to re-use later, or you can just keep it attached for an extra 30% battery capacity. 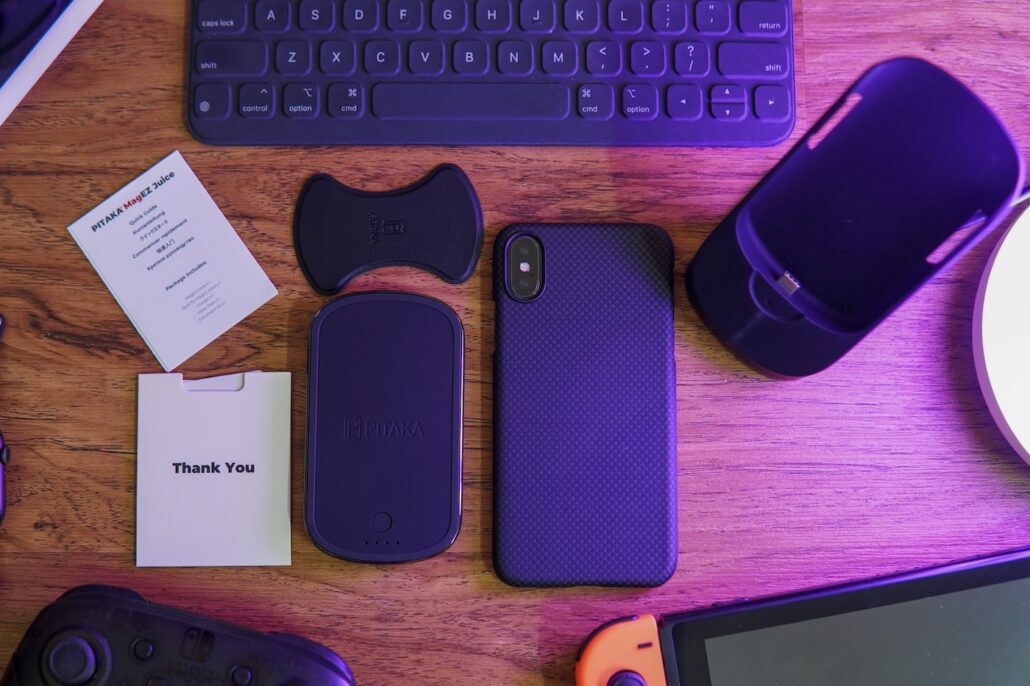 One of the most annoying things about using a power bank is that it becomes yet another device that you have to constantly charge. MagEZ Juice makes sure that you don't have to worry about charging your power bank again. The case looks great too.