Turn-Based Tactics games have made a resurgence over the past seven years. Following the launch of XCOM, the industry seemed to realise that these titles, when done right, could be very well received and successful. From XCOM and XCOM 2 to titles like Phantom Doctrine and the outstanding Valkyria Chronicles 4. Phoenix Point, developed by Julian Gollop - the man behind X-Com - looks to enhance and improve on the XCOM formula.

Know what? I'll be damned if it doesn't manage it. Phoenix Point is, as the title of this review indicates, XCOM evolved.

Granted, every now and then evolution comes with a few mishaps. A misshapen tendril here, a vestigial organ there. Phoenix Point isn't without any of the downsides of this evolution and these are what I'm going to start with. In keeping with the theme of evolution, one core issue with the game is that it can be very slow. Not only is it slow to get to the exciting parts, but it's also slow to progress whatever you're doing.

Often this is due to the overwhelming number of attacks on your base(s) or AI-faction controlled havens around the world, most of which you're pretty much required to move in and help. If you don't, you may as well write the place off as the next on-land crustacean colony. Every now and then a haven, these being places run by one of the three human factions, can defend themselves successfully. It is only every now and then and I've yet to figure out exactly what determines the success of the place against the encroaching Pandoran threat.

The problem this causes is a huge bottleneck to the pacing. All too often you'll find yourself doing the same mission over and over again as you defend yet another haven, either protecting civilians or high-priority buildings. As a matter of fact, all too often the worst side-missions pop up too often and have you doing the same thing, particularly resource collection missions. It's tiresome, particularly when you've seen far better encounters at other parts in the game.

Other, far smaller and mostly inconsequential issues are present in the game. From the way the buildings fall apart as if they're just loosely put-together toys to how the character animations can start glitching which directly impacts the game's flexible shooting. The only other major issue I've encountered is that Phoenix Point has more bugs than the ones you're fighting, with the game getting stuck during an enemy turn or just deciding that it wants the world to end in its own terms and just crashing.

I mentioned the flexible shooting found here in Phoenix Point. It's almost strange that I very recently loved one single aspect about the pretty damn rubbish Narcos: Rise of the Cartels, that being the ability to shoot in a first-person mode. Here, it isn't dependant on overwatch or a reaction shot, you can simply pop into first-person and take your shot whenever you like, provided you have the required action points. This VATS-like system lets you pick particular body parts, even weaponry, and target them directly.

Not only does this enable you to prevent the use of certain abilities. For example, disabling the head of the Siren enemy stops it from using its mind control ability. That or you can simply shoot the gun of an enemy, meaning it simply can't shoot you again. A great move against certain Pandoran enemies and very effective against all humanoid opponents. What I like even more is the flexibility it offers in that it lets you pick openings the game doesn't recognise, such as the arm of an enemy just peeking from out of cover, or that it lets you create a door for yourself. There's little more satisfying than blowing up a wall protecting an enemy then raining hell down on them.

In keeping with this focus on flexibility, the idea of a movement phase and an attack phase found in other Turn-Based Tactics games doesn't appear. Here, you have action points. These action points are further divided up, letting you use even half of a point to move out of cover, use three then to attack with your sniper rifle - possibly using first-person to target a particular body part - then using the remaining half of an action point to return to cover.

As well as action points, you also have will points to think about. These are both used as a measure of your character's ability to continue in battle - have none, you're going to find a character panicking and proving completely useless. Will points are also used for special abilities on the battlefield (though some also use some action points). The combination of a granular action point system and abilities that can use one or both of the point types offers much greater flexibility in combat than games of a similar type, even that of XCOM.

You can probably already predict some systems that will be found within Phoenix Point, especially knowing that Julian Gollop is at the helm. A high level of customisation can be found within, featuring more armour, weaponry and equipment than I can even keep a track of. For that matter, that's also another issue here, the UI is unintuitive as hell and makes managing your soldiers and their gear a complete and utter pain in the arse.

On that, there are a few things that could have certainly done with improvements and a slight move towards a quality of life. Soldier recruitment, something essential in a game which is relentlessly trying to bugger what few soldiers you have, should be easier. I shouldn't have to look into every single haven separately to find one that has the specific type of soldier I'm looking for.

The same applies when managing your aircraft and soldiers. You can manage multiple squads at the same time, each attached to an aircraft, only there's no way to scrap aircraft you no longer want or need. It's a pain moving between each soldier and group, requiring management of their equipment, ammunition and even levelling them up.

It is all fairly extensive. There are six classes of soldiers, each having a variety of skills to learn and attributes to level up. When they reach a particular level, you can also add a secondary class to the soldier, increasing the armour and weaponry made available to them. While it adds to the customisation and choices available, it all contributes to slowing down the game as you have even more to manage.

Still, even with it slowing down, there's something to be said for Phoenix Point when you look at the grand scale. The world is created on a grand scale and, as this isn't the one we're used to, you'll be exploring it all anew. You'll use your aircraft to fly around between located areas, finding new havens and hopefully new bases. In addition to these, there are the aforementioned missions that have you scavenging for supplies, others that see you ambushed and also some choose-your-own-adventure style mini-stories.

This is where the game is at its best, where your choices and actions create a personal story. That's why permadeath of a soldier also matters - your actions in battle also matter, even if it's sacrificing one soldier to distract the Pandorans while the rest escape and survive. This tells the story of your actions to save humanity and Earth, whatever these happen to be. I have a slight quibble that doesn't really matter, but I've had missions sending me to the Svalbard Seed Vault, only in the game it sent me to somewhere around Colombia. Last I checked, Colombia wasn't in the Arctic Circle.

Other smaller elements that I really enjoy about Phoenix Point are the inclusion of vehicles and even monsters of your own for combat. You can essentially buy armoured vehicles from one faction, or build your own if you've researched them in the extensive research tree. Naturally, you need the resources to build the vehicles or create your monstrous units for battle, which includes the particular buildings in one of your bases.

The base structures also being yet another aspect of management to keep you thinking. You're going to be thinking about the number of satellite uplinks, letting you scan more of the earth and unlock more areas, or the number of living quarters, training facilities and med bays to keep your units in fighting condition. Of course, buildings require power and you need to keep an eye on that. For some, this added layer will be an extra pain, but it all adds to the overall feeling in the game that every decision matters and that you are the last line of defence for humanity.

Being the last line also means you come into conflict with humanity. I've mentioned the havens and other human factions you can hire from and do missions for. The diplomacy system in Phoenix Point is basic, to say the least, but it manages to do what it needs to do. You're not forced to pick one out of the three factions, being able to work with them all. Granted, your choices will lead you towards one faction more than another, thanks to them having some massive differences in ideals.

One faction, New Jericho, are military-focused. Synedrion are focused on bringing humanity to a pre-Pandoran state, but with the removal of a class system. Finally, the Disciples of Anu are crazed religious fanatics who believe that the mutation caused by the Pandora Virus is the next stage of humanity. The more you do for one faction, the more chance of coming into conflict with another. This conflict also gets noticed on the world map when factions actually start going to war with each other and you actually see troops from one haven attacking another. Humans, we can't even get along when faced with extinction.

So after all this, what do I think about Phoenix Point? There are certainly some issues with the game, aspects caused primarily by the move away from the simplicity found in modern Real-Time Tactics games. The inclusion of research, diplomacy, squad management, base management, resource management, multiple mission varieties, defending different locations against the encroaching Pandoran threat and even more all contribute to the slowing down of a game as you progress. It will, undoubtedly, make it difficult to reach the conclusion of any particular game.

Still, what is really enjoyable is the journey. You're going to find yourself making decisions that have a massive impact and one that you may not be able to make in a future game. It all makes for a fantastic return to the older X-COM style of gameplay. After playing more modern streamlined titles, the return to a very slow-burn, multi-faceted title can be somewhat jarring. Still, it's more personal which, when working with the increased tactical options, can make it more engaging. All of this is what sold me and will undoubtedly sell you on Phoenix Point. 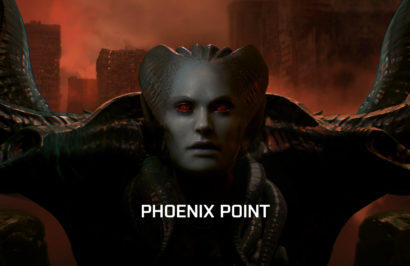 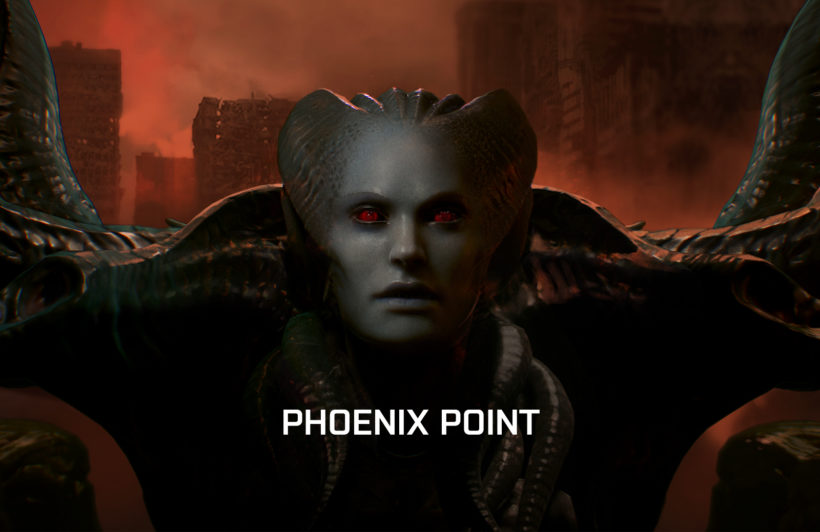 Phoenix Point offers a great return to a more complex, more involving, if not a little too slow (at times) version of the XCOM style of game. Featuring a massive amount of customisation and personalisation, from the building of your own personal Earth-saving force as well as diplomacy with the surviving factions, you have a massive amount to sink your teeth into. Add onto this some of the best tactical gameplay around and a very replayable nature, you have something that will suck you in. There are issues, it can grind to a halt at times and it can also feel a little repetitive with repeated side-missions. In the long run, this is a great game and one that is well worth spending your time with.