It's only been a mere two years since The Phantom Thieves of Hearts broke out into the spotlight in Persona 5. Since then, we've seen pseudo sequels get developed and released in Japan by way of Persona 5 Scramble: The Phantom Breakers , a full-length anime, and others. With a story that wrapped up neatly in the original game, I was left wondering what else is left for these Shujin Academy delinquents. Atlus has once again put these heart-stealing rogues onto center stage with Persona 5 Royal, a greatly expanded version of the original PlayStation 3/4 JRPG. Does Persona 5 Royal capture our heart just as the first game did, or should this be one treasure to pass up?

Expanded re-releases are nothing new for the Persona development team. Since the days of Persona 3 and Persona 3 FES that introduced an entirely new epilogue known as The Answer, each game in this Shin Megami Tensei spinoff has gotten a secondary release with new content. Persona 5 continues that trend with Persona 5 Royal, adding even more to an already meaty JRPG experience. While the original title clocked in around a hundred hours on its own, revisiting Persona 5 Royal means investing at least that much time alone just to reach the new treasures within.

With no transferring of save data from one game into the next (loyal players are rewarded with a number of in-game items for having a Persona 5 data but no real progression), Persona 5 Royal puts players back at the beginning of their first days after transferring to Shujin Academy. The first few story beats of banding together with an amateur fashion model and fallen track star to create The Phantom Thieves of Hearts is all too familiar a tale to those that played the original game. Glimpses of the new characters and content are interspersed throughout the calendar year, with two new confidants to befriend and earn their trust. Councillor Takuto Maruki and Kasumi Yoshizawa, bearer of the Faith arcana, are the two new confidants that can be wooed over to the player's side in the same fashion of the other supporting members that wish to see the Phantom Thieves succeed.

With the main school year at Shujin Academy going through until the end of December just as the original Persona 5 story, how can players manage to squeeze in two more confidants to spend time with? The main answer to this is with how liberal your companion Morgana is with letting you spend your nights. One of the greatest criticisms I felt with Persona 5 was with how limited your nighttime activities could be without Morgana telling you to get some sleep. Couple the extra time spending out late along with the secret perks from leveling up the Temperance arcana (typically you're limited to staying indoors after exploring a dungeon or Mementos but a massage on demand opens up those possibilities) and that's a lot of extra time to spend working on your social skills or meeting with those you wish to bring onto your side.

That extra time is also handy with being able to visit Kichijoji, the new city location to Persona 5 Royal. This small hub is home to a number of social activities, from visiting a local jazz club at nights to praying at a temple for good luck or spending time with friends at the local darts & billiard club. All of these activities have a secondary purpose that's integral to the RPG side of Persona 5 Royal: stat building. Praying at the temple raises the main character's SP, while playing darts and billiards can raise the effectiveness of baton passes in battle or increasing Technical damage. By the end of Royal's last semester, I was spending most of my time at the jazz club because of the increases to your party members' stats when you invite one of them out for a night of drinking mocktails (and a certain few nights bring on a jazz singer that can help that party member learn a new all-important skill in battle such as Debilitate).

The social calendar to Persona 5 Royal is more packed than its ever been and that can be a little daunting for new players. With only eight months to play through the main story of Persona 5 and being limited to one or two activities in a given day (and sometimes none at all, especially when exam time rolls around), that's not a lot of time to hone your skills. Unless you go into the school year with a clear plan of attack on who to talk to on what days, odds are you won't be able to see everything in a single playthrough (and aside from the in-game achievement in the Thieves' Den, there's no reward or unique persona for maxing out every confidant). That stress of having to choose who you spend those limited days with can lead to a bit of choice paralysis. If you're connected to the internet when you start Persona 5 Royal, there's a feature to see what options other players chose, as well as indicators on the in-game map of who is available to hang out with at that point in time. Aside from the mandatory dungeons that prop up every month, Persona 5 Royal is a game that's better spent going at your own pace without worrying about wooing every possible friend during that limited calendar year.

If you're wanting to reach the new content in Persona 5 Royal, however, you will need to spend time with the new confidants along with at least one other key character and get their social links up to maximum before the end of the calendar year. Reaching the third semester that marks Persona 5 Royal's new content can in fact be gate kept and locked away if you don't abide by this and simply coast your way through. Unless you max out Maruki's confidant rank by the time he leaves the school, the game ends as it normally would and locks the player out from seeing the new content. Imagine having to play through a hundred hour RPG and being locked out of the new content just because you didn't spend your time wisely enough.

The new semester in Persona 5 Royal falls in line with Persona 3 FES' story content, although in a shorter time span. By the time I defeated the final boss of the campaign and rolled into the new year, my party was in the high 80's level-wise and my Persona collection had few gaps in its effectiveness. The new semester itself lasts a month long with one new palace and a handful of Mementos missions to undertake. There are also a small number of additional Persona to recruit and fuse but the number was far lower than I expected. Lastly, each party member that you've gotten to max our their relationship to the main character with can awaken to a third evolution of their Persona, changing up their passive skill and unlocking one new ability each. With a properly leveled team and firm grasp on the battle mechanics, this new semester of gameplay took around fifteen hours but players that came unprepared and need to grind out a few more levels can easily spend closer to twenty or thirty.

Kasumi Yoshizawa, the newest member of The Phantom Thieves, is also a key member of the Persona 5 Royal story and finally becomes a proper party member during this final month. While she is teased throughout the story with a few key appearances and can be visited as a regular confidant, she truly shines once she is able to be recruited. With her Persona having skills that follow the Bless school of magic, she's a valuable team member that helps to cover all of the elemental affinities while the player remains the wild card.

Players may be frustrated to find out that their save data from the original game doesn't carry over into Persona 5 Royal, but there is a good reason for that. While the final semester is the main drawing point to the package, there are a great number of changes to the RPG and combat sides of Persona 5 Royal. Guns are finally useful, because as Morgana explains it, the enemies you run into always think you're going into battle with a full clip. No more rationing bullets between battles as you can finally fire away at your heart's content in each battle. Certain party member combinations also have new co-op Showtime attacks that are always super effective at clearing out weaker groups of enemies. Each dungeon hides a new type of collectible called Will Seeds that, once all three are collected, unlock a new accessory that is powerful in its own right but can be upgraded by visiting the Mementos dungeons. The other key change is in the addition of a grappling hook to aid in dungeon exploration; each palace has been slightly reworked to accommodate for this new tool, but it's just a tool for getting past specific barriers and not more of a open world tool (although it can be used to help sneak up and ambush pesky Shadows). 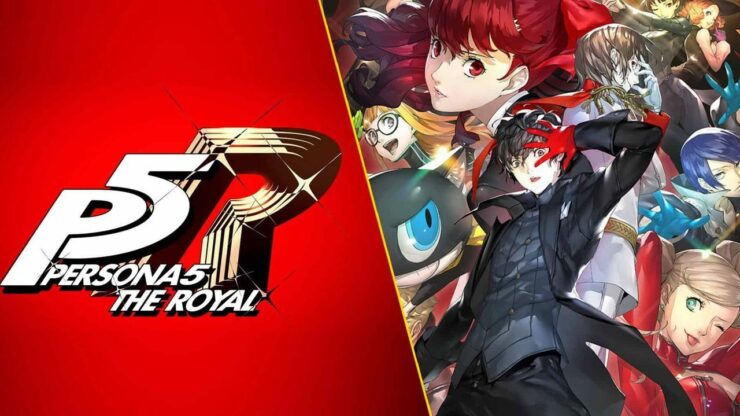 Persona 5 Royal is the definitive version of the Phantom Thieves' rise to infamy, however, Atlus asks a huge commitment of time from the player to see what's new.