Being a bank robber sounds so exciting. Wandering into the location armed to the teeth like Neo in that one scene from The Matrix - you know the one. It’s a simple power fantasy, one that I don’t think I’ll be undertaking anytime soon, but in Payday 2 it can be loads of fun to live that fantasy out, finally - there’s even a John Wick costume to get yourself a bit closer to Neo. But while it should be a ripe place to live out dreams of becoming an efficient bank robber, it doesn’t really pan out that way.

In case you didn’t know, Payday 2 is a game where you can undertake a variety of heists with friends and people online. You’ll be raiding banks, planes, shopping malls, stopping vans filled with precious cash, you name it. And levels are surprisingly comprehensive. A plane level begins with you unloading the precious cargo, following after it with parachutes, lighting flares for a chopper, loading three different cash pallets, and then escaping through the sewer on a boat, shooting cops as you make your escape. 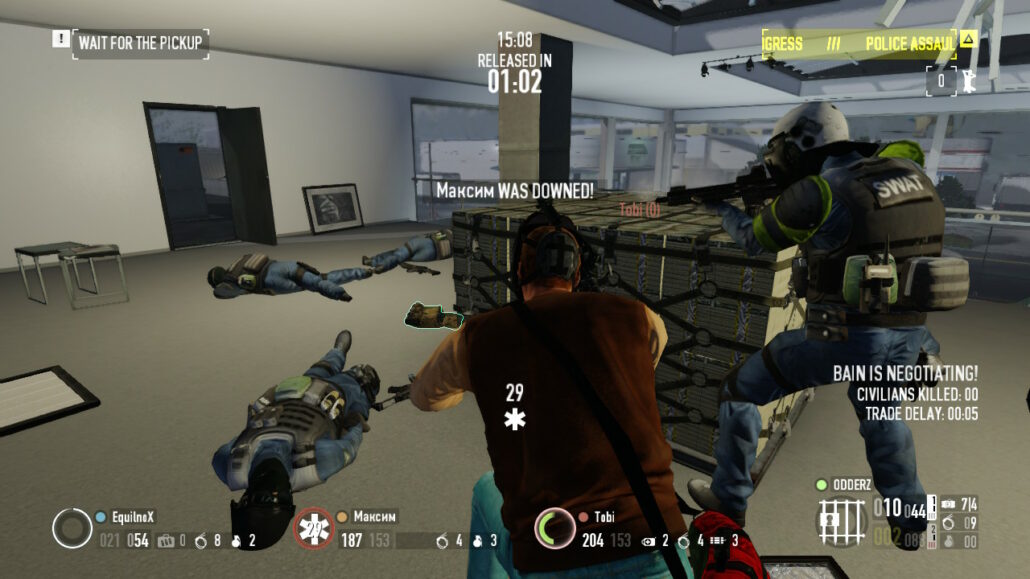 Payday 2’s missions really do cover every base, including a variety of ways to undertake the task at hand, like stealth sections for reconnaissance and key item gathering before going in all guns blazing. The game even gives you a concealment rating depending on how obviously suspicious and difficult to hide your loadout is. In these moments, it might be better to let online pals take the stealth route, before backing them up when things go south.

When Payday 2 works, it can actually be loads of fun, but it makes it difficult to get there. The fact is, the early game is not fun. Drills will be your main (only) way of infiltrating, and the game makes it clear there are other options, but doesn’t help with how to go about other methods of infiltration. How can you use C4 to infiltrate safes? The game doesn’t tell you. You’ll need to figure out how to equip that yourself, and it doesn’t help that the game doesn’t even label C4 as C4 in the equipment menu. In the meantime, you’ll be using drills which regularly break and require fixing (a really long process).

Luckily as you level up and get new gear this is made much easier, especially when you advance skills which reward you with more C4, or reduce the likelihood of drills breaking, or even repairing them with a melee attack, which definitely speeds things up. When you get into the swing of things, Payday 2 has a pretty satisfying gameplay loop, and leveling up early on is pretty straightforward. 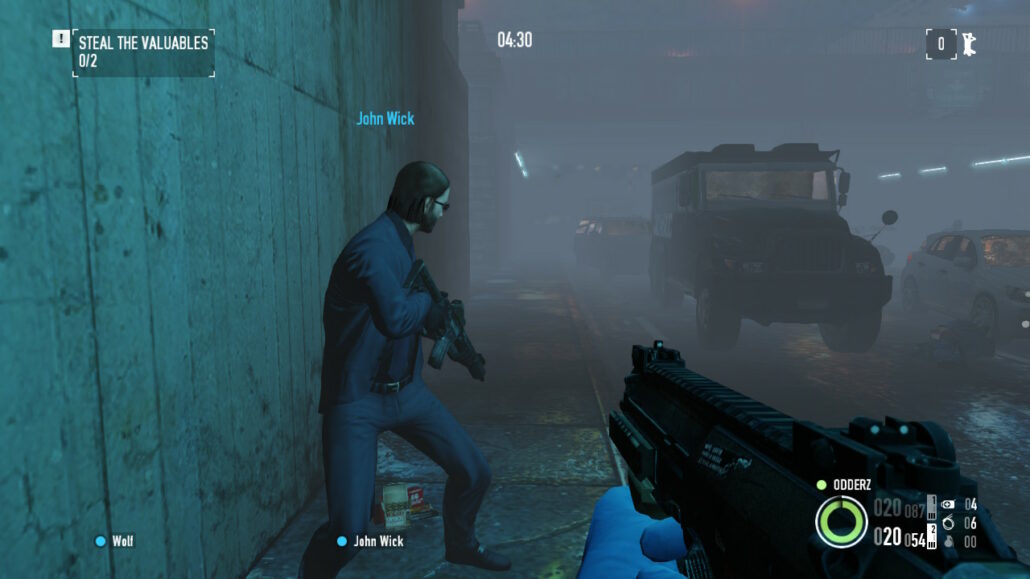 But things fall apart so often during missions that everything is sadly ruined. For one thing, AI pals are either not as good as or much better than real life players. In stealth missions, other players often ruined things for me very quickly, while during any other mission, a real life player made it much easier to access multiple objectives and get missions moving at a swift pace.

And that swift pace is necessary because unfortunately, some heists can easily take over half an hour to complete, especially if you’re not familiar with the objectives in advance. The first ten minutes fly by, but the last ten really drag. It makes Payday 2 an awkward game for the Switch too because it’s not like you can jump in and out to complete small objectives while playing in handheld mode.

Oh, handheld mode. It’s a shame, but performance and framerate drops get in the way. In fact, it seems as if the framerate drops whenever you fire your weapon. I turn, and see a bunch of enemies that have suddenly spawned? Framerate holds up, I aim my weapon, and suddenly it just all falls apart. Needless to say, this makes intense firefights a frustrating experience, and the framerate drops still occur in docked mode too, though feel less severe. The visuals mostly look pretty good and crisp, ignoring a lower-than-1080p resolution, though that makes me feel that the textures could’ve honestly taken a hit in exchange for some more stable performance. 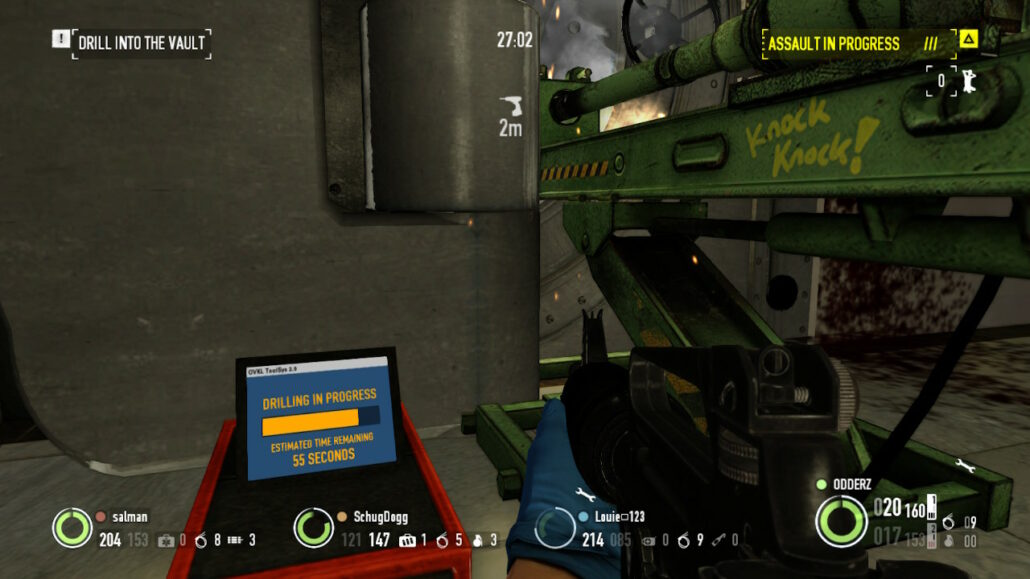 There’s also the controversial case of Payday 2 on Nintendo Switch being behind on content, in comparison to other versions. Right now it is an update behind PS4 and Xbox One content, and several behind PC. The developers promise more updates in the future, but this does mean that players coming from other versions are going to be let down by the content on offer. Conversely though, there’s loads of content here for players unfamiliar with Payday 2, more than enough to keep players content until content patches in the future.

Part of me so badly wants to say that the only thing holding back Payday 2 on Switch is content and performance, but it doesn’t end there, and the fact is there are issues with the base game. Sure, this could be one of the better shooters on Switch right now, but the gunplay is still sub-par with weapons feeling frankly weak and deeply unsatisfying. The fact that the framerate drops so often while shooting certainly doesn’t help matters, and it all comes together as a bit of a mess. 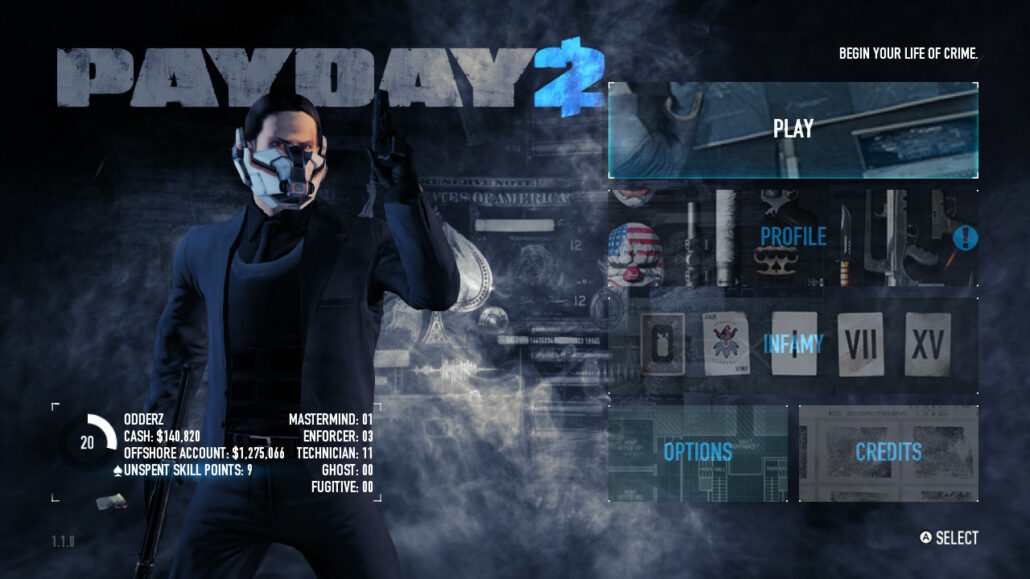 Which, again, is such a shame, because as I said the gameplay loop actually feels pretty good and rewarding, but so often gameplay in missions either drags out too long, or performance ruins the experience, or some missions, especially the stealth ones frankly, are just frustrating from the right off.

Should you get Payday 2 on Switch? Well if you want an interesting multiplayer shooter and don’t have access to it on other platforms, sure. Otherwise? Probably not. Maybe wait to see how things are after an update or two.