Oriental Empires is a game I really found myself looking forward to. When it was originally announced, I jumped right aboard. I love history. I love Chinese history, particularly that of the Three Kingdoms period. Although that isn't covered in Oriental Empires, the setting and the promised 4X gameplay was more than enough to suck me in.

There's something truly engrossing about managing an empire, the needs of your people and balancing these against the greater needs of survival. These games become all the more interesting when you're actually under the cosh. When, regardless of difficulty levels, you're going to be facing a challenging time that takes wits, tactical decisions and strategic planning to get out of. Especially when leading an empire that you truly make to be your own.

It leaves me in an awkward position. Oriental Empires features some of these aspects. It can certainly leave you in a difficult position, but there's little that any of your strategic planning can do about it. I may be wrong here, but even the tactical decisions you make seem more to give the illusion of tactical combat, rather than actually influencing the battles. Also, beyond a colour palette, there's little to differentiate you from every other faction on the map.

This isn't to say that every faction is completely identical. There are two campaigns to attempt, as well as a custom game. The Grand Campaign offers the largest area, arguably too large. The second campaign, Warring States, takes place on what seems to be a more condensed map. This second campaign also features the most variety in factions, with a number having specific units unique to themselves. Beyond this, however, the differences are more for the number crunchers.

For example, Shu has a 15% increase in the value of trade and a 20% increase in craft development. However, they suffer from a 20% decrease in thought development. Wu, on the other hand, have a 10% chance of killing enemies when using bladed weapons and a 15% increase of the kill chance for naval units. Their chariot and cavalry units, however, have a 15% reduction of their attack value. Factions are also designated as farmers or herders. Bar a few unique items and the percentage increase/decrease of certain units, you'll not find anything to personalise your nation.

What does sadly lack variety is the technology tree. Every faction shares the exact same tree. While the design of this tree is nice, taking the oriental feel by using Mahjong tiles to depict the technologies, it only offers a superficial feel. The problem is that while the tech tree is extensive at first appearance, it's surprisingly small. This is because the tree is divided into four categories and each category can be researched concurrently. This effectively means there's no decision to be made of whether to focus on military or cultural aspects. You're covering everything, all the time.

So far, so standard. Being standard is a problem that runs throughout Oriental Empires. Beyond a name change, there's no variety to victory conditions either. Conquest is par for the course, tasking you to hold 65% of the land's population. Cultural Victory is much the same as you'll have encountered before, just gathering culture points through building specific buildings and researching certain things. Son of Heaven is possibly the only unusual victory condition, though it's still similar enough to others. The aim is to have 85% of the land's population accepting you as emperor. The last remaining condition is points, which simply tally up what you've met for the other victory conditions.

Possibly the most intriguing part of Oriental Empires is the inclusion of special characters. These include your faction leader and heir, to a number of military generals, strategists and bureaucrats that can be hired. Hiring these isn't the only way, though. Maps feature random encounters that can only be activated using a named character. Of these encounters, I've found a reasonable variety. The vast majority ask you to pay some gold for a benefit, be it a technology boost or even the uncovering of a large area of the map. Others, though, can even give you a boost of gold at no cost, or simply be a pack of bandits that'll either take your gold or, should you refuse, aim to kill you.

Naturally, a faction’s leader is its weakest part. One controlling factor in your faction is authority. Authority is built up through research, specific edicts and also through having other vassals. One major aspect is that leaders die. They can die naturally or in combat. Regardless, upon death your authority takes a large, albeit temporary, hit, while power is passed on. This is when your empire is at its weakest. If you have too many cities there's a near guarantee of revolt in at least one or two of them.

This is when the game could really be at its most interesting. When you're in trouble, battles on all sides. It does offer some intrigue but it's annoying when a number of the factors that cause these problems are far from your control. One of these issues comes with the other nations. The diplomacy and enemy AI, in general, tend to be a little worse than the game's competitors. All too often has an enemy randomly settled in the centre of my empire, reasonably far from their own. Random demands for settlements would come through by empires far weaker than my own. It just made for some inexplicable situations where I could only laugh at the screen.

Possibly the biggest issue the game has is the unhappiness to the population. Like most games of the genre, you have to contend with the happiness of the people you rule. A big sub-issue to this is that the game doesn't feel like you deserve to know what causes a large part of the unhappiness. Sure, some causes are understandable. Perpetually building, making the people slave away with no rest is a reasonable problem and one you can solve. However, other local problems that simply show up as "local factors" are simply impossible to understand or prevent. The negative effects can only be reduced by researching relevant technologies.

The other unfortunate aspect of the game is the battle system. Screenshots and the blurb for the game can be somewhat misleading. The implication is that you can zoom in incredibly close, for an almost Total War style look of things. While it's certainly true you can zoom in and get an incredibly close look at the battles, there's little you can do to influence them. The options you're given are fairly basic in setting either an offensive, defensive or support role for each unit in the stacks. Frankly, it seems that no matter the settings you choose, the units just seem to roam around randomly, with no real direction or organisation.

Considering this, it makes the battles more of an annoyance than anything tactical or interesting. Units have their strengths and weaknesses. Each unit has an attack, defence, movement rate and a few other numbers I'm still not completely sure about 38 hours in. As earlier said, the problem is that while they obviously matter in terms of combat, even the unit type will matter, there's no feedback to the player to make this obvious. All you're told is that you need archers or siege units to attack a walled city. Everything else is effectively for show. This makes the fact that the game slows down to show these battles, and it slows down for every single separate battle, requiring you to speed up multiple times in a turn.

It's these issues, as well as the fact that there's nothing truly unique, that holds Oriental Empires back. The game looks good, very good indeed. Making full use of the zoom lets you move from a well-detailed overview to seeing even the smallest of details. From the detail of the cities to the workers doing their jobs on the farmland. It's most impressive when you zoom in on a battle, watching the fires rage around a city or the farmland that troops have wreaked havoc on during their marches.

There's little doubting that the developers have really tried to bring the world to life with these small details. Even with the changing weather system, watching the colds of winter spread south and turn your map a frosty white. Seeing the overcast of clouds, the haze of rain and the rivers overflowing with water. It all adds to the atmosphere. It can be great, seeing the interconnected nature of your empire, with the roads and trade routes linking everything together.

Even with city development, there are a few issues. When the initial limitations came about in Civilization, I was one opposed to it. Forcing you to choose one way or another seemed like you were missing out. Over time, the strategic decisions you make in directing a city, creating a cultural capital, a military powerhouse or a trade up made for an extra layer of personalisation. Oriental Empires has a significant list of buildings but due to the large number of slots available, you can build literally 90% of all buildings. The only choice you ever have to make is between a specific school or temple. The impact this has on your game is also minute at best.

The core issue for Oriental Empires is that it does little to separate itself from other titles of the genre. Improvements can certainly be made to the game, to take it to that next level. Slight improvements to enemy AI. Remove the need to repeatedly click fast-forward every time a new battle pops up. Possibly even attempt to add some variety to the factions and tech tree. The latter would be the most difficult and, bar some unique units, impossibly cosmetically.

There's little doubt that for strategy fans, like myself, Oriental Empires has something to offer.  Simply put, it's a competent and even, sometimes, compelling title. However, its issues and lack of distinguishing features prevent the game from ever standing above others in the genre. 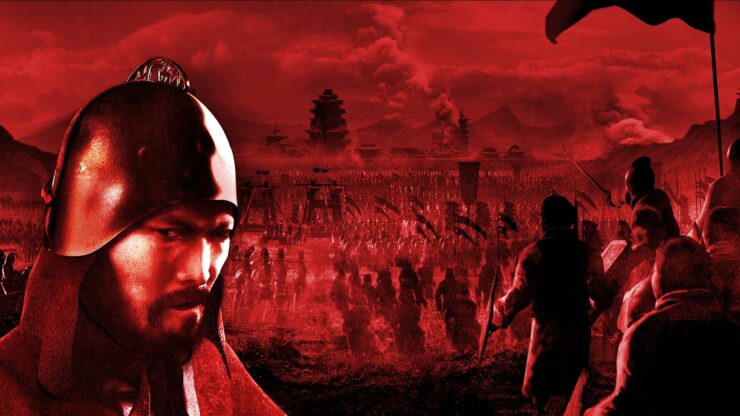 Oriental Empires offeres more than enough to keep long time strategy fans happy. It looks great and does try one or two new things that don't turn out as well as they could, lacking the depth and variety to push it into being a great game.