Late into the PlayStation 2’s life, Atlus and Vanillaware released an action role-playing game to the world named Odin Sphere. This interactive fairy tale-slash-action RPG placed players into the shoes of five protagonists of wildly varying races and backgrounds, each working towards their own goals in a world filled with magical beasts and the looming prospect of war. It was widely regarded as one of the most stylish titles on the console and personally one of my favorite titles of the generation. Now, nearly nine years since Vanillaware first introduced Odin Sphere to the world, a new generation of gamers can experience that same story with the remastered Odin Sphere Leifthrasir.

Coming off a pedigree of action-focused titles such as Muramasa and Dragon’s Crown, Odin Sphere Leifthrasir showcases the style of role playing-meets-brawler that Vanillaware has become known for in recent years. Eschewing the third dimension for a finely honed side-scrolling adventure, this Playstation-exclusive takes those years of expertise and utilizes them into creating as fine an action experience as can be.

Not all of the five heroes (and heroines and anti-heroes) of the story are immediately accessible by the onset of the tale. Instead, players progress through each tale one at a time, starting with a forlorn Valkyrie by the name of Gwendolyn. Through each tale, a bit more of the world is exposed and woven together into an intricate tapestry of treachery and subterfuge among the various races. Characters that only offer a bit appearance in one character’s tale might very well be a major player in another.

Odin Sphere’s tale is rife with influence from the Brothers Grimm and other contemporary story weavers that have stood the test of time. As the story is spun together, obvious nods to tales such as The Princess and the Frog are woven into the story threads, each with their own twist on the tale. What if Sleeping Beauty were enchanted with a curse that made her fall in love with whomever kisses her to wake her from that sleep and the prince knew and resisted that temptation? 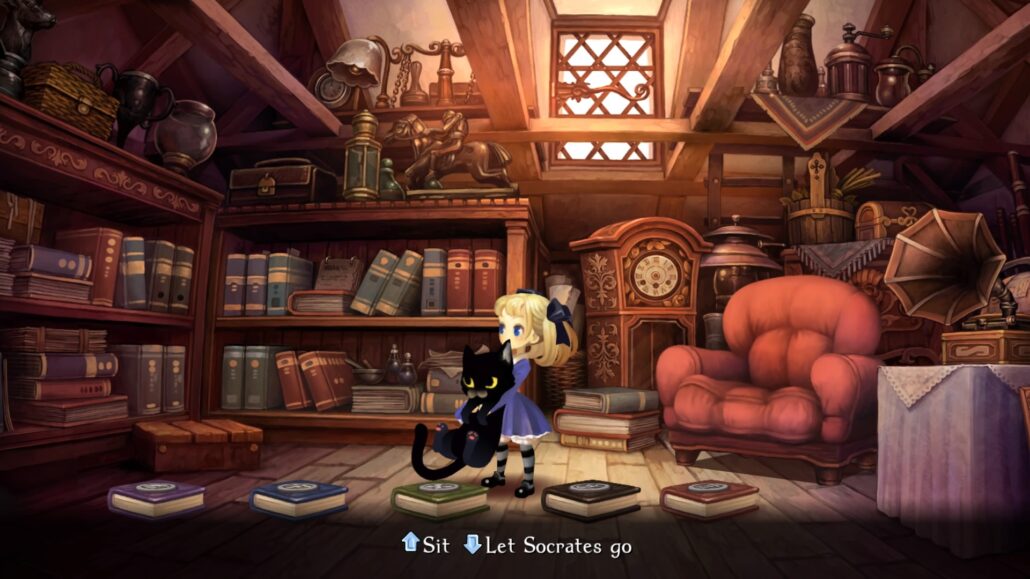 As the story comes together and players fill the role of the five different characters, the scenery will feel all too familiar. All of the content, be it enemies or locations in the world are all recycled and reused six times throughout the story, as each character retreads the same ground albeit in a different order as the story is told. By the time I was wrapping up the fourth character arc, I was dreading the future of having to start over as another character and play through the same content beginning at level 1. Thankfully the combat was so good that I put aside any reservations about retreading well-worn material and focused on new methods to kick ass.

Of all the Vanillaware titles I’ve experienced over the years, Odin Sphere has always stood out as the title having the most fluid combat system. Leifthrasir hits all of the marks that a proper brawler should: combat should feel dynamic and adaptive, combos should be freeform and flow like water, and taking on multiple foes should feel fun yet a little challenging. Each of the five storybook characters feel familiar enough to one another in terms of progression and basic combat potential, but their abilities are diverse enough to set each other apart on the battlefield.

Mobility is the single most important aspect to Odin Sphere Leifthrasir’s combat and what keeps it feeling fresh even after nine years since its initial release. Combos are freely developed by a mixture of regular strikes as well as various physical and magical abilities that feed off different resource bars that refill over time. The battle stages in each area are rarely walled off on either end, so a deft combo can carry an enemy across the screen for as long as players can keep up the stamina. Couple that with consumable items like potions that offer infinite stamina and bottles of elemental attacks and the combo potential is nearly infinite. With the right skill setup and abilities, it isn’t too difficult to keep a boss stunned and defenseless as you bring their HP from full down to zero; Mercedes is wonderful at clearing out entire battlegrounds once her Unlimited Ammo ability is unlocked.

George Kamitani and his talented team of artists at Vanillaware crafted a beautifully painted world ten years ago that some say couldn’t reach its full potential on the PlayStation 2. Vibrant colors and exaggerated characters fill the screen as if it were an ever-changing canvas. Part of what makes the presentation so uniquely wonderful are how the graphics have been completely redrawn by hand. The complete overhaul truly shines through on the PlayStation 4 in a way that sets it apart from other remasters that came before it. 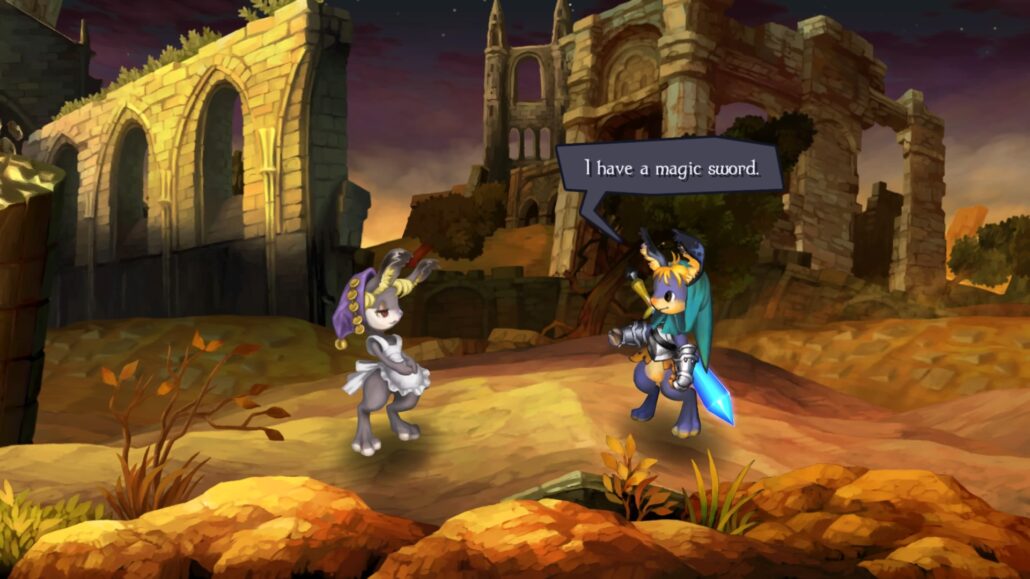 For as much as I loved Odin Sphere Leifthrasir as a complete package, both visually and its tight gameplay, I found myself having to experience the game in smaller chunks with taking breaks between each character’s story as to not burn myself out on playing through the same levels time and time again. However, every time I picked up the controller and played through a chapter I was constantly reminded of just how polished and refined a title that only Vanillaware can craft.

Odin Sphere Leifthrasir is a fairy tale that has stood the test of time and shows the true beauty of George Kamitani. If you enjoy games made by Vanillaware, you can't miss this high definition remake.