Computer hardware has continued to improve over the years. Top of the line components usually account for only a small percentage of total sales for any hardware manufacturer. Only there are a few companies out there who do actually give you the best ‘bang for the buck’. Then here is our heavyweight champion in the air cooling segment, Noctua. As of now, they have launched a new ‘C’ type cooler by the name of NH-C14, a successor to the much acclaimed NH-D14.

The silent 'C 'cooler comes in packaging that is very concise, clear and to the point. All the important details of the cooler have been mentioned out with illustrated pictures. On the front it gives a picture of what’s inside the box.

The top of the box provides the necessary information about the cooler itself, it’s compatibility with other CPU’s, as well as of the Noctua fans that come bundled with it.

Inside the box, there are 3 carefully packaged boxes. Two of which, one on top, the other on the bottom, hold the necessary thermal paste, cooler mounting assembly for Intel and AMD sockets as well as a screwdriver and a Hardcover Noctua logo sticker.

And in the middle is the Noctua cooler itself, housed in such a way that it wouldn’t get damaged during transport at all and ensures the cooler remains unharmed and is sturdy enough to be used once installed on the computer.

THE COOLER IN PERSPECTIVE

The cooler, in terms of height with the top fan included, is 133mm tall. The cooler does have one design peculiarity. This uses two high end Noctua NF-P14 fans for airflow in a push-pull configuration. This is although a rare ‘C’ type cooler, but it terms of performance, sure looks like a solid competitor. The fans come with 2 to 1 3 Pin connector as well as 3 Pin connector extenders in case the 3 Pin socket might possibly be far from the cooler itself.

Other than that the cooler is very much like any other top down cooler on the market, with 6 heat pipes exiting the base in line and entering the cooling tower.

The cooling tower is fitted with small 4 rubber blocks on both top and bottom for the fans to stop any kind of vibration that might come from them. The tower itself is made up of 70 Aluminum plates that cover the heat pipes on the cooler for dissipating heat from them.

The heat pipes run longer over the length of the cooling tower at one side.

When both the Noctua fans have been installed on the cooler, the heatsink is still visible from the sides. Supposedly, this shows the fans covering almost 95% of the heatsink fins.

THE HEAT SINK BASE

The heat sink base is flat and yet clearly been machined as it shows circular lines across the base of the cooler. The base is made of Copper for maximum thermal conductivity.

The heat pipes are soldered to the base. Moreover, nothing on the cooler itself needs to be changed for mounting on an AMD system as a different mounting set has been provided for it.

As you may have noticed, there is a steel rod that has been bolted in the center of the base that runs under the cooling tower itself as a support arm to protect the heat pipes from bending in case of any untoward incident.

The unit boasts six 6mm heat pipes which are made of Copper and have been nickel plated. They are soldered to the base through which they spread and later on exit in parallel with the others. They travel in a “C” loop to enter the cooling tower. The heat pipes run through the entire length of the cooling tower but are not soldered to it.

As this is a Noctua, one is paying premium for its performance. And this at first, with the packaging, and secondly with the build never disappoints. The cooler represents strong craftsmanship as everything’s all clean, tidy, as well as professionally done with no marks of a cheap job done to get it over with.

The heat sink comes with two Noctua NF-P14 140mm fans. If running in high clearance mode, the top fan rotates at 1200 RPM. While running in a dual fan configuration, both fans run at 750 RPM.

For optimal cooling, the balance between the intake and the exhaust is matched to avoid any loss in dissipating heat from the cooler.

The fans have a 9 blade impeller with a special grove cut out on the blades, each different on every blade for proposedly maximizing airflow through the fans.

The fans have a standard 3 pin connector. This is done to make sure the cooler fits in even the barest of motherboards. All Intel boards feature at least one 3 pin connector that is for the cpu. The fan power cable is sleeved.

The heat sink comes with an installation manual that is very much to the point regarding the installation with separate small booklets for the Intel and AMD mounting shows excellent presentation.  Other than that, you can see a rubber pad in the middle of the picture that snugly fits into the mounting bracket on the right side. The rubber has to removed when the cooler has been installed on 1155/1156/1366 sockets.

The unit also ships with a syringe of thermal paste, that of also Noctua by the name NT-H1.

As you may see, there are 4 PWM connector extenders as well as one 2 to 1 three-pin PWM connector, a Noctua sticker badge, 4 rubber push-in screws and some mounting screws for the fans.

The mounting mechanism used here is a push screw system. This is now more actively being adapted on upcoming coolers in the market and is a more effective way of holding down the heatsink to the processor.

The unit is very easy to install once the mounting has been set up. After applying a gob of thermal goo on the processor surface the cooler is simply mounted using the push-screw system.

The cooler, thanks to it's top-down fan configuration option, that is optimal for all setups. The lower fan can be removed for tall ram modules such as the Dominators or HyperX modules.

The cooler, though makes very excellent contact with the base as the thermal paste spreads very finely over the processor and the base itself.

The bundled thermal grease proved to be very good in conductivity terms and seems to be better than the AS5, although the paste is a bit clayey in terms of spreading over the desired area.

For optimum efficiency, both fans were used for this test.

Even though we had overclocked the i5 750 to 3.8 GHz at 1.4v, the Noctua proves it’s worth pretty bang on! We also tried with a single fan configuration and that affected the temperatures by 1-2 c at maximum.

Seeing this as a C type cooler along with its bundled accessories, I say you get 95% of what’s worth your money and indeed it’s worth every single penny of it. Keeping in mind you get this awesome cooler, 2 Noctua fans and the thermal paste is at times better than the AS5, so it’s a pretty great deal. Noctua sure lives up to its name with this product. 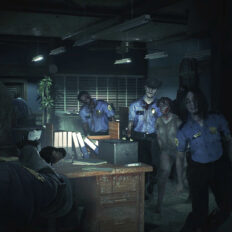 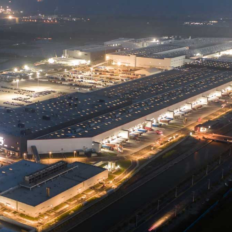