Wii Sports occupies a strange space in video game history. Nintendo’s motion-controlled minigame collection is probably their most successful product ever, and yet, who talks about the game today? Wii Sports sold 10s of millions of Wiis more-or-less singlehandedly, influenced Nintendo’s entire output for a generation, and then… we collectively erased its existence from our minds. Of course, everything old is new again eventually, so could the gaming public be ready for another round? Nintendo Switch Sports aims to answer that question when it launches later this week, but does it measure up to past entries in the series? Tighten up your wrist strap, it’s time to find out.

Note: Nintendo did not grant reviewers access to Nintendo Switch Sports’ online modes prior to launch, thus this was specifically an offline review initially. I’ve since had the opportunity to play the game online and have updated the review and pushed the game’s score upward slightly. 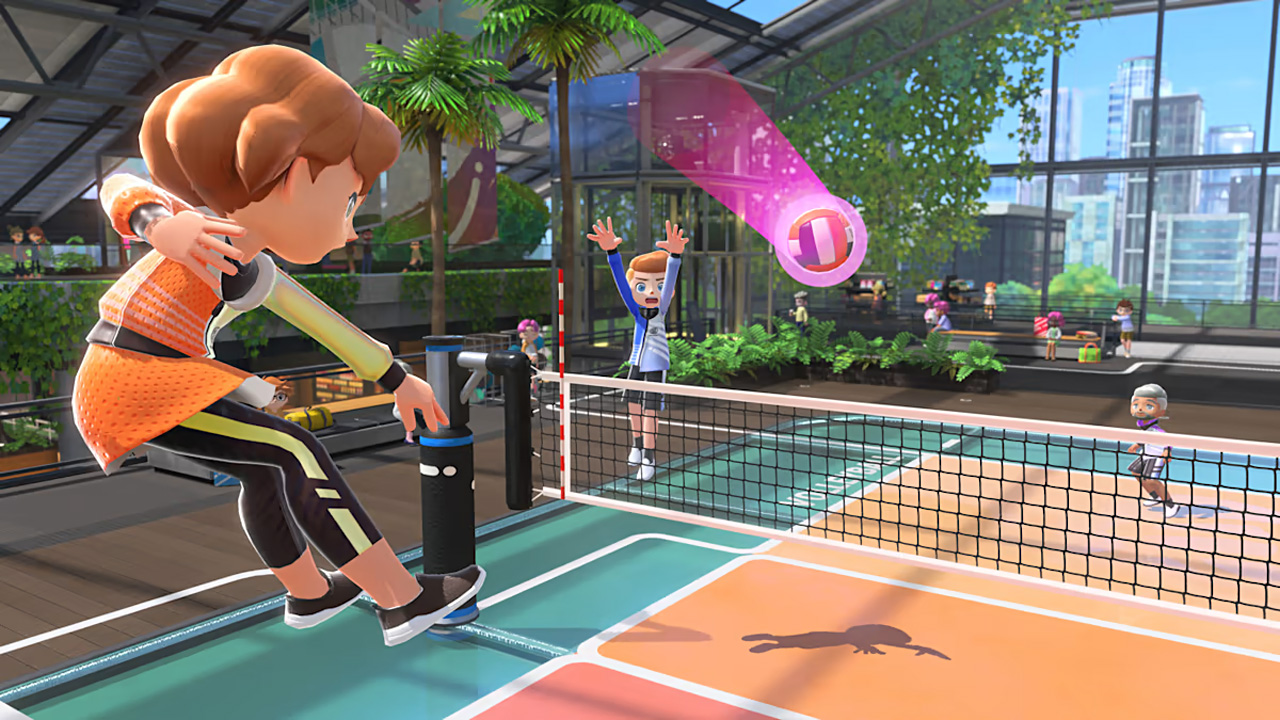 Nintendo Switch Sports gives the series a bit of a makeover, largely replacing Miis with somewhat more realistically-proportioned “Sportsmates” (although you can still use your Mii if you prefer). These new avatars feel a bit generic at first, but they aren’t without their charms. The sports themselves now take place in various venues in “Spocco Square,” which is perhaps somewhat inspired by the Tokyo Olympic Village and venues. The various arenas you play in are packed with all sorts of little background details, ranging from restaurants to leafy cafes, to sunny NPC-filled parks. It may not be a technical showcase, but Switch Sports is actually a rather attractive game.

Of course, looks don’t matter all that much in a sequel to Wii Sports, it’s how the games play that actually that we care about. So, let’s go through them one by one, shall we? 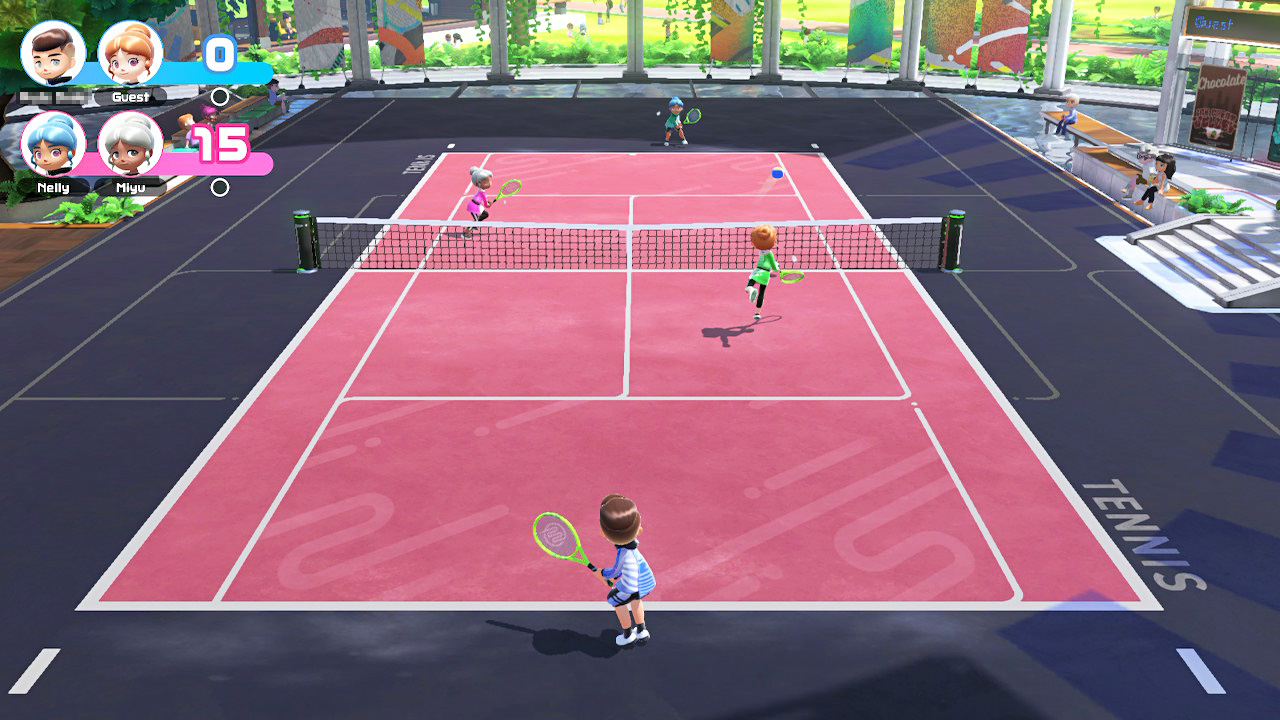 Tennis – It wouldn’t be Wii Sports without Tennis, and it plays more or less exactly the same as you remember. A simple game of doubles in which you can control both players on your team or team up with a co-op partner. Your movement on the court is pre-determined and you simply swing left or right to send the ball in the appropriate direction. There isn’t a huge amount to it, but it’s still fun.

Badminton – This essentially stands in for Table Tennis from Wii Sports Resort, providing a simplified one-on-one racket sport. I do rather enjoy the feeling of the birdie thwacking off my racket created by the Joy-Con’s HD Rumble, but otherwise, there’s not much reason to play this one over Tennis.

Volleyball – Yet another sport that involves knocking something over a net, although Volleyball is a bit more complex than the rest. Like Tennis, your position on the court is controlled by the game, but instead of just swinging away, you have to make different motions for bumping, setting, and spiking. The motion controls work well, and playing co-op is fun as it requires a fair amount of coordination with your partner. Playing 1-on-1 or against the AI is less exciting, as without the teamwork aspect, it basically boils down to repeating the same motions over and over. 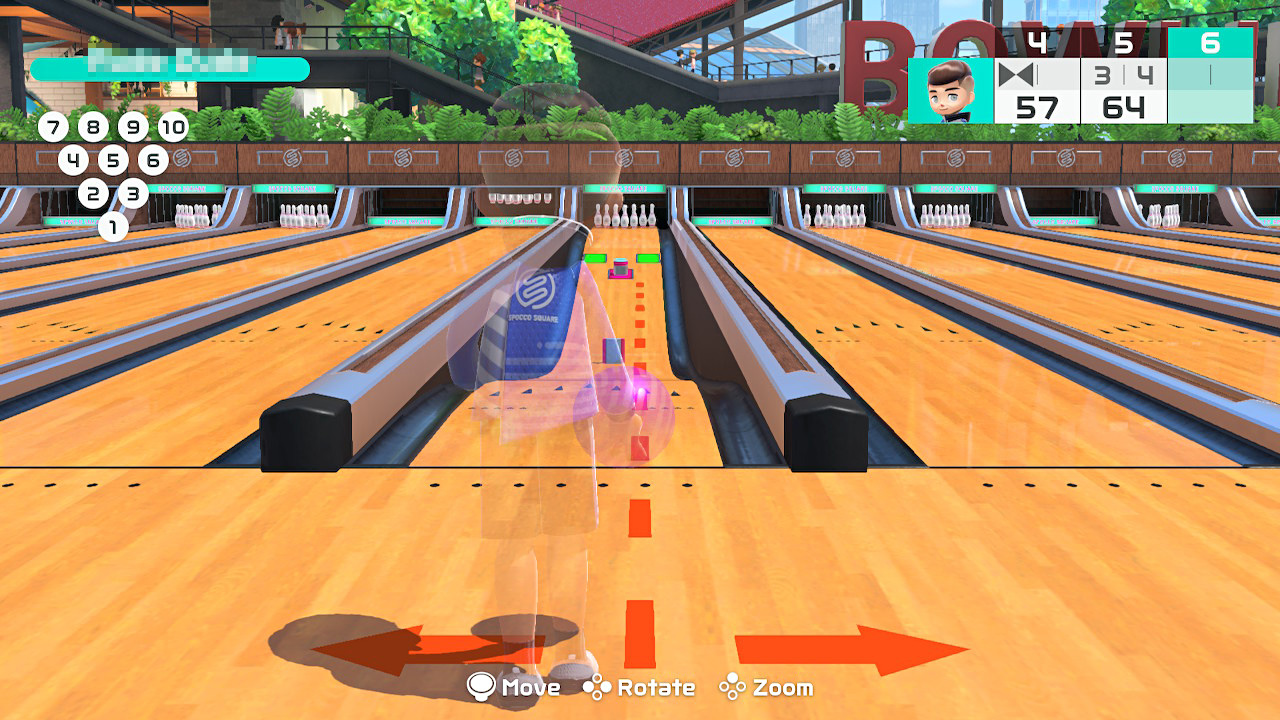 Bowling – The game that launched Wii Sports into millions of retirement home rec rooms around the world also returns. Much like Tennis, Bowling hasn’t really changed much. Position yourself in the lane, throw the ball, and twist the Joy-Con to add some English one way or the other. I may be imagining things, but I feel like the physics are a little more forgiving this time around. Maybe I played more Wii Sports Bowling than I remember, but I was scoring strike after strike in Switch Sports right off the bat.

Chambara – Swordplay from Wii Sports Resort makes its return, under a somewhat more accurate name. As before, your aim is to knock your opponent off a platform into the water below. Crossing your sword with an incoming attack will stun your rival, allowing you to get in a free shot or two. Like many of the games in Switch Sports, Chambara hasn’t changed much, although you do have the option to play with a charged sword or dual blades. Overall, this version of Swordfighting/Chambara felt a little harder to spam by just flailing away than Wii Sports Resorts did, which is a good thing.

Soccer – And now we come to the most elaborate addition to Switch Sports. Soccer requires two Joy-Cons for each player and provides full movement and camera control. Kicking the ball by swinging your arms feels a bit weird at first, but once you get the hang of it, Soccer almost starts to feel like a low-intensity motion-controlled Rocket League. Nintendo has also included a mode where you strap the Joy-Con to your thigh and take penalty shots by actually kicking your leg. It’s about as exciting as it sounds. 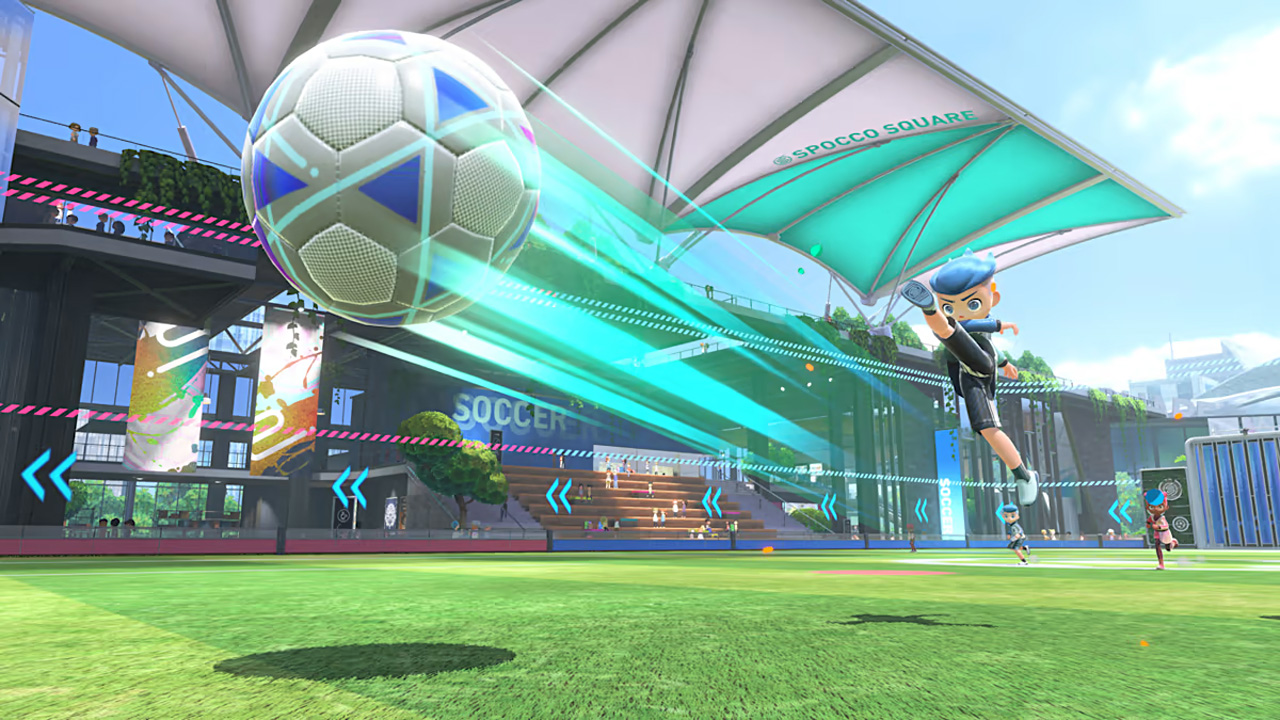 And that’s about all there is to Nintendo Switch Sports if you’re playing locally. Each of the game’s sports is fun in its own right, but there’s no denying the overall package feels pretty thin. You’re only getting one more event than the free Wii Sports, and far less content than Wii Sports Resort, which offered up 13 events and a whole mini open-world island to explore. Not only are you getting a rather short list of sports, but many of the little extra modes and challenges have been removed. There is a Bowling bonus mode where you attempt to hit various trick shots, but that’s about it. Yes, Golf is coming in a future free update, but it really should have been included in the original package (along with another two or three sports at least).

Update: I’ve now had the chance to delve into Nintendo Switch Sports’ online component, and my feelings are largely positive. The action is responsive and matchmaking is speedy, although Nintendo does warn up front bots will be subbed in if actual player aren’t available. It isn’t made clear whether you’re playing against a bot or a real person, but the majority of my opponents showed pretty clear human tendencies. You’re also given a fair amount of freedom to mix and match players, with up to two people able to play locally on the same Switch with folks online. As for online-only features, modes like Survival Bowling don’t add that much, but ranked Pro Leagues do provide those who are serious about their motion-controlled sports something to chase.

As for cosmetics, unlocking them is a fairly simple process. Players gain access to a series of themed collections (“Simple,” “Cute”, ect) each of which contain 12 items, including clothing, accessories, hairstyles, and things like titles and emotes. Once you’ve collected enough XP, you select a collection, and an item is randomly unlocked. Unlock all the items in a collection and you’ll net yourself a couple full outfits. The process isn’t terribly grindy – winning a couple matches will usually earn you a new item – and there are no microtransactions involved. In fact, you don’t even need a Nintendo Switch Online account, as you can unlock stuff by playing against the AI in Trial mode. 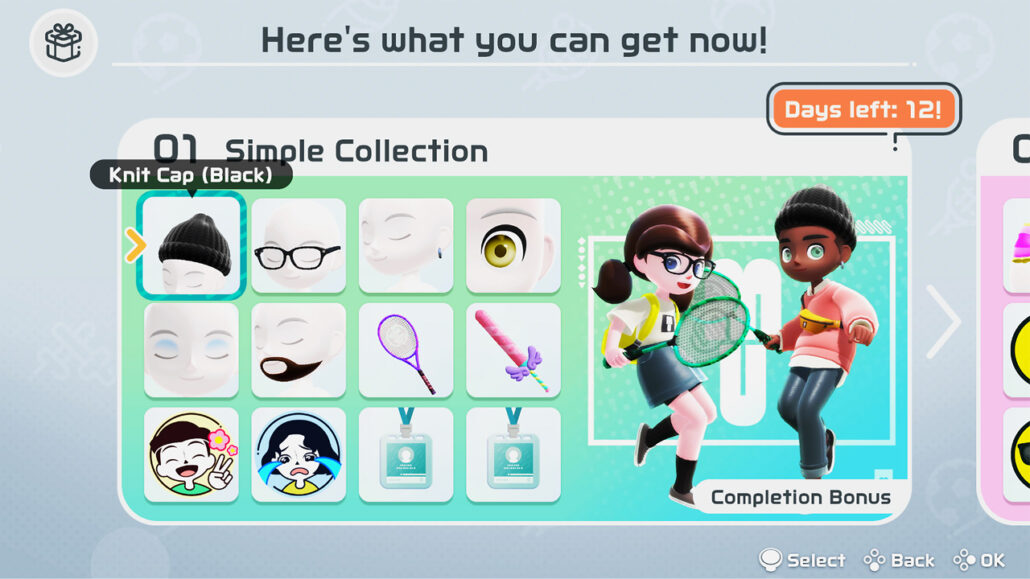 Overall, online play isn’t a huge game changer for Nintendo Switch Sports, as the game is a bit short on content no matter how you slice it and most people will probably focus on playing locally. That said, online does give solo players something pursue and greatly expands the pool of folks you have to play against, making the $40 asking price for this particular sporting event a bit easier to swallow.

This review was based on a copy of Nintendo Switch Sports provided by the publisher Nintendo. You can pre-order a copy of the game here.

Nintendo Switch Sports is a fun and nostalgic romp that offers nicely-upgraded visuals and well-implemented motion controls, but there simply isn’t enough of it. With a meagre six sports (only two of which bring anything truly new to the table) and very few extras, this one probably won’t compete for your attention for long.