FIFA is one of those games that if you could take it everywhere you definitely would. I remember playing the terrible PlayStation Vita ports of FIFA on the bus to school just to pass the time. At University I took this to another level by installing FIFA on my laptop, that way I could play a few games with my mate before lectures. The Nintendo Switch version of FIFA 18 looks like it could finally deliver a proper port of FIFA without having to lug a laptop around campus.

As someone that has put in over one thousand hours across the Xbox 360 FIFA games, playing FIFA 18 on the Switch felt almost nostalgic in a way. The game is running on a custom engine made specifically for the Switch, though it feels a lot like the same engine used on the Xbox 360 and PlayStation 3. Switch owners have come to expect their games having some type of drawback to them and unfortunately, FIFA is no exception to this. 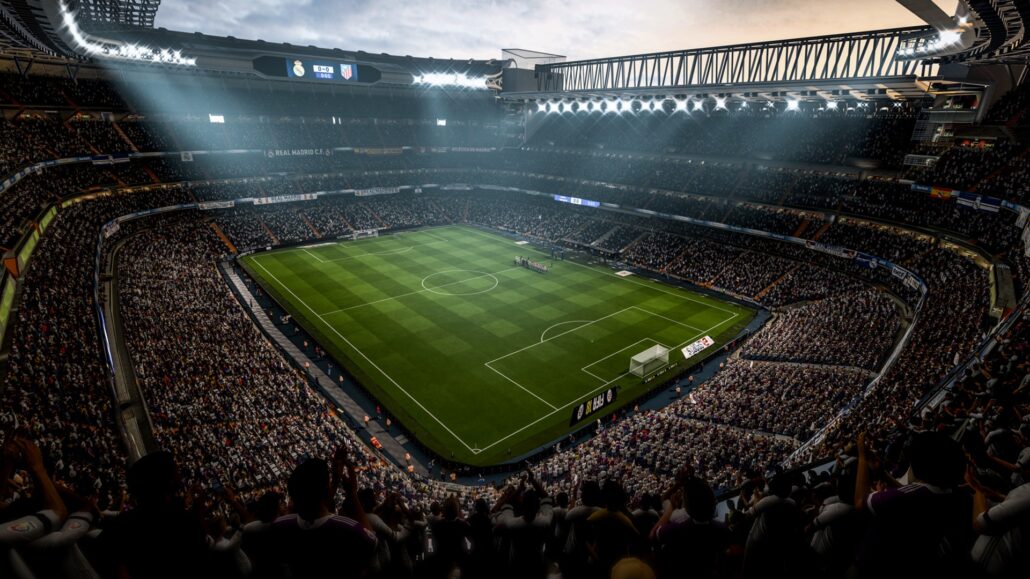 In terms of performance, it’s everything a FIFA player fully expects: 60fps both docked (running at 1080p) and undocked (720p). Graphically, the shortcomings of this custom engine don’t seem as noticeable when running in handheld mode. Even when playing on the TV, FIFA’s lacklustre visuals are acceptable when you consider how fluid the game is. If the game has to look worse so it runs at a stable 60fps, I’m sure Switch owners will take this deal every single time.

One of the selling points of the Switch is being able to play games outside with each player using a Joy-Con. I wouldn’t recommend trying this with FIFA 18 as it makes the gameplay so much worse for both players. Consider investing in a Pro Controller, and don’t forget to bring a Joy-Con Dock around with you before asking your friends to play with you. I tried the Split Joy-Con method but it doesn’t feel great when playing FIFA.

A number of features had to be cut from the Switch version of FIFA due to the limitations of the custom engine, including Pro Clubs (11v11 mode) and The Journey (FIFA’s story mode). The Switch version of the game also sports an incomplete version of FIFA Ultimate Team (FUT) and its Career Mode lacks all the improvements made in FIFA 17, which is disappointing to say the least. 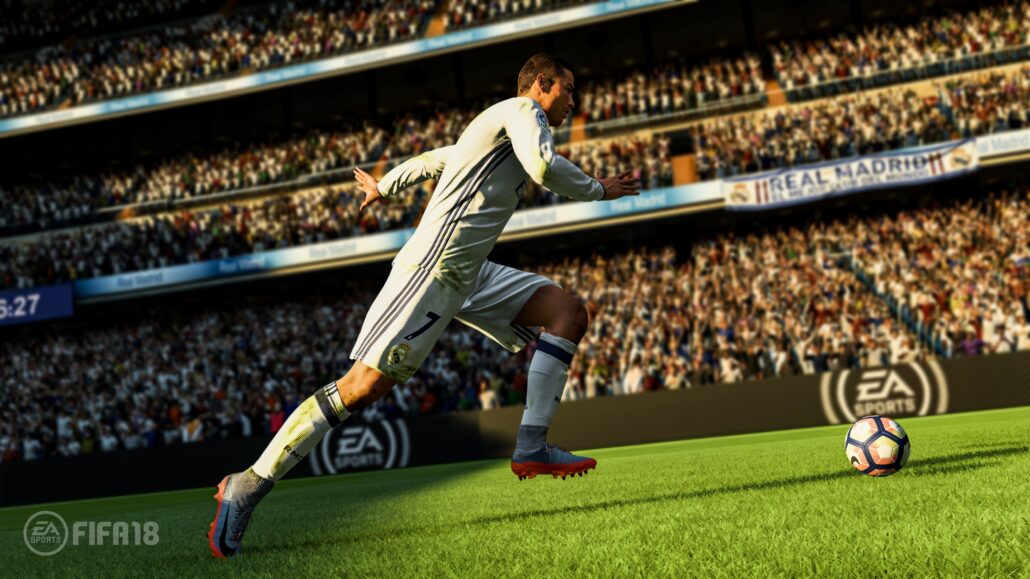 Losing Pro Clubs probably isn’t a big deal for most players as it is a niche game mode to begin with. While we don’t know the reason why Pro Clubs was removed, it is speculated that it may be down to Nintendo’s barebones online service. The Switch doesn’t have a party system or any type of invite system, which not only renders Pro Clubs impossible but also stops people from playing with their friends online. For too many people (myself included), this could be a deal breaker in itself. There’s no excuse for this omission and, while it may seem unlikely, this is something players will be hoping gets patched in eventually.

It’s a shame The Journey wasn’t included in the Switch version of FIFA as it lends itself perfectly to a portable experience. Similarly, players that have moved from the current generation consoles to the Switch will be disappointed with the underwhelming Career Mode.

The biggest omission from the game for me is the lack of Squad Battles and Weekend League in FUT. I’ve been playing the PlayStation 4 version of FIFA 18 alongside the Switch version since both games launched. The thing that consistently brings me back to the game on the PlayStation 4 are the two modes that have been removed in the Switch version. EA intentionally removed these features as they didn’t want to overwhelm the player-base, but this seems silly when you consider how popular FIFA is around the world. Ultimate Team is one of the most popular modes in FIFA, so I find it hard to believe that EA are doing this simply for the people who are playing FIFA for the very first time on the Switch. You also can’t access the FUT Web App using the Switch version, this alone kills Ultimate Team for me as I mainly trade using the phone app.

This custom engine running FIFA comes with its fair share of bugs. In addition to some of the classic glitches that come from the old Ignite engine (collision issues, waiting ages for the ball to go out of play before a throw-in), there are some issues that are unique to the Switch version. For some reason, in this game you don’t have to substitute an injured player, you can simply play with ten men if you want to. The shortcut for doing quick corner kicks doesn’t work anymore either which takes the sting out of them. These issues aren’t game breaking by any means, but they certainly are annoying.

The dream of having a proper version of FIFA that you can take outside with you is finally here, except it’s essentially a port of a three-year-old game… Does that really matter? Well, it depends on how desperate you are to play FIFA on a handheld. This is by far the best version of a handheld FIFA, so if that’s all you are after then you are sorted. However, the price point (£50/$60) combined with the cut content makes this difficult to recommend to anyone with a current generation console. If you own an Xbox One, PlayStation 4 or PC, do yourself a favor and buy the real version of FIFA 18. You may not be able to take it outside but overall you are getting a much better deal for your money.