Nintendo Labo has been a fascinating experiment so far, one that I didn't think Nintendo would keep running with. The first couple of cardboard crafting kits were wonderful and fascinating, but judging from how the kits have since been discounted and put on sale, it seems like they didn't actually sell all that well. It made me think that Nintendo Labo was a fun experiment, but one that was officially over. Oh, how wrong I was.

We all know about virtual reality now, we've all had a go, and we all know what it can offer. As a result, many of us also know about the drawbacks, and how awkward it might be trying to wrangle a decent VR experience from a 720p screen and a pile of cardboard. I had massive reservations before going into Labo VR, warning that the experience would likely be sub-par and the games unwieldy. I am more than happy to eat my words today, for the Labo VR Kit is actually really wonderful, and aside from some uninspired cardboard tat, this has to be the very best Labo Kit yet. 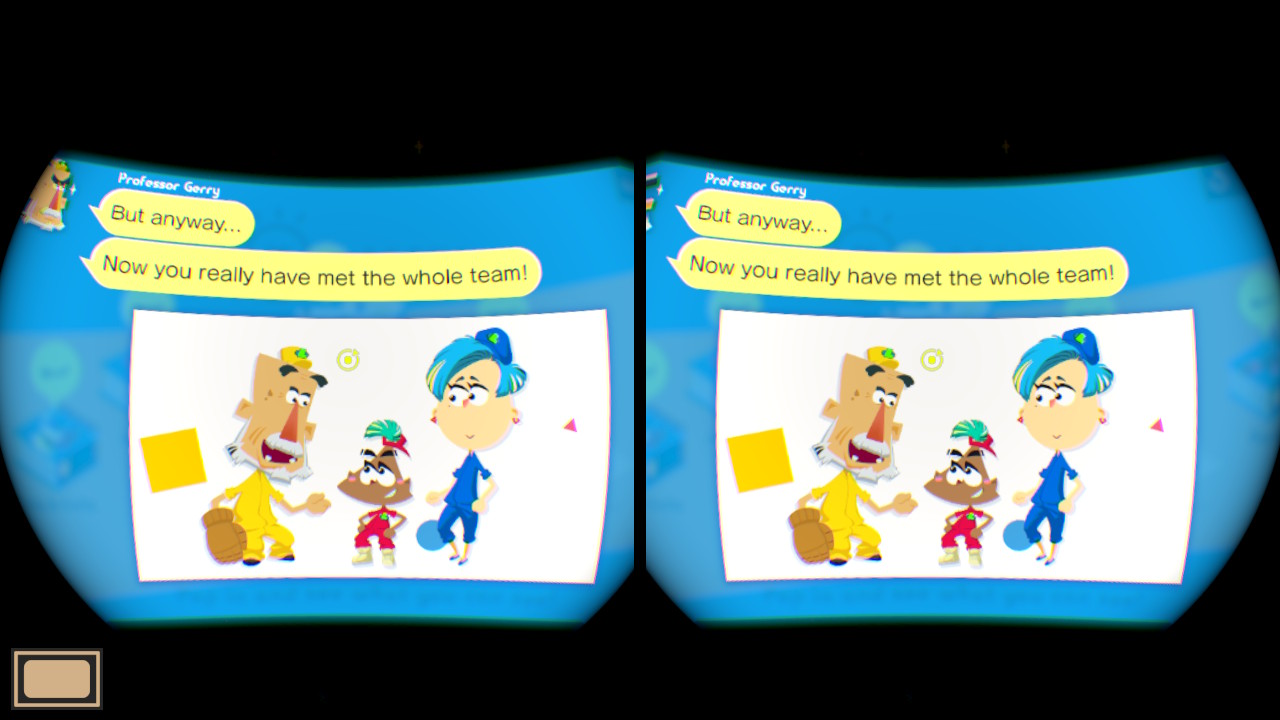 Starting with the most important inclusion in the box, the VR Goggles can have the Switch system slide inside, includes a pair of large lenses, and it built fairly solidly, with the whole unit feeling sturdy and unlikely to break under some decent finger pressure.

Of course, the most important point here is the quality of the VR experience. The 720p screen does leave things open for the old screen-door effect, where the lines between individual pixels are visible. This can be an issue, but once you look past it, it's a shockingly good device. Well built, and the internal gyro sensors of the Nintendo Switch manage to make the experience very comfortable, with the device accurately tracking the direction of your head pretty effortlessly.

It makes for a VR experience that was far more comfortable than what I was initially expecting. The Nintendo Switch doesn't seem to make for the best VR viewing experience, but for the purposes of the VR Kit, it works wonderfully. If there's a complain to be made about the VR Goggles, it's that you'll need to open the whole thing up to clean those lenses on both sides, which might need to happen regularly.

The Camera ToyCon is fun to build, but pretty uninspired. You take pictures of marine life in a game similar to Endless Ocean on a much smaller scale. It appears to reuse the assets from the Fishing Rod ToyCon in the first Labo Kit, and honestly, it's all pretty underwhelming.

The Camera here has a nice clicky barrel which is very satisfying, but outside of that? It's a fake camera. It works, just about, but it is pretty unimpressive. This honestly just feels like an excuse to use up cardboard. 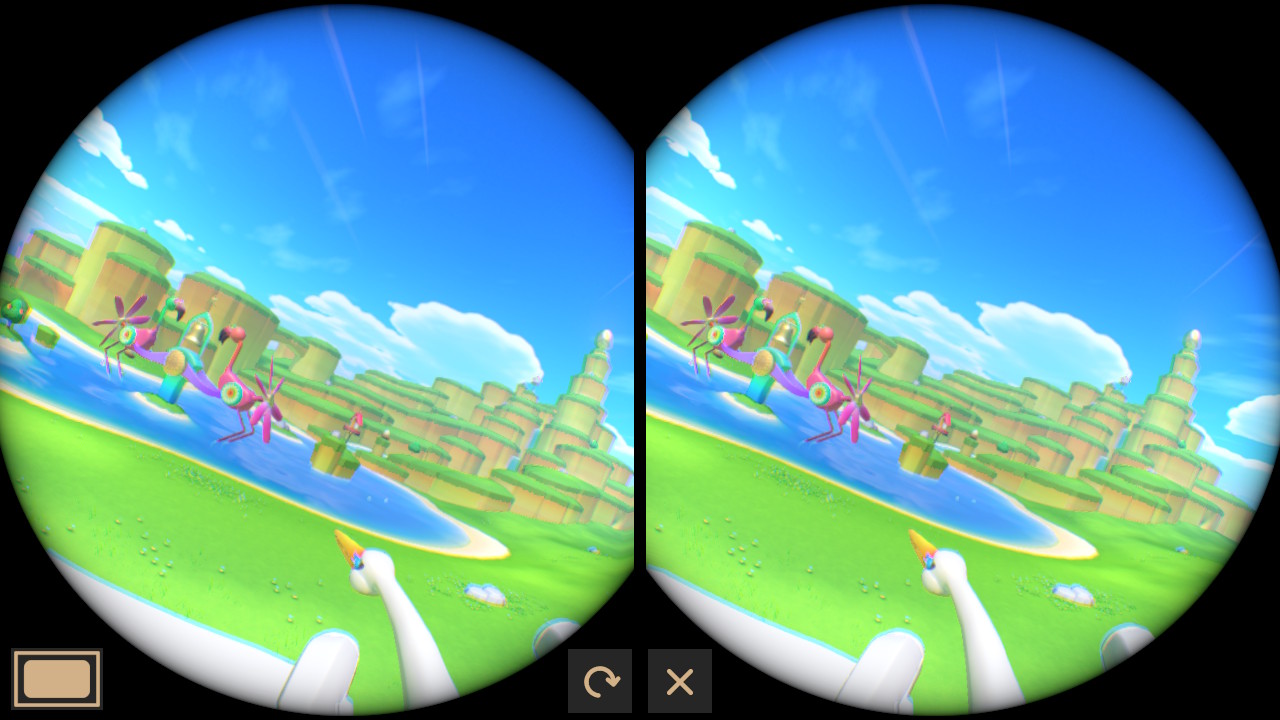 The Bird ToyCon is more interesting at least. You strap a JoyCon to the bird's face and pull on a couple of cardboard tabs to flap wings. In the game, you're piloting a great bird flying around an open world. By tilting your head back and forth you can navigate the world, flapping the bird's wings to go faster.

You'll fly around the world, collecting turnips and apples and the like, and then delivering those to hungry chicks fresh out of the egg. It's a novel way to fly in a game, and flying around the environment is fun at first, but this is limited enjoyment. More substantial than the camera at least, but hardly offers the most replay value.

The Elephant is by far the most interesting and useful ToyCon. Like, by a massive margin. The elephant has a face dotted with reflective stickers for the JoyCon's IR camera, and the trunk of the elephant, held together with multiple rubber bands, holds the two JoyCon. Together, it gives the JoyCon all of the information they need to navigate a 3D space.

This is fascinating. Without external trackers, like PlayStation VR's camera or HTC Vive's Base Stations, you can't emulate depth in a VR space, and most of the VR Kit just relies on you turning your head to direct yourself. With the elephant ToyCon, you reach your arm out, stretching at the rubber bands, and the game will push your arm further into the world in VR, allowing you to solve a variety of clever puzzles.

This is one of the best ToyCon by far. This is what Labo is all about. Assembling a simple tool from cardboard, and having that simple tool utterly transform the way you play games and interact with the virtual world. This is genius, and that simple genius is clear to see in the puzzle ball games and a 3D painting app. 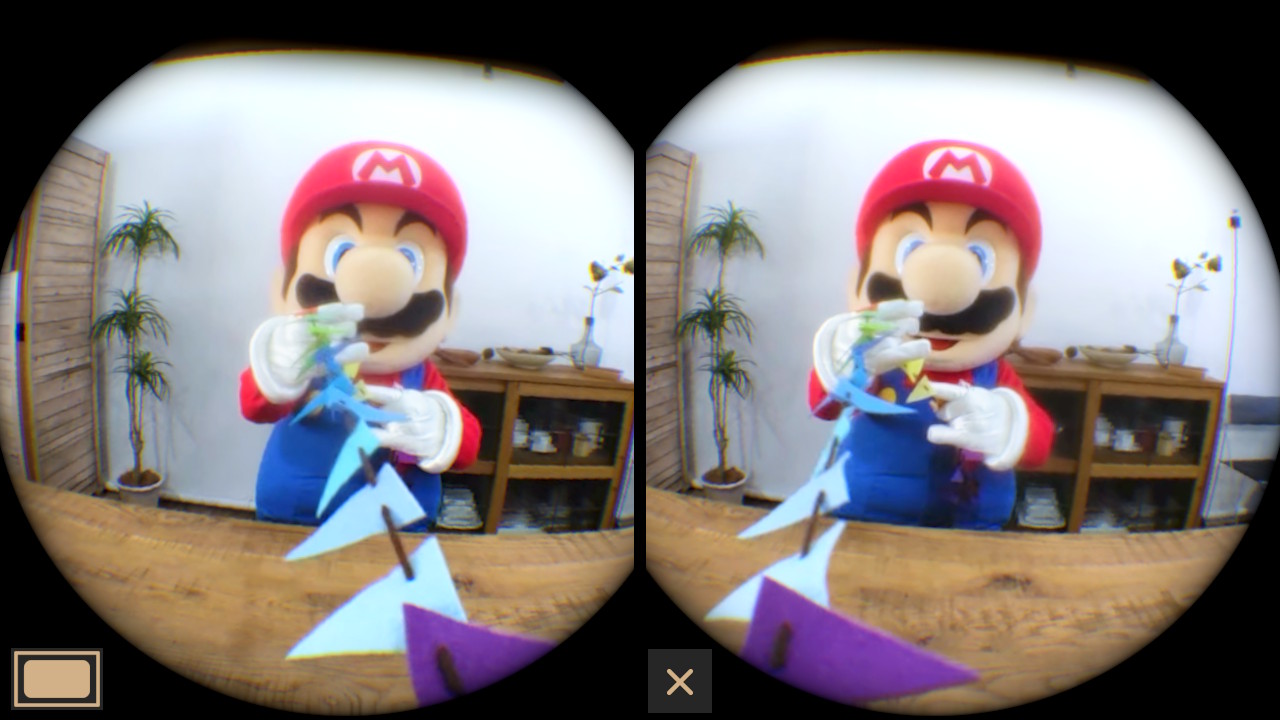 The Blaster ToyCon is one that I personally like the most, even though it's probably not the most useful or inspired. I think it just speaks to me like the Super Nintendo Super Scope once did. You hold the whole ToyCon up to your face, pull back on the loader, and push in the trigger with your thumb to shoot forward, making a satisfying cardboard slappy sound on the inside as the mechanisms click into place.

It's simple, you put one JoyCon in the barrel and another in a holder near the visor and blast away at enemies in a variety of VR stages which might see you shooting out lights, or lighting up the place. It's simple, straightforward, and even my game-phobic mother could immediately start playing and smiling thanks to how easy it is to understand. This is a good ToyCon, not amazing, but very fun to use.

The Fan ToyCon just sucks. It's exactly the same as the pedal ToyCon from the Vehicle Kit, but with a massive piece of cardboard on the end which is great for kicking up dust off the ceiling. I just don't know what the were thinking with this.

There are several other, smaller ToyCon to make too. A Pinwheel. A JoyCon holder. A snorkel. These are fun things to make since there's excess cardboard. The fan, meanwhile, feels like a waste of cardboard, and it's massive. It offers little for VR experiences, and it takes up space in your home. The fan is bad, sorry guys, I know you were excited for this one. 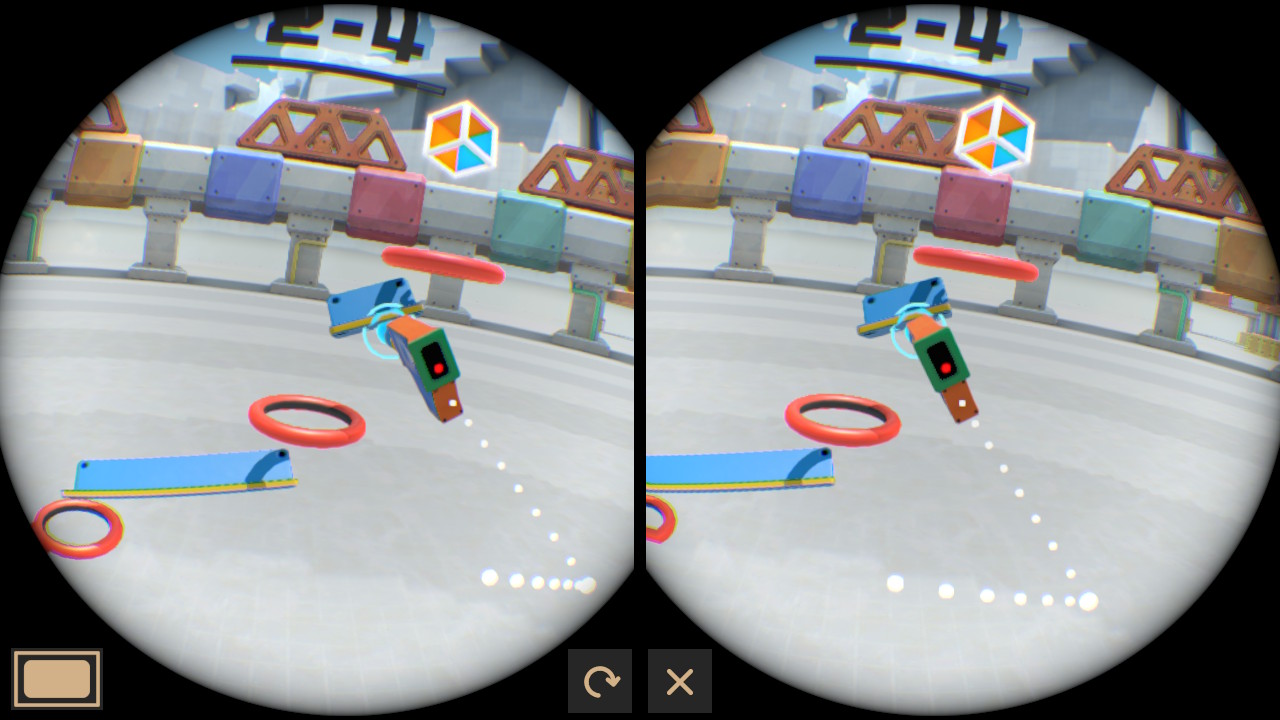 There's good reason to be excited about Labo VR Kit, though. The brand new remixed ToyCon Garage VR offers a lot of replayability, more than the original ToyCon Garage ever could. You can make genuine VR games with these tools, and many of the dozens of tiny VR minigames and experiences you can find in Nintendo Labo VR Kit are built with the ToyCon Garage VR software.

These minigames are, for the most part, very mini. Think the amount of depth you would get in any given WarioWare microgame. It's small, quickfire experiences that can show you the potential of Labo VR Kit. But then there are the shooting gallery sections you play with the Blaster and the 3D puzzles you can play with the Elephant, and those are far more substantial experiences.

Nintendo's Labo VR Kit is yet another genius experiment from the minds of the Big N, but is it essential for Switch owners? Once again, the primary value is in building the ToyCon, not actually playing with them. Having said that, playing with them offers a far better gaming experience than what players found with the other three Labo kits.

The Nintendo Labo VR Kit is a work of genius, for the most part. The Blaster and Elephant are particular highlights which transform the way the Nintendo Switch works, but the Fan and the Bird ToyCon are just… somewhat useless. Great for the family, great as a weekend crafting project, and definitely the best Labo kit yet.