Mutant Year Zero: Road To Eden was one of the best surprises released last year, thanks to its unique setting and tactical gameplay in the vein of the XCOM series. Developer The Bearded Ladies decided to further expand the game with the Seed of Evil expansion, introducing a brand new character as well as a new story and more to give players more of the same experience they loved in the full game. Sadly, Seed of Evil doesn't do much outside of providing more of the same.

Mutant Year Zero: Seed of Evil begins right after the end of the full game. While it feels like the story is getting expanded beyond the original ending, it won't take long for things to take a completely different direction, bringing our favorite mutants to learn of a new mystery and of a menace that seeks to destroy humanity for good. This time Bormin, Dux and their companions will have to deal with an army of clones created by plants, and they are no push-overs, as only an endgame leveled party will be able to deal with the dangers that lurk ahead.

While the Seed of Evil doesn't address the cliffhanger ending of the full game, it does everything possible to create a compelling mystery, and it manages to do so quite well, with a compelling brand new character, the veteran stalker Big Khan, and new story dialogues that play during exploration. It's also very interesting how the events of the expansion influence the areas of the main game: the Ark is markedly different, and even shopkeepers behave somewhat differently, offering some new dialogues that further expand the story.

Any respectable expansion needs to offer more beyond a new story and new characters, and Mutant Year Zero: Seed of Evil offers plenty of new content, such as new snowy locations filled with treasure and enemies, but very little of it feels really new. The combat has been practically left untouched, so if you're coming off straight from the ending of the main game, you won't have to adjust to the Seed of Evil expansion at all. Sure, there are a few interesting new weapons and upgrades and new ranks for the abilities in the skill tree, but none alter the way players should approach battles. The new abilities upgrades, in particular, are somewhat disappointing, as they just improve the performance of abilities without adding new effects and so on. The only real addition to the combat that shakes things up a little is Big Khan, who comes with some powerful abilities you will want to take advantage of when dealing with the clones.

The new enemies are also somewhat underwhelming. Fighting other mutants coming with the same abilities that players can use could have opened up some interesting scenarios, but the AI fails to use them in a really threatening way, so players can deal with the Pod Ghouls the same way they dealt with enemies in the main game. This is not to say that Seed of Evil is easy, as the new maps offer some interesting scenarios, and the enemies can obliterate your party members if you are not planning each move with care. Some of these new battles are also extremely long, with multiple enemy waves, so be prepared.

Despite featuring some new areas, Mutant Year Zero: Seed of Evil is extremely short, requiring around 5 hours to complete. There is some additional content which brings players back to the areas of the main game, which will look different due to the new threat, but this feels like padding to make the expansion feel longer. Still, these five to six hours are going to be intense and enjoyable, so fans of the original game will not be disappointed.

Mutant Year Zero: Seed of Evil is a worthy expansion to the full game that sadly plays it a little too safe, offering almost nothing new in terms of gameplay. Despite this, it is an extremely enjoyable expansion, and those who loved the full game will also love the new content. Those who didn't like Mutant Year Zero, however, will not change their opinion with the expansion, as it basically just more of the same. 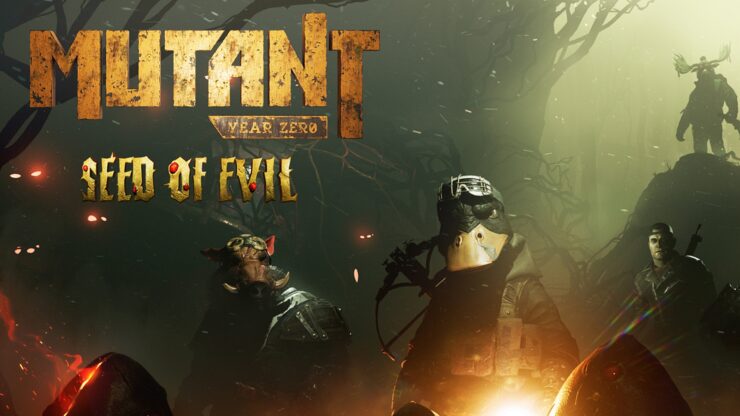 Mutant Year Zero: Seed of Evil is a good expansion, introducing a new compelling mystery, a powerful new character and some brand new locations. Sadly, it includes very little gameplay changes, and the new weapons, upgrades and ability ranks do not force players to change their tactical approach over the original game. Still, the additional content is definitely enjoyable, making Seed of Evil an essential purchase to all those who love Mutant Year Zero.