MSI, like all retail-chain motherboard manufacturers have a slew of X79 motherboard for your consumption. Though the platform itself can be considered niche, it has not stopped MSI (and others) to produces not one but many variants of X79 boards. Today we have with us MSI GD65 8D with bundled Thermaltake Frio cooler that comes with LGA 2011 mounting support. As the LGA 2011 processors do not ship with a cooling solution, this is a one stop package for potential buyers. We’ll take a look at the motherboard in this article and the cooler in a follow up.

The board features innovative (in theory at-least) PCI-e x16 slot layouts. The inclusion of a cooling solution is a definite advantage, but this does come at an added price.

The motherboard fan combo comes in an absolutely humongous box. It is like buying a small vacuum cleaner than a motherboard. This has to be the largest motherboard box I have ever seen.

Inside are two smaller boxes, one for the board, the other for the cooler. The board displays the military class III logo prominently as well as the “8D” model classification.

MSI includes tons of accessories with the board. This is the best accessories package we have seen so far for an X79 board. There are 5 SATA cables (four are SATA 6 Gbps compliant), two molex to SATA power connectors, and one dual molex to SATA power connector. There are two add-in back plates. One has two USB 3.0 ports (powered by NEC controller). MSI also provides a SLI bridge as well as cables to measure voltages from the ‘probelt’ area. You will also get a Military Class certificate of quality and stability.

Like all recent MSI boards, the PCB is black while most components are of dark blue color.

This full length ATX features Military Class III components. This comprises of Super Ferrite Chokes (SFCs), Solid caps, Hi-c (Highly Conductive polymerized) caps and the all new Dr. MOS II which provides dual thermal protection. When the board reaches its initial thermal threshold it will give a LED warning and if the user does not take note and the board crosses its second thermal threshold it will automatically shut-down. Handy feature indeed.

As the processors powering this board feature a quad channel memory controller, 4 banks of memory slot are located in front and behind the CPU socket.

The LGA 2011 socket requires a dual locking mechanism to ensure enough pressure is applied to the processor. The heat-sink mounting mechanism is also different and features a ‘screw in’ design as opposed to the push-pin design seen on all other Intel processors.

The socket is banked between the memory slots and the heat sink for power regulation circuitry on the right which bears the Military Class III badge on it.

The front edge of the board features 4 SATA 3Gbps ports as well as a four 6Gpbs SATA ports. The two ‘extra’ ports come from a Asmedia 1061 chip. All the ports are right angled. A LED diagnostic display is located next to the SATA ports . The multi-EFI switch is located between the power and SATA connectors. Voltage check points are located near the right end of the front edge.

The left edge of the board has the usual USB and front panel connectors. Onboard power & OC-Genie buttons as well as over-clocking buttons (which adjust the base-clock up or down). Sadly there is no onboard reset button.

A 4 pin molex connector is also placed on the left edge. This is to provide extra power to the PIC-e slots.

The X79 (described below) is located in front of the USB ports. It is covered by a low profile heatsink which connects via a heat pipe to the power regulation heat sink.

The board features a unique combination of PCI-e x16 slots. There are three Gen 3.0 compliant x16 slots in a x16/x16/8 configuration. Interspaced between these are two Gen 2.0 compliant x16 slots which are electrically x1. A lone PCI-e x1 slot lies between the first Gen 2.0 x16 and second Gen 3.0 x16 slot. There is adequate space between PCI-e x16 slots (Gen 3.0) to allow cards in a multi GPU setup to ‘breathe’ easily. However a long bridge cable will be required to connect the two cards.

The board has 5 fan connectors. All are 4 pin PWM type. Unfortunately only 3 of these feature smart fan control.

The rear IO area is very busy. Legacy PS/2 connector, which is hardly seen anymore is also present. Dual SP/DIF out (digital as well as co-axial) are also included. The rest is taken up by the usual USB 3.0 (2), USB 2.0 (8), firewire and audio ports (powered by Realtek ALC892 codec). A clear CMOS button is sandwiched between the PS/2 and SP/DIF connectors.  The Ethernet is based on an Intel Gigabit controller. 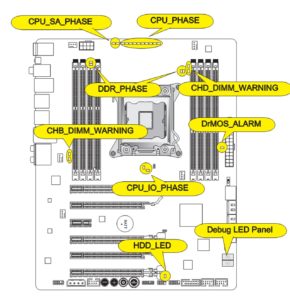 LED Status indicators for various onboard components are located all over the board. They serve to warn the user of impending over-heating, component activity and load. 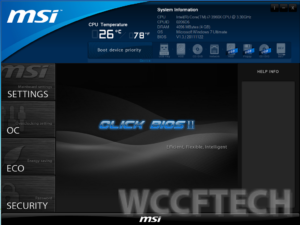 MSI employs the use of its Click BIOS II EFI. While not quiet as sharp or as user friendly as Asus’ implementation, the EFI is ways better than BIOS offered by Intel on its DX79SI board.

MSI bundles its Control Center II software with the board. It also allows the setting of board parameters within the OS (Windows) with an interface that is exactly the same as EFI. All our over-clocking was done via the EFI’s Over-clock Genie. Enable it and selecting a suitable base-clock multiplier together with the implied target speed automatically adjusts various voltages. 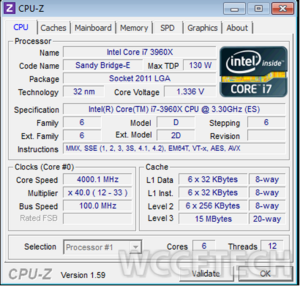 We were able to achieve a 4.0 GHz with the assistant without much fuss. 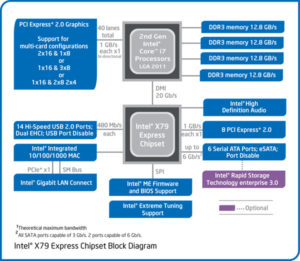 Intel employed a two chip solution for their last generation enthusiast platform (X58 with ICH 10R). This time around Intel uses a more ‘traditional’ PCH. The X79 is almost a mirror image of Z68, with the lack of one very important feature. The X79 does not feature Smart Response Technology (SRT). SRT increases hard-disk through put by using a small SSD as a cache drive. The X79 provides all IO connectivity bar USB 3.0. Asus uses its own Asmedia controller for USB 3.0 functionality. 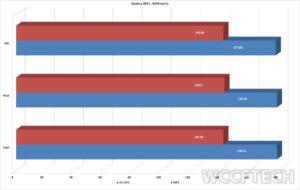 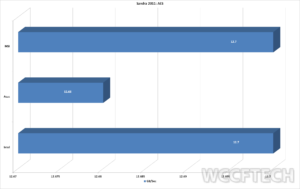 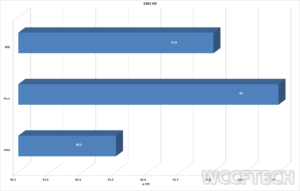 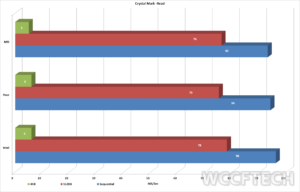 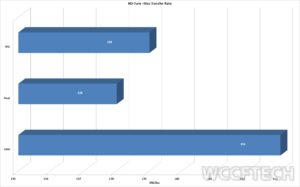 The MSI board has several innovative features. Onboard over-clock buttons, Both Gen 2.0 and Gen 3.0 PCI-e x16 slots (though the former are only x1) and oodles of accessories. It is hard not to recommend this board. Considering it costs about the same as the Intel offering but is offers much better functionality and is more user friendly.