I have recently been fortunate to use a gaming keyboard with Brown mechanical switches. The responsiveness and "clicky-sounding" keys were a joy, primarily when I used them for gaming and productivity.

The MSI GK71 Sonic gaming keyboard is more minimalistic in physical design, but that does not stop it from being flashy underneath. The keys are roughly 60-65% transparent on the bottom while being slightly transparent on the top so that seeing them in darker environments is not impossible. MSI states on its website that the Sonic keyboard is linear mechanical switches and claims to be one of the fastest in the gaming keyboard marketplace.

Above the arrow keys is the MSI logo embossed onto the aircraft-grade aluminum alloy and gray finish, and the keyboard includes dedicated media controls for streaming music or videos.

The company has a handy volume dial on the top right so you can adjust the volume or mute your content quickly. The volume button and dial allow you to adjust the volume, and pressing down on the button mutes what you have played through the speakers at the time.

It offers the duplicate 102 keys that you see on most full-size keyboards. Under the aluminum cover is a plastic frame with rubber stops and feet that reveal towards the right and left rather than forwards, which many keyboard manufacturers tend to design. It is heavier than other keyboards I have used, but I would much rather have a keyboard that can take a beating than one that breaks down in a month or two.

The Sonic Red key switches on the MSI GK71 Sonic mechanical keyboard are linear, meaning that the switches do not have an audible click or tactile bump when in use. In theory, linear key switches are the fastest available.

Another unique design I found interesting is that the keyboard offers two lanes for a cable to run across in an "X" shape.

Lastly, MSI includes a wrist rest that is soft and silky to the touch and does not feel in the way. The wrist rest offers the same "X" design to help with cable management and the rubber feet.

If for some reason, you would need to remove the keys to clean the mechanical keyboard or replace keycaps with another brand, MSI provides a friendly keycap gripper for ease of removal and replacement.

The Sonic Red mechanical keys have taken some time, and even after several weeks of use, I still found it a bit of a struggle for several reasons.

The responsiveness of the keys is superfast – the company states that there is an actuation force of 35 grams – but the keys themselves feel close together and more complicated to type on due to their slickness. I made more errors on this keyboard than the Brown key switch mechanical keyboard from IO Gear. Brown key switches are tactile, which aids in minimizing mistakes and increasing the speed of inputting data. However, Brown key switches can be pretty loud, so the viewer or listener will hear every click of the keys for gaming environments, such as streaming while using or wearing a headset. For me, switching between content creation, writing, and gaming, I still prefer a nice loud Brown key switch over MSI's Sonic Red switches.

With MSI's GK71 Sonic keyboard, my average WPM (words per minute) was around 40-42, whereas I averaged between 50-53 WPM with the Brown switch mechanical keyboard. It seems inconsequential, but in my line of work, speed is critical in getting articles, letters, and more out on time. I did not notice a difference in responsiveness in gaming, but, again, with design, it was not as effective as the other gaming keyboard I use.

The keyboard's underside and wrist rest allow users to tuck unwanted cables underneath. I'm sure, in theory, this would generally work if you were using MSI products specifically, but some wires could not fit comfortably underneath. I found the feature needs further work to be more accessible for everyone.

I rarely used MSI's software suite. I accessed the Mystic Light application to adjust for RGB customization. Still, aside from messing with the RGB options, I felt the rest of the software was unnecessary and removed a large majority of the features.

Is the MSI GK71 Sonic mechanical gaming keyboard for you? For me, where I use my keyboard more for productivity and less on games, I cannot recommend it as I found it to make more mistakes than the Brown keycap keyboard. It also helped that the keys on that keyboard were more spaced apart and more noticeable when hit, allowing for fewer mistakes. And that was both in gameplay and writing. I rarely used the media keys except for the volume button, which I used more of the dial than the button itself. Others may use the media keys if they play a lot of music, but movie watchers will probably forget it is there or have a dedicated remote or short keys. The software? I only will install the Mystic Light RGB controls. The rest conflicted with many other applications and games that it was more annoying than tremendous or valuable. I hate calling things like this bloatware, but it was a lot of bloatware that was unnecessary. Hopefully, others out there will find it more useful.

Is it worth $130? The build quality was excellent, and I received no conflicting miss keys or non-responsiveness from a defect. All the issues with mistypes were from human error. If I were shopping for a mechanical keyboard, I would look more towards a tactile keyboard than a linear keyboard, only because I felt more responsiveness from tactile keys than MSI's Sonic Red in-house linear keycaps. My use will vary from other users. 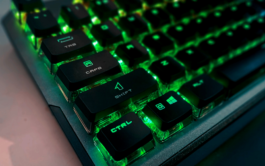 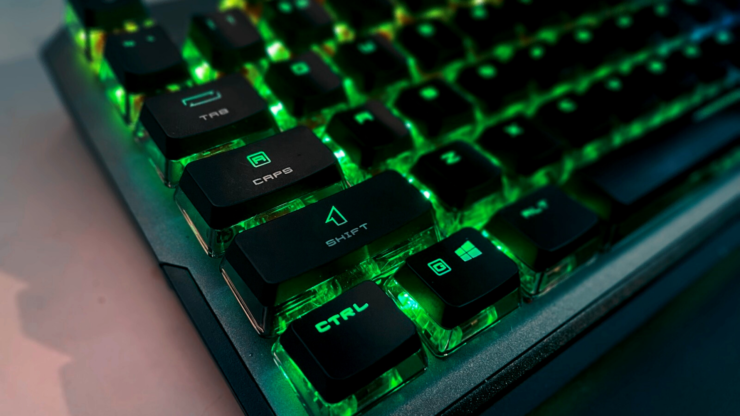 The MSI GK71 Sonic gaming keyboard is a silent and feature-rich keyboard but offers unnecessary software options and may work for some, but the price tag will divert some from trying the keyboard out for themselves.