Medal of Honor took a serious time-era turn, when it went straight from the casual, and boring WWII to a much more present time, somewhere in the 20th Century. The game as always, is a 1st-person shooter and is developed by Danger Close, a division within the huge EA Los Angeles, and DICE. The game set its appearance on the PC, Xbox 360 and PS3 on October 12, 2010.

The game, as said before, is happening in a much more present time, and so depicts the "Anti-Terrorist" War In Afghanistan, which makes the story not only interesting, but much more realistic. The game also set its place, when it became the very ever Medal of Honor game to be ranked "M" (Mature) from ESRB.

The main plot of the game is primarily based around the War In Afghanistan, against the tyrant rebels and militants; AQ (Al-Qaeda) and Taliban forces that occupy the area. The game is somehow linked to the actual "Operation Anaconda", however, the resemblance between both is less and the game itself focuses on much more different scenario as compared to the actual events.

The game was helped developed by several consultants from the US military, and so the game typically involves the usual raiding terrorist hideouts, hostage rescues, and undercover operations, that may be a part of real life activity too, of the forces in Afghanistan.

The whole story in my opinion was carefully planned, and is a well developed one too for that matter. There was no sudden twist in the story, and neither was it predictable. The story kept going in a continuous manner, with an amazing gameplay coupled,  the game was made just more fun to play.

The game was made with professional US military support, and was so designated to be very realistic, and wanted to show how the actual War in Afghanistan, looked. While the real image may never been looked upon, it gave us something more than just a picture, which was more than enough for us.

While the Multiplayer does not work in Pakistan, we will not be discussing on it, since I don't want to give out false comments and reviews on something that I have not experienced or played.

The single player basically focuses on a 1 man show, however, throughout the game the user takes control of different  members of different teams, which include

At one time of the game, the user also takes control of Brad "Hawk" Hawkins, who is the gunner captain of an AH-64 Apache gunship helicopter. The game has many different missions, which include POW rescue, going into Taliban hideout caves, taking out enemy positions so that the US can take control of that area. Also, not to be forgotten is the use of an artillery binoculars that help the user throughout the game, at different times, allowing the user to rain down hell of the enemy from the skies

Graphic wise Medal of Honor was not a bad game, considering it to be relying on good physics and good graphics. However, the graphics were good, not GREAT as of are newer and well compared games such as Call of Duty: Black Ops, which surely puts graphics on a level that may be praised. However, the patterns and rendering engine of Medal of Honor was amazing. The rifle, faces, and environment had good pattern textures and gunfire smoke looked real.

Sun-rays coming through slides and windows gave a much more realistic look and feel to the game, and didn't make it look bland.

Now to end off the review, we really loved the game. Of course, comparing this MOH to the older ones, this is by more than a mile better than those games. While the story went in a flow and provided a good action gameplay, we still believe the game needed to be a bit longer, as the games storyline was a bit too short. It ended pretty as soon and could have been a great hit if its story was extended a bit, and made a bit more realistic.

But, all in all we loved the gameplay, the graphics and the storyline, so meh! We won't rant much more. We'll give it a 9/10 and a Must play award (if we have 1). 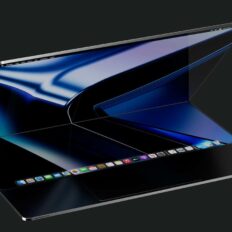 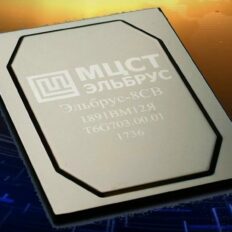 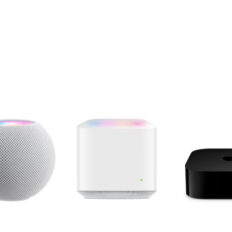 This Apple AirPort Concept Supports The Latest Wi-Fi 6E Standard, Is The Same Size As A HomePod mini, And Features A Custom SoC