Mario’s been playing tennis longer than most Wimbledon participants have been able to speak - as such, you’d expect him to be playing in the Olympics by now. Oh wait, he does that with Sonic... Well, I suppose for the portly plumber Mario Tennis Ultra Smash is a bit of a warm-up, or should we say, a bit of filler for the Wii U’s holiday line up. 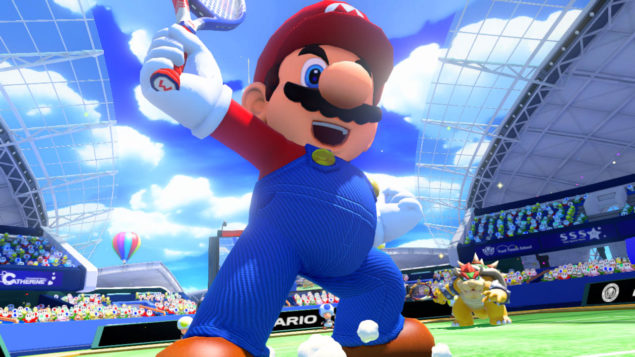 Everyone by now knows what Mario Tennis is all about. As you would expect, it’s about Mario and his freakish crew playing tennis, aiming the ball square between the eyes of his less-beloved friends. Which is likely why Wario and Waluigi’s noses aren’t looking too good. It’s tennis, plain and simple, and unlike Mario’s other ventures outside of platforming, this one isn’t packed to the brim with gimmicks.

Anyone that’s played Mario Kart will already know the sting of blue shells and the mayhem of items swirling around the track - anyone who plays Super Smash Bros. with items on will know the fear a hammer can instill in you. Mario Tennis isn’t like that; instead of bombarding you with items to collect, there’s only one item to keep track of - the Mega Mushroom. This transforms characters into giants, and as such, they hit the ball with real ferocity.

Outside of the Mega Mushrooms, all you really have to focus on is tennis. You have a variety of shots; smashes, lobs, curve balls and more. These techniques feel obtuse at first, but with a little practice it’s easy to see that there’s a very real, legitimate game of tennis under the colorful Mario coating. A harsh smash will push players back to the edge of the court, and if you quickly follow that with a gentle ball that barely makes it over the net you've won another point. It’s simple to learn, but a devil to master, as I discovered when friends entirely embarrassed my “skills”.

While the game isn't a proper simulation like Top Spin back in the day, the arcade-style foundations are undoubtedly solid, which makes it more disappointing that there isn’t much longevity. There’s Mega Ball, which is Single or Doubles tennis with Mega Mushrooms being thrown around, Classic Tennis which is the former minus Mega Mushrooms, Mega Ball Rally where you simply see how many times you can rally an oversized tennis ball, and Knockout Challenge where you face opponent after opponent, with the option of having an amiibo companion to level up and compete alongside you. amiibo take a more linear approach to learning than in Super Smash Bros., with every five or so games giving your pal a stat-increasing badge.

Outside of those modes, there’s online play and that’s it. There’s no “story” or campaign to tackle here, just a really fun game of tennis. Which is after all what I expected, and yet, I still wanted more from the experience. Something to give me a reason to return to Mario Tennis Ultra Smash outside of the occasional multiplayer session. 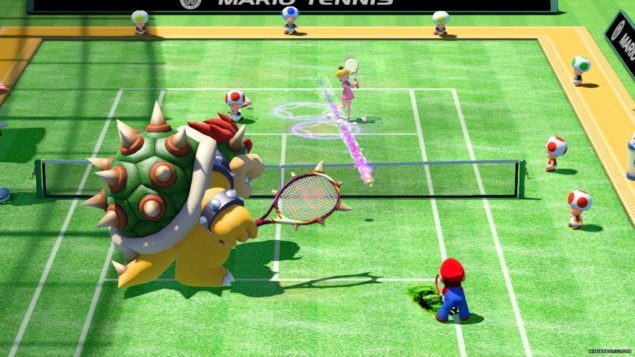 The game has had some small controversy prior to launch with the discovery that there’s only a single stadium in the game - yes, this is true, but the court floor itself has variations, such as hard surface, carpet, grass and sand. These affect the speed and bounce of the ball, giving more variety to the gameplay than a simple change of scenery would. That aside, except for replays you’ll never actually look at the stadium, only the court floor.

The game is honestly beautiful, and looks gloriously smooth running in 60FPS much like other Mario titles on the Wii U. The sound design also gives great feedback, delivering bassy blows and sharp pops as the ball is rallied back and forth in court - though the music is all too forgettable, a shame given Mario’s history of strong music to support his games.

Mario Tennis Ultra Smash is a really good game, but it’s just tennis. If the chaotic frenzy of items in Smash Bros. or unpredictability of Mario Party gets your blood pumping, then this might not be a game for you. It’s a game that’s far more tennis than Mario, and that’s just fine. Just don't expect it to be anything more than that.