Lust for Darkness Review – Monster Vaginas and Little Else

Enter Jonathan Moon, an architect, who receives a cryptic letter from his wife, who had gone missing for over a year. After some Googling, Jonathan finds his way to the sprawling mansion where his wife Jessica, had been held against her will for the past year. As it turns out her captors are followers of a depraved sex cult on the eve of a huge ceremony involving lots of kinky acts of coitus, human sacrifices, oh, and doorways to another dimension. 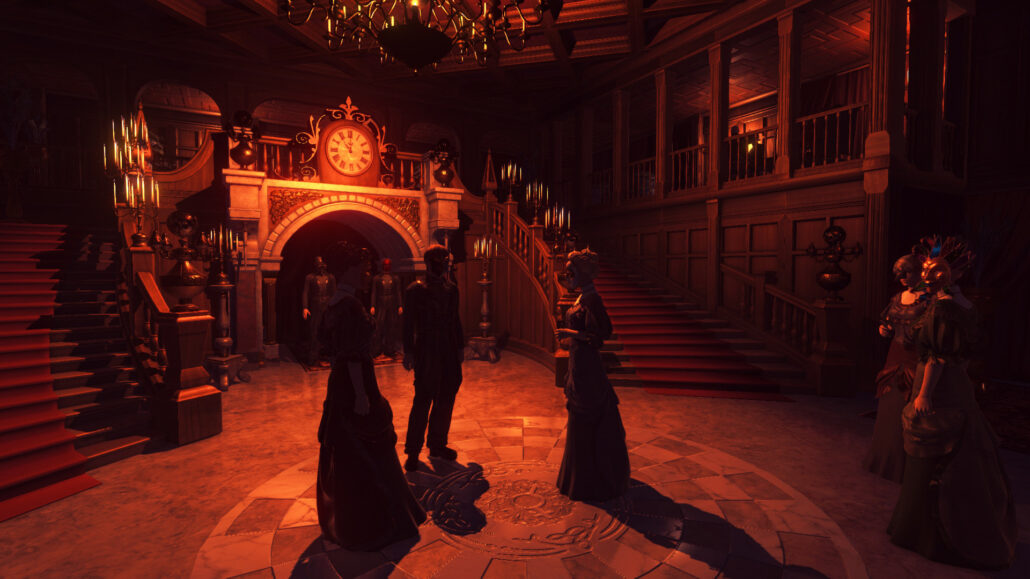 The dimension in question, Lusst’ghaa, is an alien and terrifying Eldritch nightmare with boobs. The cultists believe it’s a land of never-ending pleasure but, because cults are usually wrong about this sort of thing, it’s actually a land filled with sex-monsters that want to murder you and inexplicably filled with puzzles. There’s an unsettling nature to Lusst’ghaa that feels like you’d be swallowed whole at any given moment by a monster vagina.

The help of a magic mask you acquire early on will unlock secret paths that’ll aid you escape along with being able to run faster, keeping it on too long though, with make you go insane forcing your screen become incomprehensible then you die. If that doesn’t kill you, the various semi-naked monsters will likely do you in. Much like games like Amnesia and Outlast, the option you have in these encounters is to run away as fast you can. Knowing how long to keep the mask on as you escape is key to surviving. Whenever I saw a straight away or a portal back to real-world, popped that sucker on and bolted.

Once one of these freaky monsters shows up, it becomes a practice of trial-and-error as you try to avoid running into a dead-end. With no way to fight back, a creature with blades for arms and giant breasts is going to make short work of you if you don’t give it a wide berth. These encounters have a tendency of breaking whatever immersion with its awkward clunkiness. They basically stop chasing you once you sprint through a portal. Puzzles themselves aren’t overtly challenging as you can solve with minimal brain power or by brute forcing things into place. 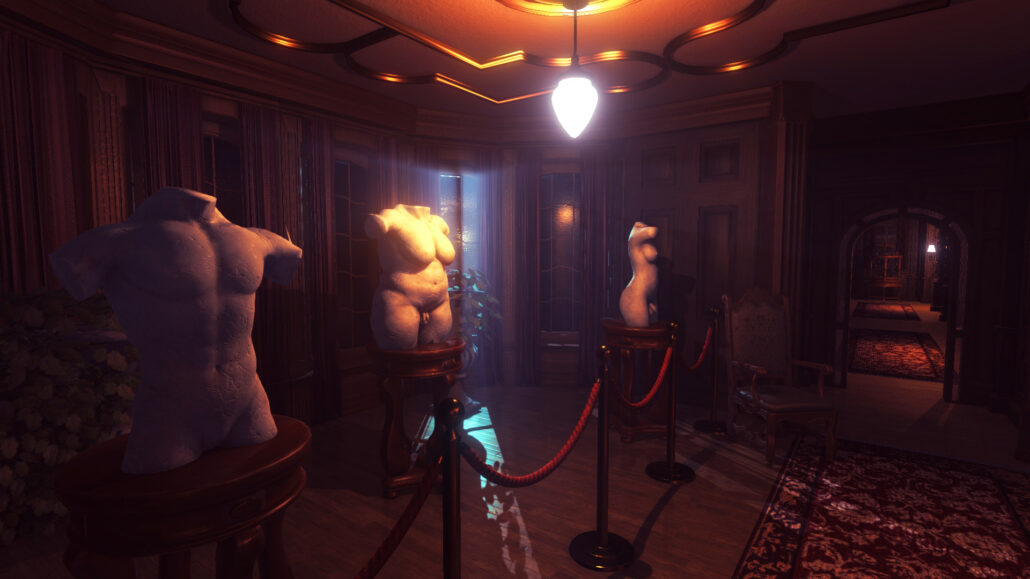 While I credit Lust for Darkness for treading in areas we don’t often see in horror games. Once you get past all the dark eroticism and sexual themes, it’s a pretty cut and dry horror adventure with underwhelming encounters and a couple of good jump scares. 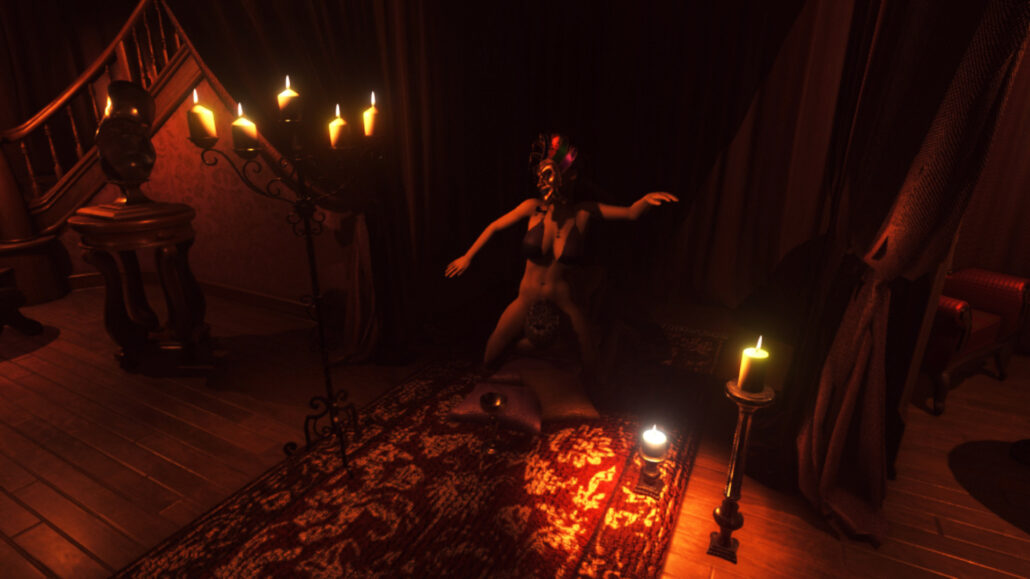 The voice acting falls a little flat in places and the characters seem stiff and robotic when they aren’t having sex in the background. More often than not, you chuckle more times than jump out of your seat. Thankfully, the game is short enough that it doesn’t overstay its welcome and still manages to squeeze in a handful of disturbing frights in the two-ish hours that it’ll take you to run through the game.

Lust for Darkness is pretty rough around the edges but if budget horror is more your thing, there are other games that can scratch that itch. Lust for Darkness’ strength comes from its shock value but all the sex and gore lose their effect when you try to awkwardly outmaneuver your pursuers around corners.