Life is Strange is back, with new characters for you to fall in love with, new places to explore, and new powers to abuse. In Life is Strange: True Colors, you take on the role of Alex Chen, a young woman reuniting with her long-lost brother in the idyllic Haven Springs, Colorado. As with all the other games in the franchise, you’ll quickly find tragedy and darkness beneath the surface of this quiet slice of Americana, a shadowy adversary that affects and influences everything it – and you – touch.

Headed up once again by Deck Nine, the studio behind the fantastic Before the Storm spinoff, True Colors is a sign the studio is growing more confident with handling the series, as it explores and develops more unique ideas, characters, and abilities. The story of True Colors is focused and measured. Like Before the Storm, you won’t be facing down against widespread destruction or singlehandedly dismantling a detention center. Instead, you’ll be dealing with personal grief, self-acceptance, and finding a community. It's paced perfectly, with great characters, set-pieces, and dialogue that really invests you in the experience and conspiracy surrounding the town. And since it's a completed experience rather than an episodic release, you can enjoy it on your timescale.

One big change this completed experience brings is in the opening. Normally Life is Strange games have to leap immediately into the inciting incident because there isn’t much time to do anything else. In True Colors, Deck Nine takes their time, allowing you to meet the characters properly and develop a relationship with them before the guaranteed tragedy strikes.

Life is Strange has always focused on young characters struggling to survive in a strange world, as we all did, but they’re also grappling with extraordinary powers to boot. Most of the time, these are easy to understand as a player: Max can rewind time so you can decide which route to take, while Daniel has telekinesis. On the other hand, Alex has the most subtle powers so far seen in the game, except maybe Rachel’s. And initially, it can be difficult to understand how this power will be used throughout the game.

Alex can see, influence, and become infected by the emotions of the people around her. Calling it empathy seems misleading given the scope and insight of her ability as you become more used to it. On the surface, this works as low-level telepathy where she can tell not only what they are feeling but also why. This often lets you complete puzzles and ‘random’ acts of kindness – like finding a song on the jukebox that someone has stuck in their head – as you explore Haven Springs, which are often simple but eternally pleasing asides while you’re meant to be solving a crime. As you delve deeper into people's emotions, you can start to understand how they see the world, which the game handles brilliantly. Paranoia might present itself as the townsfolk staring and a fixation on the security cameras around the wall, while anger might present itself as a shelf-shaking earthquake. The ability to empathize with the other characters this way works really well, not just as the foundation of some brilliantly creatively puzzles but as it helps you immediately identify with all the side characters. Now that you can see and share in their emotions, you’ll quickly gain a deeper understanding of their character, much like the central characters whose thoughts you’ve always been able to hear.

Alex’s power also deepens the moral choices that Life is Strange is famous for; this power takes on a fantastic role. Whatever decision you make often becomes all the more bittersweet when you can see the immediate emotional fallout of choice and have no way of pretending otherwise. And as these powers develop, your choice to influence people through them becomes as controversial as the secrets Haven Springs is built on as you grapple with the implications of robbing people of their perfectly valid feelings. The game has taken a more nuanced approach to some of the puzzles, allowing the player to explore the potential invasiveness of the power in a way that Life is Strange normally withholds until the final chapter, when they can make you feel bad for playing the game. 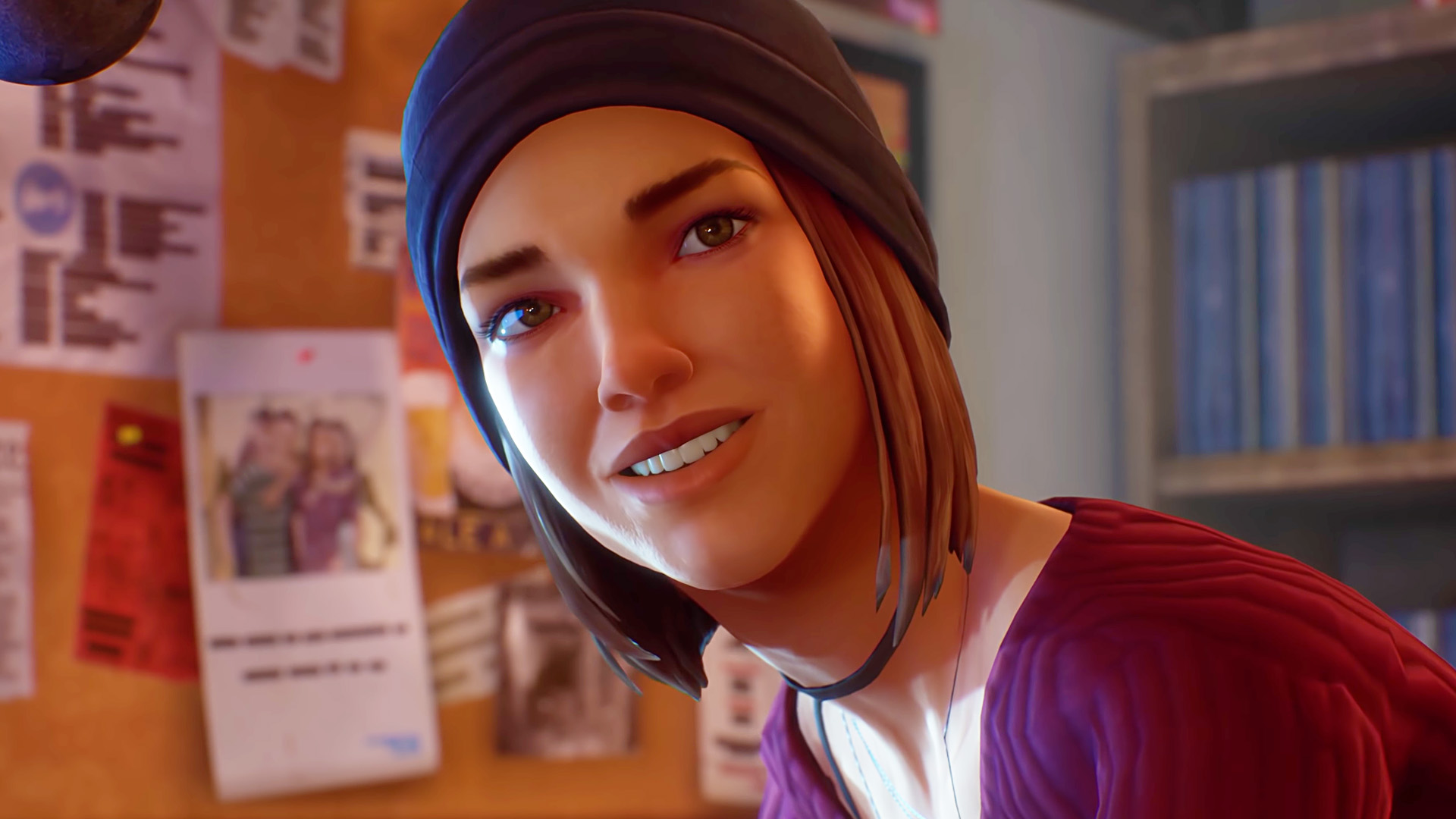 The level of detail in the lives of the other characters is expanded beyond the power Alex has too. Like the other games, you’ll be able to read your journal, text messages, and in True Colors, you’ll even get constant social media updates of the other characters. The Social media app, for instance, allows you to see how characters interact with each other outside of your influence. Moreover, exploration and patience often yield amazingly detailed results for players wanting to get the most out of their stay in Haven Springs. One instance has you searching through phone recordings. While there’s only a handful that is important to advancing your investigation, every one you can see is fully voiced and offers a tiny insight into the people involved.

Outside of the characters, you’ve got Haven Springs itself. This small town is probably one of the most realized locations in any Life is Strange game, including Arcadia Bay. Thanks to the characters and another fantastic inclusion, the main road, it feels more real, more connected. Most of the locations you’ll visit in Haven Springs are just off the main road, meaning you’ll be walking between them rather than loading from place to place. It’s a small change from the typical formula but does a fantastic job in grounding the area, letting you connect with it as much as the people. It’s also just beautiful. It also feels like the character design and animation have been overhauled too. Life is Strange has always been an emotional, often sad experience. In True Colors, the smiles are still a little toothy but look less like a grimace than in previous games. Body language has also been improved, and you’ll see organic, subtle movement, which tells a story of the character's feelings as well as their glowing aura.

One of the most popular sections of Before the Storm was the inclusion of a few segments of a D&D-like game where you got to roleplay as you Chloe roleplaying. Deck Nine took it one step further this time with a full-blown LARP (live-action roleplaying) about halfway through the adventure. Once again, this sequence makes you want to see Deck Nine create a full-blown game about a D&D group or something. It is handled brilliantly, with adorable combat sequences, fantasy puzzles, and haphazard costumes. 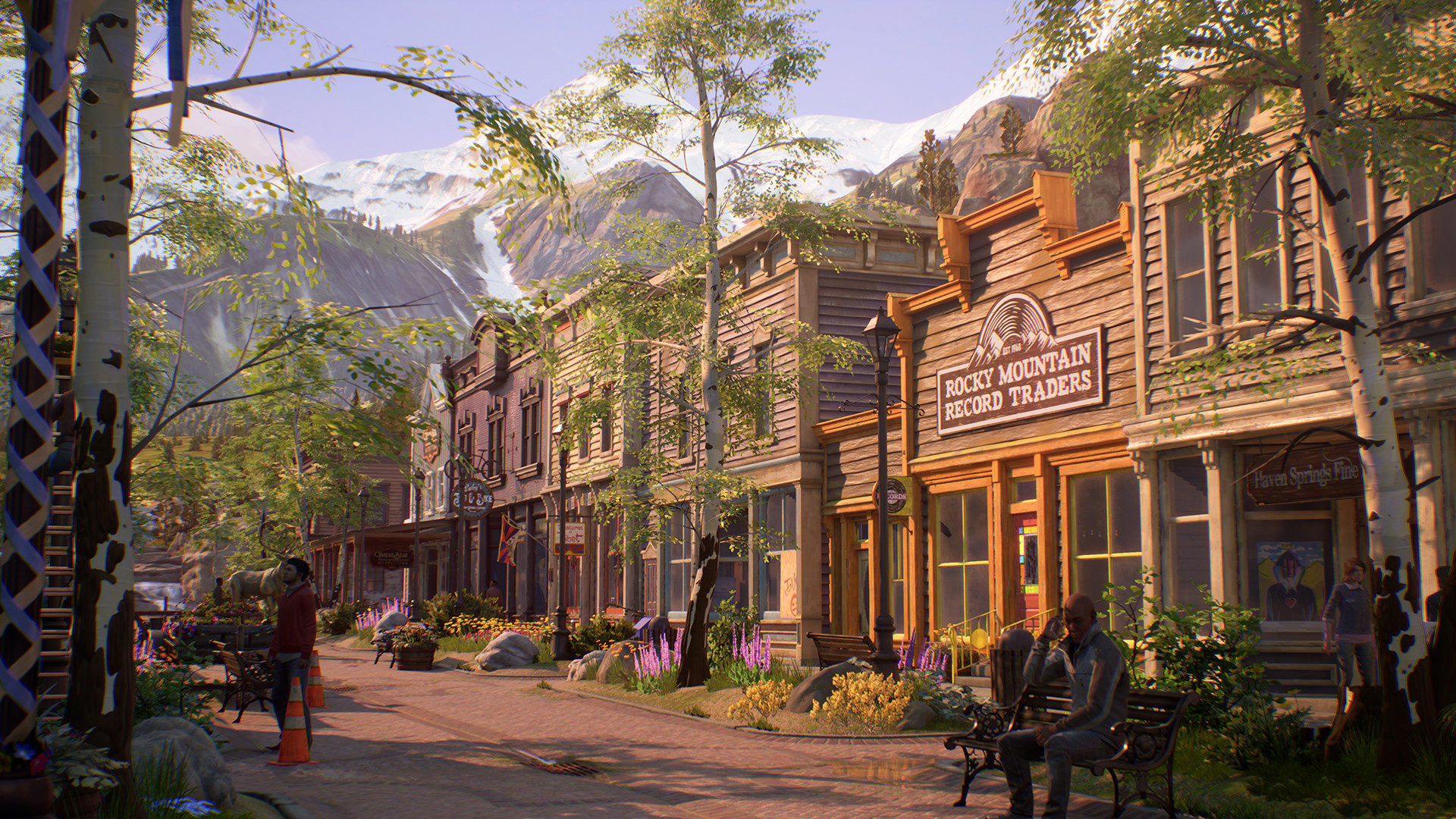 If True Colors missteps anywhere, it is at the beginning of the final chapter. The game pivots to introduce characters only hinted at previously, but their dramatic revelations don’t have the emotional impact the game was hoping to achieve because you just don’t know them well enough. Despite this, the story finishes incredibly strong, with just as much pathos and catharsis as you want from a Life is Strange game.

True Colors is nothing short of a masterpiece. Its characters are some of the most well-developed of any video game and half the television shows released this year. Its story is perfectly paced with plenty of exploration and meandering for the player to take their time with. The acting is incredible, with each character showing a huge range. The soundtrack, if it needs to be said, is perfect, as always. And the new power adds layers to a game series already so focused on emotions.

Life is Strange: True Colors is another success for Deck Nine, highlighting how well they understand the source material and its connection with the audience. The new characters, location, and power are an instant classic of the series and we can only hope they continue to develop this world alongside DONTNOD.