Life is Strange: Before the Storm

Playing as Chloe Price is difficult. Unlike the reliably nosey, shy and kind Max Caufield of the original game, Chloe Price is troubled, brash and, well, difficult. Life is Strange: Before the Storm, which has you inside the head of everyone’s favourite punk hopes to expand on her character with some prequel episodes that flesh out her personality, and more importantly, her relationship with Rachel Amber.

If you haven’t played Life is Strange yet, you should, and you definitely should before you play Before the Storm. Despite being set several years before the before the original, Before the Storm is filled with characters, tones and hints at things to come. Nor does it ever explicitly explain the relationships or importance of the characters, meaning that new players will miss a lot of subtext.

That being said, players of the original game can sink their teeth into the coastal town of Arcadia Bay all over again. From the sinister looming presence of the Prescott Family to Blackwell Academy to the undertones of economic stagnation, it's all here. But through the eyes of Chloe Price, we see a different side to the quiet town. The very first section of the game has the players exploring ‘The Mill’, a rundown industrial site with a bad reputation as a drug den with live music. This is the kind of environment Max wouldn’t go and shows the new developers' willingness to shift away from the original atmosphere of the game. And initially, it makes playing as Chloe an exciting experience. 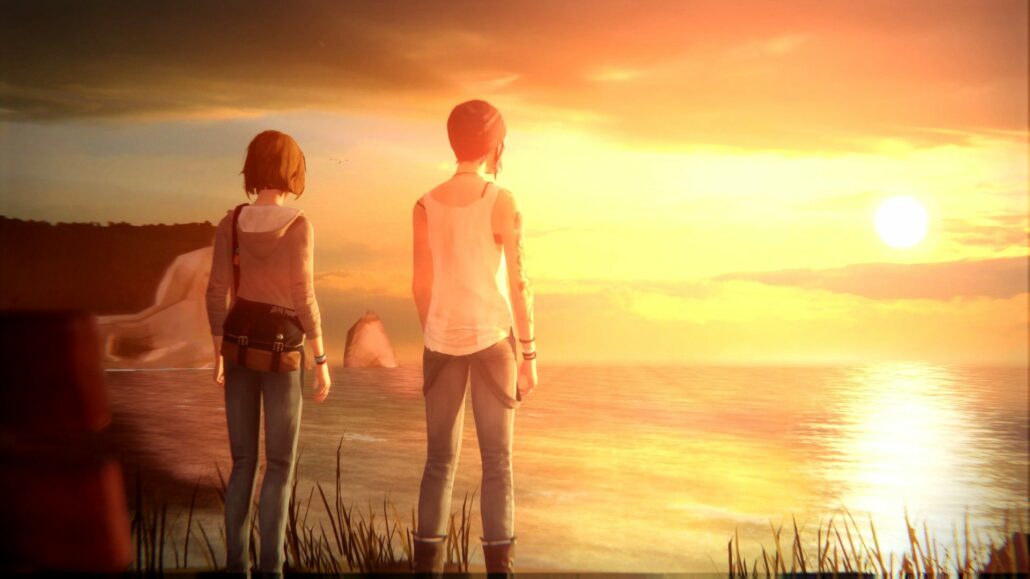 This is even more true with the introduction of Chloe's persuasive skills. While Max might be able to rewind time, Chloe can ‘chatback’, destroying egos, friendships and thesauruses. Using cues from the previous line of dialogue, you get to select the most devastating insults until you get your way.

Life hasn’t been strange to Chole, it’s been cruel; and Before the Storm is when Chloe starts to fight back. Although you don’t have to chat back to get your way, it is an effective tool, albeit with consequences. Sometimes you might just feel guilty about being so harsh to a potentially undeserving character, sometimes you might have to contest with a now angry character.

Anger is at the centre of Before the Storm, with Chloe grappling against her self-destructive tendencies and the world. Not much happens through episode one, although we are finally introduced to one of Life is Strange's most infamous, and absent, character: Rachel Amber. Instead, Episode One is more of a character study. It forces the player to see the world through, angry eyes. And it shows just how important Rachel is to Chloe, setting the stage for her tragic disappearance in Life is Strange.

These two characters are the heart and soul of the game, and navigate the awkwardly standoffish, flirtatious and exploratory conversations between the two characters is a joy. Seeing the way they affect each other and how the world reacts to their unlikely friendship is as honest as a game can be. I look forward to seeing how the relationship develops and grows over the next two episodes, but that does come with a worry. While it is great to contextualise the relationship between the two teens, especially in the absence of Max, it comes at a cost.

One of the strongest aspects of the firsts game dynamic is that Max is unfamiliar with the relationship between Chloe and Rachel and that she doesn’t even know what Rachel is like. Investigating her disappearance means learning about her from a variety of sources, who often contradict each other. Giving life to Rachel in Before the Storm means embracing this impossible character, ever popular, intelligent, talented and beautiful. It takes something away from the mystery of the original game.

And I know that discussing a different game during a review is a bit weird, but the strength of these games the characters that power the narratives. It’s not something that detracts from this game, but it is something that lingered in my mind during every interaction I had with Rachel.

But like Life is Strange, Before the Storm does a tremendous job with its soundtrack. While the graphics are the same quirky design you might remember, Before the Storm’s soundtrack by British Indie band Daughter does an amazing job of reflecting the tone of Before the Storm. It is the perfect accompaniment to Choles thinly veiled anguish and really rounds out the game.

It has been difficult reviewing Before the Storm. I find my personality at odds with Chloe's, who's unlike any central character I’ve played in a game like this. And yet, I find myself agreeing with her actions, her lashing out and rebelling as a way of dealing with a world she doesn’t agree with. It is a testament to good character design and pacing that it can put me at odds with myself. Knowing the conclusion of these two flawed characters relationship adds a note of tragedy to it, but for fans of the original, this is a game that delivers on exactly what was promised. Even if Chloe's voice isn’t the same, the character is spot on and beautifully troubled.

Before the Storm is a glimpse into a struggling mind. It is a not a blank canvas to create your own character, but the story of one person meeting another. Beautiful and flawed.