Innovation is a good thing. Well, it can be. At times, something has been made a particular way for a long enough time for a reason. That reason is normally a simple one: it works. In the case of the mouse, we've had a few changes here and there, some made with what is essentially a keyboard attached to it. Others may have swappable panels and then there's whatever the Razer Nostromo is. Introducing the Lexip Pu94, the first mouse with two joysticks. Also, best described as a mouse that's making me feel a little like Roger Murtaugh.

The variety of mice that have been created over time have been made to work for specific genres, particularly ones like MOBA's and MMO's. This could be from the aforementioned swappable side panels, the inclusion of reactive LED lights or some other aspect that I just can't think of here. The thing is, some games have just never been ideal for a mouse and keyboard combo. This is where the Lexip pu94 comes in, being an outstanding tool for such as flight simulators, city builders or even - to an extent - games from other genres that you may not have expected. 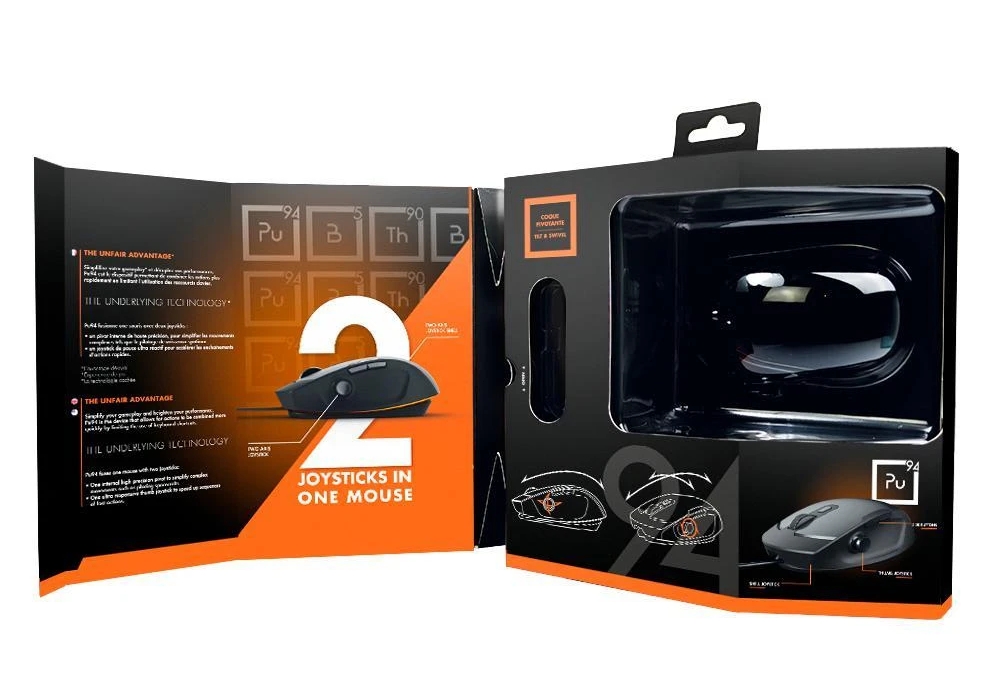 Let's talk about the USP of the Lexip pu94. Two joysticks. Not only does the mouse have a joystick on the left-hand side, in a good position for your thumb to simply reach down and twiddle with as you please, but it also has a second joystick. This second joystick is the whole base of the mouse. Yes, you heard me, the whole base. While clicking the buttons you want to click, potentially twiddling with the left joystick with your thumb - or even pushing the two side buttons - you can also adjust the angle of your hand forwards, backwards, left or right, activating the base joystick.

This can be quite infuriating to begin with, frankly. It took quite a bit of learning just to get me out of the habit of moving the mouse with a bit of force or even picking it up or putting it back down. Each time I put down the mouse I would activate one of the joystick buttons on the base of the mouse. Browsing on Firefox, it would flick through the page. Watching a video? I must have paused videos more time than I can imagine. It was only when I finally went into the software for the mouse that I could finally get it working as I wanted.

What helps is that you can create a separate profile for whatever software you may want to use. That it let me remove all bottom joystick activations while browsing the internet or watching videos - frankly, whenever I wasn't in a game - was invaluable. It was only when playing specific games that I wanted the joystick to be in-use, though this does go against the whole USP of the mouse. Why have a key feature of a mouse that is interminably annoying if you don't deactivate it part of the time? At least one thing that can be said is that each and every single button and angle for the joystick can be remapped to your own specifications. 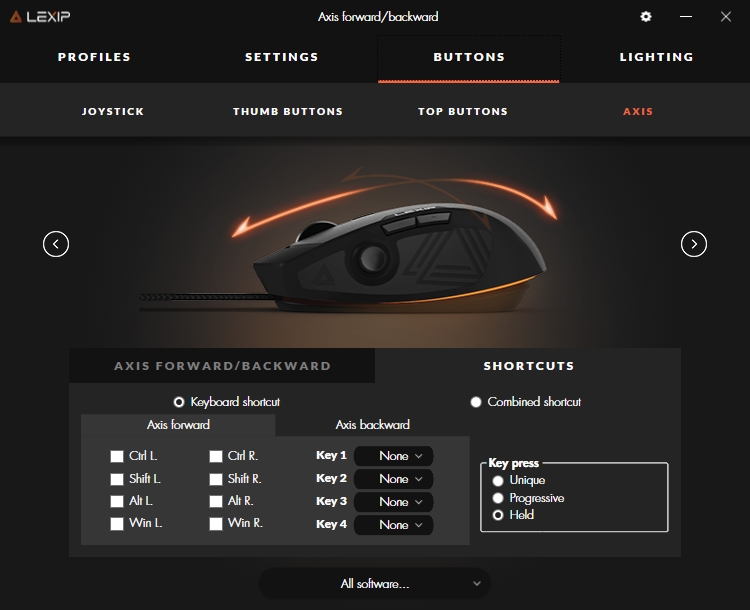 I'm being a little unfair. It was only interminably annoying when I wasn't playing a game. When I was playing games, it surprised me just how good the mouse could be. I suppose I should say specific genres of games. The combination of joysticks was exceptionally useful when playing games like Elite Dangerous, X3 and Ace Combat. In addition to games that have you flying around, the mouse also provided extremely useful for accuracy in city-building games like Cities: Skylines and for driving around in racing games. Further to this, I found the mouse extremely useful when using software like Photoshop, with the mouse enabling very specific movements with finer ease.

No matter the game you're playing, you'll be able to adjust the mouse to your perfect specifications. At least that's the idea, there are some games the software doesn't communicate with too well. It does require a little fiddling around and creating a separate setup for the specific piece of software, but for the most part, it works well. Very few titles seem to ignore the software, though others like CS:GO actually recognise the mouse, cutting out the middle man.

From the software and feature side, I can't help but really appreciate what they've gone for with the Lexip Pu94. It really is unusual and new, it's innovative and it is undeniably great for certain genres. Sure, it takes a little getting used to but that's not unlike most new things. The problem I really have isn't so much with the fact that it's got some new elements, it's the actual design of these new elements. Frankly, it's the design of the mouse that turns me off somewhat. 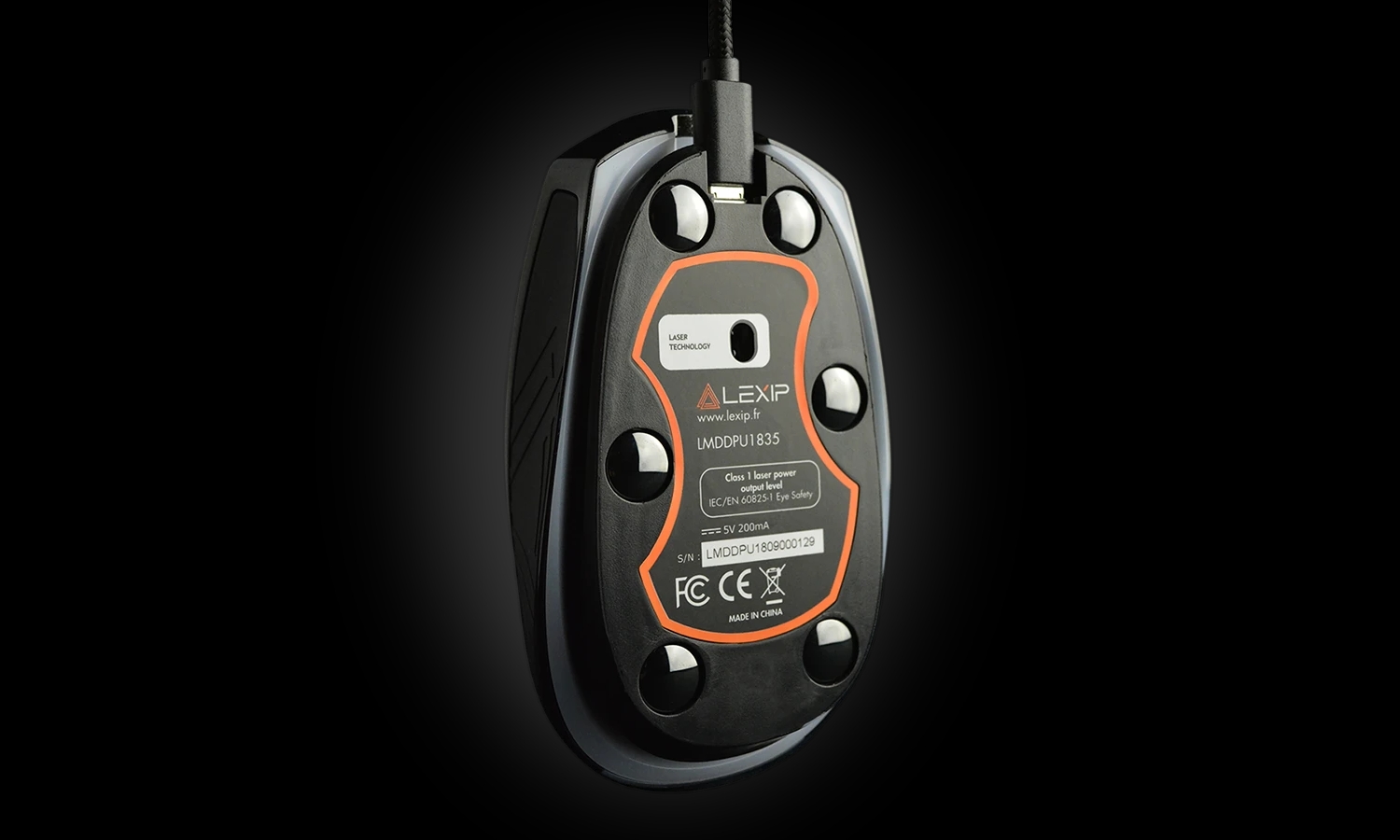 Why? Because I'm fairly sure if I used it permanently, I would end up crippled. The shape of the Lexip Pu94 and the movable joystick-base means you have to hold the mouse in a claw-like grip. The fact that the side joystick is so far forward actually made it more uncomfortable for me, with me having to move my hand further forward to use the joystick and then backwards to activate the side buttons and even just the left and right buttons.

Why this for the left and right buttons? Well, there's actually an immovable ledge between the buttons and the end of the mouse. Sure, this meant that there was no chance of accidentally activating the buttons due to the change of grip and when using the joystick on the base, but I found it very uncomfortable due to my larger hands. I actually imagine the mouse requires you to be in the goldilocks zone, your hands need to be 'just right'. Too large or too small, you're going to have issues and I found that my wrist ached over long sessions.

This isn't to say I know of a better shape or form. I imagine Lexip did a fair amount of R&D before the final release, even before their Kickstarter which raised a massive €430,000 on a target of €55,000. I also know that others are more than happy with the shape and design. Like all reviews, you have to take aspects of comfort as the personal assessment that they are. What I can say, without any shadow of a doubt, that the padding on the side of the mouse is very comfortable and exceptionally suited for resting your fingers.

Another good feature is how smooth the mouse is to use. On the base of the mouse are six ceramic feet which make it exceptionally smooth when gliding across your mouse mat or any other surface. Any movement you make is captured perfectly by the 12,000 DPI sensor, with the option in the software to set up four different DPI levels which can then be rotated through via the DPI button. 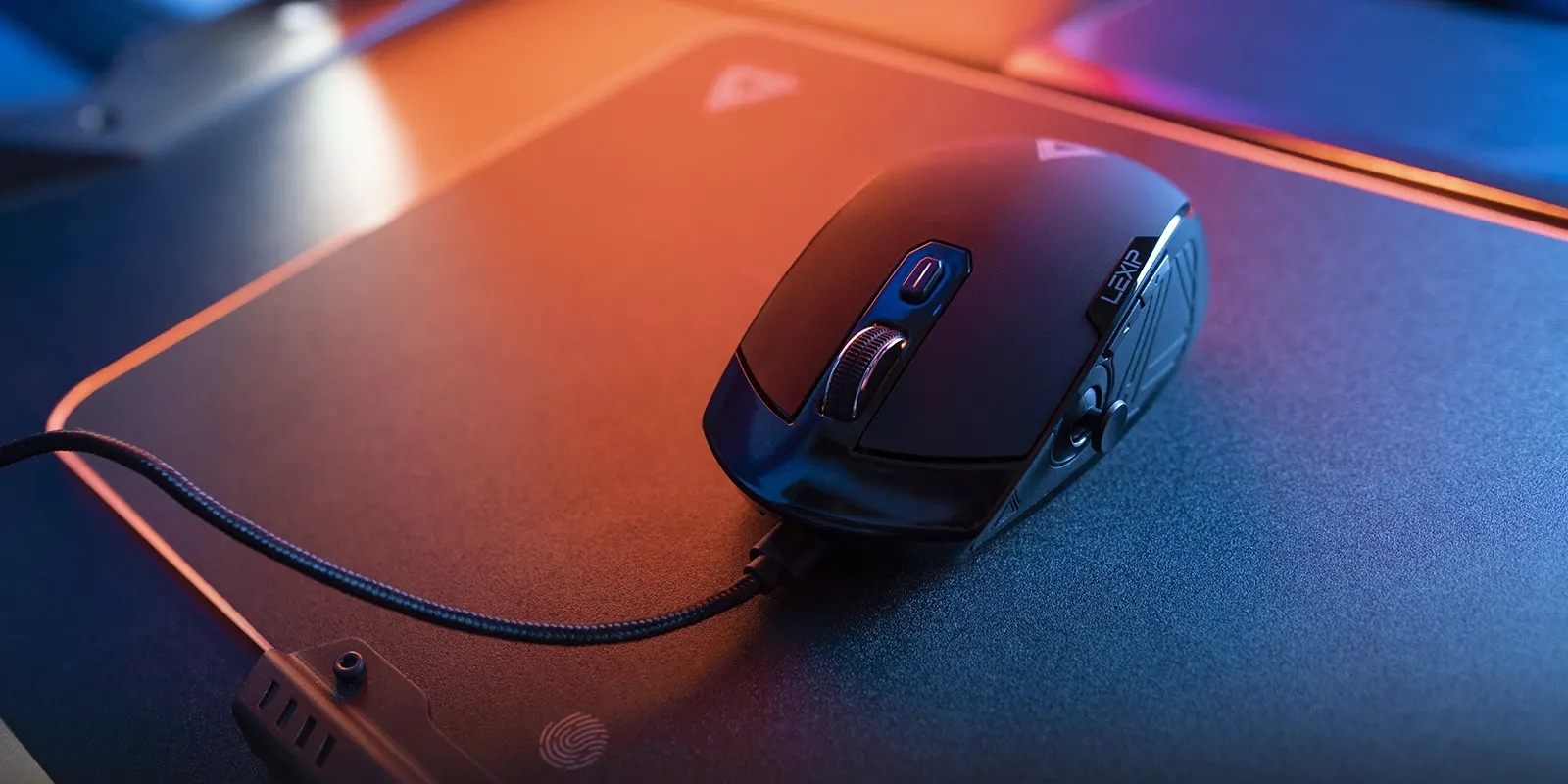 So what do I think about the Lexip Pu94? I've got mixed feelings. I can't honestly deny that I don't like to use it and I've returned to the HyperX Pulsefire Dart. At the same time, I also can't deny the fact that I'm impressed with the level of flexibility from both the mouse and the software. Rarely do you see this level of innovation and a game-changing difference in a piece of hardware or software.

The mouse is certainly a sturdy piece of kit and it does what it wants to do perfectly, particularly for specific genres. I've also got no doubt that other people are likely going to find it easier and more comfortable to use than I've found it. One thing that can't be denied is that the mouse is good value, coming in at just €79.99 or $79.99. It's impossible for me to recommend it for people like me, but I can honestly imagine this could be an excellent mouse for some people. Personally, I'm more interested in using Lexip's new Np93 mouse.

Provided by Lexip for review purposes.

The Lexip Pu94 is an innovative and sturdy piece of kit, offering a good value for money and is, frankly, great to use for specific genres and software. The issue can be that, due to the base joystick, false activations can be frequent and the mouse can simply take a lot of getting used to. Further to that, I personally found the mouse to be uncomfortable to use over long sessions, it even causing my wrist to ache.