We all know those moments where you want a screen that's easy and portable without the necessity of being attached to all of the other components you'd find in a laptop. This could be for a number of uses, from hooking it up to your phone, giving it a larger screen, to potentially hooking up a console like the Nintendo Switch. There are multiple uses for a portable monitor, the question then is if the Lepow 15.6" Type-c Portable Display is worth the cost. 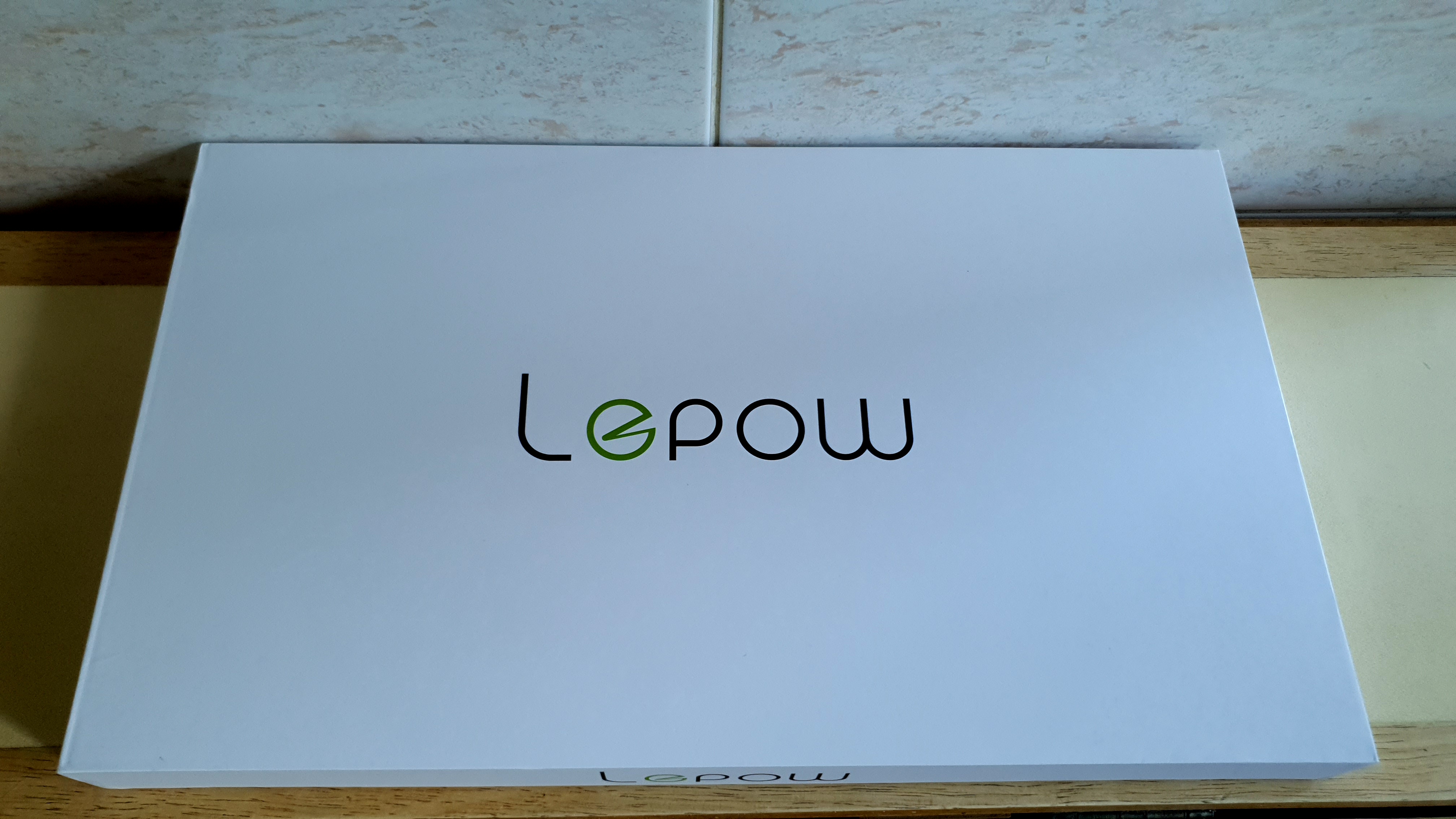 Looking at the specifications alone doesn't give you all the information you need. What you can see is that everything you do need is there in principle, from headphone output options if you happen to want to watch some Netflix while hooking it up to your phone, or the dual speakers for a little docked-mode Nintendo Switch gaming. Or, I should say, almost everything. The lack of a battery does mean that it needs to draw power from whatever it's connected to, which can certainly deplete your phone quite quickly.

The display is fairly large, more than sizable enough for whatever you need, with a weight of 700 grams, it isn't unwieldy to travel around with. One key aspect I haven't mentioned yet is the price, which comes in at $170. This isn't the cheapest portable display, nor is it the most expensive. One clarifying aspect is that it's being described as 'for gamers', but does it live up to that promise?

Quality at the Expense of Cost? Breaking Down the Portable Display

Not really, no. I'll get onto the reason why soon, but let's look at the build quality of the Lepow portable display first. What came as a surprise to me is that the quality is actually fairly good. It feels sturdy enough, with the exception that it does have a bit of flex even if the smallest amount of pressure is placed upon it. This does add a slight concern of it potentially breaking if bounced around at all in a case. How would you resolve this? A case would be nice.

Now, the Lepow portable display does come with a case, of sorts, which also acts as a stand. I'd say it's more than capable of keeping the display protected from minor nudges, but anything major and it's too flimsy. For that matter, the stand aspect of the case/cover is pretty shoddy as well, with the weak magnets doing little to keep the display stood up against any sort of force. In other words, you'd be better off getting all of your settings arranged before standing it up, your adjustments are likely to knock it over.

So the core feels pretty sturdy, but there are elements that I'm not too sure about. This is the button/lever that acts as the control for the menu, volume, brightness and everything else. It's a basic plastic that is both a little niggly to use and also feels like it could wear out very quickly. In reality, it would have been a much better design choice to simply have multiple buttons, rather than the one single... thing. 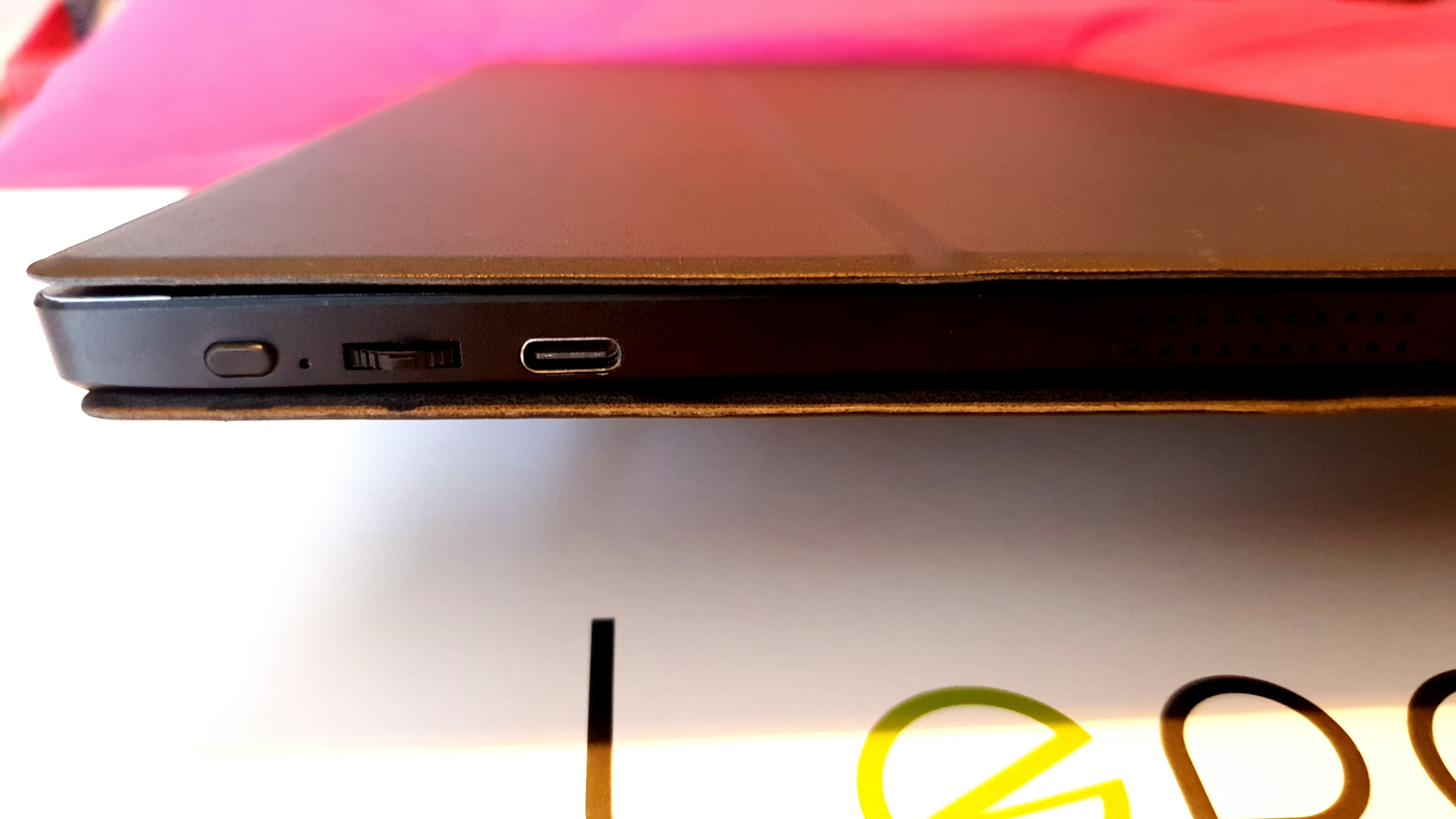 I mentioned earlier how it doesn't have a battery within the display. This is one of the biggest cost-saving and, likely, space-saving measures of the Lepow portable display. It's also one of the biggest concerns because you need something that can provide enough power to the display. When I decided to watch Netflix on my S10+, that was fine simply connecting via USB-c and it provided more than enough power to the display. A power bank will almost always do as well, provided your power bank has a high enough output. The lack of a socket connection outside of China does hinder somewhat, but the USB to USB-C cable is fine if you have a USB socket or adapter.

But How Does it Look?

So while we know that the chassis is of a decent enough quality, what about the display? This is where Lepow has been able to really save on the cost and why I said earlier about it not really living up to the promise of being 'for gamers'. The reason for this is because of the colour, contrast and just general display quality of the Lepow portable display.

Let me begin by saying there are no response time issues here, so what you do is what you'll see right away. All good there, with the 1080p resolution keeping everything sharp. Now the issue comes with colours, which are muted, to say the least when compared to the display on the Nintendo Switch in handheld mode, my TV screen, my PC monitor or my S10+. Also, there's too much light-bleeding, which damages the use of dark colours or black.

Frankly, a gaming display this is not. Sure, you can use it for gaming and it's more than sufficient if you're simply using it as an additional screen or something for on the go, it's simply not capable of being a primary gaming display and I can't imagine it's even designed for that, considering the actual price of the Lepow portable display. 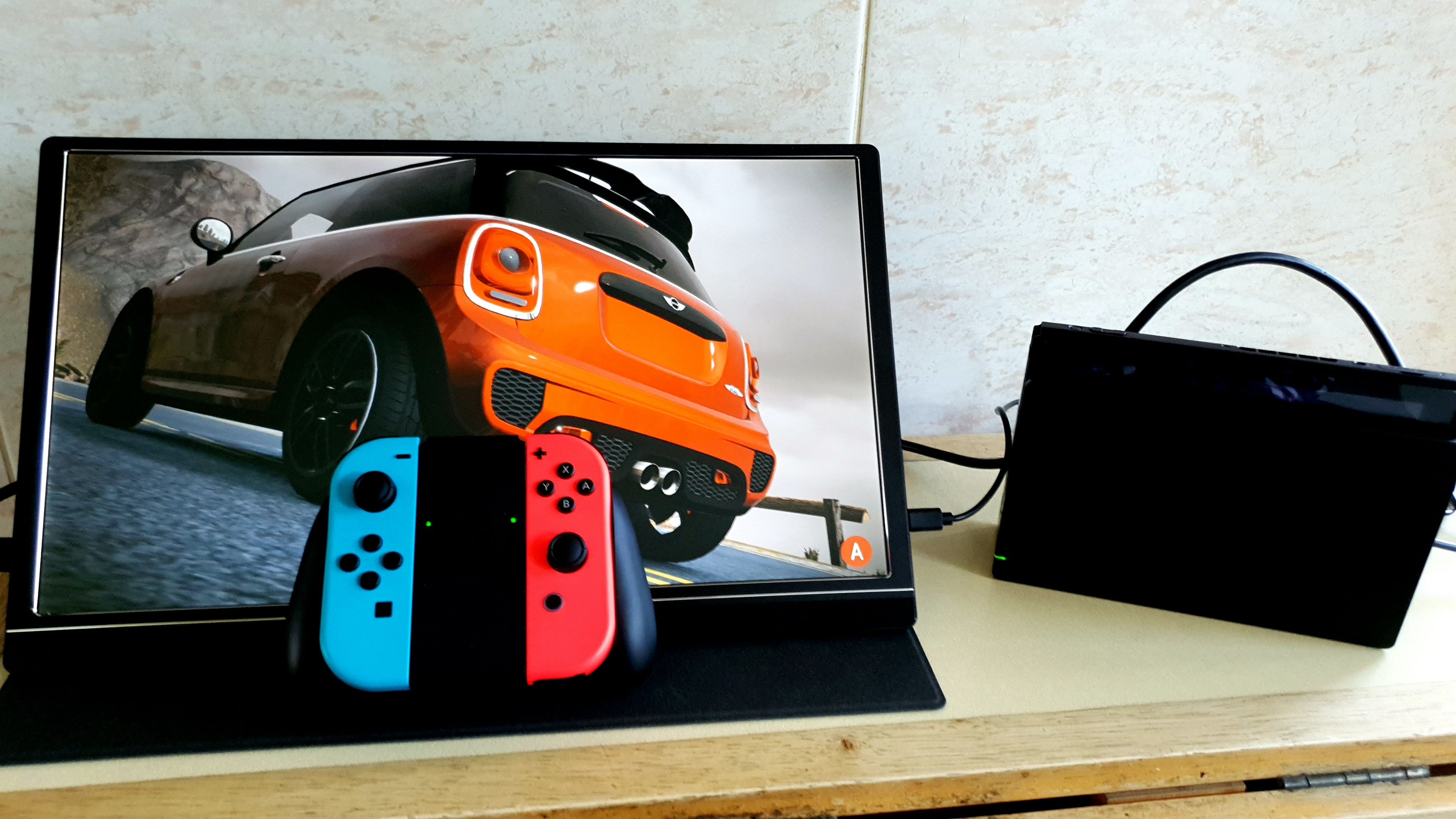 As for the audio, the two speakers have enough to put out some volume. If you're sat in a hotel room, just playing away at a game, you'll be more than fine. Other than that, the two 1w speakers aren't really going to do enough to suit you, which makes the addition of a headset jack invaluable.

The real question is how much do you honestly expect to get for $170.99? For the uses it has - I forgot to mention it can also be hooked up to the switch in handheld mode too - and its ability to link to practically everything bar your microwave oven, there's certainly some praise to be given to the Lepow portable display.

There is no doubt that the lower cost comes with some cutbacks. In particular is the display itself, which is sharp enough, but just doesn't show colours as well as other displays. Sure, I can watch Netflix on it, I can also play games on it, but the lack of quality is noticeable. The only other real drawback is the cheap plastic feel of the buttons, with the one that essentially controls the whole display feeling vulnerable.

So do I recommend the Lepow 15.6" Type-c Portable display? That all depends on what you want it for. For a cheap and decent monitor, something reasonably portable for its size, I can't think of much better. It could even be used as a second screen for your PC or laptop, should you require it. If you're thinking of replacing another screen, I wouldn't go for this, if only because the lack of display quality, particularly for things that require a bit of vividity, will be too noticeable.

The Lepow 15.6" Type-c Portable display is a cheap and inexpensive portable monitor that has all the requirements you need for an easy display to hook up to your phone or console, giving you more display for your on-the-go Netflix viewing, work or gaming. While there are downsides, such as the display being adequate-at-best for colour, contrast and brightness, for the cost, there's little to take issue with.