What would LEGO be without its many licenses? Would it be the billionaire genius that Tony Stark embodies without his Iron Man suit? Or would it be Steve Rogers before he took the super solider serum? It's fair to say that, however popular LEGO own branded stuff is fun, the licenses, from Star Wars to Marvel are doing incredible work for the toy company.

This is especially true in the field of video games. Once upon a time, LEGO released its own video games, and I remember playing one mining on in particular and being completely enthralled. No longer are these games available, and now you’ll have to settle with playing as your favorite superheroes. Wait a minute, that sounds pretty fun. 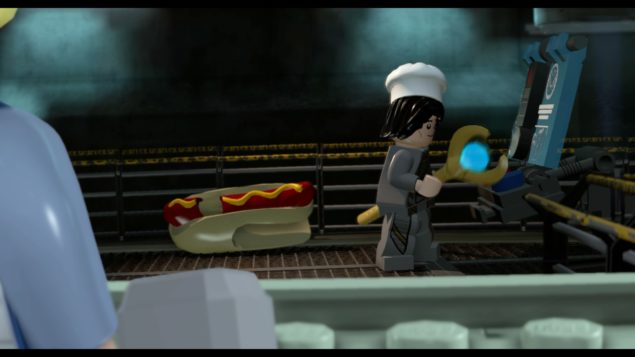 LEGO Avengers might sound like it was released a few years ago, but that was actually Marvel Superheroes. This one, LEGO Marvel's Avengers, follows it namesake films as well as some of the standalone hero stories too. Be warned, although this is a LEGO game I may or may not accidentally drop spoilers for the films below if you still haven’t gotten round to watching them. 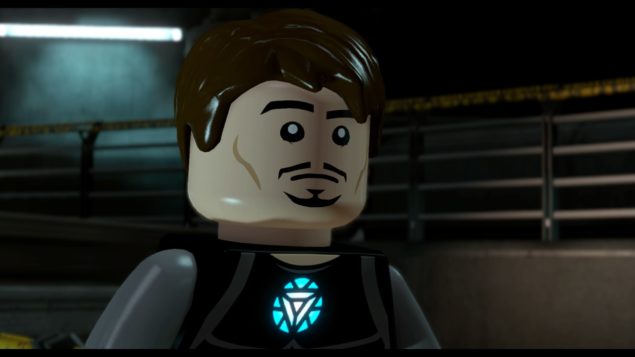 Rather than the older LEGO titles like Pirates of the Caribbean and Indiana Jones, where you jump from hub world to linear levels following the films, LEGO Marvel's Avengers is an interesting, albeit not original blend of open world and levels. Much like Lord of the Rings, you can explore the world in your own time or just plough through the levels.

What is nice, is that the story itself doesn't progress linearly. You’ll jump back and forth between the films in a way that makes a surprising amount of sense. Going from the Avengers to the Captain America film as he’s introduced, for instance. It’s a nice touch that means you won’t completely expect what to come next, although this can fall a little flat.

The first level of LEGO Marvel's Avengers introducing you to the team is actually the opening sequence of Age of Ultron, including the image that was used in all the marketing. It’s a pretty explosive set-piece with the heroes dashing in and out of the fray as you fight your way towards the Hydra castle. At least, that’s how it was in the film. The LEGO adaptation doesn’t have any of that wow factor. Maybe it’s the quiet music, or the way it starts without any real exposition, but despite the colorful explosions everything feels a little underwhelming. Luckily, this is just a minor misstep in the game that isn’t repeated frequently, but it’s just a shame that it was the first level that slips up.

Unlike the last game, LEGO Dimensions, you won’t be required to have the real life toys to use them in the game. This is a more traditional LEGO game that has the characters unlock organically through the levels. You can also unlock the surprisingly vast cast of characters in the open world sections to as you’ll meet them needing assistance. There are a lot of familiar faces to collect, including some that only the most diehard of Marvel fans will be aware of. It's fun to find the ones you know and collect them, while the other ones at least offer an amusing distraction. 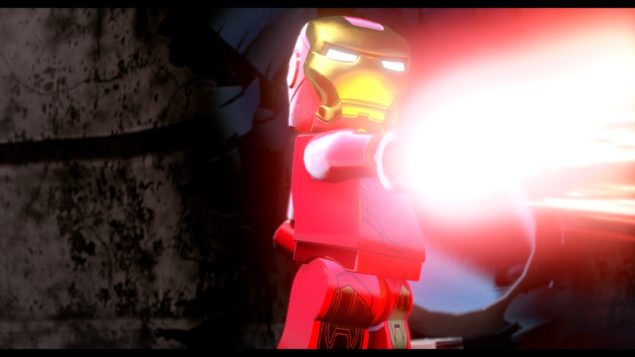 And like with every other LEGO game by Traveller's Tales, the mechanics are simple and enjoyable. This is a kids game first and foremost, so expect no complex puzzles that can’t be bested by destroying everything in a given room. That being said, some characters have multiple abilities the game may not tell you about. It’s worth making sure you know exactly what your character can and can’t do when it comes to wanton destruction before you get stuck. Naturally, when most of the gameplay involves breaking things, the solutions and the overall tone of the game is the same trademarked LEGO humor. Part slapstick, part pun and surprisingly physical for a virtual game.

It is the kind of comedy that is best shared. Playing LEGO Marvel's Avengers on your own, while still pleasant, can be a bit of a lonely experience. When Coulson fires the experimental weapon at Loki, you’ll want someone there to share in the situation. On top of that, while moving from level to level it's nice to have someone else control one of the pair, rather than having to swap between them over and over to progress.

Moreover, this game also introduced cinematic team combos that are a lot of fun to execute with a friend. Unfortunately, only local co-op is available, so you won't be able to play with anyone who can't come over to your house. It's a shame, honestly, because it would have been a great little feature to add. 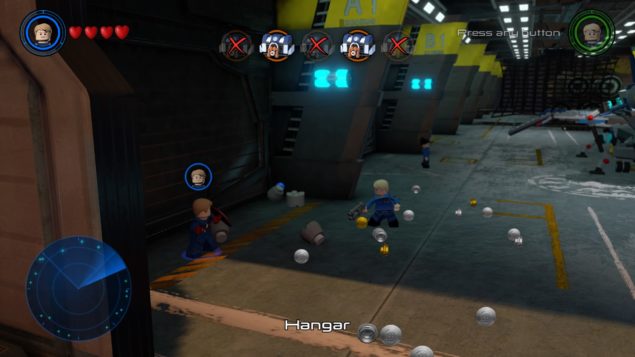 There is a lot to do in LEGO Marvel's Avengers, but you won’t find many new elements if you are familiar with this franchise. It’s an extremely huge game, with levels that guide players through an amusing story, as well as the open world to explore, destroy and captivate as you see fit. But it isn’t revolutionary, not even close.

LEGO Dimensions was at least a partial departure from you expected of the series, albeit a sensible one. LEGO Marvel's Avengers is a return to the norm.

It is completely understandable that you won’t fix what isn’t broken, but like Assassin’s Creed, at some point even a winning formula starts to fail. I don’t think it's happened this time, I’m still enjoying my time running around as Iron Man and Thor saving people and terrorizing them in equal measure, but that first level gave me room to pause. These LEGO games might need to reinvent themselves soon, as we’ve had the same heroes before, and the same gameplay for just about a decade. Children that were raised with LEGO Star Wars are adults now, and while I understand that it might be nice to return to a series that rarely changes, for those still playing, maybe Traveller's Tales will need to shake up the formula sooner rather than later.