The Klonoa series has always been unknown to me. It's been one of those games that I always was curious about but never got around to actually playing. Of course, that changed now that Bandai Namco provided a review code for the Phantasy Reverie Series, a remaster of the first two installments in the series which aims to bring Klonoa back to the spotlight.

In some ways, it succeeded. I've heard from #KlonoaSweep that Bandai Namco was expecting this game compilation to bomb. Do I believe that this is the case? While my upcoming commentary might say otherwise, I don't think so. The truth of the matter (in my opinion, at least) is that this is one of those cases where a series is downright held hostage.

What do I mean by this? It's simple. Pull a Chibi-Robo Zip-Lash and say that if people don't buy this, you won't get any new entries in the series. Then, watch as the game generates some revenue because people want to see the series grow. Whether or not it's a dirty tactic depends on the consumer. But at least Klonoa: Phantasy Reverie stayed true to form to its roots instead of alienating its fanbase and asking them to buy the game anyway.

See, that's what this series promises, at least. The Klonoa Phantasy Reverie Series aims to reignite interest in the Klonoa IP while also delivering an improved experience for the fans of the original. How does this game handle that? Well, let's cut to the chase and find out.

What matters the most is whether or not this is a good remaster. I'll spare the audience the sermon and say that Klonoa Phantasy Reverie Series has impressed me with the amount of love put into it. I watched a playthrough of the original Klonoa titles (Door to Phantomile and Lunatea's Veil) to see what they looked like and noticed that they did more than just port the games over.

Indeed, both games were essentially remade from the ground up and put into modern systems. That also means that certain aspects, such as the cutscenes, were remade in real-time. Door to Phantomile had CG cutscenes at some points during gameplay, but now, in the Phantasy Reverie Series, you will be able to experience these cutscenes again in real-time instead of having to watch them through CG.

I also firmly believe that the soundtrack of the games was also remastered. I know the game's soundtrack well as I enjoyed listening to it from time to time) and noticed that certain game tracks were clearer and had more instruments than before. Whether or not this is a fact remains to be seen, but I still have to commend the development team because I was expecting the games to just be ported over without much fanfare.

Unfortunately, some aspects of the games had to be nerfed to give way to the new 3D graphics. No longer will you see the beautiful mix of sprite work and 3D graphics as the game has now become full-on 2.5D, which might be a turn-off for some players who enjoy game sprites over 3D models. The game has a Pixel Filter, but it just makes everything look pixelated and ugly. I honestly wouldn't recommend turning it on.

That's nice, and all. But is the story of the Klonoa series any good? Is Klonoa a kiddy-platformer that doesn't offer much of a challenge? Let's tackle these bits one by one.

The Klonoa series is one of those deceptive games that make you think it's going in one direction and then ends up heading another. In this case, the game leads you on with its cute creatures and jolly soundtrack, only to hit you during the latter parts of the game with existential dread, grief, loss, and a whole other bunch of tragedies and such. No, I'm not kidding.

Klonoa is a tragic character if his development across both installments is anything to go by. Without spoiling much, his story emphasizes loss and dealing with it. In the first game, he's downright faced with an existential crisis during the endgame as he gets hit with a revelation that I'm convinced was ripped off by Final Fantasy X.

The tonal whiplash that the Klonoa series stands out for will hit you when you least expect it. It doesn't necessarily go full-in with its darker subjects, and it's mostly done to pull on your heartstrings. However, you'll often be taken out of the experience as the game goes back and forth between its jolly and cute music and the seriousness of the plot and its revelations later on.

Granted, this very thing is majorly fixed in the second entry, where the pacing and the tonal shift are handled much better as the game becomes slower. But the first game will definitely take you for a ride. Both games are written wonderfully, and the characters are engaging enough for me to at least shed a tear for them when the more tragic moments happen. But a warning regarding this tonal shift should be stated regardless.

In summation, take the Klonoa games less as jovial adventures and more fantastical games that will try to pull at your heartstrings later on. Both games will offer great and engaging characters to win you over (more so in the second game than the first one), so I believe most players will be satisfied with the twists and turns both journeys offer.

That's the story, but what about the gameplay? Well, it is a sidescrolling platformer with 2.5D mechanics. This means you'll be able to interact with objects in the foreground and background even if you are in a 2D plane. The game is also pretty simple to pick up. You move around with the D-pad and then use your primary attack to catch enemies.

Klonoa can do several things with the enemies once he catches them with the power of his ring. He can throw them forward to hit other enemies or use them as a pseudo-platform to perform a second jump. This is important as several of the game's challenges will be centered around Klonoa's abilities.

Much like the story, Klonoa's platforming will test the limits of your reflexes and precision. The game starts easy and gives you plenty of room for error. However, in the later levels (in both games), the platforming challenges become more precise and less forgiving. I'm talking perform three different enemy jumps while moving forward as you try to cross a bottomless pit hard, at the easiest difficulty.

Unfortunately, Klonoa is not agile enough to easily beat these challenges. For one, his run speed is very slow, and his horizontal travel distance is poor. He has access to a flutter jump that allows him to stay in the air for a few seconds but also stops his horizontal momentum. This almost always means that you'll end up falling into the bottomless pit while trying to gather your bearings in mid-air.

Additionally, the range of your Wind Blast (the small projectile you use to catch enemies) is extremely low. More often than not, you need to be at near point-blank range of the enemies to be able to catch them properly. This leaves you with a minimal margin for error for platforming. The challenges aren't impossible, but they will test your platforming skills, especially in the endgame.

Overall, the Klonoa Phantasy Reverie series is an excellent remaster of two fantastic games that manage to subvert your expectations. Both games are awesome platformers that have a lot of ambition in their level design attached to them. The only real detriment is that both games are very short in length, clocking in at around 3-4 hours each for the initial completion.

If you're more of a platforming novice, fear not. The Phantasy Reverie series also offers an Easy mode that cuts the damage you receive in half and gives you infinite lives to retry the more challenging sections of the game. Once you complete either of the games, you also gain access to a Hard mode which essentially is a "zero hit challenge" mode where any hit you take is lethal, and you only have one life to play with.

As stated before, the series offers a lot of beautiful memories and a very engaging plot. It makes me regret not playing these games when I had the chance back during the PlayStation era of games. However, I'm happy that this mistake has now been rectified.

Klonoa Phantasy Reverie Series managed to become one of Steam's Top Sellers and one of the most popular games to be sold in the UK. So, hopefully, this means that there will be further adventures for the boy, as I now wish for more games to further delve into more melancholic subjects.

I might even start playing the Gameboy Advance games just to see where the franchise goes. But, for now, I recommend this collection as a starting point. Who knows? Maybe you'll find as much of a pleasant experience playing this game as I did. 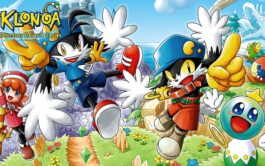 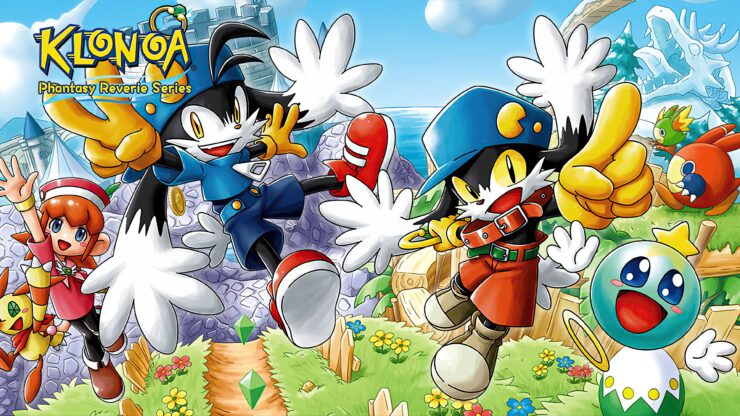