Kingston’s HyperX brand caters to the enthusiasts. It is synonymous with high quality components coupled with high performance characteristics.

HyperX can be considered an umbrella product group which encompasses several sub-brands. You have HyperX, HyperX blu and now HyperX genesis.

Today we’ll be looking at a 4GB kit made up of 2 sticks of HyperX Genesis with a capacity of 2GB each.

The modules come in a very Kingston like box. The outer cardboard shell holds the side-by-side plastic containers. Each container has one of the two, 2GB memory sticks. 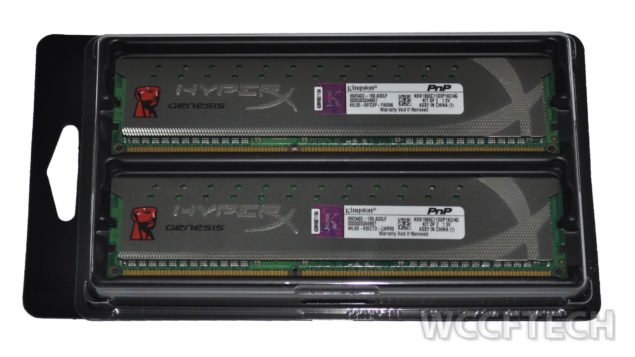 As the name suggests, it is the rebirth of Kingston’s memory branding. Both modules feature a new look silver HyperX styled heat sink with the memory spec label. The label has a holographic logo of the company which changes its appearance depending on how light falls on it. The HyperX logo itself appears different again dependent on how the light reflects off its surface. 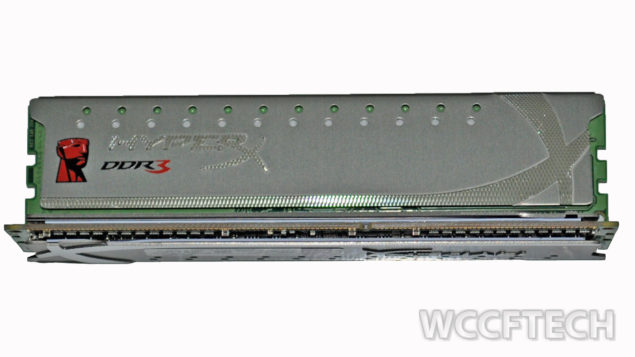 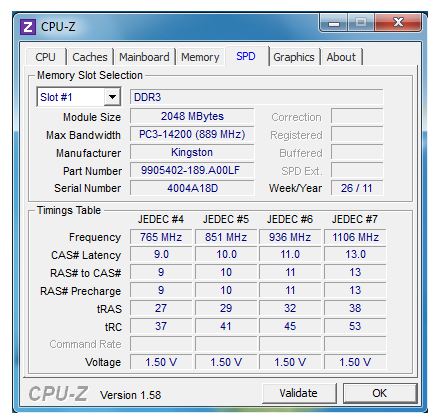 By now everyone should be familiar with how the new Intel processors are over-clocked. Gone are the days of FSB tweaking. Intel has made the job easy by providing a “K” line of processors (at a slight premium) with unlocked multipliers. As these processors have a memory controller that officially only supports speeds of up to 1333MHz, any additional bandwidth does not provide tangible benefits in 99% of everyday use applications.

The test system contains one synthetic and two real world tests (The winrar benchmark can be considered to be semi-synthetic).

It should come as no surprise that the Genesis modules come out at the top. It runs at the highest speed and thus offers the most bandwidth. 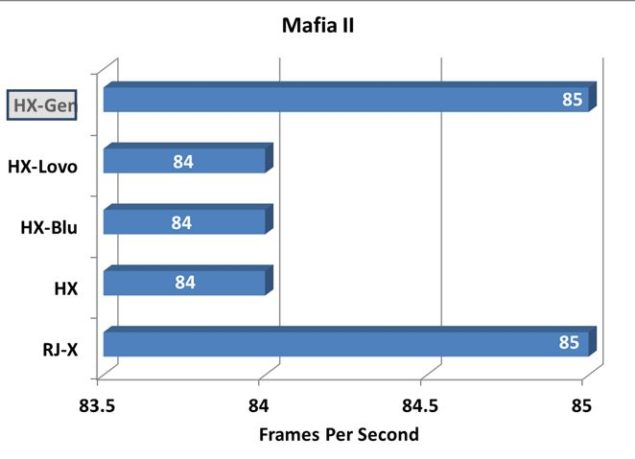 Things change dramatically when switching to a real world application. Despite the difference in speeds all memory products offer identical performance. This is in part due to the memory controller within the processor and in part due to the enormous bandwidth generated even by slower memory.

We were easily able to push the Genesis to 2133MHz without a bump in voltage. The Genesis was happy running at 2133MHz at 1.5V without breaking a sweat! 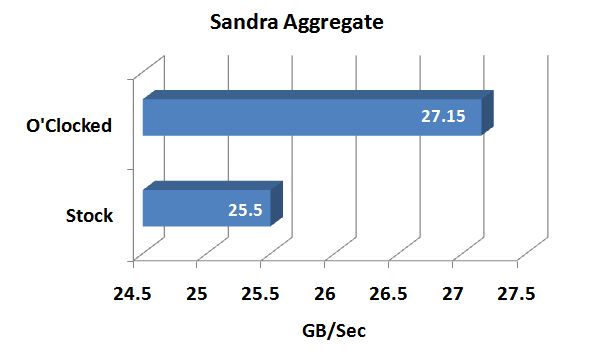 We see a decent improvement in bandwidth offered by increase in speed. However the real world testing showed absolutely no performance delta. Mafia II still churned out 85 Frame per second.

The redesigned heatsink and the logo are welcome aesthetic changes. The memory works as it is designed to and even works at 2133MHz without too much of a hassle. Though increased speed does not offer real world performance advantages all is not lost. Ivy-bridge series of processors will have a more robust memory controller supporting faster memory speeds. Though I do not expect miracles to happen to real world performance even with an Ivy-bridge system, things should fare better for faster memory. As things stand you can’t go wrong with Genesis.