With 25 years of service in the PC industry, Kingston has become the worlds leading and largest manufacturer's of memory products.

In this time frame, Kingston has launched various new products for consumers that offer the best reliability and performance at great cost. In 2002, Kingston introduced its HyperX brand which was aimed to deliver products with great performance to enthusiast users. To celebrate 10 years of their HyperX brand, Kingston had launched the limited edition HyperX 10th Anniversary Memory Kit which aims to expand the legacy of the HyperX brand.

“Since 2002, our HyperX products have been the memory of choice for gamers, computer enthusiasts, overclockers and system builders,” said Dara Mullarkey,

HyperX business manager, Kingston. “The newly launched HyperX 10th Anniversary Edition Memory encompasses ultimate style and performance. As part of the Genesis family line, this stunning low-profile memory enhances the overall PC experience. In addition, hosting the StarCraft II tournament allows us to thank and give back to our customers and fans.” Kingston

Kingston sent us the 16 GB Quad Channel optimized kit of the HyperX 10th Anniversary 2400 MHz memory with CL11 timings. Specifications and features are mentioned below: 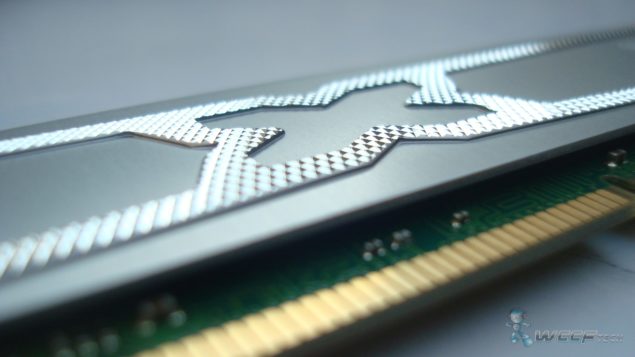 The Kingston HyperX 10th Anniversary memory is available in dual and quad channel kits ranging of 4/8/16/32 GB capacities. Frequencies range from 1600 MHz upto 2400 MHz with CL11 timings. The memory is equipped with a compact heatsink design which would lead for easy fitting on the motherboard without any CPU heatsink being much of an issue. The Kingston HyperX 10th Anniversary comes with two XMP profiles which can easily be enabled via BIOS, one sets the memory at 2133 MHz and the other at 2400 MHz.

The memory comes with a 8 layer PCB which is colored green however given the design, one can hardly note the PCB when its equipped on the motherboard. You would see that later in our review. The memory maintains the standard voltage of 1.65V and is Non-ECC Unbuffered type. Kingston HyperX 10th Anniversary memory are priced at $129.99 and are backed by a lifetime warranty.

Kingston HyperX 10th Anniversary 16 GB Memory kit is packed inside a plastic tray which is factory sealed. The tray is quite a nice package and holds the four memory modules in place perfectly fit. 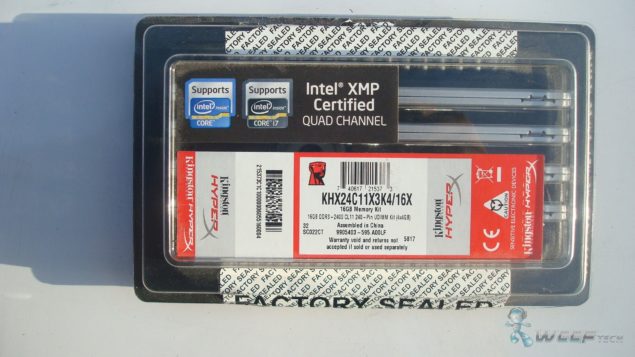 The sticker on top of the packaging shows the model number "KHX24C11X3K4/16X" and gives a slight intro on the specifications along side the bar code. The package also lists the memory kit as Intel XMP certified and supports both Intel Core and Intel Core i7 Extreme series processors. 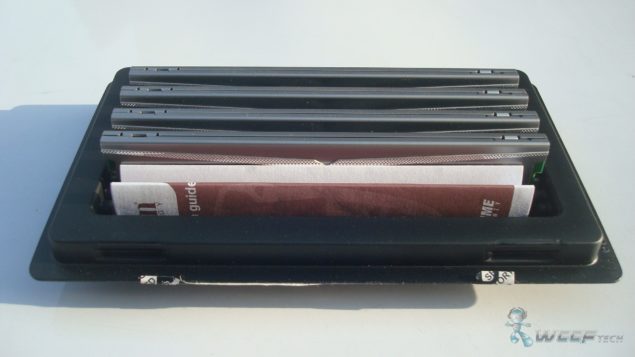 Inside the tray, we can see the four memory modules kept in place fit. The tray is built to accommodate four Hyper X memory modules. 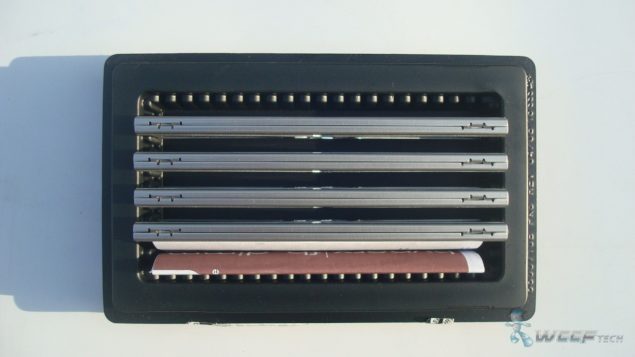 The package is supplied with a warranty and quick installation guide and that's the only stuff you get and what you need for setting up the memory modules. 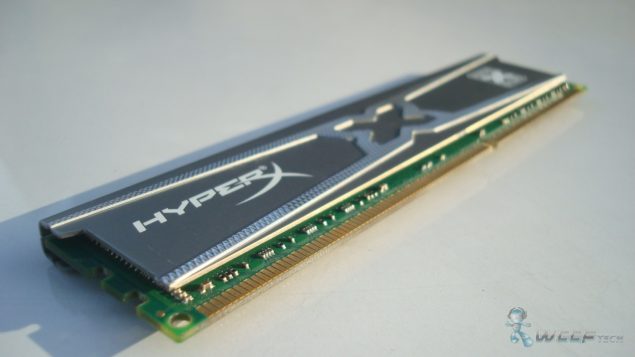 Finally, we take a quick look at the four HyperX 10th Anniversary modules before moving in for a closer look. 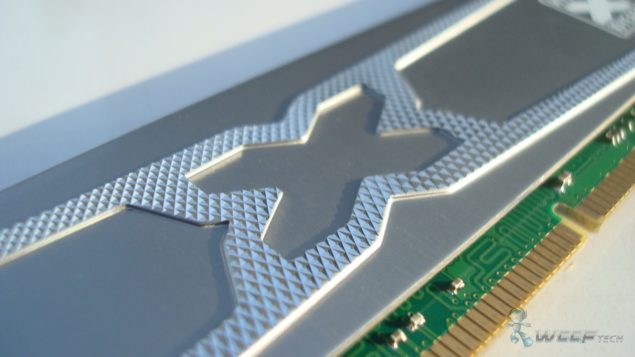 One side of the module has the HyperX logo while the other side has the Hyper X 10 years label indicating the memory kit as a limited edition only.

The backside of the memory also has the HyperX logo on one side while the other side has a sticker with technical aspects of the memory module mentioned on it. 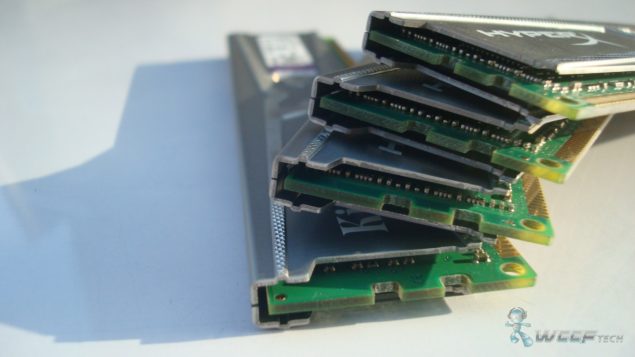 The Kingston HyperX 10th Anniversary modules come with an 8 layer PCB colored green however this is well hidden when equipped on the motherboard. 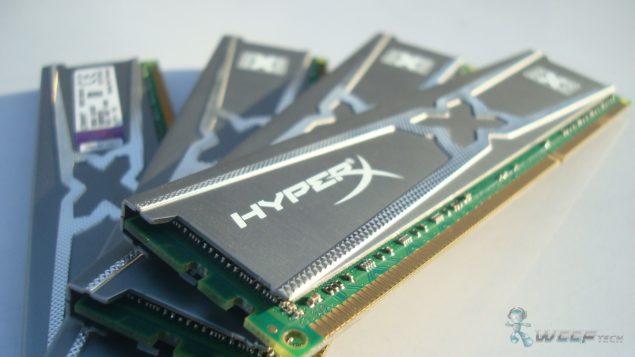 Standing at only 31.74mm tall, the Kingston HyperX 10th Anniversary offers more than enough room for users to equip high-end coolers on their motherboards. Installing the memory has no issues and is a fairly simple process unless its your first time assembling a PC. 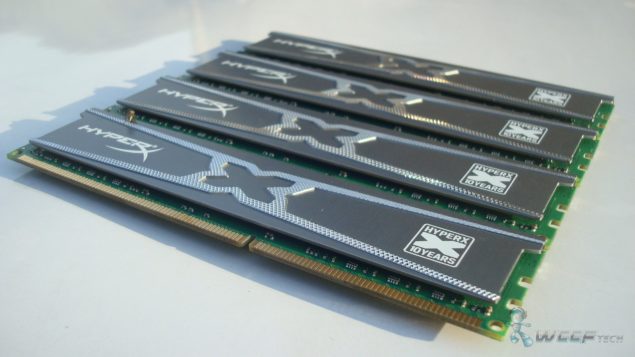 Overall, i quite loved the compact design scheme of the Kingston HyperX 10th Anniversary Modules. The design is quite simple yet elegant and gives a nice metallic feel to your PC.

For testing we opted for the X79 platform since the memory is more optimized for Quad Channel mode. So overall score would be quiet a bit lower compared to the Z77 platform which offers better numbers while running the same kit in Dual channel mode.

We will however be updating this review or come up with a new one in a short while to give you a demonstration of how well the memory kit performs in Dual channel model on Z77 platform since it also offers better memory overclocking compared to X79. 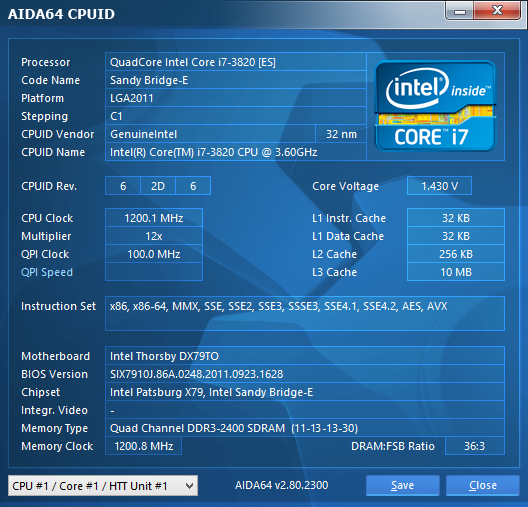 The Intel DX79TO didn't had a UEFI BIOS so we couldn't grab the screens off the memory configuration mode. But we had manually enabled the XMP 1.3 Profile #1 (DDR3-2400 MHz CL11) through it. The XMP 1.3 Profile #2 enables DDR3-2133 MHz mode. We will however give a detailed intro on overclocking configuration with our upcoming Z77 review of the same memory kit. Nevertheless, let's head over to the benchmarks. 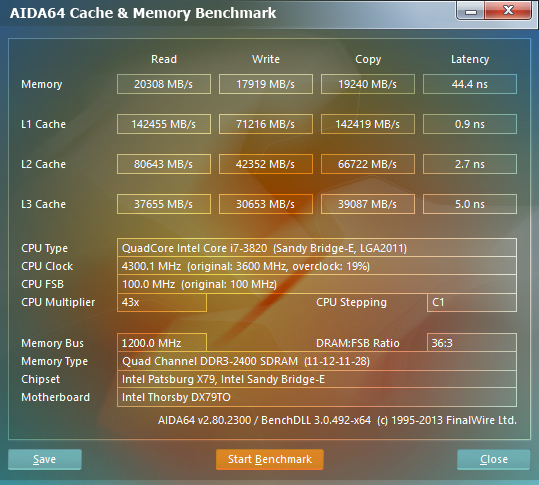 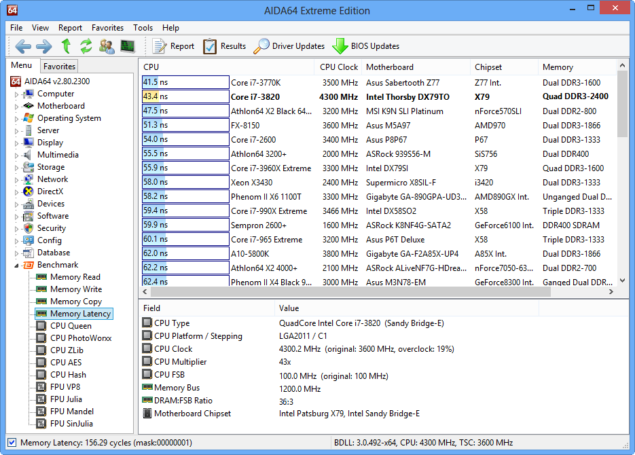 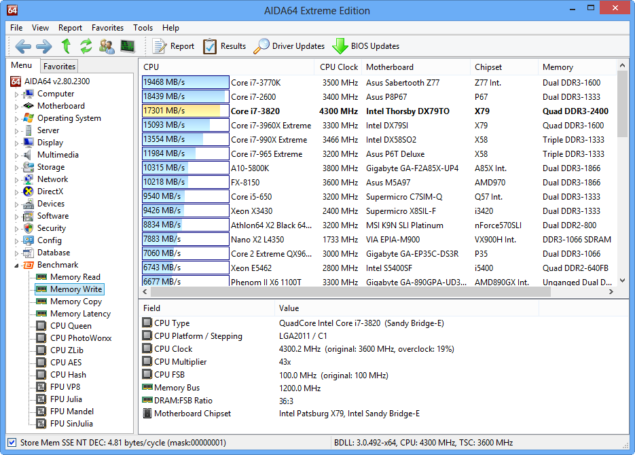 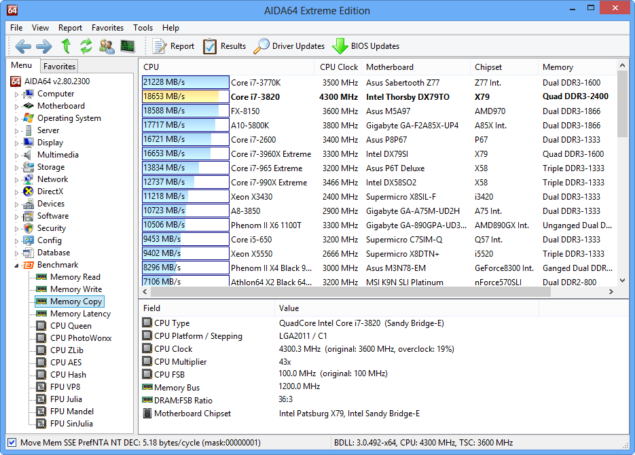 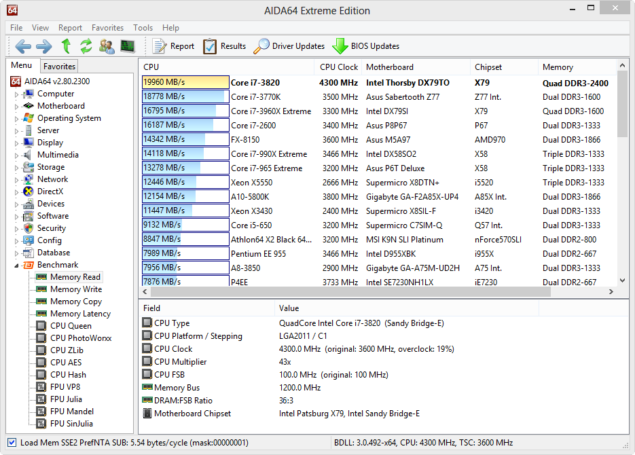 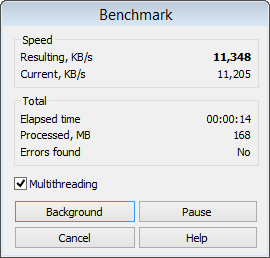 This is it for our benchmarking spree at the moment, we had a bit of problems while overclocking the memory so we had to skip that part. A few overclocking tests on my Z77 testing setup proved to be really good and much stable than the X79 platform so we would as said earlier, we would be doing the overclocked testing of the memory kit in a separate review which would be available shortly. As of now i can tell that the HyperX 10th Anniversary running at the XMP 2400 MHz profile was stable and the performance numbers are great considering the use of X79 platform.

First of all i would like to congratulate Kingston on their 10th anniversary of the HyperX brand. I've been using there HyperX branded SSDs and memory products for quiet some time and the truth is that i don't get the same level of stability and performance of Kingston's products in other brands.

Installing the memory and selecting the XMP modes from the BIOS is a simple process which hardly takes a matter of minutes and the memory itself is very stable with the DDR3-2400 MHz specifications.

The HyperX 10th Anniversary 16 GB memory kit by Kingston is a Quad channel optimized kit, it runs stable on the X79 platform its optimized for but overclocking was a bit of an issue for which i will be re-testing it on the Z77 platform in a couple of days. But for the price of $129.99 you get yourself a high capacity and solid memory which comes with a elegant and compact design.