Released a mere 358 days after the original release of Kingdom Hearts III on PlayStation 4, Re:Mind promised to give more closure on Sora's story and new content to excite longtime fans. The teases of being able to play as Riku and other keyblade wielders were reason enough to invite fans who wanted another reason to replay through Kingdom Hearts III. Now that we've had time to see his adventures wrap up once again, is Re:Mind worth playing through once again, or is this $30 expansion just a reminder of things we're already familiar with?

If you're just beginning Kingdom Hearts III for the first time after purchasing Re:Mind (or having a refresher playthrough), a new option is available at the start of Sora's adventure. After choosing your initial difficulty and growth path for Sora, you're given an additional option before the story truly begins. This three choice option will either grant players the option to play through the game without any enhancements, with the option for EZ, or Fast Pass, codes, and lastly with the option to choose PRO codes. You can't initially mix and match these, so you'll have to make a choice from the beginning whether to play with a series of cheat codes to make the adventure even easier or to opt-in for a more challenging experience with the PRO codes to disable specific parts of the combat, like a lack of Cure magic for your entire party.

A common complaint of Kingdom Hearts III's original combat system was with how floaty and weightless Sora's attacks felt. With the recent patches that came to Kingdom Hearts III (free for all, not just in Re:Mind), a number of changes were added to address this issue. Air combos now feel more intuitive to pull off and it's easier to roll to cancel out of specific animations, so you aren't left helpless and getting struck down by one of the postgame bosses just because you mistimed a parry.

Beyond the actual gameplay additions, Re:Mind also includes an expanded photo mode and orchestral concert video. Both are novel additions to the Re:Mind package if you're a huge fan of these sorts of things. Having gone to the Kingdom Hearts orchestra before, it was a kind reminder of seeing the concert before and not having to spend $50 on a Bluray version of the nineteen-piece concerto. This particular performance was the one held in Osaka back on November 30th, 2019 and features arrangements from each of the various Kingdom Hearts titles.

Re:Mind is separated into a number of smaller compartments that make up this expansion to last year’s release of Kingdom Hearts 3. This four-hour long scenario isn’t entirely a new package for anyone that’s recently finished the final fights amidst the Keyblade Graveyard of Scala ad Caelum. No, Re:Mind instead serves as a reminder of those events by expanding briefly on not just Sora’s view of the events but also the views of the other Organization members taking place in this climax. The region of Scala ad Caelum is expanded to be more than just a singular hallway in Re:Mind, but it is in all actuality, not much more than that. The level has been reworked to be two smaller zones that Sora can explore around to try and find Kairi's heart but beyond a little bit of exploring and a handful of regular enemy encounters, there's not much to see. Even if you've recently completed the main story to Kingdom Hearts 3, this Re:Mind chapter is a requirement to access any of the other postgame content available. Being able to select other keyblade wielders is a nice touch, but they're only used for single fights. Of the various Organization XIII members and other keyblade wielders, you're limited to just four other characters to play as: Kairi, Riku, Aqua, and Roxas.

The second major part of Kingdom Hearts III Re:Mind is in the Limit Cut Episode, a tour de force against the various members of Organization XIII. If this section seems familiar to longterm fans, it's because it's continuing the tradition of data battles that began in Kingdom Hearts II. This segment is relatively light on story, starting off with Riku trying to recreate a digital version of Sora (with the help of the usual Final Fantasy cast that was otherwise absent from Kingdom Hearts III). To recreate that data, Sora must face off against superpowered versions of the Organization XIII members in what's easily the second hardest challenge that's in III, even surpassing that of the Frozen Slider minigame. Each Limit Cut fight is its own puzzle, each encounter taking full advantage of Sora's entire moveset (if you're going into the fight at anything less than level 70, you're going to have a bad time).

While there are only thirteen fights to the Limit Cut Episode of Re:Mind, don't expect this challenge to take any less time than the main Re:Mind scenario. Each fight is going to take multiple times to learn the encounter and the moveset to each Organization XIII member. Some of the trickier fights like Master Xehanort took me nearly an hour of continued attempts and retries, yet the Xion fight was figured out and surpassed on the second try (and that's even with her gimmick of reducing Sora's maximum HP with each successful hit). All thirteen fights play differently from one another and focus on that particular character's unique strengths. Chances are if you hated a certain gimmick, such as Luxord's card games, you're going to hate them even more in Re:Mind.

If you thought the fight against Master Xehanort was enough to make you throw your controller in rage, the super-secret boss of Kingdom Hearts III Re:Mind makes him seem like a mere mid-boss. While I won't spoil their appearance here, just keep in mind that they're far more aggressive than Sephiroth or Lingering Will ever were and can even steal your keyblade from you, leaving you defenseless to boot.  Defeating this secret boss in Re:Mind will unlock the ability to use both EZ and PRO codes at the same time, so if you want a fully customized playthrough on the Proud or Critical Modes, you'll have to complete that challenge first.

Given that Square-Enix has elected not to call Re:Mind’s complete package as a Final Mix like the other numbered entries makes me wonder if we aren’t yet finished with the stories connecting Sora and Kairi just yet. Re:Mind's secret endings hint at something greater that goes far beyond the world of Kingdom Hearts and instead links it together with a real world take of Shibuya that's teased in the original game's epilogue, given the player has met certain requirements. The secret endings of Re:Mind are straightforward enough to unlock: complete Re:Mind, complete the Limit Cut episode, and lastly square off against the secret boss, being granted one of two endings depending on whether you can stick it through to the end and defeat them. I'm a sucker for unexpected reveals in modern day, as if my praise for Mercury Steam's first Castlevania: Lords of Shadow wasn't obvious enough. If there is a proper Final Mix or sequel to Kingdom Hearts III, I do hope they explore more of this alternate Shibuya. 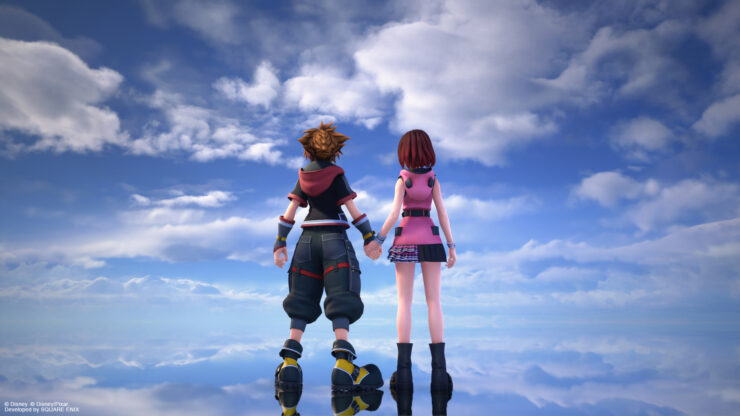 The Re:Mind scenario is only appealing to two types of fans: players that haven't played Kingdom Hearts III yet or those that already mastered the game and want to challenge themselves on the hardest bosses in the series.

Final Fantasy XVI Release Date to Be Announced Before the End of the Year; Development Is 95% Complete Stranger of Paradise: Final Fantasy Origin – Wanderer of the Rift Review – Battle on the Big Bridge