Kingdom Hearts is confusing. I remember buying the first Kingdom Hearts back in 2002 and I've played most of the series over the years. What I have noticed is that the story has become needlessly more complex and the titles of the games have grown ever longer. Kingdom Hearts 3 has been in a sort of limbo from as early as 2006, when concepts for the game first began. Now we're in the final stages and have the release of Kingdom Hearts HD 2.8 Final Chapter Prologue. 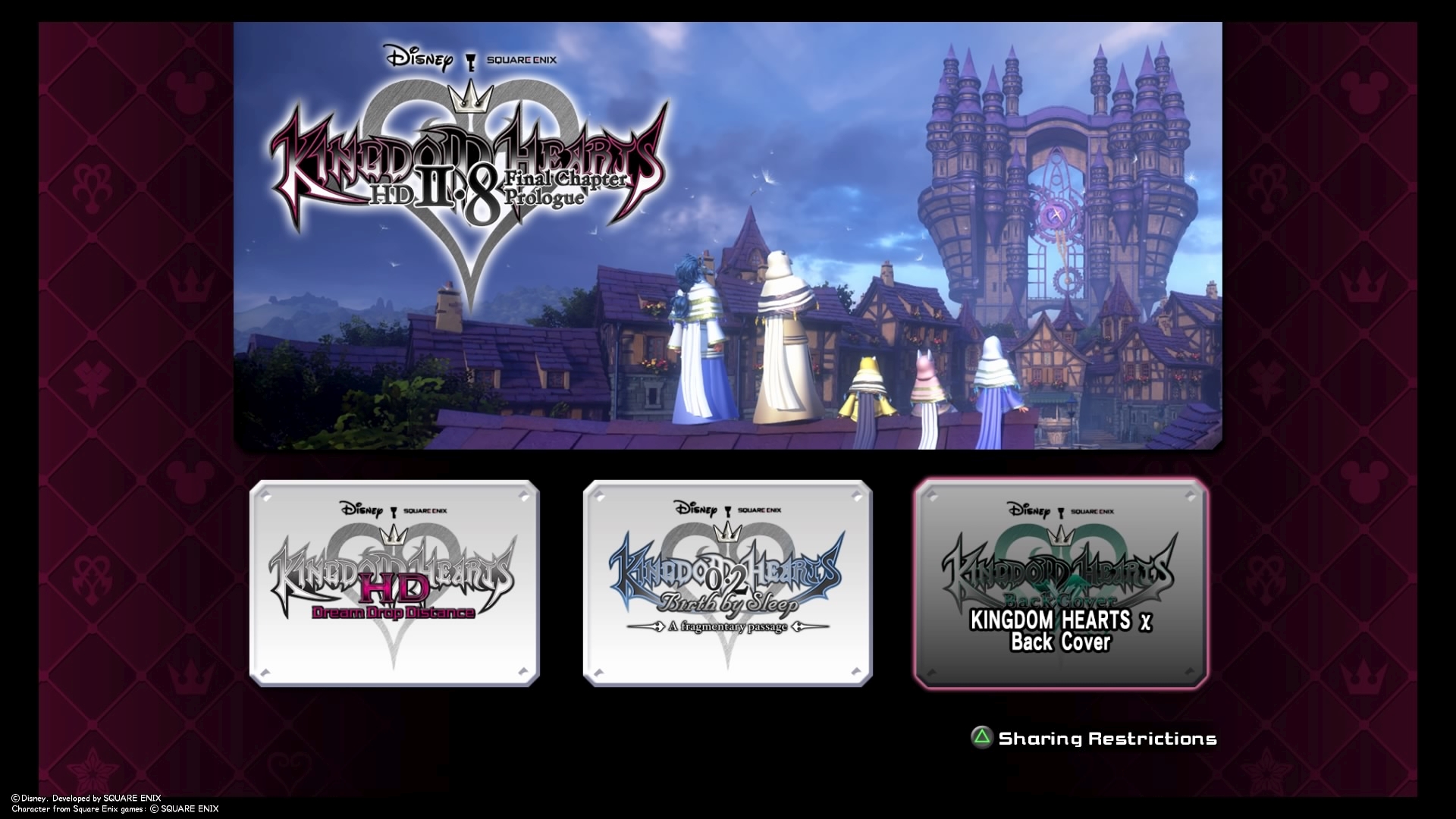 As much as this is a collection of three separate entries in the franchise, it's hard to say it's worth the asking price. Part of this is due to the latter two entries in the trilogy. Fragmentary Passage is little more than a teaser demo for Kingdom Hearts 3. Though there is one thing that can be said about it; it's perfect at the job it sets out to do.

Taking control of Aqua, you get your first true glance of the next main entry in the Kingdom Hearts series. Exploring the limited areas within this small entry actually feels like the best part of the collection to me. The action is considerably smoother, the fluidity is impressive and it's incredibly fun to play through. Particularly so against larger bosses or groups of enemies. The limited, contextual, nature of combat in the first game in the collection feels like it's been removed completely.

What really helps matters more is the use of modern technology, the update into the modern era. Aesthetically the game is absolutely stunning. The cartoon style has been retained, but everything is so crisp, the colors are vivid and it's all just so good to look at. You get to keep coming back with a New Game+, collecting extra outfits, seeing extra content and just experiencing how the future of the franchise is going to look and feel. What is certain is that if it's truly going to be like this, Square Enix will have a success on their hands. 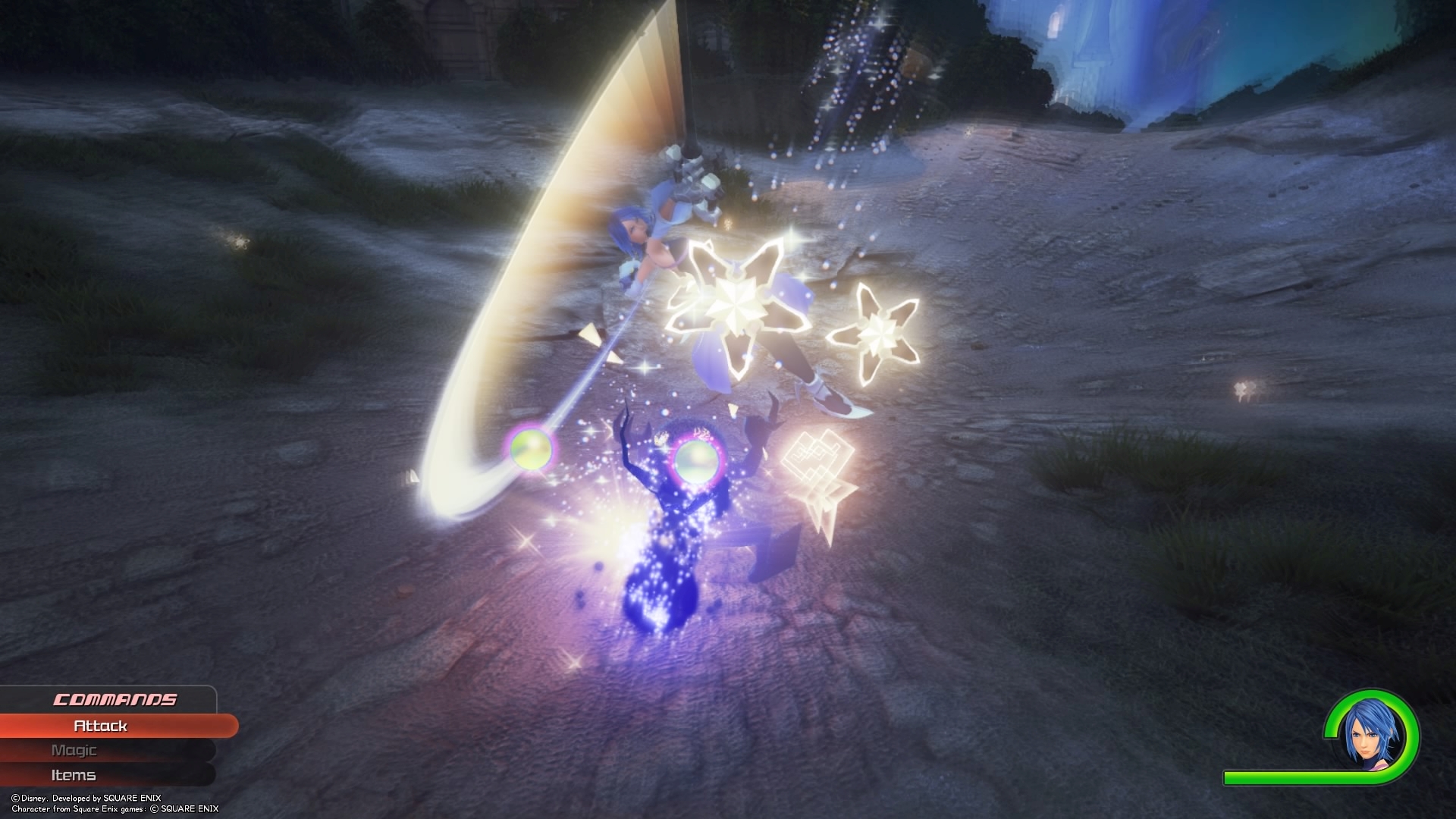 On the other hand comes the standalone film. The link to the main series, or at least the value of it on a collection here, is tenuous at best. Would that it were a standalone film in the same vein of Kingsglaive was for Final Fantasy XV, then there's a chance that the value would have been significantly higher. However, the story here takes place more in line with a Silmarillion link to Tolkein's Lord of the Rings. It's ancient history and while certain aspects of the Kingdom Hearts lore, it seems more like Square scraping what little there was left to fill in a bit of extra space.

The bulk of this collection is the aforementioned HD remaster of Dream Drop Distance. It's understandable that this game won't be as fluid or visually appealing as a brand new game. Considering this was originally a 3DS game, it's actually impressive how much Square have done to make it suitable for a PS4. The dual-screen aspect of a 3DS has been removed perfectly, the game actually feels like it was designed for a controller. Even aesthetically it looks better than you would imagine, though not perfect which can't really be complained about.

Disappointingly, it's just that the game isn't that fun. It did introduce the capturing and training of dream eaters, which act more like your own personal Pokémon or Digimon. Adding onto this are minigames, which have been ported over to a controller as well as can be expected, or replaced with a card-based alternative. Annoyingly, what was brought over is the drop-system, which after a certain amount of time/progress, a character is dropped out in favor of another. It's functional in lengthening the game itself and it does cut out some boring aspects of retracing the same areas, but sometimes you just want to play as one character for a while.

What it mostly damages is the flow of the story. The game never had the greatest story. For that matter, Kingdom Hearts' greatest achievement has never been the story. The nature of Dream Drop Distance is that the story is all over the place, confusing at best and downright random and annoying at worst. Due to the age of the game the flowmotion combat feels a little too rigid, particularly so compared to the fragmentary passage part. Complaining about that, especially knowing this is a remaster, does seem a little petty, but the age and origin of the game shows through just a little too much. Particularly when you consider the premium price of this release. 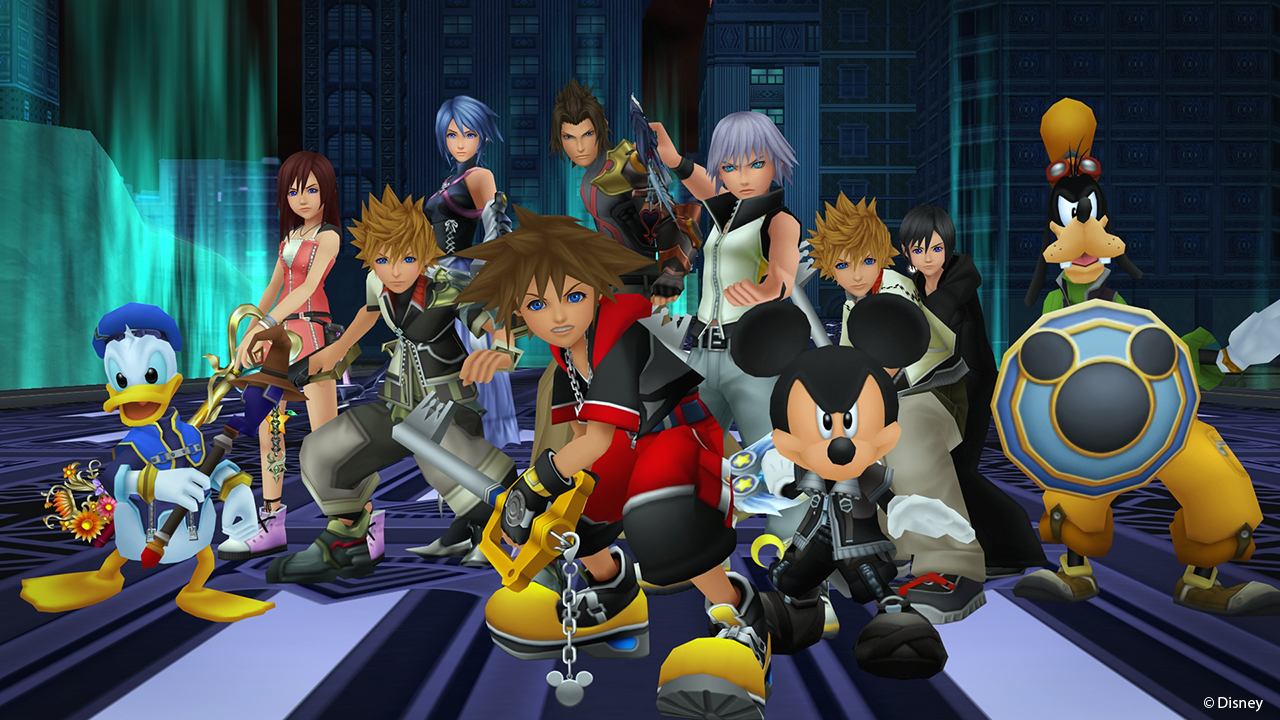 While I can't say I'm a huge fan of the collection as a whole, there's little doubt that it's whetted my taste buds for Kingdom Hearts 3. Ostensibly, it's done its job right if that's the main aim. The problem is just how mixed the bag is, and how tenuous and forced the link is. The previous collections have all been either balanced or stacked with content. In comparison, this feels considerably weaker.

Fragmentary Passage is certainly worth playing and it's by far the biggest draw in this collection for me. It's possible that the HD remaster of Dream Drop Distance would be more than worth it for you, but I wasn't sold on the value of the game when it was originally released on the 3DS five years ago. It's certainly seen some improvements through the remaster, but worth it or not will be down to the user more than ever before.

Kingdom Hearts HD 2.8 Final Chapter Prologue is an adequate collection of what's left over from the series, with what also acts as an exquisite demo for the upcoming Kindom Hearts 3. This isn't to say that hard work hasn't gone into the remaster, but for a premium price point the game just isn't worth what it's asking, and the core component shows its age and origins a little more than could be hoped for.