Admittedly, the rise in mobile gaming is staggering, and developers need to find new ways of adequately controlling a lot of screen-inducive games, such as the first-person shooter genre. In fact, with Google, NVIDIA, Amazon, and more jumping into cloud gaming, the rise in mobile games has increased rapidly just over the last few years. The KeyMander 2 Mobile allows for specific game controllers and compatible keyboard and mouse control to assist in many mobile experiences. But, how accessible is the device to everyone, including gamers looking for ease of use in mobile gaming?

IOGEAR's KeyMander 2 Mobile enables the use of either PS4 or Xbox game controllers and compatible keyboard and mouse control to play mobile games, with a little bit of a headache along with it

The KeyMander 2 Mobile allows you to hold your mobile device, whether a smartphone or tablet, and attach a keyboard, mouse, and either an Xbox controller or PlayStation controller with one caveat—it has to be a specific Sony or Microsoft controller for it to work correctly. Even the keyboard was less than accessible altogether through repeated use. 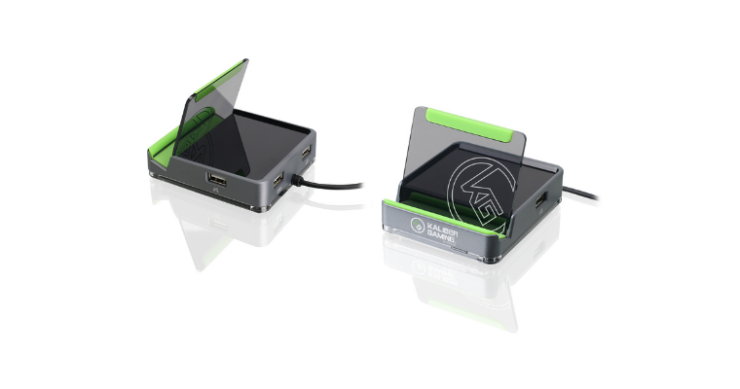 The testing completed on the KeyMander 2 Mobile, along with the K2 Mobile app, was used with the following devices:

What I did not have access to was the two specific controllers that are compatible with the device: 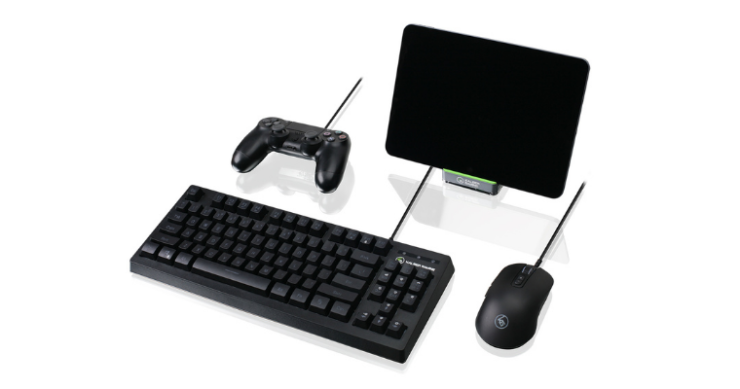 Those specific controllers are because KeyMander 2 Mobile is not compatible with anything newer than those particular models. It is unsure if the company is planning to allow for more accessibility. Still, after searching numerous reviews and forum posts, I have concluded that this product does not have a large enough following for the company to invest more into the device, which can be problematic for its future in mobile gaming.

However, that is not to say that I could not get the KeyMander 2 Mobile working—to a point. The included instructions tell you to connect your phone via the onscreen prompts. I first attempted to do so with the iOS 12 Mini, which is connected fairly quickly. but I could not get any games to run. The limitations on the device appear to be that you have to have access to the game controller for it to function entirely, as well as the phone itself does not connect to the device via a wired connection. The Keymander 2 Mobile device was prone to repeated drops of contact via the Bluetooth option that it allows.

Another problem I ran into was that, for Apple-compatible iPhones, the IOGEAR KeyMander 2 Mobile device offers the option to use a mode called "Office Mode." This mode allows you to use your Apple tablet or phone as a replacement for a standard display, giving the user the ability to check mail, access applications, maybe write a document, and so on. I found that when utilizing this mode, and using both the Apple brand keyboard or the Dell generic keyboard, one button was unresponsive on both keyboards (Apple could not access the "B" button, Dell could not access the "Z" button). The process was highly frustrating, so I thought maybe it was a phone compatibility issue at first and grabbed my Samsung Galaxy S10+ but experienced even more limitations. Android does not offer an "Office Mode," Without a controller accessible, I could not play any available games.

Connecting to both phones also became troublesome, as I spent over ten minutes trying to set up my iPhone after initial use and then twice as long with my Samsung. Making the application forget both smartphones and reconnecting each was a headache and contradicted the initial instruction. The included instructions stated to press a specific keystroke to enter into pairing mode but differed when looking at what the screen told you to activate and what the product's website means to connect. The varying instructions are unclear for consumers who want something simple to attach to their devices.

The lack of a compatible controller raised more issues. I could not play any of the games I had downloaded for the test (Fortnite, Call Of Duty Mobile, and my Amazon Luna software titles, including Watch Dogs Legion).

If the company would spend additional time to update the product info, including updated instructions, and the ability to use different controllers outside the ones to choose from, I would probably feel better about this review. There are too many inconsistencies and limitations that I do not see a future where Consumers will use the IOGEAR KeyMander 2 Mobile on a larger scale. The website barely touches on newer information outside of updated drivers, which did not improve the experience.

The product needs the capability to utilize Bluetooth controllers that mimic the same style as Microsoft's and Sony's offerings, allowing users not to have to spend almost twice the amount to get this product going. The device has ranged between $79 to $99, but again, unless you have the specific controllers, which, if you don't, just added to your purchase cost, this becomes unusable. Also, even with the included "Office Mode," due to not having specific keys recognized by the device, it is hard for me to give this a positive rating even after updating. By the time I finished utilizing the product, I had unplugged everything and sent a text to a friend, played Watch Dogs Legion on my iPhone 12 Mini, and typed a document on my computer.

However, I do see the potential for users who can use this device to map certain buttons and utilize a keyboard and mouse and a controller for their favorite FPS games on mobile. Outside of the potential uses from hardcore players, I believe the casual user will not use this product.

With limited capability unless you have the specific hardware requirements available, casual users will skip this product. Users who can fulfill all these options can find some use, but as far as future capability, it may still be a pass.