As the nights get longer and the outside gets more inhospitable, all that is left to do is dance. So invite some friends round, grab some alcohol and prepare to make a tremendous fool of yourself. Just Dance is back.

Just Dance 2019 has already boogied on console and PC, with a new look, some new songs and many more ways to embarrass yourself. But before we get to the songs, it's worth noting that the game itself has gone through a huge make-over, completely redesigning the menus you’ll be flicking through between each dance.

The menus are now much sleeker than before, with a simple minimalist white layout that feels fresh and effective. The catalogue of songs can be organised however you might like and there’s handy search tool if you’re looking for a particular song. This new interface has been accompanied by a new sleek onboarding system as well to better ease players into the game. 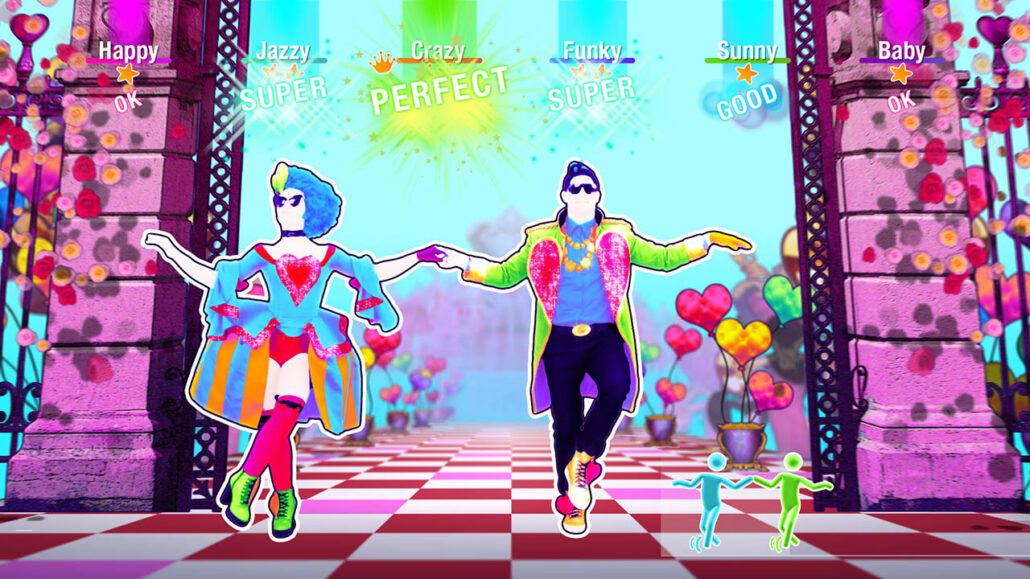 While Just Dance 2019 has an array of additional features, from dancer cards to playlists and the return of the World Stage, none are available when you first load up the game. The first time you load up the game, you’re given a collection on new songs to select, and nothing else. It only takes one or two songs to unlock absolutely everything else, but it means you don’t have anything else to worry about. This highlights the focus Just Dance has on the core concept, something that felt a little muddied in other titles. It’s a little annoying that the collection of Unlimited songs are locked off to begin with as well, but it forces you to look through the new songs before finding your old favourite.

And yes, Unlimited is back, giving you access to a huge catalogue of songs from previous Just Dance games. And when you play a couple of songs in Just Dance 2019, you’ll get a 30-day free trial before you’ll have to start paying a small monthly fee to continue. For me, Just Dance is a game to play with friends and some booze. While each release gives me the excuse to bring everyone around for some frantic flailing, throwing down a couple of quid to pick it up again in the middle of summer isn’t much of an issue. For the distracted youth, thirty days might be more than enough to tire them out for a year, but again, it's not unreasonably priced for a one-off party sometime in the future.

For others, Just Dance can also be an impressively versatile tool for exercise. If you don’t live near enough to a Zumba class or have too much self-esteem to commit to one in public, this excuse to prance around your living room is a fun way to burn some calories. In fact, Just Dance 2019 is once again equipped with Sweat mode that helps monitor your workout. Just Dance also has some sweat editions of its lively catalogue, which look and feel like a traditional workout exercise class. Keeping access to all of these will cost less than a monthly gym membership, but is much harder to put off when it's just staring at you sitting in your living room.

Some songs or versions of songs are locked, and can only be unlocked by playing the one-armed bandit of loot. But although it first looks suspiciously like another take on the loot box gambling, there doesn’t appear to be any way of using real-life currency to pull the level. The bandit is paid through an in-game currency that is earned through completing daily challenges and playing songs. It seems like a rather intense way to encourage you to keep playing, but not one that will unfairly hurt your wallet, at the very least. With over two hundred unlockables to be won, from artwork to avatars, it can be frustrating not getting the song you want, but it does pump out a new item each time so at least won’t be fighting with duplicates. 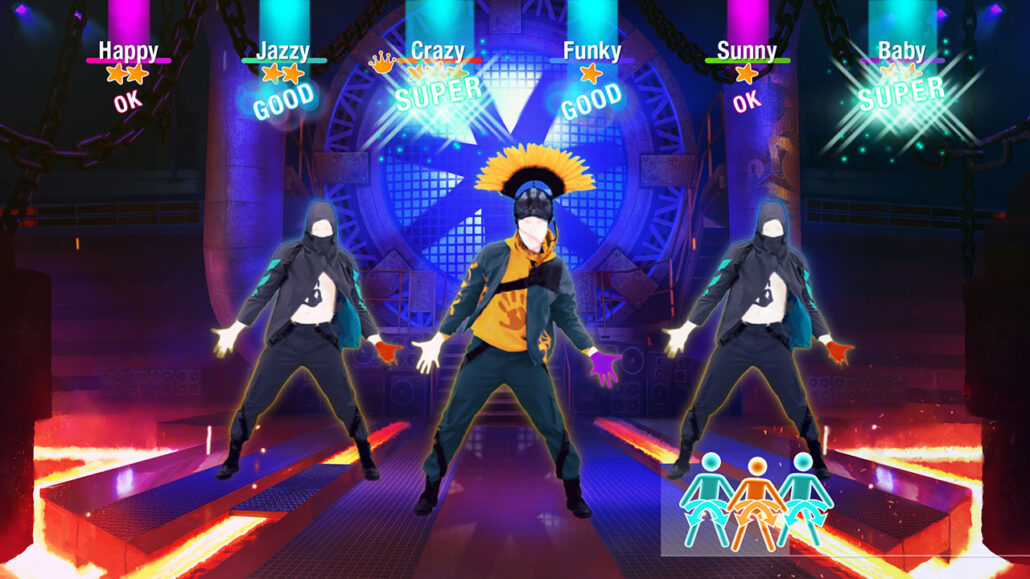 Finally moving to the songs themselves, they are a great collection of the familiar and obscure, complete with various dancing styles. Even with a passing knowledge of pop culture, you’ll be sure to find a few titles you can hum along to. The dances themselves are all delightfully weird and are definitely designed to be more fun than practical.

On top of that, the familiar silhouettes you’ll be shadowing are crisp and clean, with a huge variety of backgrounds and patterns that would make them almost interesting to watch even without someone trying to mimic them. It's nothing new for the series and that just goes to strengthen its already powerful grip on the dancing game genre, but it is nice to see that the developers aren’t getting lazy.

The most fun you can have with Just Dance 2019 is to play with friends, whether you’re a kid looking to burn off some energy now that the outside is a freezing wasteland, or an adult looking to do something stupid, Just Dance 2019 has you covered.

Just Dance 2019 continues to impress with its catalogue, interface and incredibly entertaining dance moves. Just don't try any of them in the club before you've practiced a lot in your own living room.