There was once a time when demands of what the user wanted from their software drove manufacturers to develop faster (and more expensive) hardware. When A-10 Tank Killer was released by Dynamix many, many years ago, it drove millions of XT based systems into obscurity. Like many of that time, I also had a 10MHz 8088 based ‘Turbo XT’ system. And like many others I spent thousands of dollars to get me an AT system so that I could enjoy the game.

Several years later, the paradigm has shifted radically. Though the requirements of the users and thus the software continue to grow, the processing capabilities of hardware have grown at a greater pace. Today a computer system purchased a couple of years ago (say 2008) will still be able to satisfactorily run all of today’s software. The need to upgrade every-time a new version of your favorite operating system, software suite or even entertainment software is not there anymore.

That however dose not deter hardware companies to release equipment that does things even faster than before, though the need for speed is not what it once was (just like the game that was once good and now is just okay).

What do all of these transistors bring to the table for the average Joe? Read on to find out.

Intel has so far released 3 processors based on slightly handicapped Sandybridge-EP Xenon server architecture CPUs. The top of the line 1000 dollar 3960X, followed by the 3930K (US$ 550) and finally the ‘locked’ quad core 3820 processor.

The “X” stands for extreme edition processor. This is the great-great grand-child of the forgotten Pentium 4 Extreme edition CPU. The “K” series have unlocked multipliers. The vanilla processor (3820) lacks multiplier based over-clocking, but Intel was kind enough to bring back a form of base clock based overclocking, something it locked when designing the chipset for the Sandybridge processors. 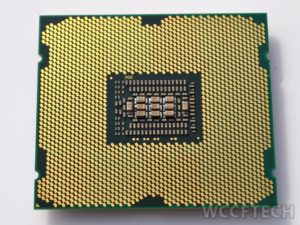 Today we’ll be looking into the performance of the 3960X processor.

Inside the Intel 3 Series Processors 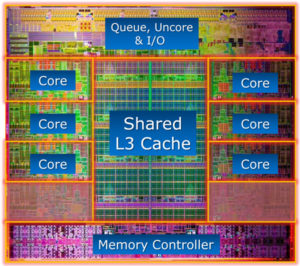 The die shot above shows that the majority of the transistor bulk goes in to the huge L3 cache of the 3960X processor.

Here’s a list of what Intel has done with the ~2 billion transistors that help build this CPU (as compared to the Intel 2700K, the last year’s top performing, still in production Intel processor)

Apart from the lack of an integrated GPU, the new processor has more of everything.

Unlike all other Intel processors of recent times, the 3 series is NOT bundled with a cooler. Intel however does produce two variants, one ‘bog’ standard air and the other slightly exotic liquid cooling solution (LCS).

The LCS (RTS2011LC) is Intel’s recommendation for processor over-clocking. The OEM for this is Asetek and costs around 100 dollars. This will no doubt add to Intel’s bottom line, but it also allows free choice to the end user.

This however does imply that you simply cannot use this processor out of the box. You must buy a cooler to get this to work. 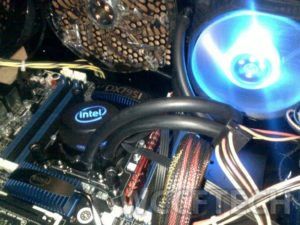 The new socket comes with an entirely new look. Rather than just one locking mechanism this one comes with two as more pressure is required to keep the heat-sink fan assembly to latch onto the processor. Intel will no doubt make tons of money selling not only a new processor but a new motherboard as well to all the prospective buyers.

The Intel x79 is a little less exciting; it’s a wolf in sheep’s clothing, the sheep being the z68. Rather I’d call the x79 the sheep and the z68 the wolf. The reason being that the x79 actually lacks the speed boosting Intel Smart Response Technology which helps improve hard drive throughputs, as well as graphics output. The latter is not required as the SB-E lineup does not an integrated GPU to start with. We’ll look at the x79 in more detail when during our motherboard round up for the new processor series.

As we have only one 3 series processor, we’ll compare its performance to the next best thing, the Intel 2600K processor. Sadly we don’t have a 2700K processor to play with, but with minimal differences between the two, the results should be pretty comparable. 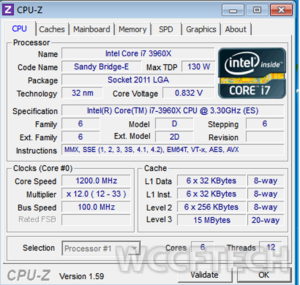 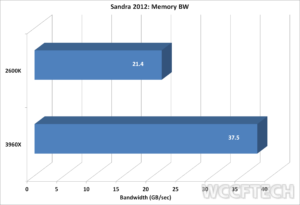 The quad channel controller gives a massive advantage to the 3960x, however bear in mind that this is a synthetic test and the results should be taken with a grain of salt.

AIDA64 like Sandra can be used to test the isolated CPU performance in a system. Again the results are synthetic and not real world so the same caution as above applies. 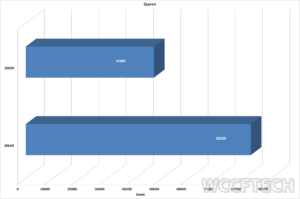 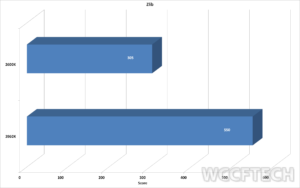 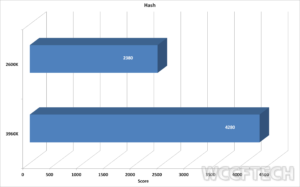 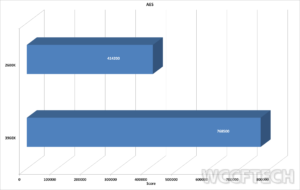 Cinebench from Maxon can help gauge GPU as well as CPU performance. To put the two extra core of the SB-E to work we’ll reproduce the multi-threaded results

7-Zip is a freeware archiver that comes with a built benchmark tool. 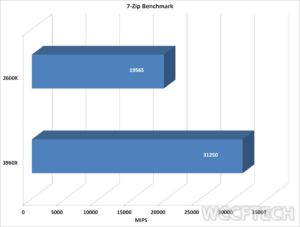 The architectural differences between processing cores is minimal (if any) at best. Extra memory bandwidth, more cores again help the 3960x take the lead.

The all-important gaming performance! The problem here is that there are not many games that support 6 physical cores. Heck there are not many that scale well with 4 cores. Testing games at lower resolutions so that the GPU does not limit performance is another caveat. No one plays games at 1024*768, well no one who can afford a 1000 dollar processor.

One game however that can help delineate CPU performance is Civilization V.  The late game-view benchmark generates three scores (frames per seconds); two are GPU bound (full render, no shadow render) while one is not (no render). We’ll use the last as a measure of 3960x prowess! 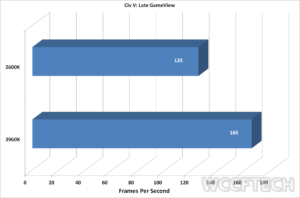 There is a discernable performance difference here.

We could have reproduced graphs after graphs of your favorite video game for your viewing pleasure. But that would have been futile. In gaming, the two processors, show no real difference. Even in Civilization 5 the numbers you see above are not what you would see in the game as the output has to be rendered which closes the gap significantly to being non-existent.

For SBE processor (the “X” or “K” variants), it is possible to over-clock the processor by manipulating the processor multipliers or using a modified form of base-clock over-clocking or both.

The first technique has been standard since the launch of Sandybridge processors. The latter is a ‘new’ form of over-clocking from the hay days of Intel processor of yester-years. The new technique allows fixed increments in the base clock. These fixed frequencies are 125, 166 and 250 MHz. These are in addition to the default clock of 100 MHz. It is possible to micro-manage base-clock from these fixed frequencies but there is little room to play with.

Our test bed came with an Intel motherboard, the top of the line Intel DX79SI as well as Intel LCS. We also tested our processor on an Asus P9X79 Pro motherboard. 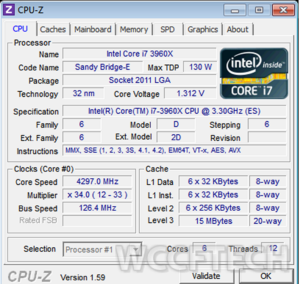 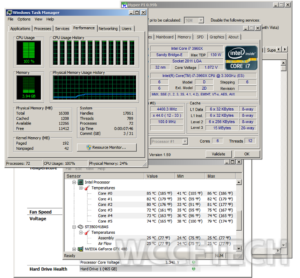 CPU-Z would not read the voltage of the over-clocked processor correctly. Intel desktop utilities on the other hand do (bottom of the screen shot).

Given the large die areas, billions of transistors and most importantly a TDP of 130Watts make this processor power hungry. It is definitely easier to achieve better over-clocking results with SB processors as compared to SBE processors.

This is the fastest Intel processor that an average consumer could buy off a shelf today. However this power has specific uses and not one that an average user might need. If you need a blazingly fast processor for video processing or are in need for tons of memory this processor might just be for you.

But with Ivy Bridge processor coming in a few months-time, bringing with it lower power dissipation and better clock for clock performance (as compared to Sandybridge processor) coupled with their (much) lower price point and the fact that they are plug in replacements on LGA 1155 platforms makes this a niche product, a blisteringly fast niche product. PCI-e 3.0 integration is another interesting aspect. The bandwidth offered by PCI-e 3.0 is really not required for gaming, but might find itself useful in other areas. The power consumption for a SB-E setup is higher than those for SB computers. But this is to be expected considering the number of transistors that makeup the 3960.