Tokyo RPG Factory’s first developed title has finally made its international debut only six months after the Japanese release. Shortened from the Japanese title of “Ikenie To Yuki No Setsuna,” this nostalgic RPG eschews the Vita release with a release exclusively on PlayStation 4 and PC in North America. With so much nostalgia packed into its brief experience, can I Am Setsuna bring gamers back to those simpler times when the Super Nintendo was still leading innovation?

I Am Setsuna opens with a young mercenary being hired on to take the titular heroine Setsuna’s life, something that could’ve been an easy job for easy pay. After learning of her fate of being a sacrifice to appease the monsters that ravage the snowbound lands, our hero volunteers to act as her guardian. After all, if Setsuna sacrifices her life at the end of her pilgrimage, wouldn’t that still fulfill the terms of his contract?

The journey to the Last Lands is filled with touching moments such as this that routinely tug at the player’s heartstrings. Such a heartfelt tale routinely evokes emotion that I haven’t felt since the ending moments of Wild Arms 4. Even the moments that end with a peaceful resolution still echo forth sentiments of loss and what some people are forced to endure in a work constantly ravaged by monstrous beasts. Setsuna’s journey takes place almost exclusively across snow-capped islands, providing an extra layer to the game’s cold and lonesome setting. While the world’s setting was fairly one-note, I can appreciate the developers’ choice in sticking with a consistent thematic setting throughout its entirety.

When I Am Setsuna was first unveiled to the public, immediate similarities were drawn to the combat system as it greatly mimicked that of Chrono Trigger. Having experienced the flow of battle for myself, I can heartily agree. The little nuances that made Chrono Trigger’s combat feel unique some twenty years ago still hold true in 2016. One unique hook to the ATB (Active Time Battle) system is through the use of a special SP gauge that fills when characters wait with a full ATB bar. These SP can be consumed as one-time buffs to a tech or attack in varying ways, such as increasing its damage or adding in restorative effects. Combo techs between two or three party members add strategy to combat and routinely helped to swap out which three members I’d take to the frontlines whenever I unlocked a new Spritnite ability and wanted to see what sort of combos could be unleashed.

Character abilities are drawn forth exclusively by Spritnite stones, with abilities being unique to a given character and support Spritnites that can be put to use by any character in the party. Obtaining these Spritnites can be uncovered through some treasure chests (especially the silver chests that can be unlocked during the game’s final acts) or typically through the use of trading monster parts and drops. The sole source of income for Setsuna and her crew are through selling in monster items and depending on which materials are sold, new Spritnite can be obtained. Any time I was short on cash to purchase a new weapon or wanted to gather new abilities for the party, it was just a quick cycle of heading to the nearest dungeon, slaying its inhabitants in different ways for their varying material drops, and cashing them in towards something new and shiny.

Obtaining these monster materials requires some flexibility in how monsters are dispatched. Whether it’s taking them out with a certain element or while they’re afflicted with some form of debuff will determine what sort of materials are dropped post-battle. Some of the combo techs I relied on towards the end of Setsuna’s journey would either affect every enemy on the field with debuffs or hit a close group of enemies with every element in a single attack. Couple these combo techs with support Spritnite that restore MP with enemy kills and I found myself in speedy feedback loops that routinely resulted in a plethora of enemy drops and leveling experience.

If a given encounter is too tough for the party’s current level, grinding out some extra levels isn’t necessarily the smartest approach. With each level up, characters gain an increase in HP/MP and occasionally a new Spritnite equipment slot, but not the usual attack or magic power in other RPGs. Without the backup plan of being able to grind and brute force your way through a troublesome boss battle, I Am Setsuna’s combat relies more on the strategic aspect to combat.

On more than one occasion, I’d hit a wall against some big bad monster and would have to rethink my approach. Would I swap out a character that does more damage with regular attacks for one that can heal HP or one that can target the enemy’s weakness with a lightning spell? This was quite important early on, but by the time my party reached the Lost Lands, I would punch my way through any encounter with one character focused on recovery and the other two unleashing combo techs every turn.

I Am Setsuna is a wonderful debut title from a company filled with seasoned RPG veterans, even if some of the presentation doesn’t quite hold up in 2016. In a world with a wide array of role-playing games aimed to capture that zeitgeist of gaming in the mid-90’s, it’s marvelous to see some of the original innovators of the genre come together to try and recapture that feel. As a role-playing experience that prides itself on offering the successor to Chrono Trigger’s combat, I Am Setsuna feels as though it’s left other aspects out in the cold.

Reviewed on PlayStation 4 (code provided by the publisher). Also available on Steam. 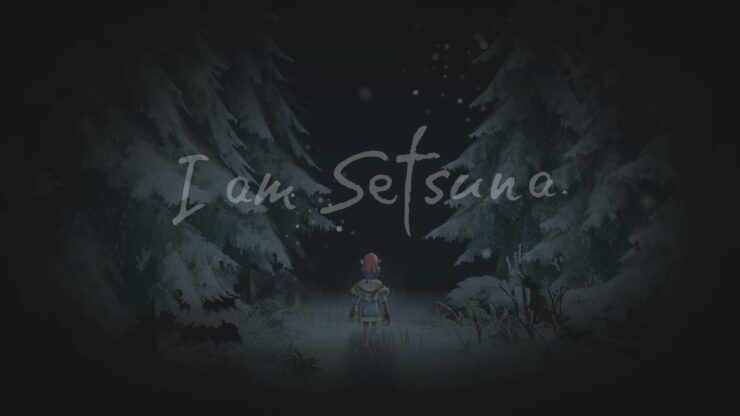 7.6
Wccftech Rating
I Am Setsuna

I Am Setsuna is a fine short little experience that brings back nostalgic feelings for the 16-bit era of role playing games, but doesn't do much to explore the twenty years of depth since then.