Ah, HyperX - one of my favorite brands when it comes to affordable, great-performing gaming peripherals. Over the past few years, my colleagues and I here at Wccftech reviewed quite some offerings from the Kingston-owned brand, and we've been quite impressed with what the company has been delivering.

One of my latest experiences with Hyperx is the Cloud Flight S Wireless headset, which I spoke highly of in my review and which I'm still using as my main gaming headset.

With Sony’s PS5 launching next month, HyperX recently released its new Cloud Stinger Core Wireless that matches the console's dual-tone white/blue design. How does HyperX's entry-level wireless headset feel and sound? Let’s go and test this, shall we.

The Cloud Stinger Core Wireless is a no-fuss headset and the same applies to the box. HyperX’s PlayStation-oriented wireless offering comes with the following: 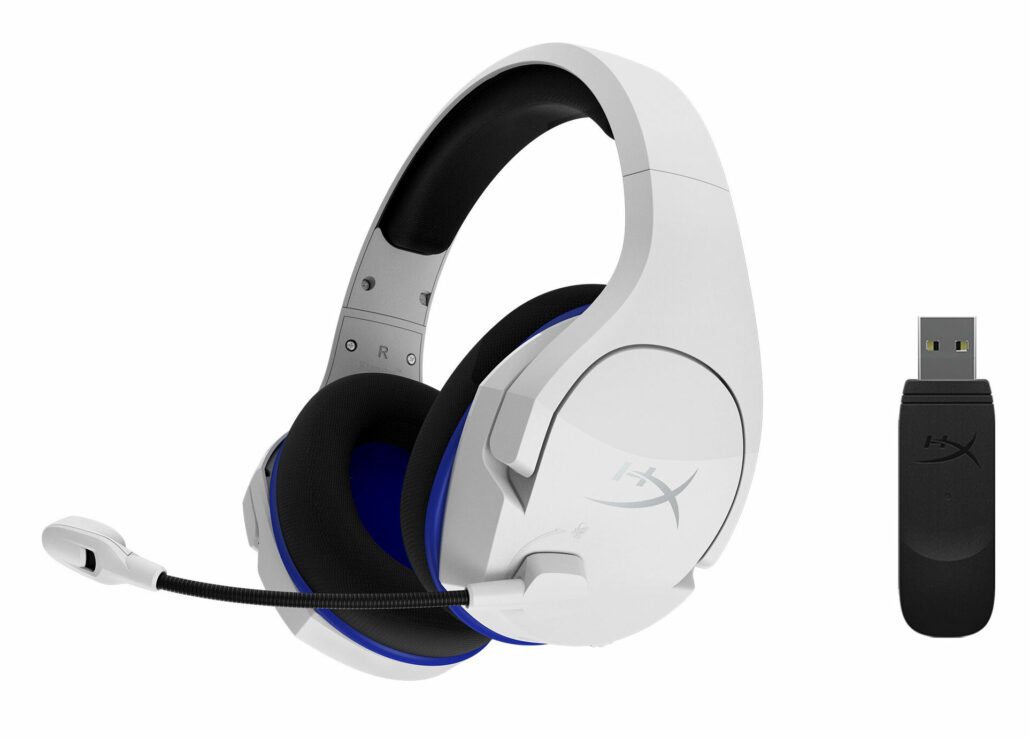 As mentioned above, the new Cloud Stinger Core Wireless is a PlayStation-oriented headset that shares its dual-tone design with that of Sony’s upcoming next-gen console. The white design with blue and black accents matches that of the PS5 and will nicely complement your next-gen PlayStation setup. It’s also compatible with the PS4 (and PC), but with Sony’s current-gen console being available in black, we can imagine that some will rather opt for a dark design (although some editions have been available in white).

Weighing in at only 275 grams, the Cloud Stinger Core Wireless is a lightweight headset that sports soft, breathable ear cushions combined with a cushioned headband. The non-rotatable earcups feature onboard audio controls for easy volume adjustments, and HyperX has outfitted it with a swivel-to-mute noise-cancelling microphone. A nice addition to this headset is that HyperX has designed it with a modern-age USB-C port instead of a micro-USB port that's often used on headsets. Unfortunately, HyperX hasn't outfitted the Cloud Stinger Core Wireless with a 3.5mm jack for additional connectivity options on other consoles.

As for the used materials - the Cloud Stinger Core Wireless is mainly built from plastics, although the adjustable sliders are made of sturdy steel. Overall, the design of HyperX’s offering feels quite cheap, especially compared to its main competitors  - Sony’s own PS5 Pulse 3D Wireless headset, the Corsair Void RGB Elite Wireless, and the impressive SteelSeries Arctis 1 Wireless. Retailing for only $79.99, the new HyperX is slightly cheaper than the offerings from Sony, Corsair and SteelSeries, but the use of a little less plastic wouldn't have hurt.

Like most wireless gaming headsets, the Cloud Stinger Core Wireless connects wirelessly via the supplied USB dongle. I've thoroughly tested the headpiece for longer periods of time and I haven't noticed any apparent audio delays, even at longer distances. While I wasn't able to check whether the boasted 12meter range is accurate, I can confirm that I haven't been confronted with connection problems while walking around on the same floor as my PS4/PC.

After having used the Cloud Stinger Core for the past few weeks, I can confirm that it’s quite comfortable, even after extended periods of use. I haven’t experienced any strains and HyperX’s offering is also a good fit when combined with glasses. Coming from more heavy headpieces, I was quite happy with the weight of this headpiece as it rested softly, but tightly enough, on my head.

HyperX boasts that this PlayStation-minded headset lasts for approximately 17 hours on a single charge. I can confirm that this is the case - during testing, a fully charged battery lasted around 16 to 17 hours, although I did use higher than normal volumes on some occasions, thereby affecting battery life. 17 hours is quite decent and while it's not on par with the battery life of the Arctis 1 Wireless, it lasts longer than more expensive wireless headsets, including the Razer Thresher Ultimat and the Corsair Void RGB Elite Wireless.

For its price, HyperX's offering delivers a solid sound experience. Clearly, the headset has been tuned for gaming and the boosted bass might overpower vocals and instruments when listening to music, but in general, I was quite impressed by the sound performance of this entry-level headset. It's a shame that the Cloud Stinger Core Wireless isn't supported by HyperX's Ngenuity software in order to adjust the headset's EQ-settings for sound optimization - something that is possible on the slightly higher-priced SteelSeries Arctis 1 Wireless. According to HyperX, this is due to the headset being part of their console segment and designed for PS5/PS4.

The equipped 'swivel-to-mute' noise-cancelling microphone is quite decent, but don’t expect wonders from it. Voices sound quite clear for a headset in this segment, but noise-cancelling could use some improvements as, on various occasions, background sounds were clearly detectable. Still, the microphone does its job and the ‘swivel-to-mute’ feature works wonders.

Players looking for a wireless PS5 headset under $100 that matches the color setup of their upcoming next-gen console won't be disappointed with HyperX's offering. Those who don't care about matching designs might be better off with the slightly higher-priced SteelSeries Arctis 1 Wireless, which offers more connectivity options (also works on Android and the Nintendo Switch), longer battery life, a more precise audio experience, and a somewhat more sturdy build quality.

PlayStation players looking for an entry-level wireless headset under $100 that matches the design of the PS5 can't go wrong with the HyperX Cloud Stinger Core Wireless. Console gamers looking for a more solid build quality and more connectivity options might be better off with offerings from other brands.

The Medium ‘The Threats’ Trailer Shows off New Character