Hard West, at first glance, appears to be a combination of X-Com meets Sergio Leone meets Supernatural. The west is a huge setting that is grossly underutilised and features in some of the best games you're likely to play, from the likes of Red Dead Redemption, GUN, and Call of Juarez: Bound in Blood. It makes me wish that Hard West was a little more grounded than the bewildering lunacy it delves into.

In reality, you're more likely to find that Hard West shares more in common with the Jagged Alliance style of isometric turn-based combat but sadly with none of the continuity. There are a combination of short stories connected to each other as sequels, prequels, and offshoots, in what turns out to be a series of bewildering events.

The problem is that these sections of the campaign may share characters and areas and lay in the same continuity, but everything you've done in the previous one, two, or even five campaigns is rendered moot by the fact that any items bought, any cards gained and all the experience obtained is lost to the ether, and you are left to start again. What makes this all the more disappointing is that Hard West clearly wants to make your decisions matter in the way it gives you choices with their consequences.

This is where the supernatural element is introduced. The introductory story dabbles a little, with side stories about men having their eyes sewn shut but are still totally aware or selling a part of yourself for increased power. Soon after, though, you'll find yourself having sold your soul to the devil who resurrects you from the grave, leaving you on a path of vengeance and hundreds of dead bodies. It goes deeper from there.

Alongside the new mini-story, each campaign section offers a new overhead map with new locations to visit. What tends to add to the disjointed feeling of the campaign is that they offer a new feature, or possibly just a gimmick, taken right out of the Wild West handbook of tropes. One will have you digging for gold, while another will have you leading an expedition. Another tasks you with scraping by and holding back hunger, and of course, you won't miss out on the most popular theme, the wanderer seeking vengeance.

What happens to be the problem is that all of these stories just feel a little weak. The lack of continuity removes all fear of making the wrong decision after the very first scenario is finished. If there's nothing carried over, then what does it matter, beyond getting a specific achievement, what choice you make? It doesn't. It's also hard to care about the death of old man Murray or your reason for hunting The Masked Man when the characterisation is less than that of the toast you had for breakfast.

I'm possibly being a little harsh when the whole idea of these games tends to be that you make your own story, and to be fair, the main cast does tend to be interesting as the game moves through the scenarios. There would probably be a lot more heft to the story if the game hadn't given as much freedom as it actually did.

What I mean by this is the inclusion of a world map in each scenario. As previously mentioned, it gave me side stories, things to explore, and the added on feature. However, it never really mattered what part of the primary story I was, since I could stop and do as much as I wanted without any real progression. On the very rare occasions Hard West finally decided that it was fed up of just waiting, it never really knew what to do with itself, which led to utterly bewildering moments.

One instance was in the very first story. Having been attacked by raiders, the objective was to head to your neighbours and find out if your sister was okay. At this point in time, you are also being taxed on what gold you uncover by the local Mexican mobster. I kept on digging for gold and ignored the sister. However, the game decided it was fed up with waiting and the story advanced with the sister going to the mobster and trying to talk to him, getting kidnapped in the process. I then decided to go to the neighbours, where my sister was still there waiting for me. Turned out I ended up rescuing my sister while my sister was in the party, shooting herself out of a locked room.

It's a shame because Hard West really shines in anything related to combat. Character development is based on the aforementioned cards that are gained at the end of every fight. Each card has a benefit or offers an ability for you to use. Up to five cards can be held at any one time, but you can only get more than one cards benefit if they are from the same suite. Further benefits are gained if you manage to get a poker hand using them. There's also a good variety of weapons, from close-range shotguns to long-range elephant guns, and extra benefits can be gained from consumables and armor.

This all contributes to an extremely solid combat system that veterans of X-COM, XCOM, or the older Jagged Alliance fans will be familiar with. The cover system, using full, half, and no cover, is brought over in the same form that you would expect. Turns take place in the same sort of two-action phase and you always have to pay attention to your ammo counter; reloading out in the open is a sure-fire death sentence. Indeed, the threat of death made the combat all that more compelling. While your characters aren't the most developed and I certainly didn't care about them as much as I did my hand-reared teams in such as Jagged Alliance and XCOM, the lack of mid-battle save system and my use of Iron Man mode - the death of a story-centric character in battle forces you to restart the whole scenario - made the fights that much more tense.

Hard West is an unusual title. The budget limitations are shown with the bland visuals but surprisingly made up for by the understated yet excellent voice acting. The core game isn't exactly revolutionary, but there's little need to reinvent the wheel when you can perfect it. That's what Hard West seems to have done. It lacks any features that can surprise you, but what it does have is polished to a diamond-like shine. 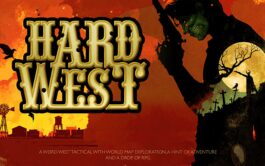 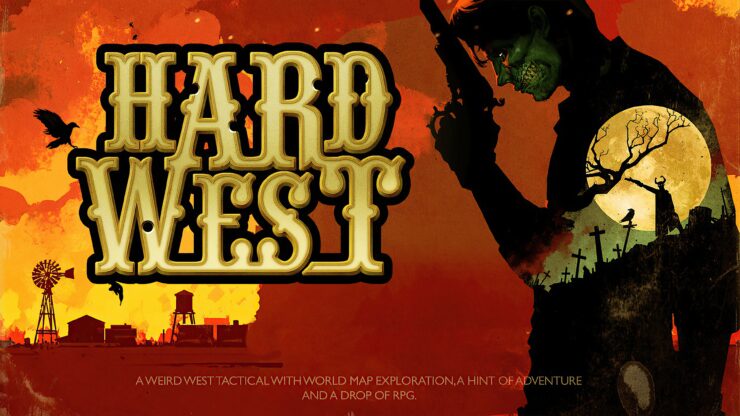 Hard West is a solid tactical game. It lacks in story and character aspects but more than makes up for it when you go into battle. 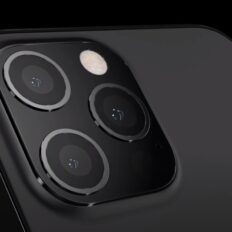 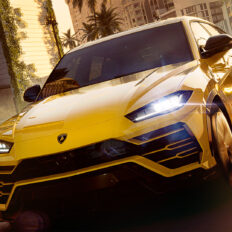