Sometimes I just want to relax while gaming, and Gear.Club Unlimited 2 is perfect for that. I just want to sit back, hold accelerate, and pause my brain up until I need to overtake or take a tight corner. It's simple, straightforward, and enjoyable while it lasts. I didn't expect to enjoy Gear.Club Unlimited 2 as much as I did, but I also definitely didn't expect to find this much fun despite some fairly glaring issues.

What we have here is a straightforward, serious racer. You get a Mini Cooper early on, and will ride it to victory - once you've turned off all the driving assist options, that is. Cars feel incredibly weighty on the road, and taking corners at serious speeds is satisfying, but not easy. Which is why the game generously offers you a rewind function, allowing you to take a step back a few seconds and retry that tight corner so you can get your best times.

From a world map, you can select from dozens of icons, most of which will be useless to you. There are car dealerships - most of which will be out of your price range for a long time - and a small selection of races, both exhibitions and main races to complete the barebones story. The story races require you to use a certain class of cars, pushing you to earn money and slowly buy better vehicles, while the exhibition races want your cars to be of a certain amount of horsepower, and will earn you big cash rewards.

Races include time trials, straight-up traditional races against other vehicles, and elimination rounds where whoever is in the last place gets removed from the race. There's a whole bunch of fairly good tracks to race around, though you start to recognise the environments and pieces of track they've put together - every roundabout looks the same, for example.

That brings us on to the graphics. Gear.Club Unlimited 2 definitely looks like a last-gen game, and that's being kind. Your vehicle looks great, but other vehicles on the track have low-res textures on them. The environments don't fare much better, with dead looking trees and angular backgrounds. At high-speed, they look fine but take more than a second to look around and you'll be disappointed. Of course, snowy sections look much better.

But no matter how good the game looks, it stills runs pretty badly. It's definitely not 60FPS, and the stutters here ensure you do not get a smooth 30FPS experience either. It's just disappointing. Trees look dead, other cars look broken, and then when you're slowing down for a corner the game starts stuttering. A terrible mishmash.

But outside of the races, there are other elements that keep you coming back. The money you earn from races allows you to build up your HQ, where you'll be designing the layout of your own garage, putting in place decorations, places to park cars, or even installing new areas to upgrade your vehicles further. Using said money to continually upgrade the Performance Shop and your vehicles is a satisfying experience that keeps you coming back.

Or it would if the progression system was fixed. I'll be frank. Add a premium currency and an energy system, and this is a mobile game, through and through. The original Gear.Club was a mobile title, and apparently, they haven't bothered to yet upgrade the way the game plays out. How slowly you earn money, coupled with how expensive upgrades and new vehicles are really ruin the way progression plays out, and you'll find yourself racing exhibitions over and over with the same vehicle to make enough cash for the next big upgrades or vehicles - in fact, if you move to a different class of races and don't have a compatible vehicle, the game just makes you play exhibitions over and over. It's not just something the player unfortunately has to do, the game recommends it.

And then, suddenly, it gets incredibly repetitive. This is a world away from getting pink slips in older racing titles, this is grinding, the kind mobile games encourage users to pay to speed up, plain and simple. Developers, listen: this is not the kind of progression system I expect from a game I paid for. Let me earn certain cosmetic car parts or other vehicles with certain exhibition races, at least. Grinding for everything is a time waste, not a fun experience.

But still, I'm a bit frustrated because I'm complaining about a game I really quite enjoyed. A game that I often turned on for a race or two, despite having Super Smash Bros. Ultimate to play. Gear.Club Unlimited 2 was a lovely palate cleanser but still has many rather obvious problems.

If you have the dedication to fight on through, there are fast, enjoyable cars to race, but it doesn't really ever feel worth it. Especially since the single biggest problem in Gear.Club Unlimited 2 is that the loading screens - for everything - are just too long. They hang on 95% for what feels like an eternity, and by the time the game loads in, I've already picked up my phone, distracted by something else. A massive shame. 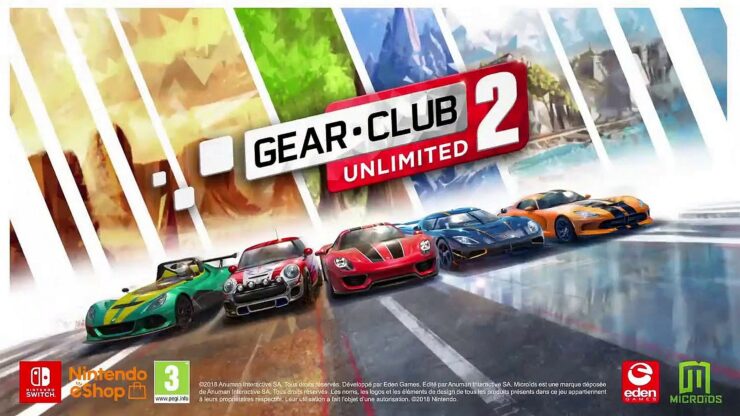 There will be an update for online multiplayer later, but there's nothing as of right now. The game could be fun, but the developers of Gear.Club Unlimited 2 really need to rethink this mobile-style progression system and make the game load faster and run smoother. With those improvements, it could be a great racer that everyone should play on the Switch.

Thymesia Guide – How To Unlock All Endings (Spoilers)

Thymesia Guide – How To Beat The Final Boss (Spoilers)