With up to four players locally or eight online, you slap, punch and headbutt each other until one person is unconscious. After that, there is just a simple matter of flinging the snoozing victim off the side of the arena. If you’re the last one standing, you win.

Its simplicity is what’s deceptively great about Gang Beasts though. Because it feels like there’s a lot hidden under the hood, but the game never quite explains itself. Headshots seem to deal more damage but its next to impossible to accurately aim for anything during the brawl, sometimes unconsciousness lasts no more than a second while other times its incredibly difficult to rouse your avatar, but the reasoning has remained uncertain throughout my time with the game. But, that is one of the best things about Gang Beasts. Whether there are some complicated calculations going on behind the scenes or if the game just chooses different effects at a whim, the randomness and ambiguity makes Gang Beasts fun and fresh every time you play it. While Street Fighter and Tekken have frame perfect combos to memorize and exploit, Gang Beasts forces everyone onto the same playing field, despite whatever experience one player might have. 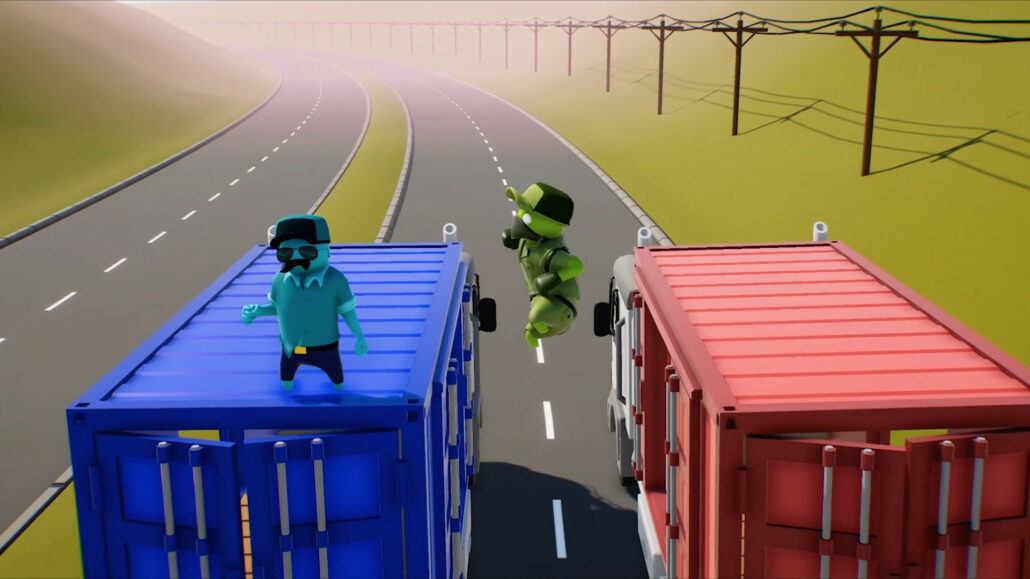 With two players, its just a chaotic game of cat and mouse, with one player normally running and the other chasing, before ending in a scrap. Anything more than that, and it becomes an inescapable brawl. Victory, however hard fought, is rarely anything more than luck. But Gang Beasts isn’t a game you play to win, it’s a competitive game where the gameplay is more important than the champion. And with this ethos clearly instilled in the game, Gang Beasts can be unevenly balanced, without anyone complaining as long as the results are funny. Sometimes players might start completely surrounded, or at the very edge of the arena, it can feel unfair but after flailing your arms a few times, it doesn’t really matter.

And the micro-colosseums are a lot more than the original boxing ring. Some have fans that launch players in every direction, some have floorboards that give way underfoot, some are suspended on wires that can be destroyed at any moment. The maps are the heart of the game, and there cartoonish, impossible, imaginative designs are delightful. Like other party games (like Overcooked), each map says true to the core of the game while changing up how you interact with it. 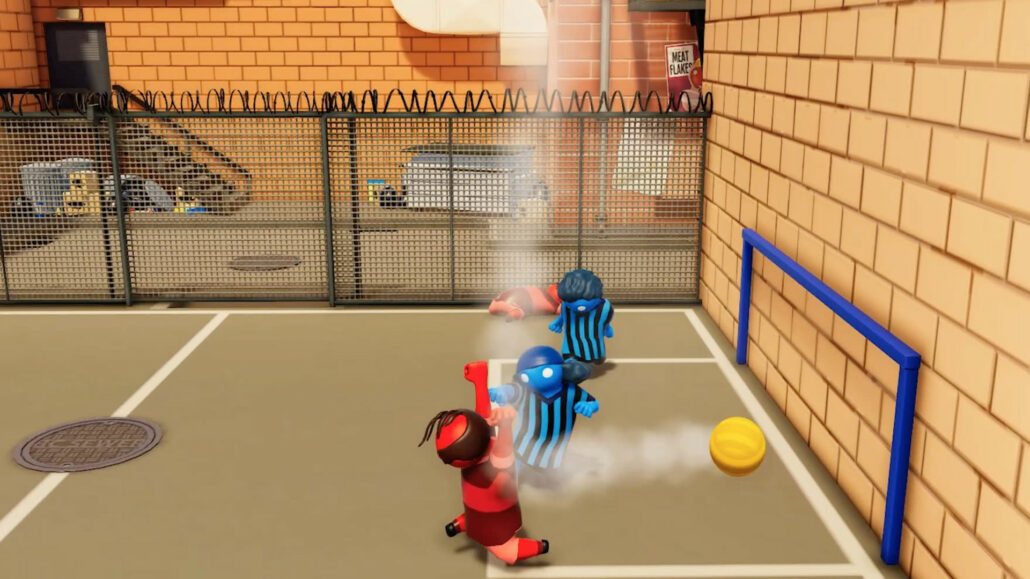 To discuss Gang Beasts in such formal ways is to overstate how you play Gang Beasts. It's something where ignorance is indeed bliss, and knowing less of the mechanics, and what to expect from the maps, makes it more fun. But that doesn’t mean that playing it for several hours straight isn’t fun, and I should know.

But Gang Beasts does have a few issues. Its soundtrack for a start is repetitive and annoying. Not the fun kind of annoying that adds to the overall madness of the game but the annoying kind of annoying that just makes you turn it off. But that’s hardly an issue since you can hardly hear it the din of laughter.

The biggest issue is the online options of Gang Beasts. The servers aren’t always the most stable, with frozen screens and frequent trouble connecting. But the biggest disappointment is just how bare it feels compared to the local games. Without the shoving and taunts being thrown across the same room, it's just not the same experience.

Gang Beasts is a game for friends. It’s for the fun and carefree afternoons you spend together, where you don’t want anything too challenging but something that's just raw fun. You can play just a few games or for an entire evening, but be warned, it hurts to laugh that much.

Gang Beasts is a game for friends. It's funny, silly and inconsequential. With a huge array of costumes to wear and places to brawl, you can play one game or ten and have a great time.