The graphics card is really big but not the biggest from the ones I have tested. The card measures at 329 x 130 x 61 mm and takes up 2.5 slots worth of space for installation. You would have to keep in mind the height when going for a dual card solution as your case or motherboard PCIe slot combination may not allow such setup. The cooling shroud extends all the way to the back of the PCB and it requires a casing with good interior space for proper installation. 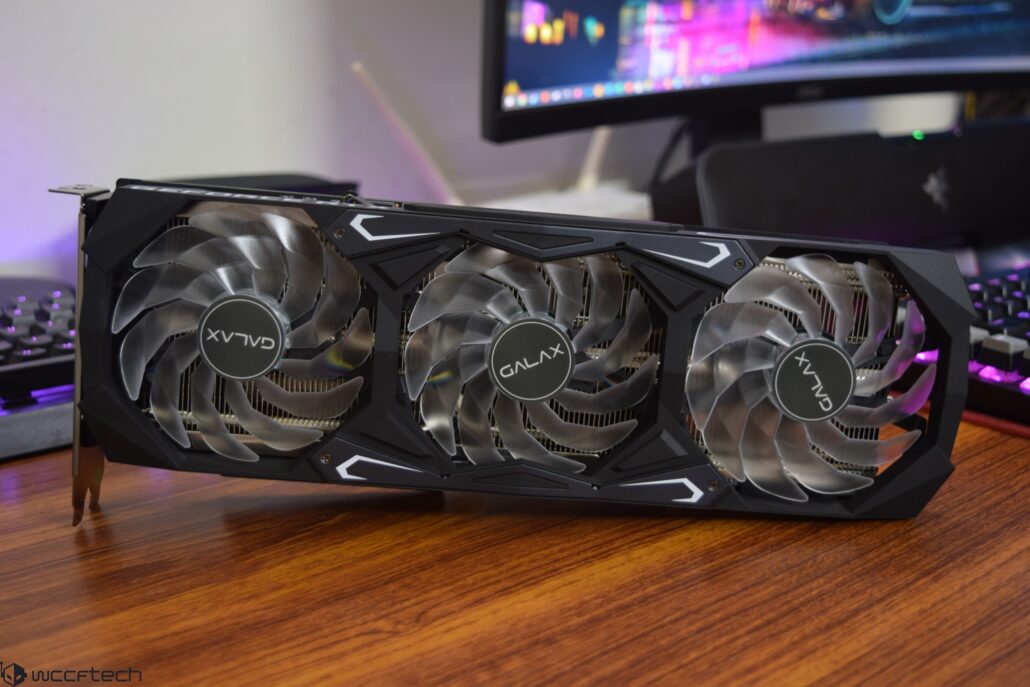 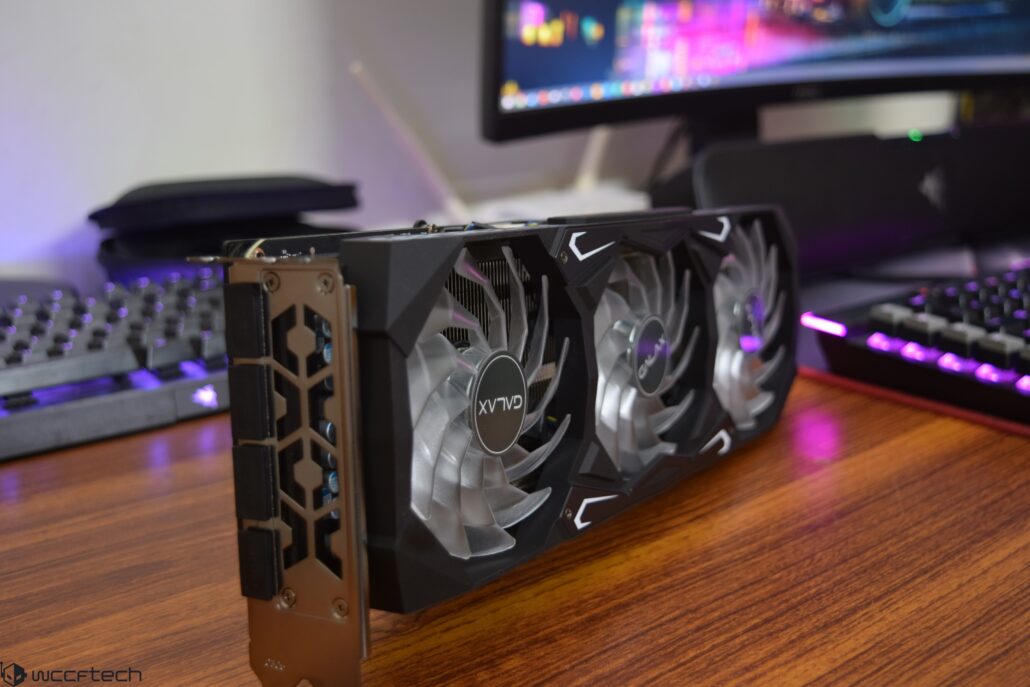 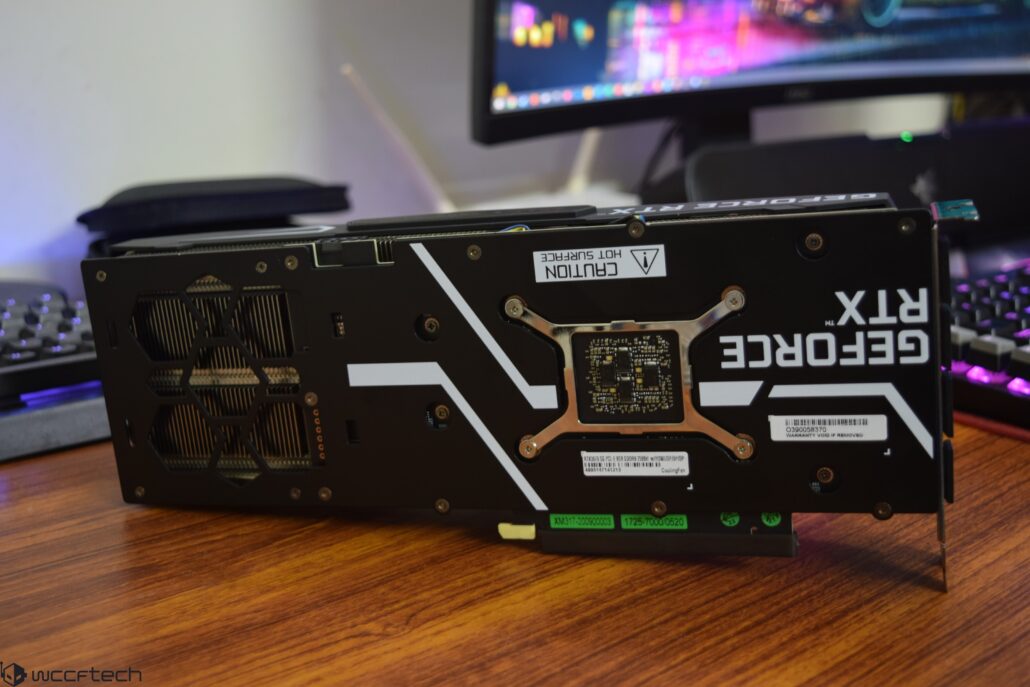 In terms of design, the graphics card rocks a singular color scheme which is matte black and along with some white and silver linings on the front, sides and back. The SG series is the entry level GPU offerings from GALAX so don't expect any fancy designs like the WTF, EX or HOF series cards. 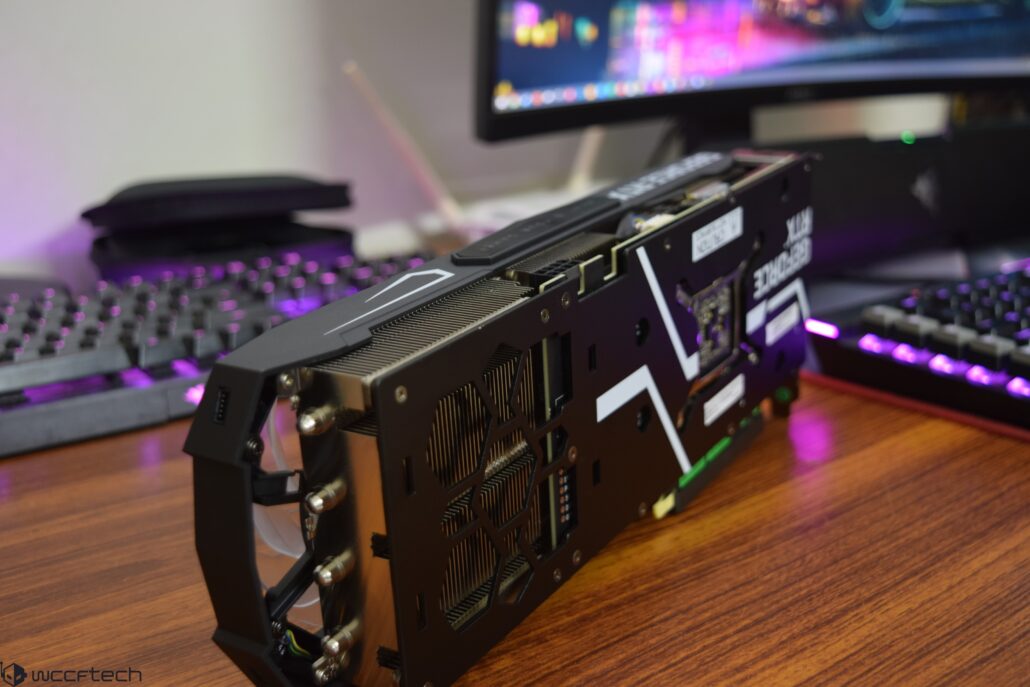 GALAX is going fully on-board the RGB bandwagon with their SG series, offering multiple light zones on the front and sides of the card. The shroud itself extends beyond the PCB. 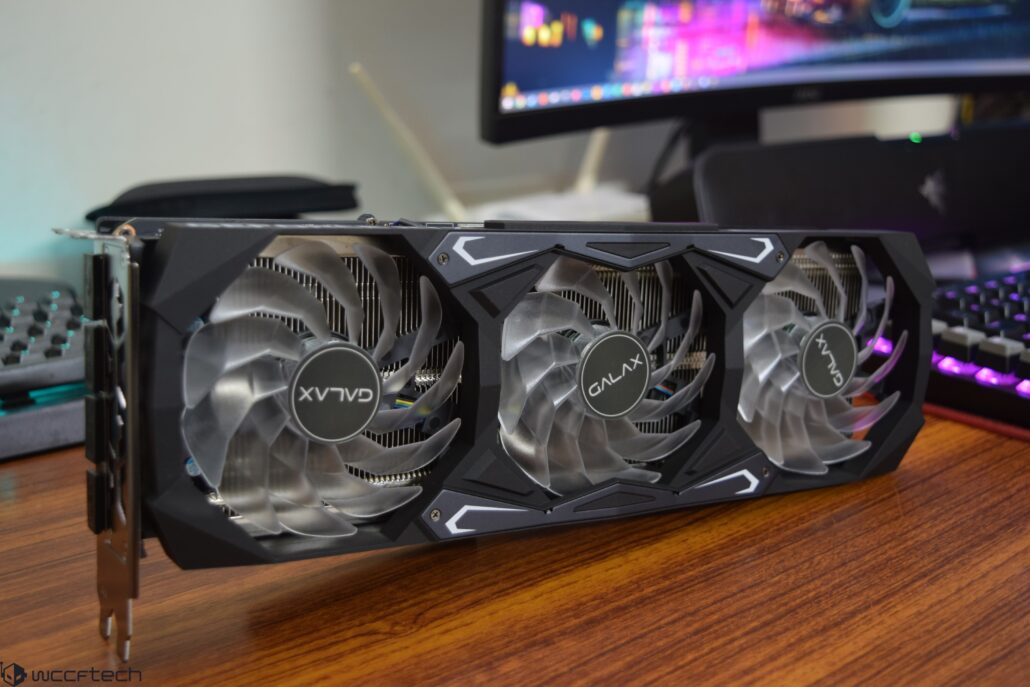 Coming to the fans, the card rocks triple 92mm fans. Each fan is comprised of 11 blades which have a very angular shape that is made to disperse hot air out of the card faster than standard designs. 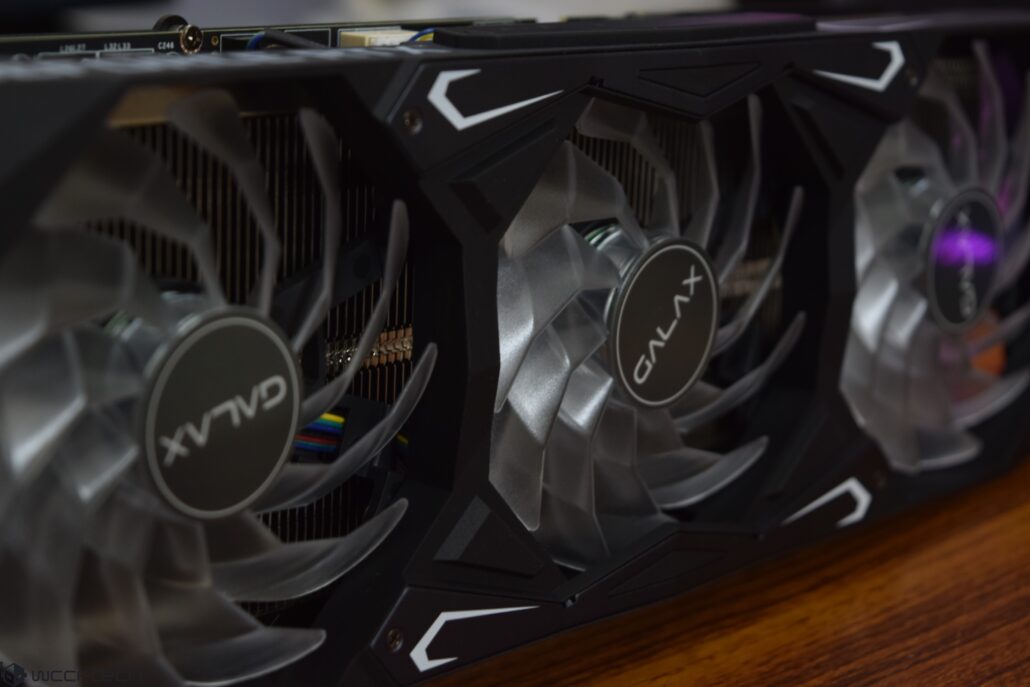 While all three fans have an acrylic finish to really shine with all the embedded RGB LEDs offering an even more glorious display of this card's RGB capabilities. 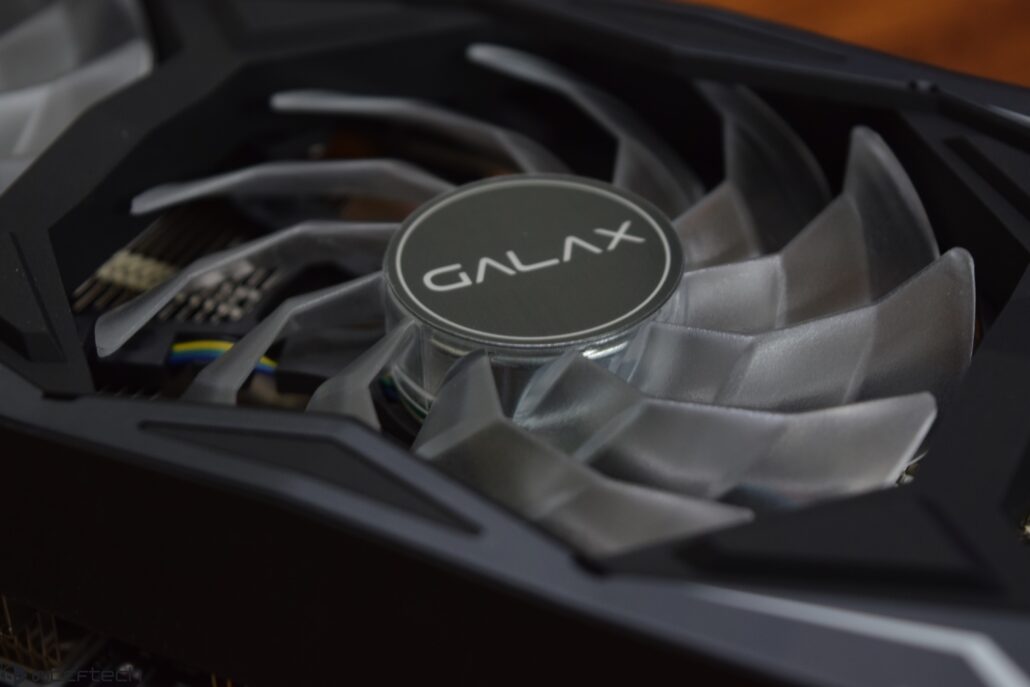 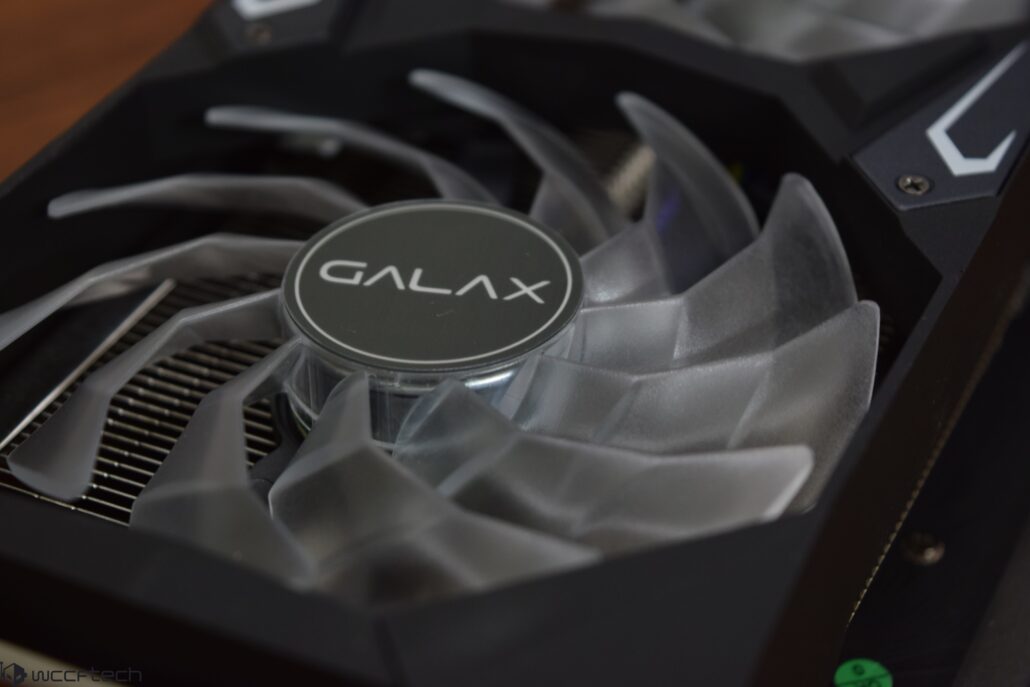 I am back at talking about the full-coverage, full metal-based backplate which the card uses. The whole plate is made of solid metal with that add to the durability of this card. The brushed matte-black finish on the backplate gives a unique aesthetic. The graphics card also comes with a compact PCB design which means that the shroud, heatsink and backplate are all extended beyond the PCB. The third fan blows air through the heatsink and blows it out from the cutouts that are situated at the very end of the backplate. 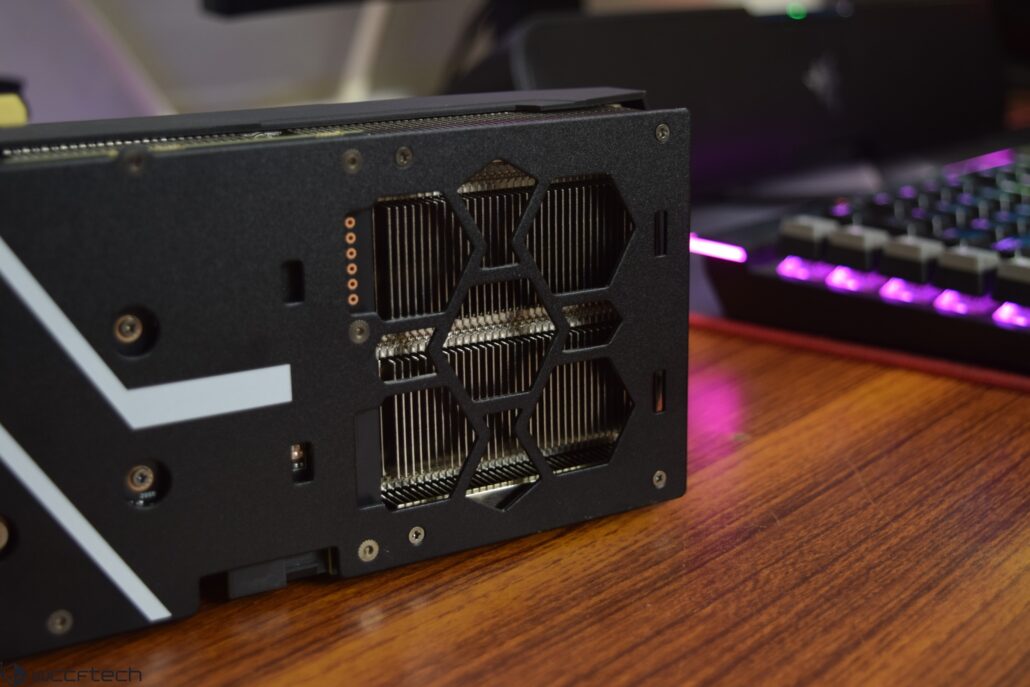 This is also where GALAX's 1-clip booster fan plugs in. Its an easy fit on the backplate and requires no additional screws to be used. The card has a 12V RGB In and a 4-pin fan header on the back of the shroud for the 1-clip booster. 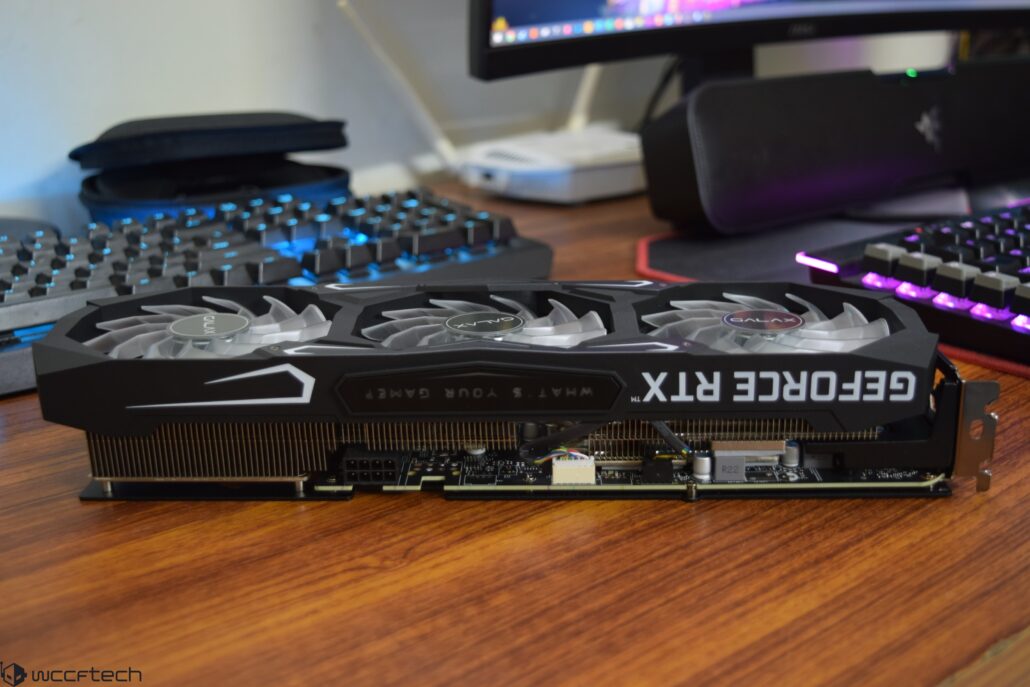 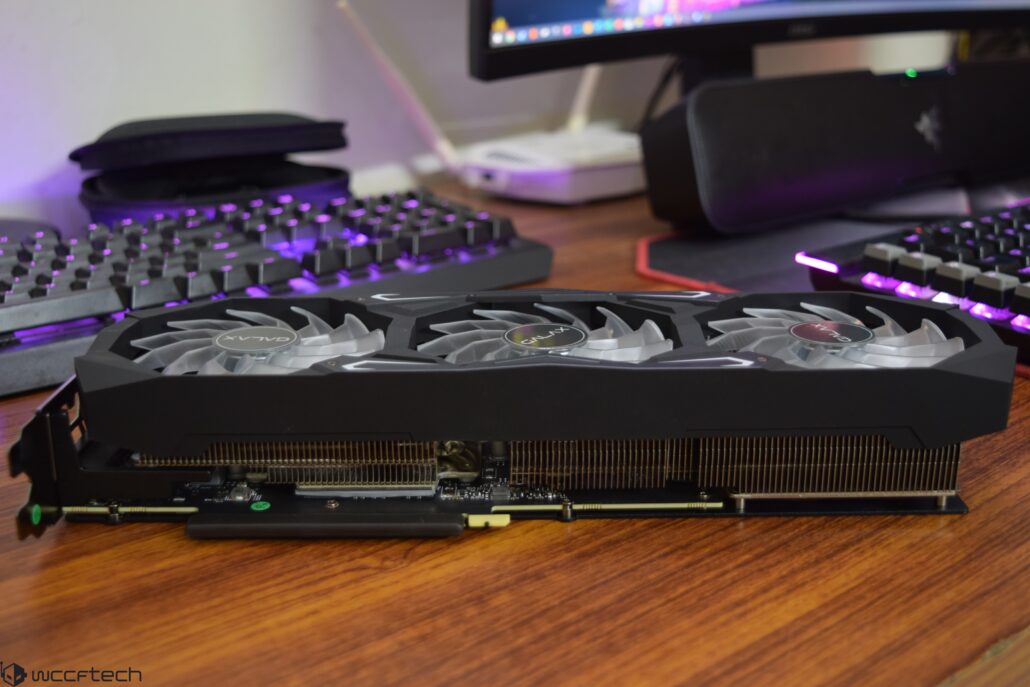 Talking about the heatsink, there are two blocks of aluminum fins which are interconnected by six heat pipes running through the copper base plate and heading out towards the dual heatsink blocks. The heatsink is a slightly updated version of the one used on the RTX 2080 WTF with an increase surface area for additional heat transfer. 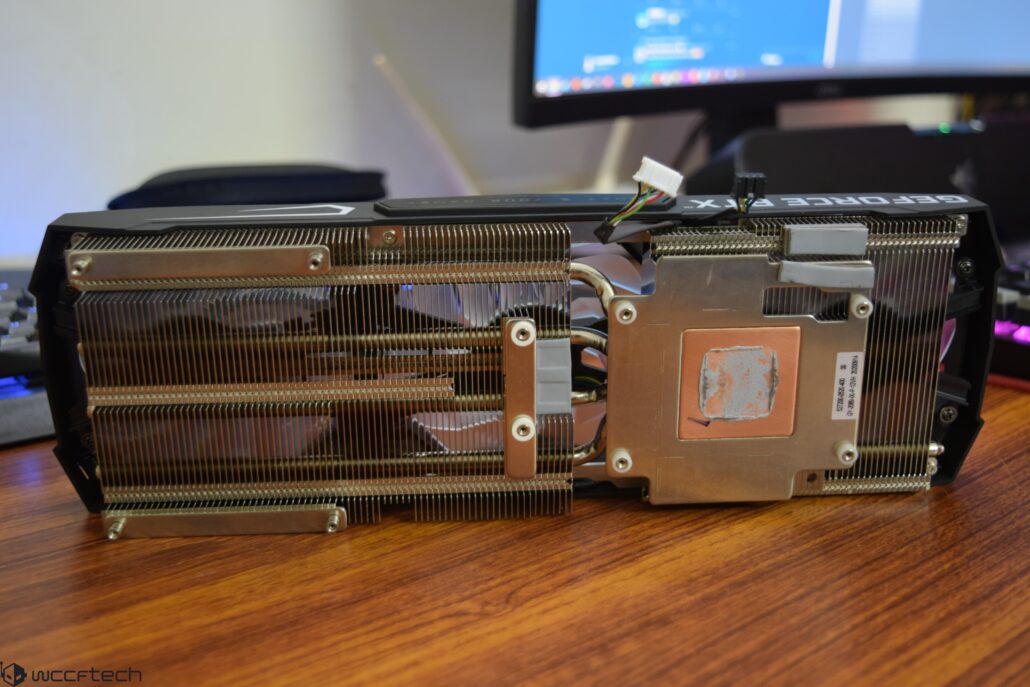 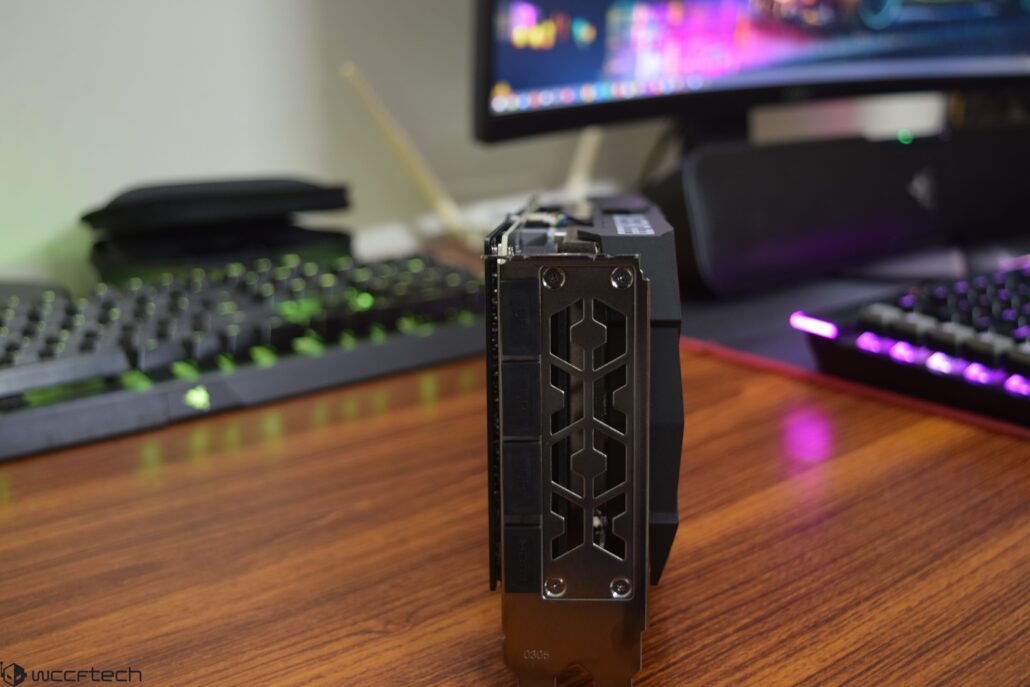 Power to the GeForce RTX 3070 SG is provided through a single 8-pin connector which sticks to the 220W reference configuration of the Founders Edition variant. 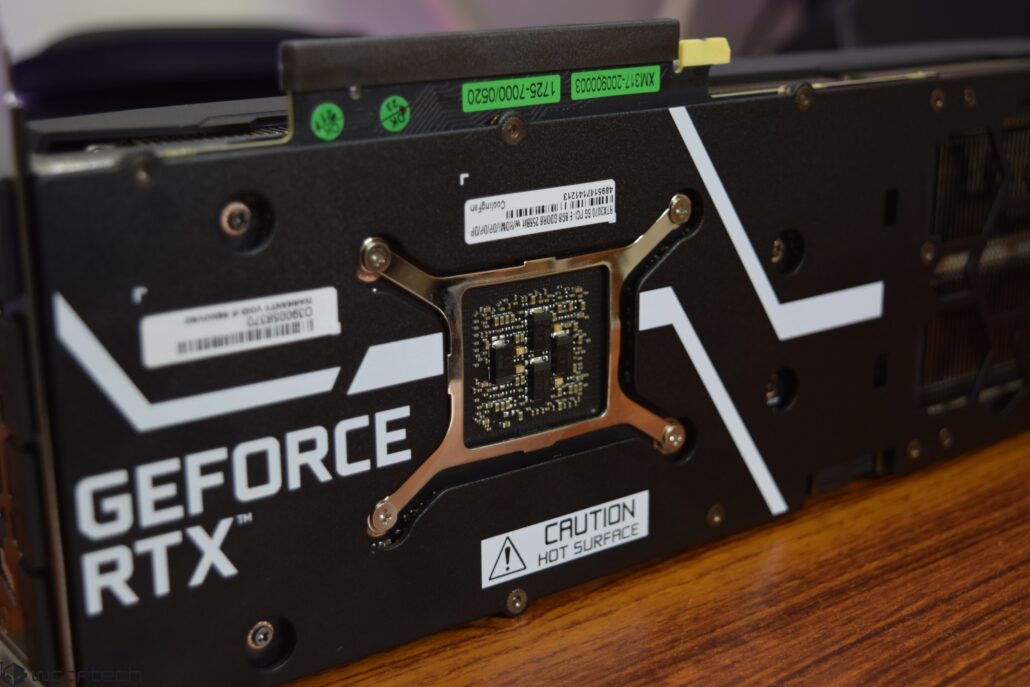