There must be no worse strain on a developer's mind than to have to release a new version of the same game on a yearly basis, all the while trying to keep the genre's crown from the frantic assaults of the main competitor. 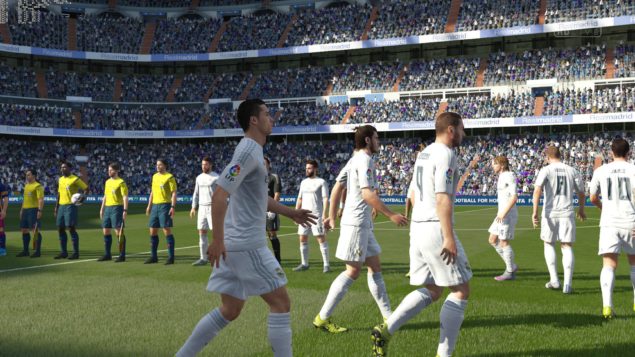 That must be what it feels like to be one of the folks at EA Canada, who managed to overthrow Pro Evolution Soccer a few years ago. Konami's historic football series has been making major strides in the past couple years, which means that PES is once again breathing on FIFA's neck, but EA Canada didn't disappoint at all this time around. In fact, FIFA 16 addresses pretty much every major concern players had with FIFA 15, delivering a great football experience as a whole.

The most advertised new feature is without a doubt the inclusion of female footballers' teams, which is a first for a football game. While it is nice that games overall are making an effort to include more playable female characters, in this case FIFA 16 is quite limited: there are only twelve national teams (Argentina, Brazil, Canada, China, England, France, Germany, Italy, Mexico, Spain, Sweden and the United States) and three modes (offline friendlies, online friendlies and Tournament Mode). In this regard, FIFA 16 is merely a taste of what's to come: EA Sports has made it clear that female teams will be an increasingly bigger part of the future games. 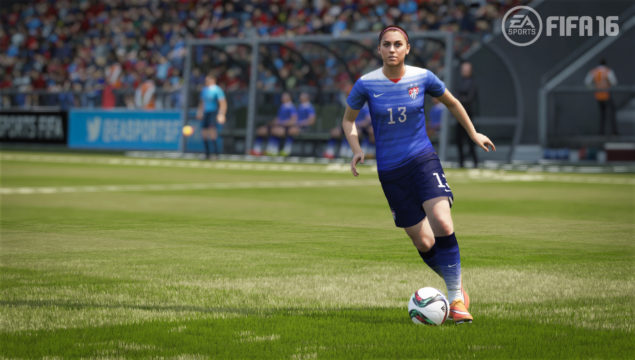 The real meat of any football game, though, is in its gameplay. FIFA 16 delivers that in spades, thanks to multiple improvements across the board.

First of all, any FIFA 15 player will immediately notice the much slower pace. Last year's edition often resembled a ping-pong match more than a football one in that regard, and FIFA 16 addressed this obvious flaw by bringing the pace a lot closer to the real game's. This is the first and most important step in the larger scheme of gameplay enhancements; it means that FIFA 16 requires players to build up scoring chances slowly and carefully, just like real teams do nowadays.

Another very important piece of the puzzle is the AI, which turned out to be very disappointing last year as defenders left huge holes for the attackers to enjoy. This simply cheapened the whole game, since often times you really just needed to win a couple of tackles and with the defenders leaving their positions for inexplicable reasons, the pathway to the goal was literally open.

That's all in the past, thankfully. Defenders are much smarter now, which is why building up play requires a lot more patience in FIFA 16; however, there's also more satisfaction to be had since scoring is more of a challenge now, particularly against human players. Likewise, sprinting alone won't solve your attacking issues like it did in the past. While fast players are still nice to have in your team, they just can't blaze past the rivals anymore as defenders will cover spaces in a much better way. The same can be said for those who love dribbles and tricks - varying your play as much as possible is paramount in FIFA 16. 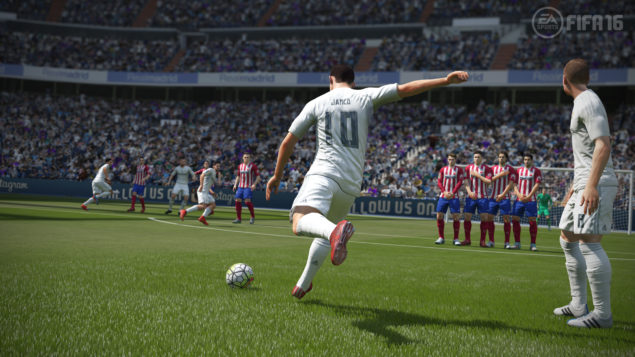 The remaining parts of the gameplay were already well done in FIFA 15 and they've been further upgraded in this one. Contrasts and tackles are more convincing and solid than ever, while the ball itself feels both great and realistic to kick and pass.

One area where FIFA 16 still remains clearly superior to its competitor, PES, is the shooting system. While Konami's game often produces floaty shots, here players can enjoy powerful kicks that drive the ball home with a lot of momentum; when that happens, it's hard not to grin to yourself.

This sensation is further enhanced by the great way goal nets react to the ball, while in PES 16 nets are very stiff, which kind of ruins the effect. On the flip side, PES 2016 is the winner in terms of visual likeness of players, whereas in FIFA 16 even some renown players bear absolutely no resemblance to their real version.

That's just one aspect of the presentation anyway, and the others are top notch, including the use of vanishing spray for free kicks and new weather/kick-off time variations.

For those who love the Career Mode, FIFA 16 has several enhancements such as a new Training Mode (which will help develop a player's skills), the ability to pick a friendly tournament before the beginning of a Season and get a transfer budget boost by winning it, two year loans and more. 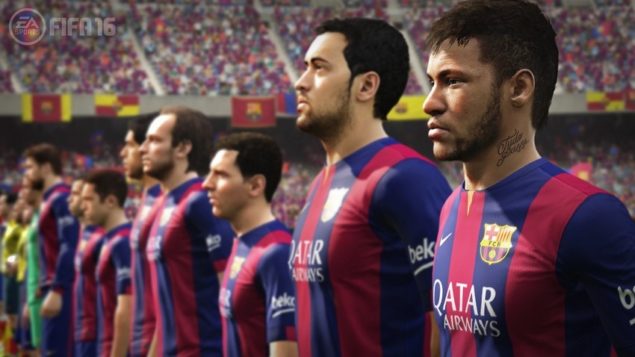 The most popular mode, though, is undoubtedly FUT (Fifa Ultimate Team), which got a new Draft mode in FIFA 16. You'll have to pick players and even tactics from a five-options draw; once you're done, FUT Draft will bring you into a four match series, either against the AI or human players depending on your choice.

The more of these matches you win and the better rewards (coins, packs) you'll get. FUT Draft is certainly an interesting way to play Ultimate Team, especially since it gives everyone the chance to play with the best players through the luck of the draw.