Planning to buy Apple's very own Smart Folio case for the new iPad Pro? Stop right now and go for this case from ESR Yippee Magnetic Smart Case instead which offers insane value for money and practically all the same features, too.

Disclaimer: ESR sent us the case over for review, but way before they even did, I bought the Yippee Magnetic Smart Case from AliExpress using my own money. What you're about to read is an honest review that represents my point of view without anyone else's influence.

I've had Apple's Smart Folio case on the radar for a long time now. But before I even went ahead with the purchase, I made a small leap of faith and decided to try out a random third-party option which offered similar functionality and one product from ESR - Yippee Magnetic Smart Case - kept on coming out on top. I had no idea what to expect from this case and at a price of just $22 my expectations were mediocre at best. After all, nothing compares to first-party stuff, right? And boy was I proven wrong.

For just $27 (after shipping and all from AliExpress) you get a case that's really, really thin. I'm not going to dive into the metrics of that, but this case just does not get in the way at all. It sticks in place using magnets, just like Apple's own Smart Folio, and it holds the iPad Pro in place like a champ. Never once those magnets have failed on me. But of course, a wild shake will dislodge the iPad Pro, and that's not the reason why you are going to buy this case in the first place. This case is meant to keep things as subtle as possible. It's not a 'rugged' form of protection in any way.

ESR's Yippee Magnetic Smart Case is made from a soft touch material which appears to be silicone. Inside, the case is lined with microfiber, which is nice touch to keep the iPad Pro's screen and back protected and clean at all times. Remember one thing, the materials used might feel nice, but they do pick up lint and fingerprints very easily. You might wanna keep a cleaning cloth with you most of the time if you are looking to keep things brand new at all times.

The case cover has built-in magnets that put the iPad Pro to sleep or wake it up whenever you interact with it, which is nice. And that top cover folds around so that you can keep the iPad Pro in an upright position or put it at a raised angle on a flat surface in order to type using the on-screen keyboard.

The cover magnets are not that strong however, meaning that you really have to put your hand on the back in order to keep it in place otherwise it will casually come off. Thankfully, the same can't be said for the magnets which keep the iPad Pro in place as they are rock solid and don't cause issues at all.

Since this cover exclusively protects the front and the back of the iPad Pro, therefore the sides of the tablet remain exposed at all times. This might be a downside for those who demand 360-degrees worth of protection. If you want nothing less, then this case is not for you. This case is for the minimalists out there. However, those exposed sides have a big advantage too: if you are living the dongle life, then you don't have to struggle with connecting anything at all to the USB-C port. At least the USB-C adapter I have does not cause any problems at all. Your mileage may vary.

The exposed sides also mean that you can attach the Apple Pencil to the tablet. But there is one thing I would like to point out here: if you are planning on typing using the on-screen keyboard by folding the top cover with the Apple Pencil still attached, I would recommend not doing it. Why? Because the Apple Pencil will touch the table, potentially getting scratched or knocked off if you are not careful enough. Have a look at the image below and you'll know exactly what I'm talking about.

Last but not the least, the case is available in three color options: black, gray and blue. It's available for both the 11-inch iPad Pro and 12.9-inch iPad Pro. How much does it cost (at the time of writing)? Just $19.99, which is insane value for money. Sure, it might not feel premium like Apple's case but it does everything you'd expect from it.

I would go out on a whim and recommend this product over and over again if you don't want to buy Apple's own case. Heck, for just $19.99, you can literally buy all three color options and it will still cost less than what Apple charges for a single case. Now that's something worth considering here with the Yippee Magnetic Smart Case. 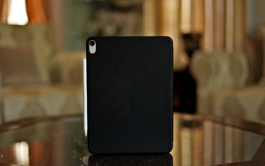 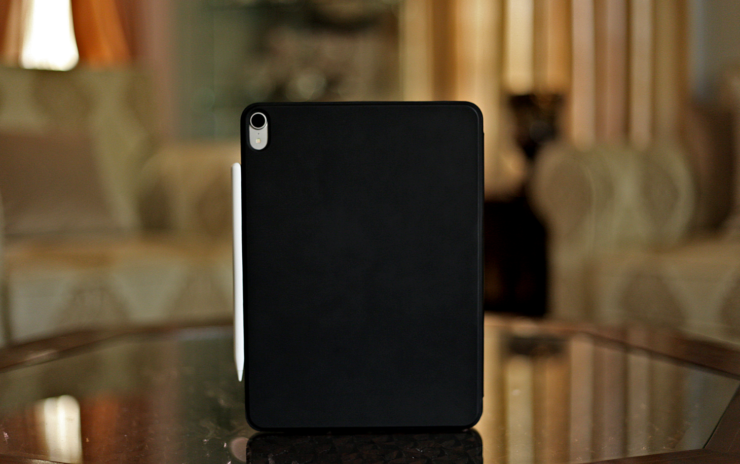 A nice case from ESR that gives the Apple Smart Folio a run for its money. There's a lot of case here for just $19.99.