Video games and mobsters go together like a dirty rat and a pair of cement shoes. Mafia, Yakuza, GTA – numerous popular franchises promise to give players a taste of the gangster life, although the majority of them tend to focus on action and melodrama. Most games about gangsters don’t show how they actually built their criminal empires. Enter Empire of Sin, the new Prohibition Era mobster sim from Romero Games (specifically, Brenda Romero, best known for her work on the Jagged Alliance series).

Empire of Sin is an interesting mix, combining a crooked business management sim with XCOM-like turn-based strategy. It’s an ambitious concept, but is the game a roaring good time? Or should it take a long walk off a short pier? Dust off your fedora, it’s time to take a tour of Empire of Sin… 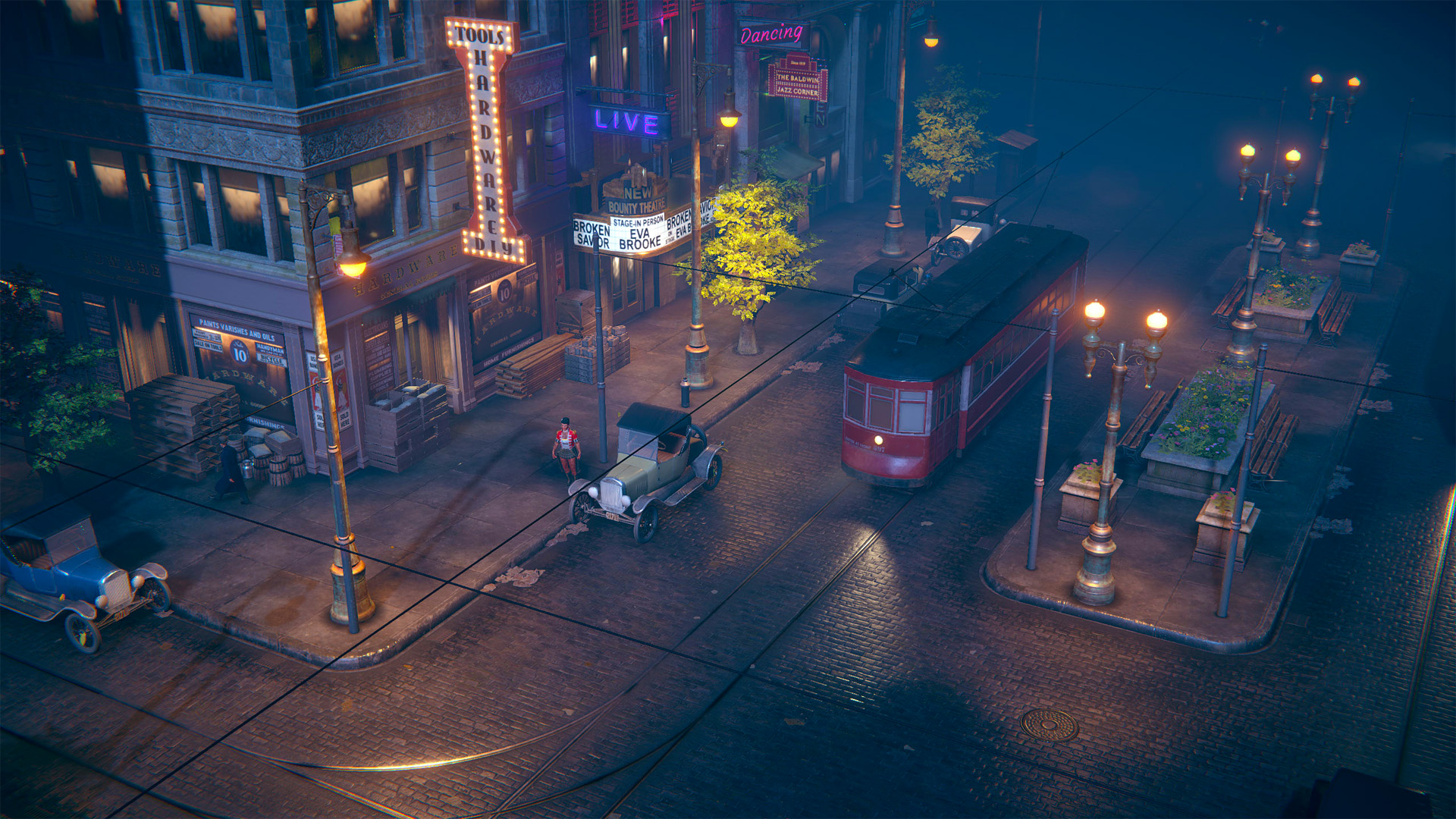 Your journey to the top of the Chicago underworld begins with choosing a boss, which are somewhat similar to leaders in Civilization, although you’ll actually be taking your boss into battle. Of course, you can play as iconic characters like Al Capone or Dean O’Banion, but there’s more than your stereotypical pinstripe-suited “legitimate businessmen” to choose from. Empire of Sin makes an effort to offer a varied array of bosses, some real, like the intimidating Daniel McKee Jackson, who leads a double life as a funeral director and gambling kingpin, some merely inspired by the era, like the glamorous French-Canadian Goldie Garneau. Personally, I went with the hardnosed Irish hooligan Frankie Donovan, mainly because of his frequent use of the word “gobshite.”

Empire of Sin tries hard to capture the feel of the Roaring 20s (or movies and TV shows based on them, at least). The game’s streets, speakeasies, and casinos are all nicely detailed and combined with a jazzy soundtrack, create a certain ambiance. That said, it’s clear some corners have been cut – NPCs charge around seemingly at random and frequently glitch out, and you’ll see certain character models repeated over and over without much rhyme or reason. Empire of Sin’s attempt to portray a more diverse side of the 1920s is admirable, but for stretches at a time it seemed like all the “thugs” I was brutally killing were the same women with bob haircuts, which eventually made me feel a little weird. Stuff like this can’t help but break your immersion a bit. 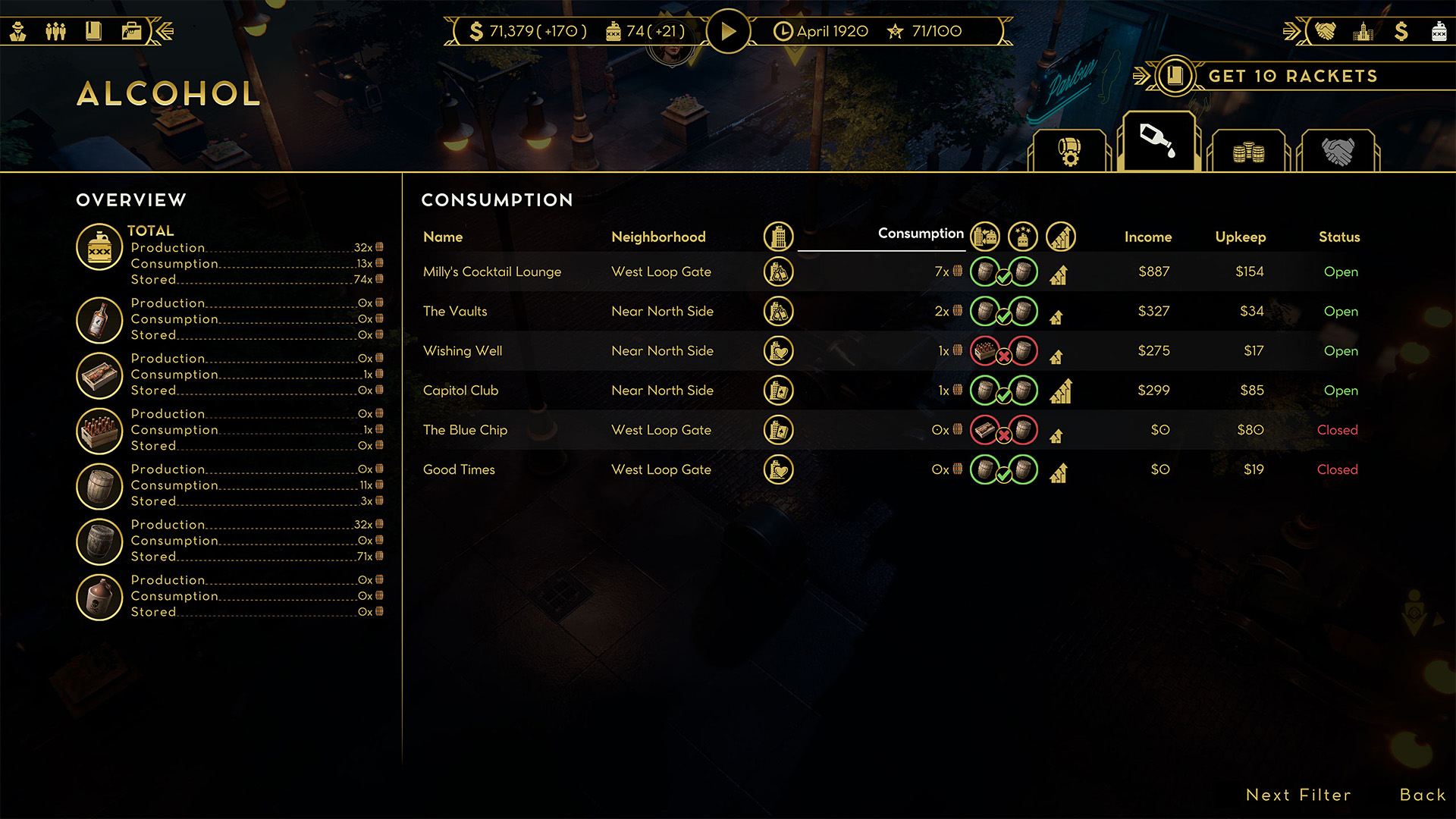 The goal in Empire of Sin is to establish and build up “rackets,” namely breweries, speakeasies, casinos, and brothels. Each of these can be upgraded, improving their production, ambiance, security, and other key features. Customers in certain neighborhoods will have tastes for differing qualities of booze, which you’ll have to provide for maximum profits. Successful rackets attract the attention of the cops, but you can throw them off the scent with a well-placed bribe or by closing a specific business for a short stint. Of course, you can’t establish new rackets without buildings to house them in, which you can just buy, although real gangsters do their business with bullets. Initially, you’ll take over buildings from generic thugs (basically the Empire of Sin equivalent of Civ’s barbarians), but eventually expanding your empire will mean butting heads with rival gangs.

The basic structure of Empire of Sin is fun, at least at first. Sadly, it turns out a life of crime can feel like a routine rather fast. Early on, you’ll feel personally attached to every new business you establish, but the fact that there’s only four types of rackets, many of which look more-or-less the same on the inside, means the novelty eventually runs out. Once you’ve got dozens of rackets spread over the city, they all start to fade together. I would have appreciated the ability to really make certain rackets my own, but they all have the same set of identical upgrades to buy. 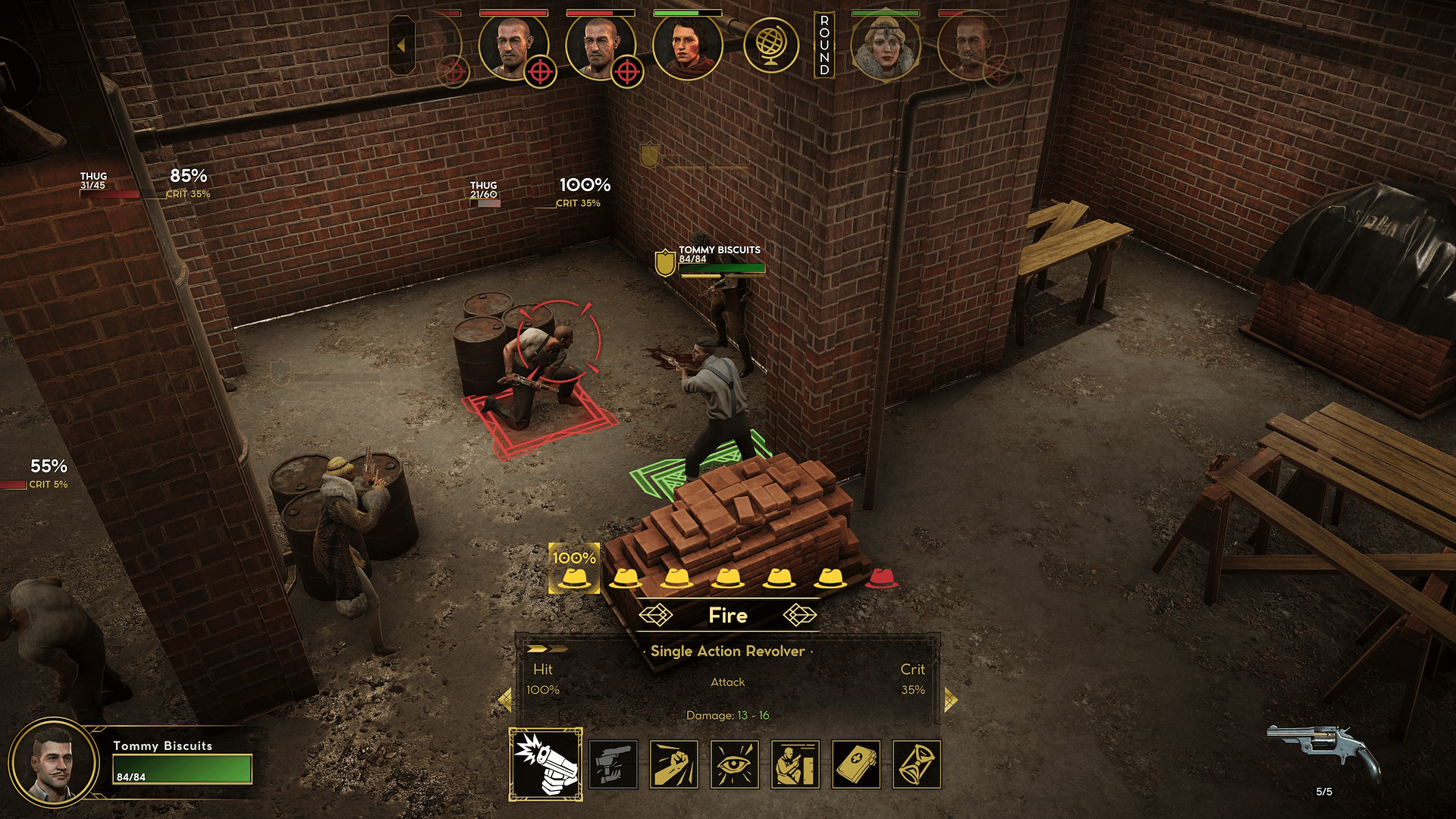 As mentioned, Empire of Sin’s turn-based combat is very much inspired by XCOM, as you can take cover behind objects and unleash a variety of weapons, attacks, and abilities. Battles provide some visceral thrills as guns let loose with a satisfying boom and dispatching enemies is just as bloody as you’d expect given the Romero pedigree. Unfortunately, much like the business sim side of Empire of Sin, combat also gets a bit repetitive. You’ll find yourself clearing out many similar-looking bars and warehouses, and the game’s AI isn’t particularly stimulating. Rather than staying put behind cover, enemies almost always push forward, allowing the player to sit back and pick them off as they get within range. Whether you win or lose often feels rather arbitrary, as the placement of your crew and your enemies is randomized at the beginning of a battle. Sometimes you’ll luck out and start near a bunch of solid cover, other times you’ll be dropped in the open right in the enemy’s crosshairs, putting you at a disadvantage right off the hop.

Thankfully, Empire of Sin’s RPG elements keep the combat from ever getting too stale. Your posse isn’t made up of generic grunts, but rather unique characters, each with their own backstory, traits, and abilities. These potential crew members run a colorful gamut, with some personal favorites including the hulking Clyde “Two-Ton” Malone, one-legged femme fatale Dotty Bacon, and half-blind pot-smoking fortuneteller Minerva Lee. Each crew member will further develop depending on what choices you make and how you play, picking up new traits, abilities, and relationships along the way (you can expect some, uh, interesting romantic pairs to form within your gang). Even when combat became a bit of a chore, I was still attached to my little crew, and the possibility I might lose one of them (there is permadeath in Empire of Sin) provided some much-needed tension. 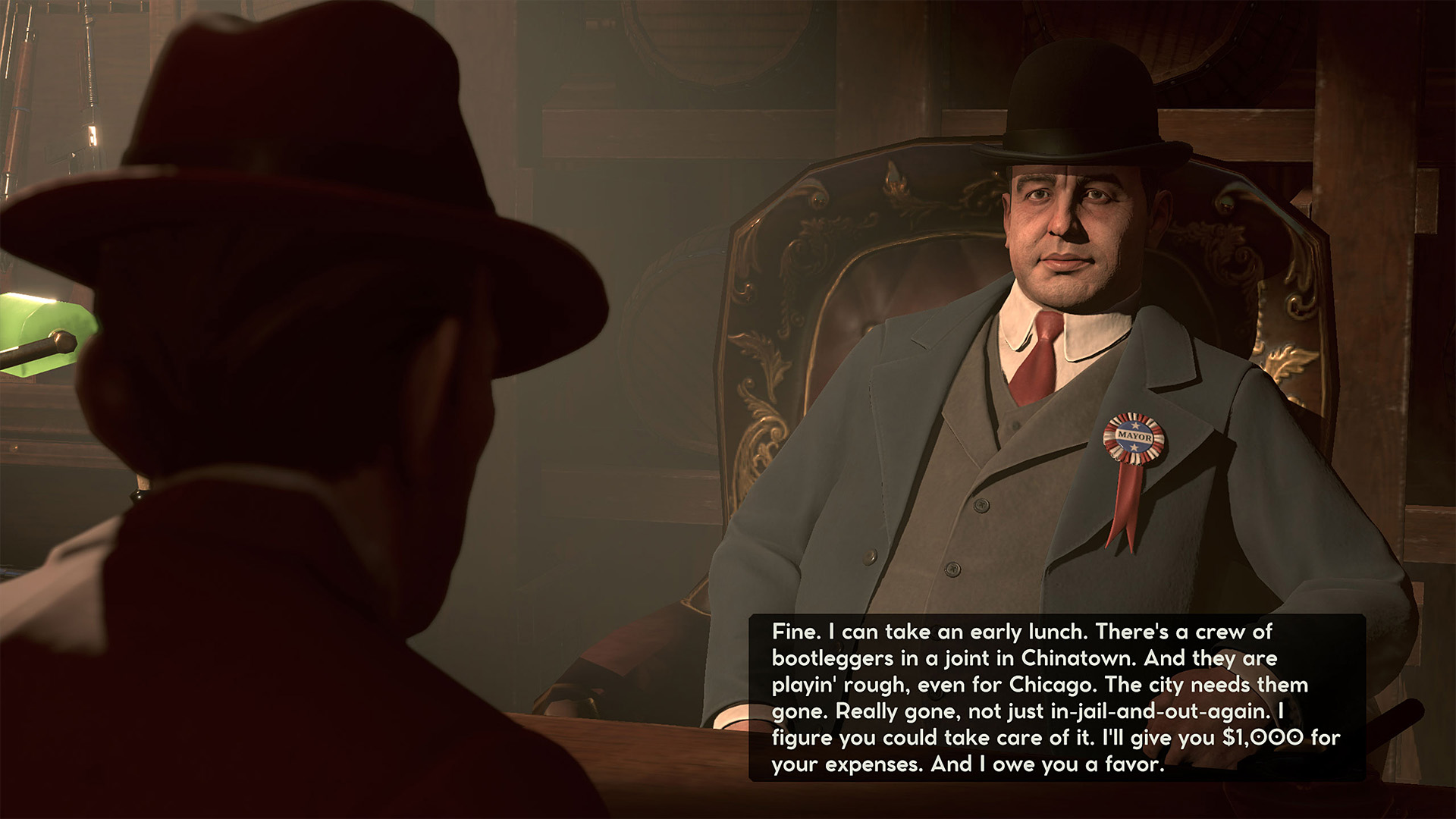 In addition to racket management and combat getting a bit monotonous, other issues rear their head the longer you play Empire of Sin. Going to war with another gang ought to be a highlight of the game, but it’s actually kind of irritating. All your rackets have guards assigned to them, and if a rival gang attacks them when your main crew isn’t there, you’ll have to play through the battle as your generic underpowered muscle. Wars are also very easy to game – you only have to take out your opponent’s safe house to bring down their entire empire and there’s no penalty for strutting around another gang’s territory, which means you can just plant yourself outside a rival safe house, declare war, then immediately kick in the door and wipe them out. Granted, these safe house ”boss battles” are tougher than most, but again, enemy AI isn’t terribly smart, so you don’t have to be that prepared. The Sim side of the game also becomes largely mindless, as once you accumulate enough rackets, money and booze more or less generate themselves.

Overall, I suppose I was hoping for a bit more depth and refinement from Empire of Sin. More opportunities to customize my operations and chart my own course to victory. More of a sense my actions were having a real effect on Chicago or that the police actually cared about what I was doing (they’re pretty much a non-factor unless you’re wantonly gunning down cops in the streets). Ultimately, Empire of Sin’s real saving grace are its missions, which inject a surprising amount of personality into the game. More than you typically expect in a strategy game of this type. 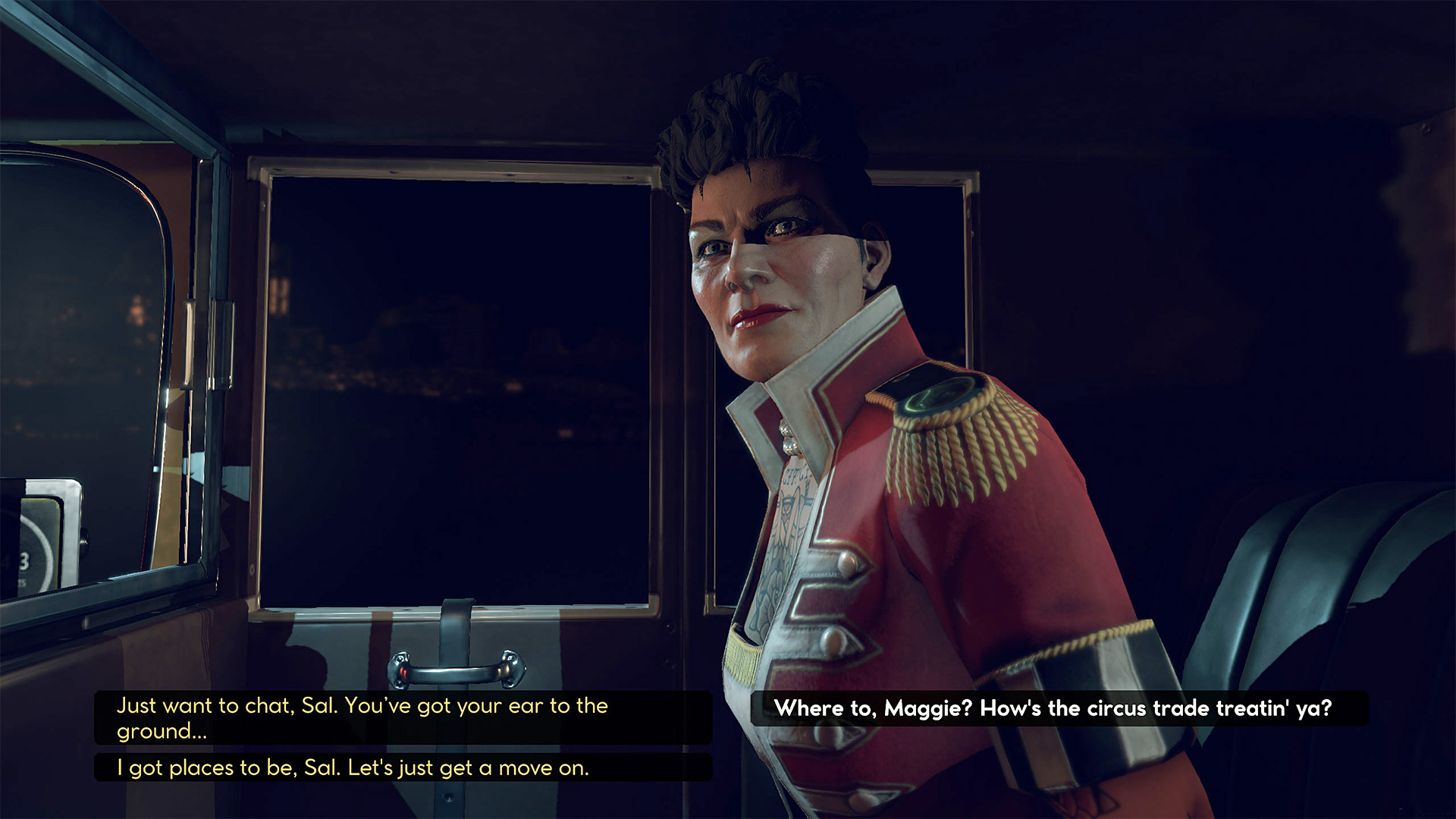 A lot of Empire or Sin’s missions present interesting moral quandaries – for instance, one of my crew members, an African American veteran, asked me to kill his racist former commander, but when you track him down you find he’s a scarred shell of a man. So, do you kill him or show him mercy? Do you sell a batch of tainted moonshine that makes people go blind for a quick buck, or place your customers’ wellbeing over profits? In addition to the tricky moral choices, the game throws a few fun plot twists at you, including one of your crew members turning out to be a mole for another gang. Even as I started to lose interest in Empire of Sin as a strategy game, the missions kept me hooked and pushing forward.

Sometimes that push is a little more complicated and frustrating than it should be though, as Empire of Sin is still very buggy. During my time with the game, battles would frequently freeze up, mission markers wouldn’t show up as they should, and near the end of my campaign, the game’s economy totally broke with most racket upgrades suddenly becoming free. And that’s really just scratching the surface – I strongly suggest you save often. Romero Games are promising two patches shortly after launch, one in December and one in January, and they can't come soon enough. 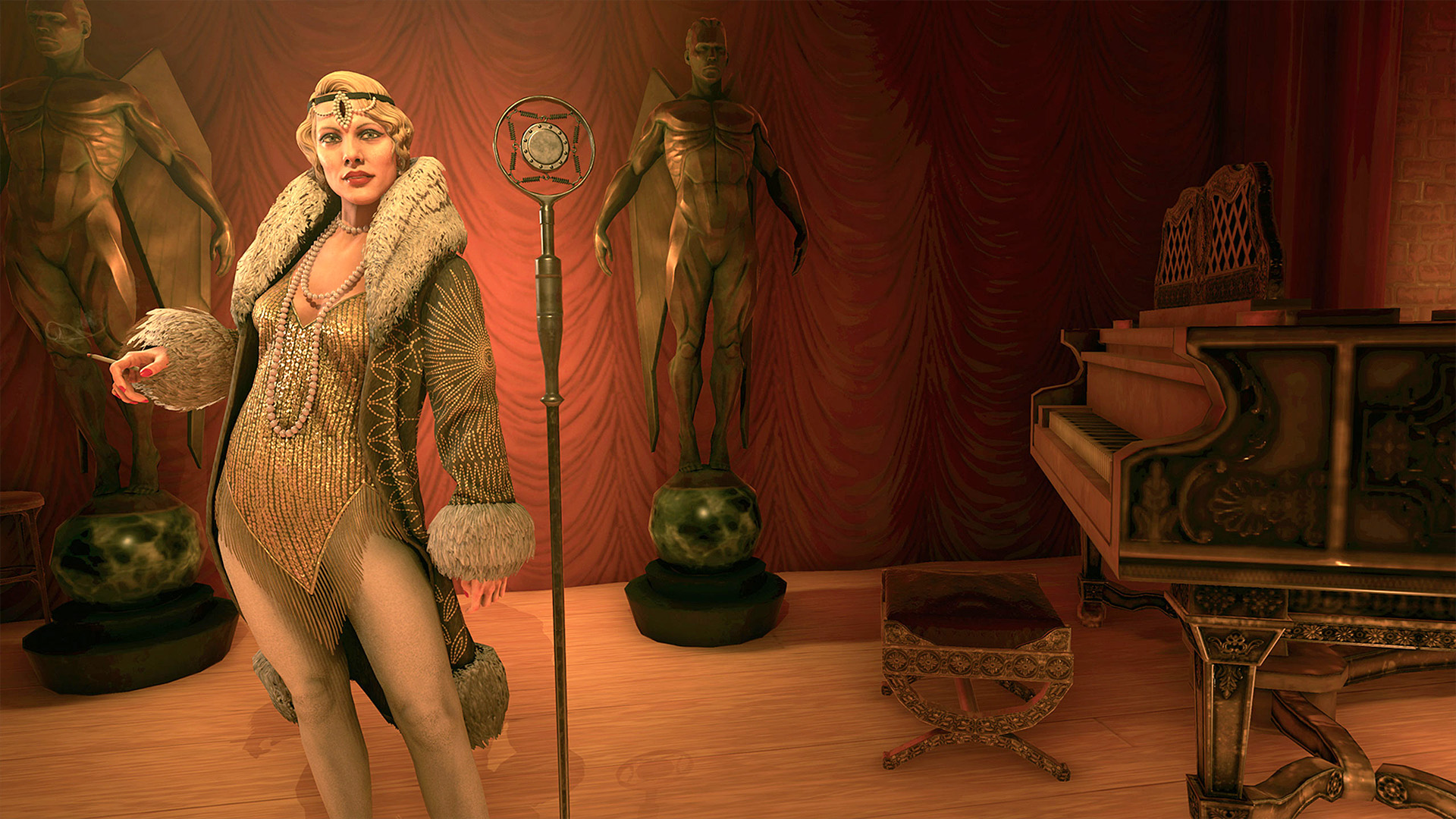 It took me around 15 to 20 hours to conquer Chicago’s underworld, and I’ll likely try it again with some different bosses, but given its somewhat shaky fundamentals, I doubt Empire of Sin will be my next strategy obsession like Civilization VI or Crusader Kings III. Like the Golden Age of Gangsters itself, Empire of Sin may not end up lasting that long.

This review was based on a PC copy of Empire of Sin provided by publisher Paradox Interactive. You can grab a copy of the game at a discount from Green Man Gaming.

Empire of Sin is a sincere love letter to a fascinating moment in American history and delivers all the style, swagger, and Tommy-Gun-inflicted violence you’d expect. Unfortunately, somewhat shallow sim elements, pushover AI, and a serious lack of polish means this probably won’t be your next great strategy obsession. That said, if you love gangster stuff, Empire of Sin might still be an offer you can’t refuse.