Elder Scrolls Online transitioned to a subscription-less business model roughly six months ago on PC. Rebranded as Tamriel Unlimited, the MMORPG then released for PlayStation 4 and Xbox One in June and proved to be successful both in terms of overall reception and sales. 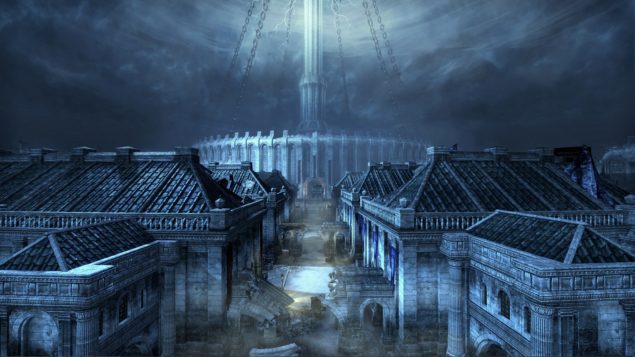 When they announced the new Buy-to-Play (B2P) model, Zenimax Online also laid plans for paid content additions, scheduled to be available on a quarterly basis. The Imperial City DLC is the first one of its kind, though the developer certainly hopes this is just the beginning of a long list of DLCs.

As the name suggests, the Imperial City DLC adds the capital of Cyrodiil to Elder Scrolls Online. According to lore, this is historically the seat of power of the Empire, but not in this case since ESO takes place during the Interregnum, long before the arrival of Tiber Septim. The city, now in ruins and invaded by Daedra, can be entered via the sewer system; there are three entrances.

The first thing I should note is that you have to be ready for some occasional frustration before entering the city. As those familiar with the game already know, Cyrodiil in Elder Scrolls Online is the center of PvP (or AvA, the official denomination here) conflict between the Ebonheart Pact, the Aldmeri Dominion and the Daggerfall Covenant. In practice, this means that you'll have to travel  from the closest fortress currently held by your faction to one of the sewer entrances, and at that point if you don't stealth your way in, there's a good chance to be attacked by an enemy player. 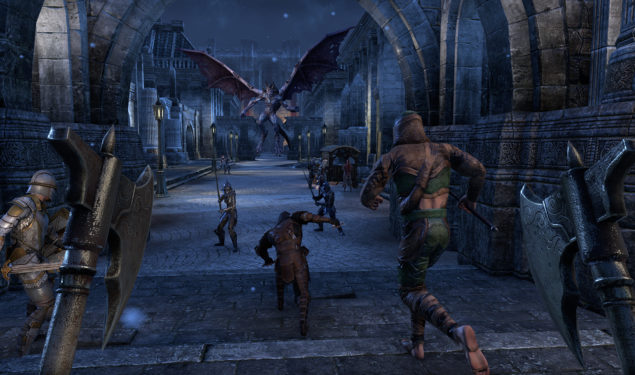 Anyway, PvE fans shouldn't despair. Zenimax has provided plenty of content for them, starting with a new quest line about Molag Bal's final attempt to conquer the world and concluding with two brand new dungeons, the Imperial City Prison and the White-Gold Tower; admittedly, the additional PvE quests don't last that long, but if you don't mind grinding there's a whole new currency introduced with the Imperial City DLC: Tel Var Stones.

This is a very different kind of currency from those otherwise featured in the game. It can be obtained by slaying monsters within the Imperial City or Scamps wandering in the sewers, who will be fleeing from players and trying to portal away (similarly to Diablo's treasure goblins); however, the real game changer is that you can get Tel Var Stones by killing enemy players, too.

This is particularly exciting as it introduces an element of risk versus reward to Elder Scrolls Online. That's not all, as Zenimax further enhanced this by adding a multiplier: essentially, if you are carrying around 100 Tel Var Stones you will get a 2X multiplier, if you have 1000 the multiplier will become 3X and if you're crazy enough to go around with 10000 Tel Var Stones in your pocket, you'll get the highest multiplier which is 4X.

That means players have to decide on the fly whether they're going to push their luck or play it safe. In the latter case, you'll want to deposit Tel Var Stones in the bank as soon as possible, though you can only deposit a minimum of 50 each time. With this currency, players can buy armor sets at the price of 1000 per piece for superior (blue) quality and 10000 per piece for epic (purple) quality.

As a returning player, I've found that merits and flaws of the base game were both mostly intact

Evidently, there's going to be a lot of roaming in the six districts of the Imperial City if you want to get a full epic armor set. One thing that became clear after playing this Imperial City DLC is that it's mainly geared towards players who usually play in a party thanks to their friends or guild mates. Those who prefer a solo experience are bound to have a much harder time, since there will be both player and non-player characters (including roaming bosses) out to get them; moreover, the dreadful Looking for Group system still hasn't been fixed and finding other adventurers for the new PvE dungeons is an extremely long and often fruitless endeavor. 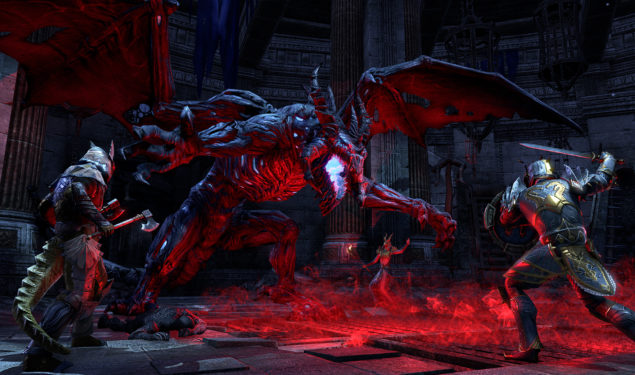 This is a recurring theme with Elder Scrolls Online and its first DLC. As a returning player, I've found that merits and flaws of the base game were both mostly intact: the graphics and performance are easily among the best qualities, for example, alongside the quests which are generally great for the MMORPG genre standards.

However, lag spikes are still occurring way too often. When the latency stays at 250-300ms most of the time, combat becomes significantly less responsive paving the way to frustration. Also, while the Imperial City (including the sewers) provides an environment apt for smaller scale PvP than what you can usually find in Cyrodiil, this still does not fill the void of "arena" PvP, which is a feature that Elder Scrolls Online lacks to this day when compared to pretty much every other MMORPG.

Larger guilds are also likely to be disappointed at the lack of new Trials, the game's equivalent to Raids. It's been a year since the latest Trial, Sanctum Ophidia, was added to the game; it's also been confirmed that no new Trial will be featured in the next DLC pack, scheduled to hit live servers before the end of the year.