The UFC is the black sheep of the EA Sports roster. Unlike FIFA and Madden, EA’s UFC games only come out every second year and we often don’t hear much of anything about them until shortly before release. This tends to create a lot of uncertainty, with every EA UFC game feeling like it could be the last. Thankfully for fight fans, EA Sports UFC 4 is here to mix it up.

This year, EA Sports UFC 4 developer EA Vancouver have promised to deliver stronger fight fundamentals, improved Career and Create-a-Fighter modes, and more, but does this franchise really have what it takes to be a top contender? Or is UFC forever doomed to second-tier EA Sports status alongside the NHL and NBA? Tape those fists up tight, it’s time to put this one through its paces… 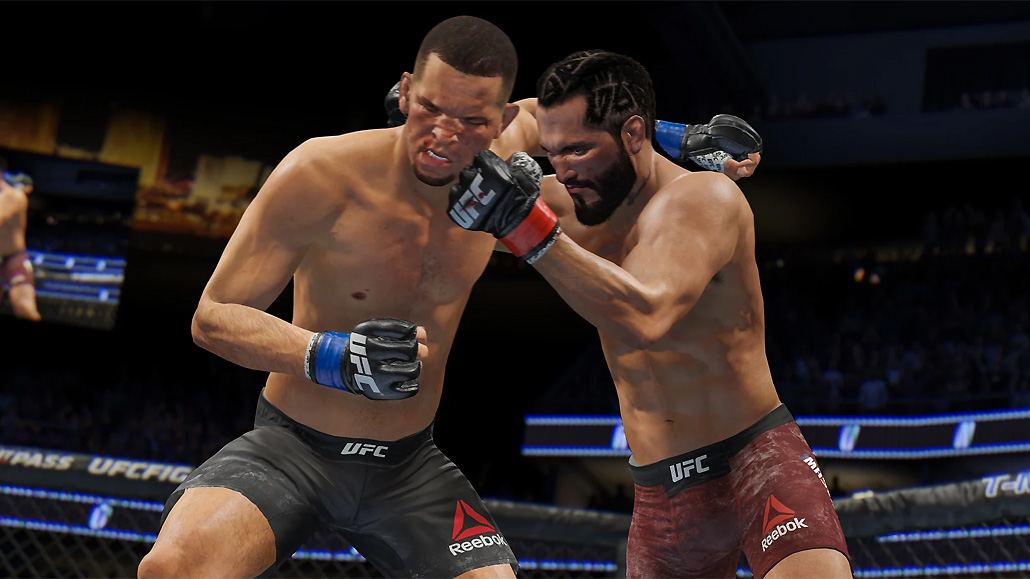 I don’t envy the developers behind EA Sports UFC 4, as MMA is inherently more difficult to translate into video game form than, say, boxing or wrestling. Punching, kicking, takedowns, grappling, submissions, ground and pound, ect. You have to get it all right, or the game isn’t going to feel right. To their credit, the makers of UFC 4 do a pretty remarkable job of making all this feel manageable. Sure, you might be a bit overwhelmed at first if you’re totally new to the franchise, but there’s a certain consistent logic to the controls, particularly when you and your opponent are standing. 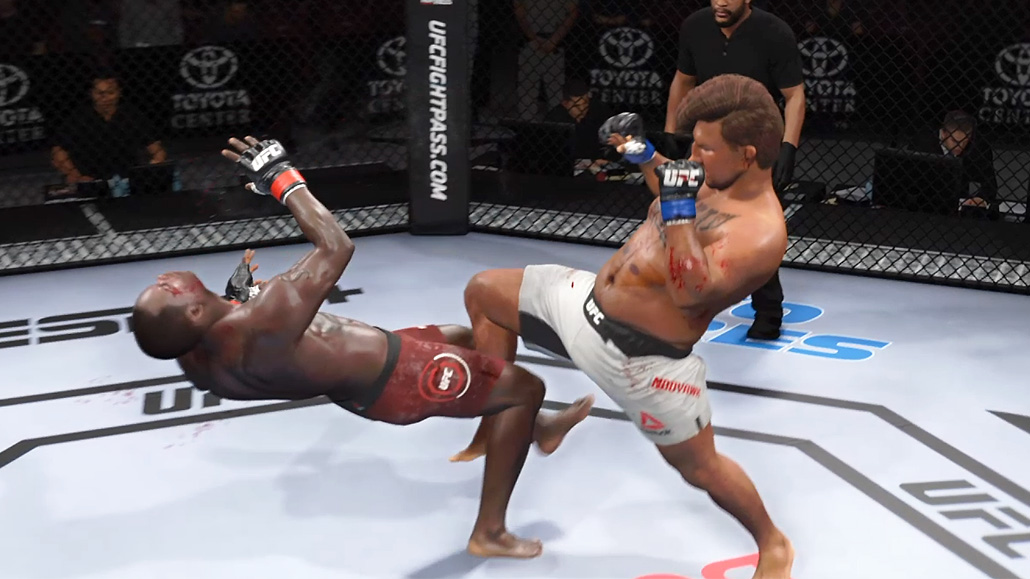 The four face buttons are your right and left punches and kicks, and they can be modified by combining them with the shoulder buttons. This year, the concept of dynamic input is introduced, with different moves being delivered depending on whether you quickly tap a button combination or hold it down for a second. This eliminates the sometimes-complex Street-Fighter-esque inputs from past UFC games – you’ll never have to press more than three buttons at once to pull off a move. Clinch fighting has been significantly refined as well, and now feels like an extension of UFC 4’s striking game (as it should), rather than a separate minigame. Once you lock horns with an opponent, you’re free to muscle them around or try to escape with the left analog stick. With a small amount of practice, you’ll be having a blast destroying scrub fighters with big hooks, spin kicks, and clinch beatdowns, but eventually you’ll get the hang of nuances like head movement and proper spacing as you take on higher-level opponents. If this game were called EA Sports Kickboxing 21, I’d say its mechanics would be just about perfect, but of course, we can’t ignore UFC 4’s ground game.

In previous EA UFC games, the ground game could be rather challenging to come to grips with, as you needed to manually position yourself in order to grab submissions and ground-and-pound victories. Even though I know a fair amount about MMA, I often found myself overwhelmed in the heat of battle. Half-guard, full-guard, side control? Just jiggle the right analog stick and hope everything turns out for the best! Sometimes it felt like you actually needed to have trained in MMA to fully master the action. 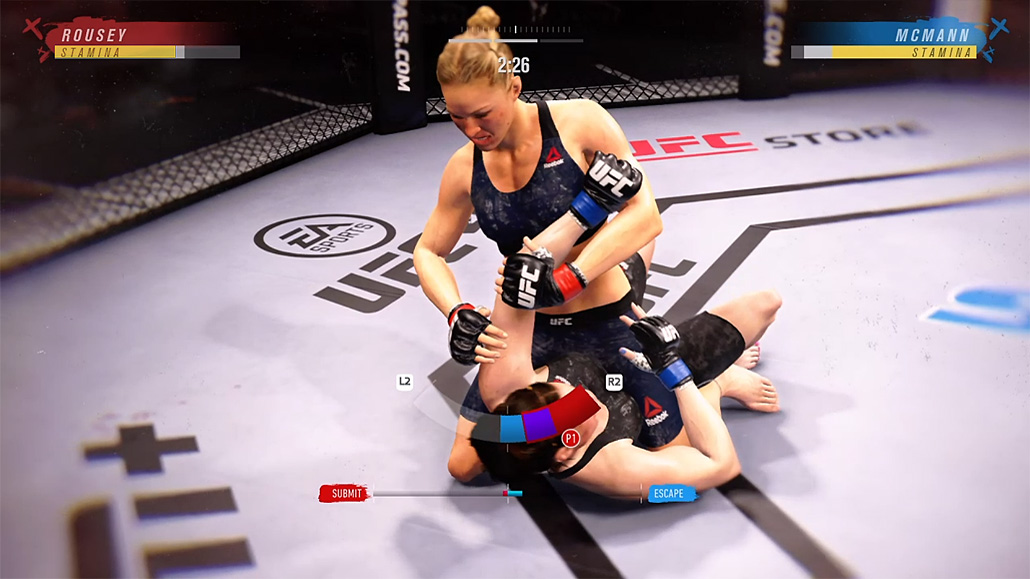 EA Sports UFC 4 introduces Grapple Assist, which allows you to simply chose Get Up, Ground and Pound, or Submission with the left analog stick when on the mat, with the game’s AI choosing the best transitions. Yes, it’s a major simplification, but it actually opens up the ground game to folks who would have ignored it in the past. Don’t worry, you can still opt for the old grappling controls, or better yet, choose the “Hybrid” option, which allows you manually choose your transitions with the right stick or fall back on Grapple Assist if you get overwhelmed. Revamped ground and pound mechanics and new simple, yet satisfying submission minigames also make finishing matches on the mat a lot easier. I admit, I mostly went for standing knockouts in previous UFC games, only going to the mat when an opponent forced the issue, but in UFC 4 I was scoring submission and GNP victories in more than half my matches. MMA was built on variety, and your route to victory feels open than ever in UFC 4. 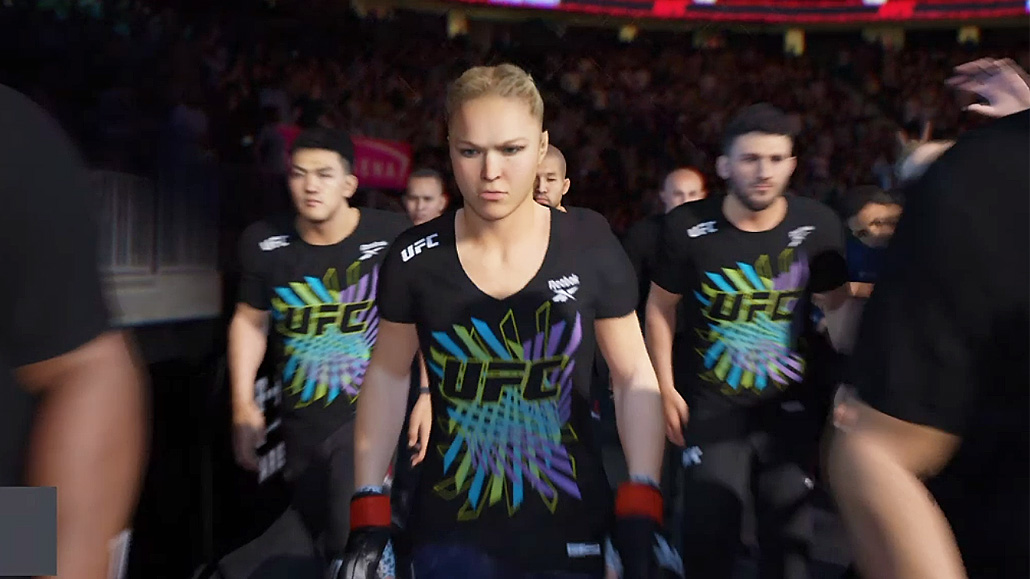 While UFC 4 plays better than ever, it doesn’t necessarily look much nicer than 2018’s game. That isn’t such a terrible thing, as UFC 3 wasn’t an ugly game by any means, but I hope EA’s next UFC game really takes the detail to the next level. I want to really see flesh realistically rippling, ears exploding in gruesome detail, and next-gen ragdoll physics when a solid liver kick connects.

Slightly stale visuals aside, EA Sports UFC 4 mostly gets it right from bell to bell, but unfortunately, the game just doesn’t provide enough outlets for your aggression. Career mode provides a solid intro to UFC 4’s mechanics and smartly emphasizes how important pre-fight training is to MMA success. Before each fight, you’re given several virtual weeks to prepare, during which you can spar, watch tape on your opponent, learn new moves from other fighters, and engage in PR stunts and petty Twitter feuds. Your character grows and develops based on what kind of sparring sessions you choose to engage in and the moves you unleash during fights, allowing you to craft your fighter in an organic way. By the time you win your first UFC title, your guy or girl really feels like true reflection of your in-ring style. That said, while there is a certain amount of depth to Career mode, it does start to feel like a grind after a while. Don’t expect much in the way of big twists or fancy cutscenes – you train, you fight, and that’s about it. There also isn’t much to do once you’ve won the title in your respective division. Sure, you can pursue “GOAT” status, but that’s just a dry exercise in ticking achievements off a checklist. 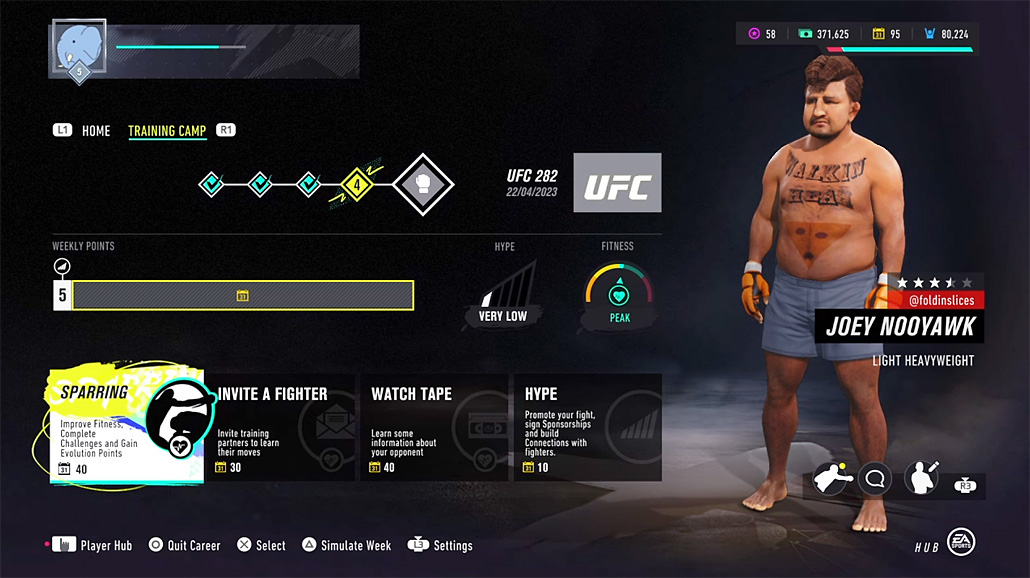 Outside of Career mode, there’s not much for a lone player to do. There’s no cinematic story mode or a “Be the GM” option for wannabe Dana Whites. Shockingly, even Ultimate Team has been chopped, which I won’t exactly mourn, but it hasn’t been replaced with anything significant. There are some quirky new arcade modes, including Stand & Bang, which lets you engage in a dirty, no-ground-stuff brawl in some guy’s backyard, and Knockout Mode, that goes full fighting game with a stage, sound effects, and life bars directly inspired by Mortal Kombat. Both modes are fun enough, but the novelty wears off fast. 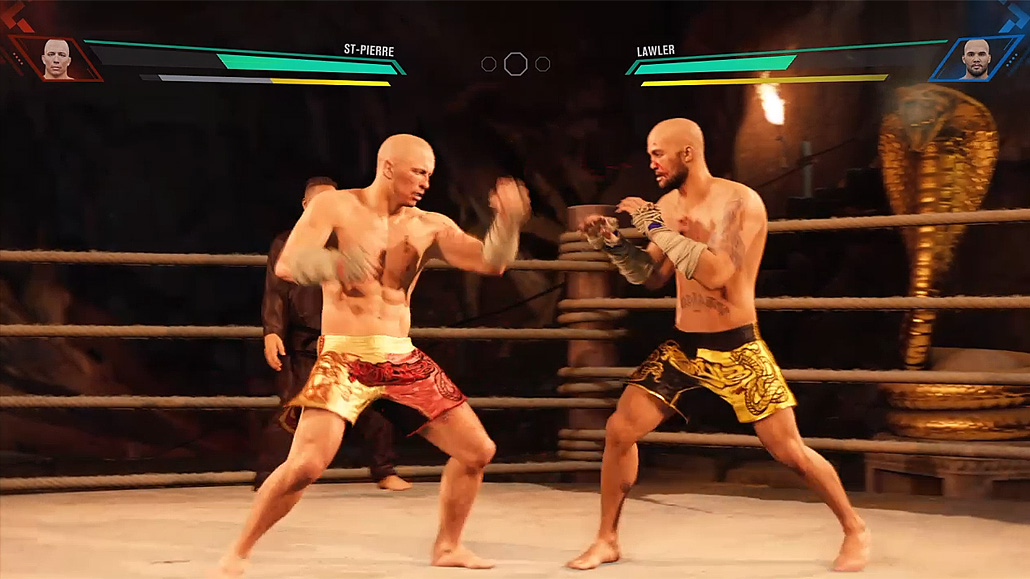 Those who play EA Sports UFC 4 for longer than a couple weekends will likely focus on competing online with custom characters. The Create-a-Fighter suite is fairly robust, allowing you to create some memorable monstrosities, although way too many options are locked away to start. Granted, you can technically unlock everything in game, but it’s a serious grind as EA would very much like you to shell out for some Octagon Buckz (or whatever this game’s premium currency is called). Online modes are limited – this year’s big addition are Blitz Battles, which toss players into short bouts with unpredictable rulesets. This mode is fun enough, but beyond it, basic ranked and quick play matches are all you get. No online leagues. No special events. Unless you’re absolutely head-over-heels in love with UFC 4’s combat, you may find yourself hanging up your gloves sooner than you think.

This review was based on a PS4 copy of EA Sports UFC 4 provided by publisher EA. You can grab a copy of the game from GameStop.

EA Sports UFC 4 is obviously made by people with a true love and respect for MMA, but it’s also pretty clear they didn’t have a ton of resources to work with. The action is better than ever, but the flash and depth you expect from an EA Sports title is MIA. This year’s UFC game comes out of its corner hot and provides a few exciting moments, but doesn’t quite have what it takes to go the distance.