PC (out now), Xbox One and PlayStation 4 (later this year)

Draugen is something of a misdirection. Its early trailer way back in 2014 was filled with bleak landscapes, oppressively dark imagery and a sense of that horror that would lay out before you. But when you arrive at the fjords yourself, they are beautiful, tranquil, and mysterious.

You will be immediately blown away by the beauty of Draugen. Beginning on a small rowboat, the world feels incredible from the beginning. From the sunlight to the ominous looming cliffs and cold water that it dances over, the water seems alive, and ever so slightly tense. Even the quaint houses and sheds of the hamlet are just pretty to look at. As you arrive at the tiny town you’re here to explore (and find it completely abandoned), that tiny creeping dread begins to grow ever so slowly. Even the music feels almost safe, while constantly reminding you of the incredible isolation that surrounds you.

Draugen is probably one of the best examples of folk horror wrapped into video game format. There's a sense of unwelcoming, supernatural tension that stems directly from nature itself. The barren town is creepy, but the mystery surrounding its emptiness is what worries you the most. That being said, Draugen is not what I would call a horror game. While the atmosphere throughout is intensely creepy, the heart and soul of the game is the central characters, their relationship and the demons from their past. A Draugen, as Norse fans are no doubt aware of, is an undead monster known as an again-walker. A creature of the past risen once again to attack the living, and it's the perfect title for this mystery adventure.

You play as Edward, a man that came to this forgotten part of the world in order to find his missing sister, a journalist who has vanished on her way here. You’ve come with a companion, the young woman Lissie, and the game revolves around discovering the mysteries of this town, and its abandoned mine, and what that has to do with your sister. It is a remarkably gripping adventure, with the tension really keeping a grip all the way through. The pacing works wonders to keep you interested, making twists and turns into perfect moments in the story to reinvigorate your investigation.

While some might call this a walking simulator, there are several factors that make it stand out against the likes of Gone Home, What Remains of Edith Finch and others cut from a similar cloth. For one your companion is a dynamic, moving character. Much more excitable than Edward, Lissie will run head, interact with the world and move throughout. Not only does this breath some life in a genre that is normally best depicted in stills, but it also adds to the otherworldly stillness of the town. And with Lissie comes most of the dialogue and conversations, you discuss theories and memories with her in a way that makes the character of Edward feel alive. You can understand his motives and his reasoning, even if you don’t always agree with him.

Although Draugen will only take you a handful hours to complete even if you’re taking your sweet time with it, the game itself takes place over several terribly quiet days. This lets you really get to know the town. The game will give you a map, but by the end you’ll know which way you’re going. Sometimes in the early hours, it can be a little tricky to work out what you’re meant to do, especially if you’ve spotted where you think you’ll end up. But it’s so pretty you won’t mind wandering around for a solution, and you’ll nearly always find it.

Draugen isn’t perfect, though, and one big factor that stops me from overwhelmingly recommending this game is towards the end of the story. Like so many other games, Draugen tangles mental health and the supernatural together in a way that occasionally comes across as lazy and thoughtless. While the story is good and the mystery is well worth diving into, those latter moments (that I won’t spoil here, of a course) felt a little bit weak compared to the rest of the character building. Of course, Draugen is far from the only game to marry the two together, but it is a trope that we probably don’t need to see much these days.

Outside of that, there isn’t that much more to say. With no combat featured in the title you won’t be battling the hordes of the Norse undead, nor will you have to complete any detective puzzles to progress further into the story. You are instead taken on a ride, and all you can do is control the speed. It's a spooky ride for sure, with plenty of little things that will prickle at the back your neck as you go, but you’re safe in it. This is only a story, after all, one that you are telling yourself.

Review code provided by the publisher. You can purchase the game on Steam or GOG.com. 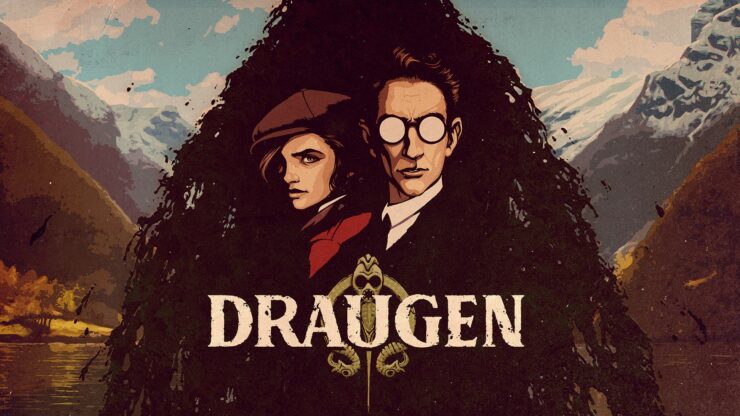 Draugen is an enthralling series of mysteries wrapped in a beautiful, haunting landscape. Although some of the game might leave you stumbling around or questioning its direction, it's hard not to play it to the end to find out what happened.