I tried to count how many Warriors games I’ve played in the last couple of years but, honestly, I’m losing track. I have absolutely no idea how Omega Force is seemingly pumping out Warriors and Warriors spin off titles with such gusto – and even more surprisingly – the game still are not bad at all. What’s possibly even more shocking than that, is that with Dragon Quest Heroes Omega Force have actually changed up the Warriors formula pretty massively. 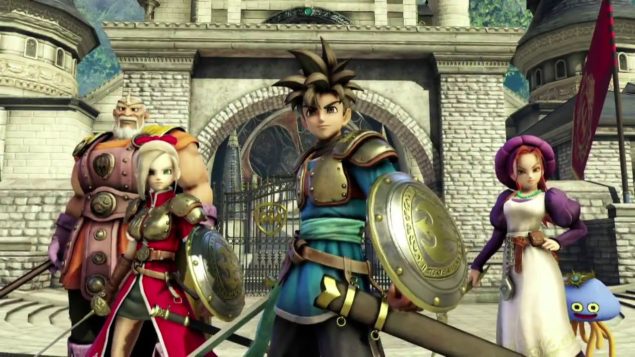 Luckily where Dragon Quest Heroes shines is with a battle system that totally isn’t the generic Warriors two-button mashathon that we’re so accustomed to at this point. Instead of the “You VS An Army” gameplay of other Warriors games, you are now given a genuine party that you can switch between, genuine health bars that you’ll have to keep an eye on and genuine magic meters to limit your usage of spells – yes, there are spells. Genuine spells. Talk about throwing Warriors conventions out of the window!

The aim of most of the levels is to defend a character or a point on the map from monster hordes, or just wipe the monsters clean off the map. The battling is mostly comprised of the same two buttons everyone who has played a Warriors game will be familiar with, with button combos creating spells and special attacks that can wipe out large groups of weaker enemies with relative ease.

To add some strategy to the game a nice monster-summoning element has been added, allowing you to collect monster coins during battle that you can either summon to fight by your side or simply use as a one-time attack. When defending characters or points on the map this means you can summon, say, a Golem to stand guard, or to slow down enemy monsters by placing your own monsters on a narrow path ready to meet their blades. This made certain situations much easier and less stressful, particularly missions where I was required to defend a point - but, on the other hand, when I had placed a monster I could not re-place them elsewhere, meaning the Golem I left defending a now defunct point has to be decommissioned from battle entirely so I can summon other monsters elsewhere. A minor gripe, to be sure, as this element of battle is probably one of my favorites. 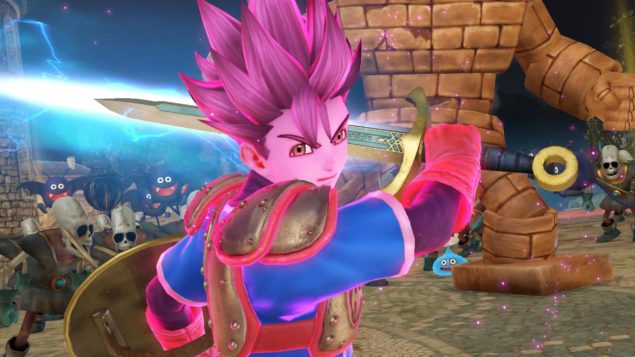 Things get much more interesting when you start meeting boss creatures, such as dragons, where you will have to be much more mindful of how you dodge and attack. Dragons are a great example, and dodging fire breath while attacking the head and tail is plenty of fun, whereas Giants, whom you will likely be firing spell cannons at, are less fun and feel more like a slog where you’re not so much attacking a threatening enemy and more attacking a large health bar over and over again. To say it gets repetitive in these situations is a bit of an understatement.

What I really like about Dragon Quest Heroes is the ability to switch between genuinely interesting characters – I quickly found the starting cast to be a bit boring to play as, but the story quickly introduces you to brand new characters with much faster and more explosive ways to wipe through enemies.

As a person whose experience with the Dragon Quest series only stretches as far as “I played a few of the games for a few hours” I’m pleasantly surprised with just how much there is to enjoy here. And, very much unlike other Warriors games, there are elements that really showcase Dragon Quest’s JRPG origins. All the characters have equipment to buy and upgrade, adding to their defense, magic meter, attack stats and more. You can even create and equip accessories while in your main base using materials you’ll pick up whilst wiping out the waves of enemies.

What’s possibly most surprising about Dragon Quest Heroes is that the meld of JRPG elements and Warriors gameplay actually works far better than I would’ve expected. Sure, there are times in battle where it feels very obvious that you’re playing a Warriors games, but when aboard the Stonecloud, a massive airship that becomes your base of operations, the game suddenly has the unmistakable vibe of a Dragon Quest town or village. It’s here where it becomes obvious that Dragon Quest hasn’t just been slapped into a Musou button bashing marathon, instead it has very much becomes its own unique game. 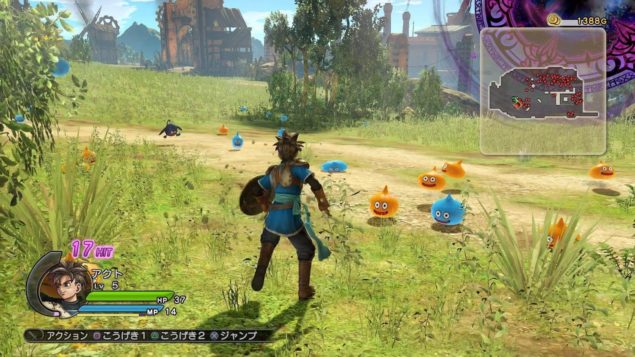 It’s a shame, then, that the game isn’t amazing. Despite high production values, really lovely graphics and fun gameplay Dragon Quest Heroes gets repetitive very, very quickly. Everything looks and feels silky smooth (aside from the frame rate whilst aboard the Stonecloud) and yet despite this it’s difficult to want to go back. There are quests left on the map, areas to explore, maps which open up further areas, and yet, I just don’t want to have to do them. I don’t want to have to hunt down another group of Slimes hidden in the tall grass, or another armored monster with a big shield.

Warriors games may be repetitive, with you defeating the same enemies on the same maps, but there’s always a feel of progression, like each base you capture during each 20-minute stage feels like a big move towards your goal. Dragon Quest Heroes’ smaller stages and simpler victory conditions just feel trivial and boring after so much sword slashing.

Despite how much I really do like the atmosphere of the game, the graphics, the beautiful music, even the characters, the gameplay is just too simple and boring for me to truly recommend Dragon Quest Heroes to anyone that wants a more substantial game.