After eight years of bringing their beloved characters to the big screen, Marvel's tried and tested movie formula has started to wear a bit thin. Ever since striking blockbuster gold with 2008’s enjoyable Iron Man, the comic book giant has released a new film every year, stubbornly sticking to that original winning blueprint. Yet with audiences now having spent the best part of a decade watching heroes chase macguffins and level cities, what was once fresh now feels dated. Thankfully, after watching Doctor Strange it seems there's still a bit of creativity left at Marvel HQ after all.

Like the refreshing Ant-Man and Guardians Of The Galaxy before it, Doctor Strange is the rarest of Marvel films - one that dares to deviate from the template. Moving away from the more grounded aspects of Marvel’s creations, director Scott Derrickson opts to embrace the fantastical. Taking what he learned from his work on the Sinister franchise, Derrickson steers Marvel’s Cinematic Universe into welcomely weird territory. This is a gamble which largely pays off, resulting in a visually exciting and tonally refreshing tale.  It’s a shame then that he doesn't take  Strange’s eccentricities quite far enough to stop some of Marvel’s age old problems from rearing their ugly head.

Things start promisingly, with Doctor Strange defying our expectations right off the bat. In only fifteen minutes director Derrickson does the unthinkable, he introduces us to a new hero that's completely and utterly unlikeable. A highly renowned neurosurgeon with a dodgy accent, Doctor Steven Strange spends most of his time belittling those around him, rejecting those who care about him and refusing to save patients who he deems unworthy. While Tony Stark’s narcissism was softened by Downey JR’s quick-witted charm, Cumberbatch’s chilling delivery leaves no room for such warmth. Initially at least, Steven Strange is definitely not a character you want to be rooting for.

High on his own ego, Strange soon finds himself the victim of a terrible car crash, destroying his hands and with them - his livelihood. Suddenly stuck without a purpose and finding no cures within traditional medicine, a desperate Strange heads to Nepal to seek out more experimental treatments. 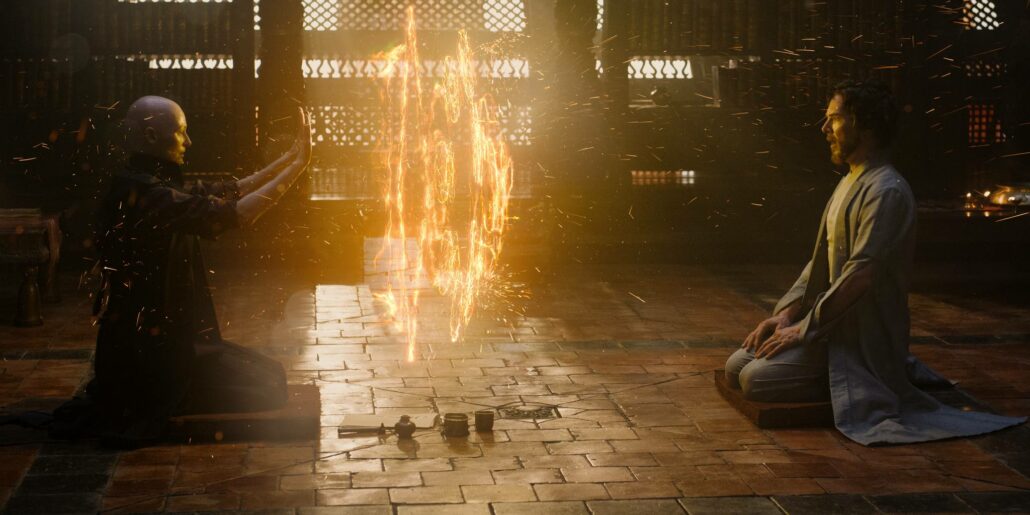 It’s at this point that the film takes a turn from the dark to the mystical. As Strange attempts to learn how to heal himself, he puts aside his cynicism and begins studying inter-dimensional magic. Embracing this sense of the fantastical, Derrickson uses some genuinely breathtaking special effects to bend and distort the world around Strange. This creative use of CG results in action scenes which feel genuinely exciting and unpredictable. Interestingly,Doctor Strange also takes a turn for the psychedelic early on, sending audiences on a mesmerizing journey which is arguably one of cinema's trippiest sequences.

It’s this unique visual style that elevates the film beyond the normal superhero fare, as its highly stylized CG immerses you in Marvel's mystical world. Doing away with the explosions and energy beams you expect, Doctor Strange instead delivers brilliant, Inception-inspired warping of environments, transforming bustling cities into billion dollar kaleidoscopes. Thanks to the great effects and some solid performances from Tilda Swinton and Cumberbatch, the movie's first half is a refreshing and genuinely exciting ride. Unfortunately, some tedious action sequences and dull characters prevent Doctor Strange from entirely rising above the usual Marvel traps.

Like most Marvel films, Doctor Strange has its fair share of one-dimensional supporting characters, but unfortunately the worst offender here is the film's villain. Played by Mads Mikkelsen, Kaecilius is as cookie cutter as they come, sporting motivations so flimsy you can’t help but wonder what Mikkelsen saw in the role. With Strange’s main nemesis underwhelming, so do the fight scenes which take place in more traditional environments. With these indoor battles often lacking that inter-dimensional quality,  they quickly grow tiresome without a charismatic villain. 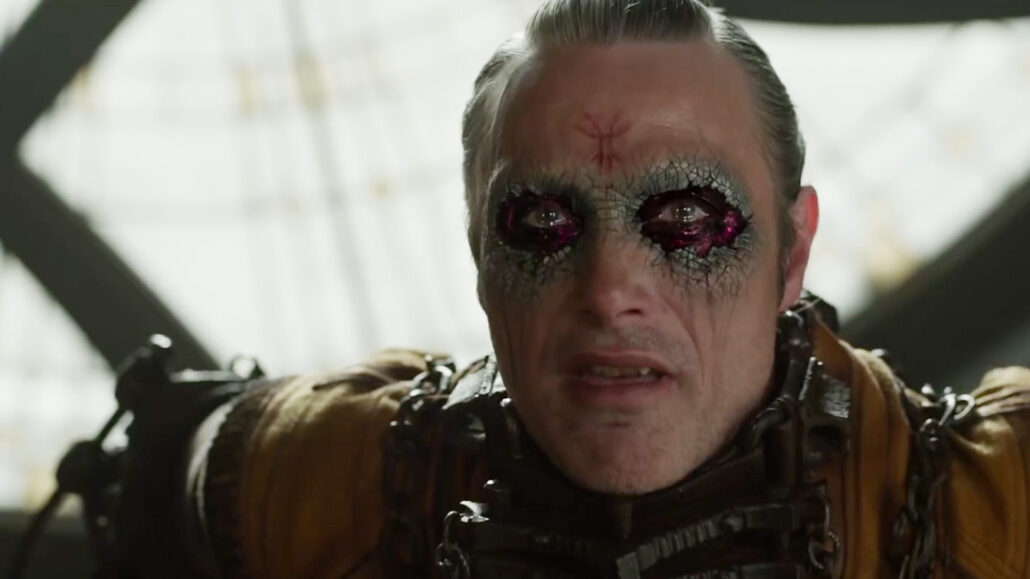 It’s not just Mads letting the side down, however. Chiwetel Ejiofor's one dimensional Mordo for example, seemingly only exists to spout useful facts and to help pad out fight scenes. Rachel Mcadam's Christine fares a little better, but her initial character arc seems to be swiftly and conveniently forgotten to keep up with the film's pace. Much of the humor here too, grates. While there are some great visual gags throughout, several pop culture references and awkward asides feel  forced, as though merely shoehorned in to keep up a ‘quirky’ Marvel quota.

Still, while it still bears the curse of Marvel’s tedious final act and a few poor characters, this is largely an enjoyable ride. Thanks to some creative use of CG and a few strong performances, Doctor Strange is a movie which surprises and delights, even if it can't quite escape the shackles of Marvel's cinematic formula.

Doctor Strange's interesting cg and brilliant opening make it a cut above the usual Marvel origin fare. Some poor characters and a dull finale however, keep it from greatness. Entertaining, but not essential.