Live-action games are a style of game that doesn't receive much recognition in this day and age. Aside from the surprisingly large amount of FMV titles that first appeared on disc-based consoles as a form of advanced technology, you don't hear about too many of them in this day and age that aren't developed by Wales Interactive. Nevertheless, this was a new medium that Danganronpa creator Kazutaka Kodaka wanted to explore with his team at Too Kyo Games and production by IzanagiGames' CEO Shinsuke Umeda. That culmination of talent has resulted in Death Come True, an interactive murder thriller played out entirely with real actors. 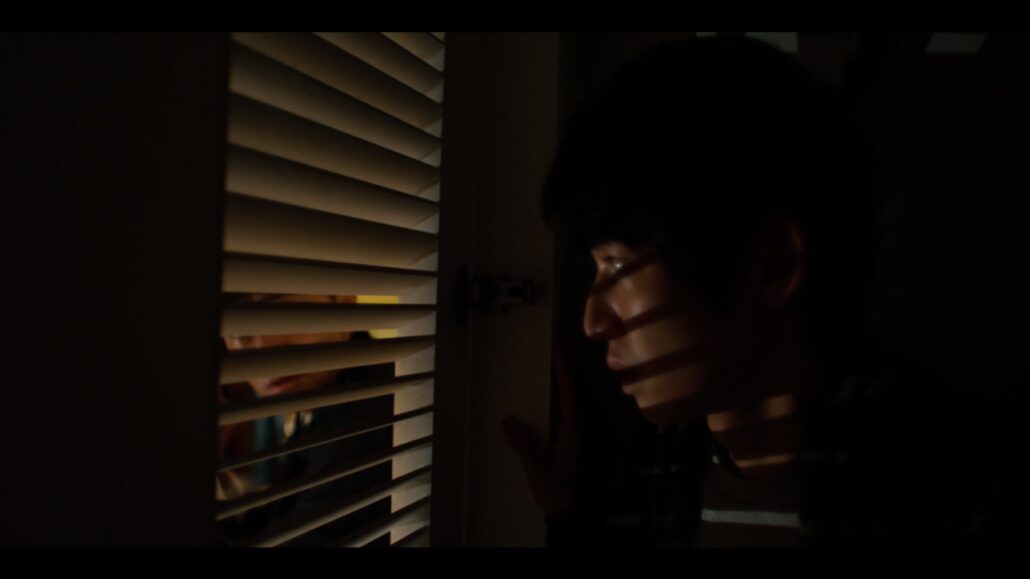 Death Come True starts off with players guiding around a suspected serial killer known as Makoto Karaki. As is typical for many a good murder mystery, he wakes up to find himself in a hotel room he has no recollection of staying in and a head full of missing memories and jumbled visions of the past. To make matters worse, there's a woman tied up in his bathroom and a police officer at the door. It's quite the cold open and starts off the tale with no further introductions necessary.

Throughout this live-action adventure, players guide Makoto through a number of life-ending sequences in a constantly looping narrative. Answering the door and inviting the policeman into the hotel room will result in the officer finding the hostage and subsequently shooting Makoto as he tries to escape. For the first loop, this is the only choice that the player can make and starts off as the foundation for how Death Come True plays out. The second choice that the player can make is to simply hide out in his closet while the officer comes in to survey the room and discover the hostage situation. At this point, the player can choose to continue hiding as his hostage is rescued or bust out to steal her away from her captive's captor. One choice leads to yet another sudden death for the player while the other continues the story on for another few minutes. It's this loop of dying and retrying that creates the core of Death Come True's gameplay. As you're watching this mystery movie play out, key choices will appear that force the player to action. These choices are immediately apparent and more often than not lead to Makoto's sudden demise. This is certainly a different take on modern FMV titles like Netflix's Black Mirror: Bandersnatch where choices have rippling effects much later on in the story. Death Come True is honest with its choice making and the story only gets more intense as the minutes tick by.

Death Come True wouldn't be as convincing in its storytelling without a strong cast of Japanese actors. It's a smaller cast than I've seen in other titles but each character brings a passionate sense of acting to the table. From widely known Japanese actors such as Yuki Kaji (Eren Jaeger from the Attack on Titan series) and Jiro Sato (Buddha from Yuusha Yoshihiko and many other Japanese comedies) to Chihiro Yamamoto, known for her prolific Tokusatsu roles, the cast is filled with actors and actresses you might have seen not only in Japanese cinema but Western film as well. Some of the cast only appear briefly in Death Come True but they do leave a lasting effect on the story. A full playthrough of Death Come True only lasts for close to three hours but in that small span of time, you're able to enjoy a complete story penned from the mind of Kazutaka Kodaka in a single afternoon. While the gameplay is not unique to the genre of modern full-motion video games, it still keeps the player engaged enough to want to continue after the credits roll. That's good, because immediately after I finished Death Come True for the first time, I immediately jumped right back in to find what other deaths could come to Makoto Karaki and perhaps see a little bit more of the story at play.

Seeking death does have its own reward in Death Come True. Each untimely demise that the player succumbs to is recorded and rewarded in the form of Death Medals. These collectibles will unlock extra features in the main menu as brief vignettes on the ingame DeathTube. These easter eggs make up what would be bonuses on a standard Blu-ray: behind the scenes and making of footage as well as a series of brief news clips of Jiro Sato's character presenting news stories. While Death Come True's main story features subtitles in ten different languages, all of this extra content is unfortunately not subtitled for English-speaking audiences. Unless you have a fluency in interpreting and speaking Japanese, much of this bonus content will be lost on players unless they just want to get a deeper look at how Death Come True's creation at the helm of Too Kyo and IzanagiGames.

For the price of a movie ticket and large popcorn, I got just as much enjoyment from Death Come True as I would have watching a mystery at the cinema (once they reopen safely, of course). Kazutaka Kodaka's latest story doesn't last much longer than your average film and being able to put the pieces of the story together yourself through direct gameplay choices has had a much more profound effect on my understanding and enjoyment of Death Come True than simply watching it played out on screen.

Too Kyo Games' first foray into live-action video feels like a successful first dip into a new medium of storytelling and I was honored to be able to take part in trying out this new experience. Death Come True might not push the boundaries for FMV games but it does prove that Kodaka's eccentric scenarios don't always have to be a 20-hour adventure to be fully explored.

Reviewed on iPad 7th Generation (code provided by the publisher).

Death Come True is a playable movie at its core, but the writing and signature Kodaka-isms shine true in this brief FMV adventure.