Being British, there’s always something distinctly homely about a piece of media set in the British Isles (let’s forget about that whole Brexit debacle for a moment, eh?). The accents, the sense of humour and the pacing all just scream “home.” And that’s the vibe I get from Deadbeat Heroes, a game coming from former Lionhead developers. It’s a wacky, fun brawler, but despite the accent it welcomes me with, I couldn’t quite let the rest of the game into my heart.

Deadbeat Heroes is essentially a spy crime caper, mixed with a healthy blend of comic book superheroes, finished with a dash of low-poly stylisation and beat ‘em up mechanics. Think Kingsman meets Gotham City Imposters, I suppose. You play as one of the central cast - whomever you prefer, you can switch between characters as they unlock - and must defeat the somewhat pitiful, and pun-ridden cast of villains. 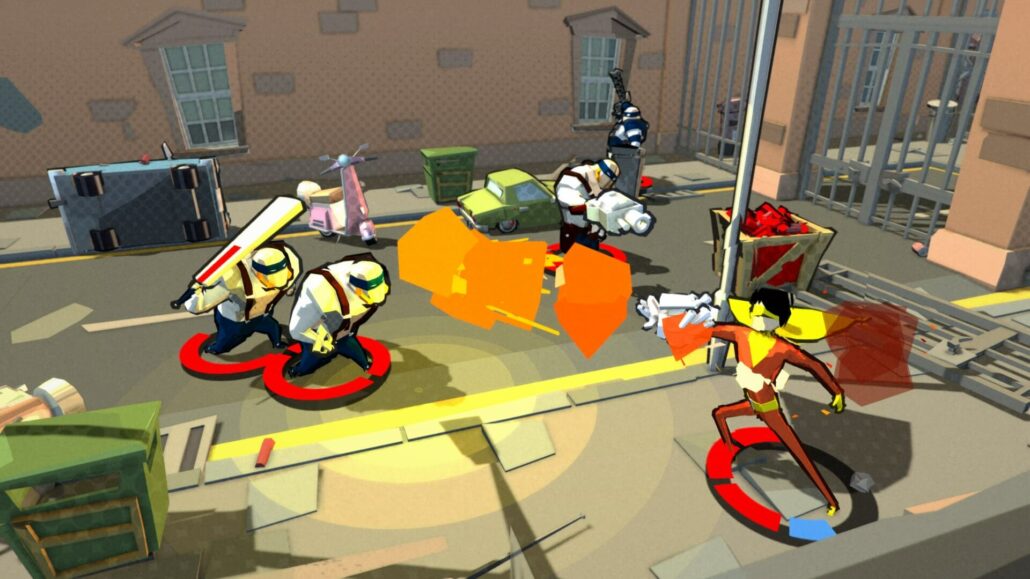 If you want to get an idea of the sense of humor in Deadbeat Heroes, then know this; there’s a villain called Big Ben, and once you’ve defeated him, they remark; “Big Ben has gone silent.” Properly British, and properly deserving of facepalming through half of them.

In Deadbeat Heroes you’ll be going through linear combat chambers essentially, one after the other, taking out waves of enemies in each before moving on. Here’s how it’ll go; you’ll enter a room, run up to any innocent civilians to “save” them in exchange for some cash, and then proceed to beat down an army of enemies who’ll swing for you and shoot bullets.

Combat is the main gameplay here, and combat is pretty darn fun. Your basic attack will send enemies flying and bouncing off walls, and you’ll be able to catch enemies after they bounce, hitting them once again. The way enemies arc through the air is predictable, allowing you to get into position well in advance, and then combo them off the walls. 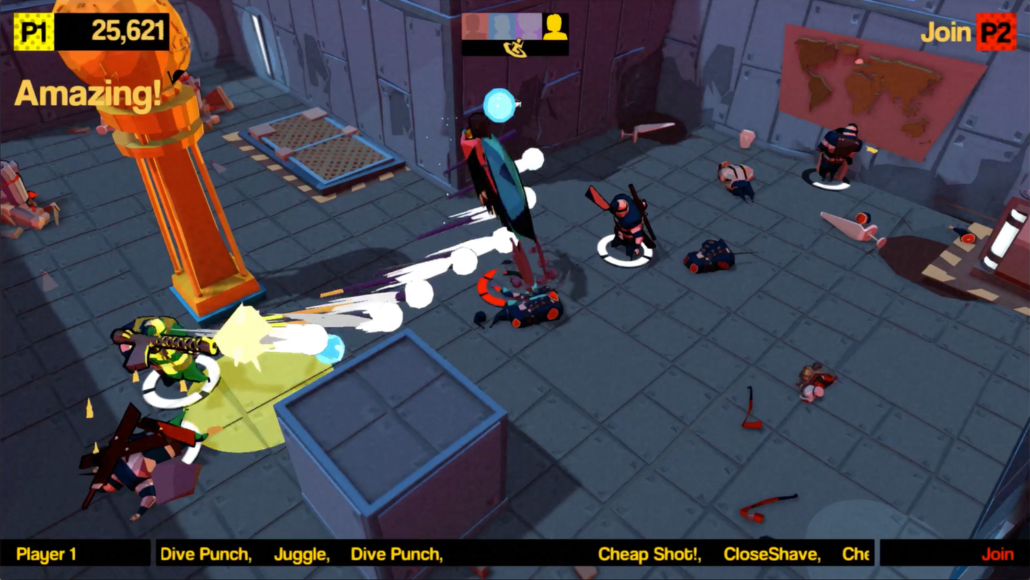 Your combo potential is only increased as time goes on, with a simple dodge dash and attack set up quickly becoming a series of wall runs, uppercuts, diving attacks and more. Couple all of those with special abilities you can gain from certain enemies; freezing opponents or putting up shields, for example, and you’ve got a fair amount of creativity in a combo system that can last for hours.

But all of that creativity gets old pretty fast. The fact is, Deadbeat Heroes’ abilities and new characters can’t hide the fact that you’re still playing, essentially, the same level over and over. Environments might change and enemies might have more explosives or whatever, but it’s still essentially the same challenge, especially when you’re comboing enemies so they can’t hit you anyway. 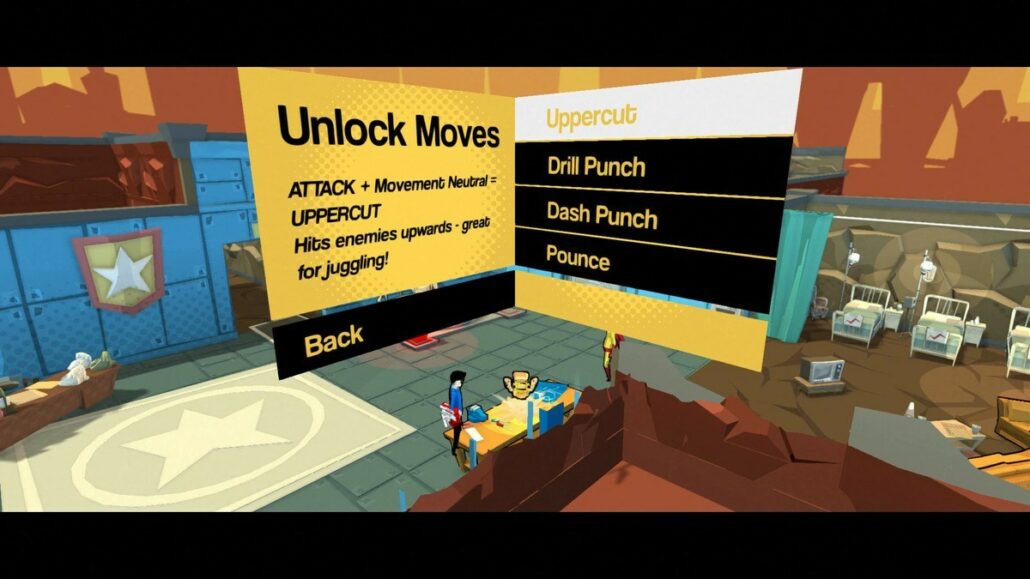 But by far what frustrated me the most with Deadbeat Heroes is the fact that one of the best features of the game, two player local co-op, could work an awful lot better. In two player, the camera pans way out, to the point where it can be difficult to see where your characters are, even on a big TV. On a computer monitor shared between two, I can’t imagine how difficult it might end up being. Add to that the fact that your co-op partner can juggle you. Not do damage, but juggle you. Deadbeat Heroes’ low polygon count and big, bright cel-shaded effects can sometimes make it difficult to see where your character is in the big mess that is the combat zone, and unfortunately, a second character only makes the chaos worse. A shame, as local co-op in games is hard to find these days, and while this works perfectly, it’s not the best implementation. Large stages make it hard to see your character, and small stages make it too easy to mess up your friend’s game plan. With just a few tweaks; making co-op partners unable to hit one another, and perhaps more health given to enemies when playing in co-op could make it a much better experience.

That’s basically Deadbeat Heroes. It’s a brawler which you can play with a friend and has British humor. It’s good, it’s a fun game, but it’s so pedestrian and just a bit boring. While playing with friends any experience is usually more fun, but here, I’m not sure it was. Actually, I’m not sure Deadbeat Heroes was exactly an amazing amount of fun, to begin with. There’s not too much to complain about, but Deadbeat Heroes is just incredibly average. Not bad, just not great.

Deadbeat Heroes is a fun co-op beat ‘em up with a lot going for it and a strong sense of style, as well as a sense of humor. While it’s not the best brawler I’ve played lately, I believe that with some refinements, a sequel could be fantastic.