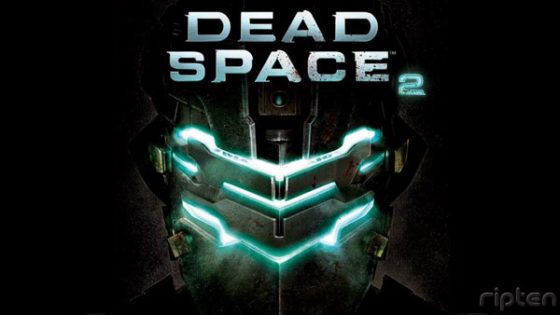 In 2008 EA and Visceral games teamed up to make Dead Space, although the game may not have had a good start by being based off a game in the 90’s or early 2000’s it came out with great reviews from all major gaming sites, and the ending of the game was spectacular and left a window open for Dead Space 2. 3 Years later EA and Visceral put us in the engineering suit of Issac Clarke yet again but this time with a much larger environment to play with.

Dead Space soon became famous for it’s story so famous that EA made spin off movies and games and even graphic novels to help fans catch up to the story of the Dead Space universe, Dead Space Extraction and Downfall are both prequels to the first Dead Space, while the recently released Aftermath and Ignition were prequels to Dead Space 2.

If you haven’t played the first Dead Space I highly recommend you play it, the story really helps you out in figuring out what’s going on around you. The game begins where Dead Space: Ignition ends with Franco waking up a sedated Issac from stasis in the psych ward of the Sprawl, a space station orbiting one of Saturn’s Moons. Issac starts off in a straight jacket and of course weaponless for the first 20 minutes of the game or so.

Issac soon gets caught up to the events happening around him, turns out that the marker is still alive and kicking and that its causing another necromorph outbreak in the sprawl and it’s upto Issac to destroy the marker yet again. Along the way you meet many people but no familiar faces (except for one character). There are plenty of twists and turns along the way which will really catch you off guard at times and will help get you more immersed in the story of the game and what keeps you on the edge of your seat.

Unlike the last game the story is better explained and you find out more about the world of Dead Space than ever before. The dialogues are direction of the story is well planned out and you never know what to expect next, the game is a huge thrill ride almost as if it were a movie.

The game feels more like a Michael Bay movie, there are constant explosions happening and plenty of action scenes to keep you on your toes for the next big event. Issac will do just about everything in this game which he never did in the last game such the infamous Halo Jump shown in the gamescom trailer and the Halo Jump is only one of many other interesting events you can make use of Issac in the game. There will be plenty of action for Issac to experience and each scene really helps add the suspense factor to the game.

There are plenty of new necromorphs in the game to help make it more challenging, the pack for instance attack like wolves (they are toddlers) they come at you in packs of 4 or 5 at once, the stalkers are these REALLY ANNOYING necromorphs who run towards you at a very fast speed and can knock you down and the new addition are tripod’s and tormentors; the tripods are those creatures from the PS3 / 360 demo (the one you fight in the church) and the tormentor is the big brute like thing at the end of the demo. Although you don’t fight these things much the scenes when you do have to fight these guys are pretty easy and they go down in a few hits with the right placed shots.

Another neat bonus to the game is the fact that Issac is now able to talk, in the first game his only words were "UGH" and stomping but in this game he plays a more active role in talking and at times he even acts like a smart ass.

In Dead Space you are on board the Ishimura, one of the largest planet crackers built. While it was large the game had you revisit old locations many times through out the early chapters more than once but in Dead Space 2 this is rare, you will hardly revisit old locations and you will instead find your self exploring more of the Sprawl, the Sprawl is an enormous space station with many places to explore but that exploration is limited due to the linear story line of the game but you will occasionally come across the unlocked door off your objective path which will give you bonus credits or a power node. Otherwise your exploration abilities are very limited in the sense that 8/10 doors will always be locked no matter where you go and sometimes you have to think out of the box to find hidden areas.

The graphics are ABSOLUTELY stunning! The PS3 version runs on 1080i native resolution which is a huge improvement over the 720p native resolution of the first game. The texture details of the environment, characters, weapons, fire and even doors look much better the game uses some of the best closed lighting effects I have ever seen, of course I can’t compare the lighting effects to a game like Crysis where the sun shines God rays between two palm trees but the dynamic lighting is some of the best I have ever seen in a while in a game.

The sound has been immensely improved and the new sounds of necromorphs crawling in vents near you will definitely keep you aim moving for the most part of the game even though they aren’t supposed to come at you for a long time. There are certain parts where the sound can really scare the hell out of players one second you could be in pin drop silence and then all of a sudden you hear shrieking coming from all around you and you don’t even know where the necromorphs might be coming from and you just panic to the best hiding spot you can find until they come to you. Believe me if you have a surround sound system I highly recommend that you either keep the volume low or loud depending on whether you’re a hardcore or a softcore gamer and whether you want the horror part of Dead Space 2, cause I can guarantee there will be parts in this game where you WILL jump or scream from the sound alone. EA and Visceral have outdone themselves with the sound design of this game and definitely help deliver a much more fulfilling horror experience in this game.

Coming to gameplay I can honestly say that there are some new and old changes; first off you can now regenerate your Stasis (albeit it does take a HUGE AMOUNT of time but when you get the advanced suit the charge time is significantly reduced) you can also control Issac more freely in Zero-G environments, in the previous games Issac had to AIM + TRIANGLE his way from point A to point B but this time with the tap of the L3 joystick Issac can fly freely in the environment, but this does come at a hefty price in terms of longer puzzles and avoiding deadly insta kills trap while you are in Zero-G. Another new and awesome feature is the addition of impaling enemies using stasis, you can pick up a slicers sharp arm and use it against another necromorph and pin him to a wall, and another neat feature which I should mention is that you can now shoot windows to suck enemies out into space but unless you shoot the blinking red arrow above the door you will see a painful death sequence of Issac getting crushed by the door.

Another great feature the game has thrown in is New Game + (NG+ for short) where all your items from your previous playthrough carry on to any difficulty except hard core mode. So if you beat the game 2 times on casual you can jump to Zealot which is the hardest difficulty setting with all your Casual playthrough weapons and suits. Hardcore mode is a challenging mode which only allows you to save 3 times in the game and no checkpoints, If you die you can only go back to a previous save.

Of course elements from the old game do come back, you can upgrade your weapons via the bench using power nodes, the same weapons from the first Dead Space return here and puzzle solving is more common this time around. But one of the newer puzzles (I don't really know if they are puzzles) is hacking panels to access locked doors, elevators and other such places the hacking mini game is easy but you come across it often through out the game.

All images are in 1080p, click on them once and you can see them in full size.

Dead Space 2 is a never ending roller coaster of chills, spills, plot twists and a FANTASTIC ENDING with a HUGE twist at the end. EA and Visceral have done an ABYSMAL job continuing the Dead Space universe story with Issac Clarke. The game is definitely worth the buy not only for the game play of the single player story which can last upto 8-9 hours (a single play through) but also for the multiplayer which plays out more like Left 4 Dead on the PC / XBOX 360.

There is definitely a lot of replay value because of the NG+ thrown in to the game you can breeze through Zealot with 2 runs of casual difficulty under your belt and the game has plenty of interesting trophies / achievements for you to unlock along the way. While the game is obviously a linear story line you can always expect the real replay value for when you wanna scare the crap out of friends by showing them the scary scenes of Dead Space 2 or simply replaying the awesome action scenes of the game to amaze them.

Dead Space 2 was one of the first games on my “to play” list of games to play in 2011 and so far I am very impressed with what I have seen and definitely can’t wait for future games / movies of this serious. 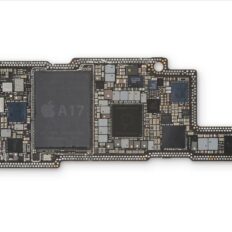 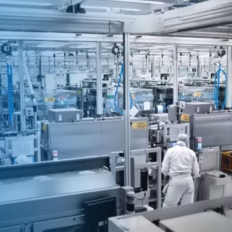 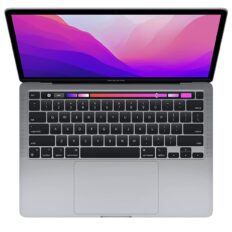 Save a Handful $150 on M2 MacBook Pro for Limited Time