The world created by H.P Lovecraft has influenced so many video games that it would be impossible to count them all and be brief at the same time. Forbidden, dark and esoteric knowledge is one of the central themes of Lovecraft's work, and most of the characters created by the author end up going insane in the pursuit of such knowledge. This is exactly what happens in Conarium: delving too deep into the dark may well lead to a fate that's worse than death.

Conarium stars Frank Gilman, a member of a team of scientists who are working in Antartica to further push the boundaries of knowledge. At an unspecified point during the expedition, the scientists discover evidence of an ancient race of cosmic beings that lived under the icy continent. Sadly, this is all that is known to the player at the beginning of the game, as Frank wakes up on a medical bed with no recollection of what has happened. Something did happen, however, as the mysterious pulsating machine in the room soon reveals. In order to find out what happened, Frank will have to explore not only the base, but also the outside, but the answers he will find are not those that one may want to find.

Conarium's setting and atmosphere are excellent from beginning to end. The base and its surroundings are extremely creepy, and the visual and sound design greatly enhances them. The story is also well told, even though it's pieced together mostly through all the documents scattered around. Those with knowledge of Lovecraft's work will enjoy the story more due to the many references to the world created by the author. Those who never read Lovecraft before will still enjoy the story, but may also feel a bit confused due to the game not really delving deeply into the Lovecraftian lore.

While Conarium looks like a simple walking simulator at first glance, the game plays more like a first-person adventure game, as players have to complete a variety of puzzles to proceed. Most puzzles are well crafted, involving players to press switches, find items and so on, while a few others feel a little random, forcing players to pretty much search the environment arbitrarily in search of the puzzle's solution. In terms of progression, the game has an interesting approach that's very close to the Metroidvania genre, as some areas become accessible only when completing specific puzzles. It's nothing major, but it's a nice touch that gives players a sense of progression outside of just learning more about what's going on.

Sadly, this is all there is to it to the Conarium gameplay experience. The game does very little to push the genre forward, playing it a little too safe. The experience is solid (save for some of the puzzles which don't make much logical sense), but if it weren't for the beautiful atmosphere and the Lovecraft themes, Conarium would be a rather anonymous game.

As mentioned earlier, Conarium benefits a lot from its visuals. The game is easily among the best looking first-person adventure games on PlayStation 4. The environments are extremely detailed and everything looks very clean, with no performance drops or any other technical issue in sight. Voice acting is acceptable, and the few music tracks included in the game enhance the horror atmosphere in the right way.

At the end of the day, Conarium is an enjoyable adventure game that is even more enjoyable for those who have in-depth knowledge of Lovecraft's works. While the experience is solid, it doesn't do much to differentiate itself from that seen in similar games, playing it a little too safe. If you have had enough of first-person adventure games, though, Conarium will sadly do little to make you change your mind.

Reviewed on PlayStation 4 (code provided by the publisher). You can purchase the game for PC via Green Man Gaming and for Xbox One via Microsoft Store. 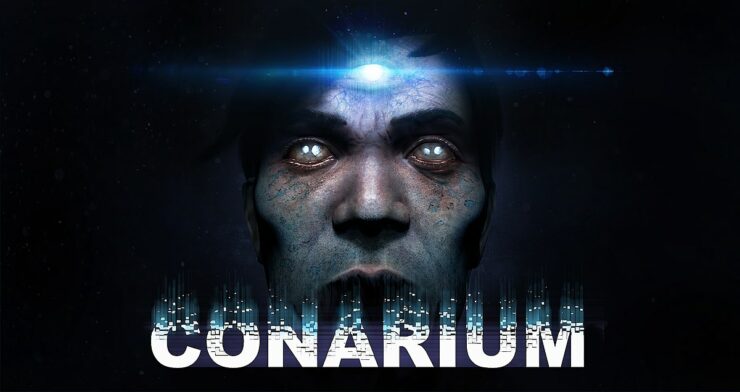 Conarium is an enjoyable first-person adventure game featuring a very nice atmosphere, an interesting story featuring core themes from Lovecraft's works and unusual spin on game progression reminiscent of Metroidvania games. The game, however, does very little outside the usual for the genre, so if you're not into Lovecraft-inspired games there isn't anything unique that Conarium can offer you.