There's something utterly magical about playing a game, beating someone you know, and then seeing their face at the end of it. The defeated smile, and as the five stages of grief wash over their face, pure elation courses through your body. Lockdown and quarantine have been difficult for us all lately, and I'd almost forgotten how it felt to win and rub someone's face in it. It's so much more visceral when you can see them writhe. And that's exactly what Clubhouse Games 51 Worldwide Classics gave to me.

It feels so good. And sure, I had to watch their grief through a low-resolution webcam feed, but I felt every bit of that satisfaction. That's what 51WWC promises, and in the ideal situation, it absolutely delivers. This is a game made to be played with friends, whether they're close by or far away, and indulge in the glee that a victory offers you. But that also posed a little bit of a problem for me. Lockdown and quarantine have been difficult and have prevented me from playing this game in the ideal scenario.

Luckily, Nintendo staff held a short online event where I went up against staff in a variety of games, and in these moments 51 Worldwide Classics was wonderful. When I managed to hit three triple 20s in Darts, showed domination in Four-in-a-row, and came away with the most chips in Blackjack, I was elated. The rest of the time I spent playing was alone, and the experience there was very different. Ordinarily I have friends, I swear. 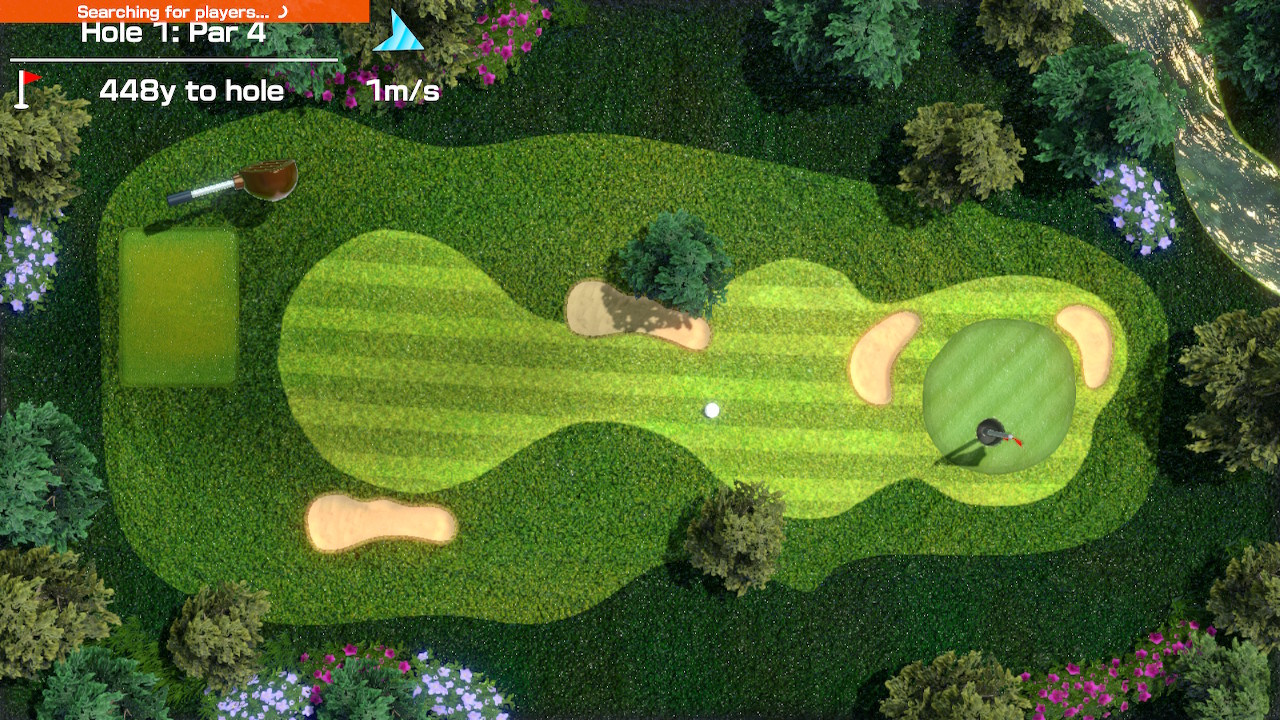 When playing alone, I hate to say it, but Blackjack just isn't all that fun, and most of the games here suffer from exactly the same problem. There are 51 games to find inside this package, and we would run out of words to say about all of the games if we tried to go over them, but there are several distinct varieties.

First off is card games. Texas Hold'em, Blackjack, Sevens, Speed, Matching, two kinds of Solitaire… There are even some recognizable branded games like Uno under the name Last Card. Playing card games on your Nintendo Switch is much easier than playing them with an actual deck of cards. The computer keeps track of all the rules, no one cheats, and they play really well.

There are also a bunch of miniature "Toy" games, including Tennis, Football, Curling, Boxing, Baseball, Slot Cars, and more. All of these play in a variety of ways but are simplified. Toy Baseball sees you simply hitting the ball, and where it lands on the back wall dictates how far your toy batters move. Toy Boxing is a simple game of guarding and punching to push your opponent back. Slot Cars sees you simply adjusting your acceleration to stay ahead of your opponent, but not fly off the track. These are all really simple, low-skill-ceiling games that are great to play with those less familiar with gaming. 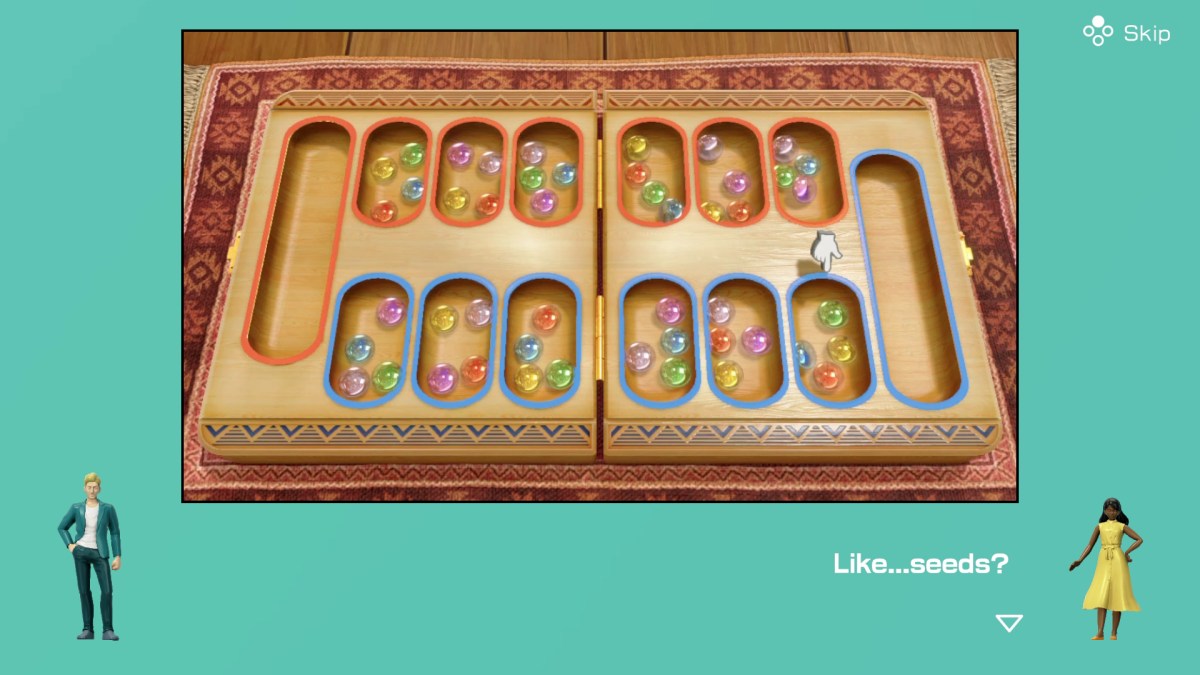 I particularly enjoy the more cultural games, which include Shogi, Mahjong, Mancala, Gomoku, Hanafuda, Hare and Hounds, and more. These are distinct and famous games in different parts of the world, though I wouldn't be surprised if you didn't know how to play Shogi or Mahjong - I certainly didn't before this. But this is where we get to appreciate the tutorials featured in 51 Worldwide Classics. Every single game is explained in detail through multiple how-to tips and a tutorial, and you'll be able to learn games that are entirely new to you. It feels great.

Then there are the more expected board games, including Chess and Checkers, but there are a fair few you may not have expected to see, such as Ludo, Hex, Four-in-a-row, Dominoes, Chinese Checkers, Backgammon… One of the big bonuses to playing these on Nintendo Switch is, again, there's no mess, and you can easily play these during a car ride with a partner - or it can keep the kids quiet while you need to focus on the road. Except for Ludo, because it sucks.

But this is all just scratching the surface. Darts, Bowling, Fishing, Battle Tanks, Shooting Gallery, 6-Ball Puzzle… I'm sure you get the point by now. There are a lot of games included in this package, and some of them, like Darts and Bowling, use the motion control features of the JoyCon, almost making this package feel like a spiritual successor to Wii Sports in places. Of course, there are options to play without motion controls too.

So now that we've hammered home just how wide the variety of games in this package is, we need to look at how good they are. Every single game in this package looks great. That shouldn't even be a point, because it's not like a game of chess hinges of how nice the pieces look, but the amount of effort put into every facet of this game is stunning. Woodgrain texture on the game boards shine through, the environments in Darts and Bowling feel filled out, the toy games look like actual, detailed toys you could play with, polished floors reflect their surroundings - it all looks marvelous, and it honestly didn't need to at all. 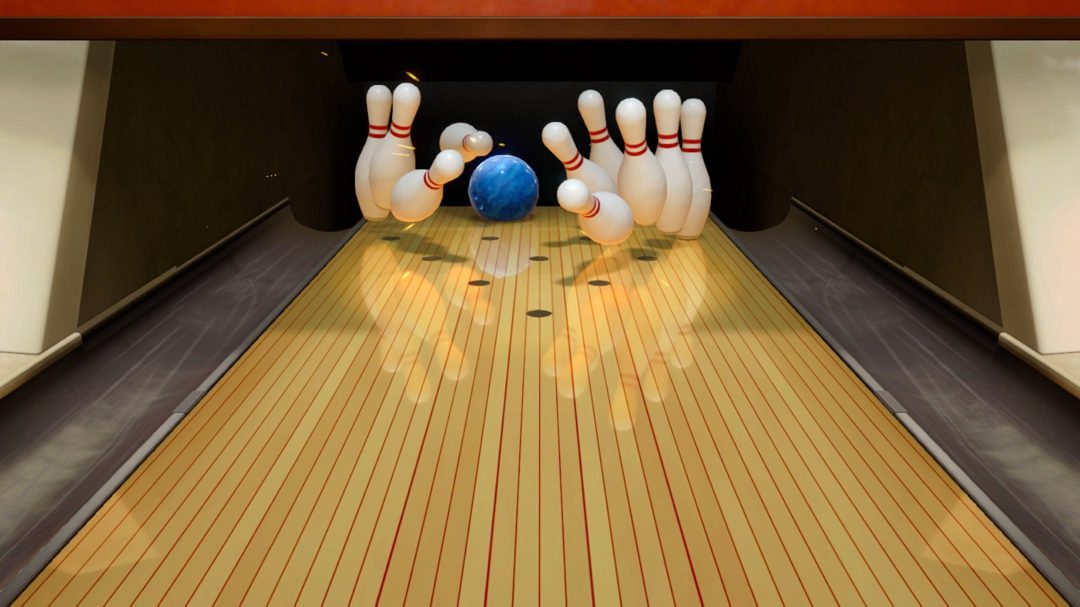 In addition to looking good, those aforementioned tutorials and the varying levels of CPU difficulty for every single game is incredible, giving the game a shocking amount of replay value even if you play alone. Though, playing alone is not where this game shines. I smiled while getting strikes in Bowling and beating my own scores in Golf, but without someone to compete against, the game doesn't feel the same. I don't get elated, I'm just killing time. This is a game designed to be played with friends, either in the same room or online. Without that, it loses something. And this isn't just because I'm mad that the CPU in games I didn't understand kept beating me. Although it is partially.

51 Worldwide Classics has me torn. On the one hand, all of the games play well, look great, and learning to play brand new games I'd heard about but never played before was wonderful. On the other, playing the games by myself just felt like a waste of time. Playing Checkers or Toy Baseball against the CPU ends up being a trial of patience, and I often found myself bored and backing out of the games before it was even done. This happened far too often.

And that's because this game isn't meant to be played solo. Sure, you can play it alone, but this is meant to be for gathering friends around with their Switch consoles, all laughing and playing in the same room - or at least in an online chat room. Without people to enjoy this with, it feels sadly hollow. I could play any of these games I quit again, and as long as I'm playing with someone I can talk to, someone I can hear crying in agony when I win, I would enjoy them all.

Clubhouse Games 51 Worldwide Classics is the best minigame collection on Nintendo Switch, but just like Super Mario Party, playing alone is an act of futility. This will be essential for gatherings with friends once lockdown concludes, but if you intend to sit with this by yourself, you might be better sitting out entirely.